A week or so back, I sent a package stateside for Fuji. Amazingly, the package arrived all the way in California with in a few days of sending it. The return care package got here on Monday, and here were the goodies contained within.

I'll note here that there were a couple of additional Senators cards, but those won't make an appearance until I start posting my 50 favourite Ottawa cards at some point. 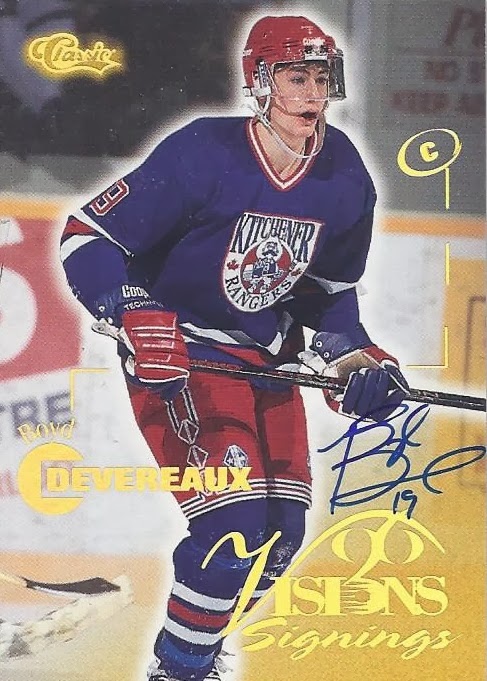 Starting off, here's an obvious additon to my collection of Kitchener Rangers alumni. It is form the 1996 Visions Signings, and features Boyd Devereaux wearing the Rangers blues. Notably, it features a lamentable mid 90s attempt at a new look for the jersey, which had always resembled the NY Rangers look. It didn't last long. 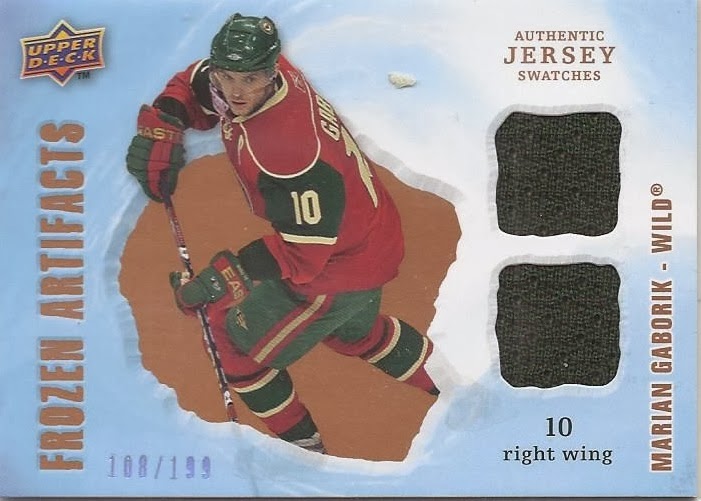 Also included was a new Marian Gaborik for my 2/14 collection. It moves him even further into the lead in terms of representation in the binder with his 44th card. 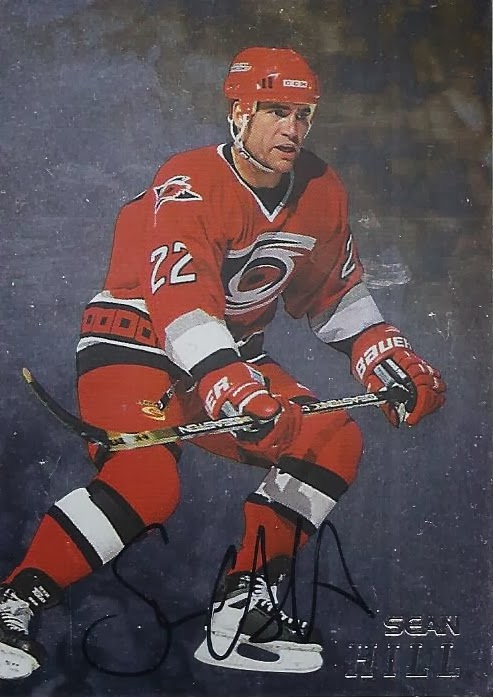 Also included was my first Sean Hill hit for my 2/14 binder. 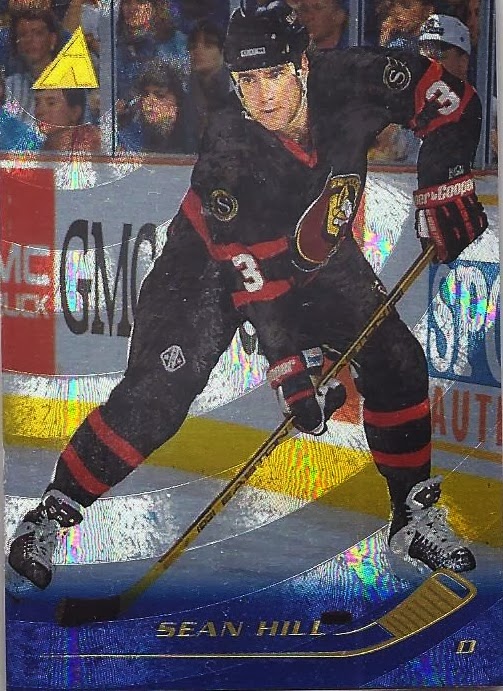 But there was also a nice new Senators card of Mr. Hill. I have the base version of this, so here's the Rink Collection parallel. He moves into the double digit club with these 2 cards, and ties Dave Lowry with 10 cards each. 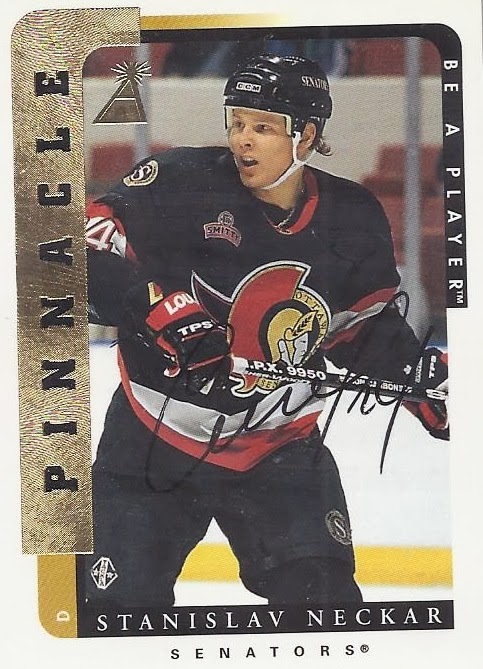 But that wasn't it for hits - there was also this one of Stan Neckar. He was better known as the guy had with the last name that nobody pronounced correctly  the first time. It's NETS-CASH. 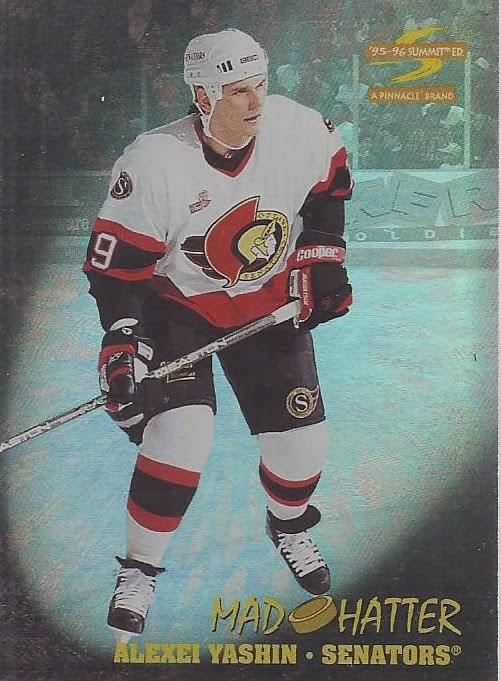 And finally, there were 3 Alexei Yashins in the pack as well. This is my favourite of the 3. Mad Hatter is a definite interesting subset name to salute 3 goal games. Only one problem. There's no hat pictured any place on the card.

Thanks for the great trade! I'll certainly take a peek for interesting Sharks relics at the Expo next week that just scream "PWE".
Posted by buckstorecards at 17:20