As I was closing in on this milestone, I noticed it would arrive at about the same time I was busting the Update Jumbo box. I didn't really want to have a pack of that for my 500th post, so I elected to pick up a Fairfield repack. This promised two packs and 100 cards. I didn't know if the packs were supposed to be in addition to or part of the 100 packs. Either way, there's no better way for me to reach the milestone than some sort of repack, so here goes. And I'm scanning every item in it. 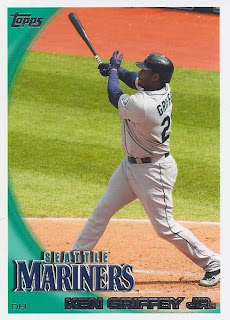 This was one of the visible cards. Griffey's Topps finale was a great way to start the repack,

Of course, repacks mean that there will be Glossy Topps All-Star cards. Here's some of them from their 1991 subset. I don't think I ever bought the rack packs back then, so I don't remember ever pulling any of these. 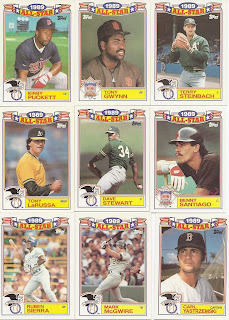 And if the three from the 1991 subset weren't enough, here's 9 from the 1990 subset.Yaz was the honourary captain. 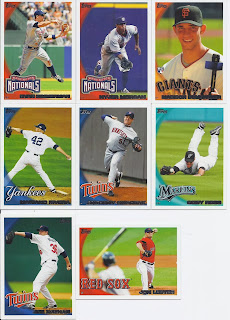 Continuing a theme of cards from the same set being grouped together, here's a bunch of 2010 Topps. Cody Ross' snow cone catch is the easy winner here. 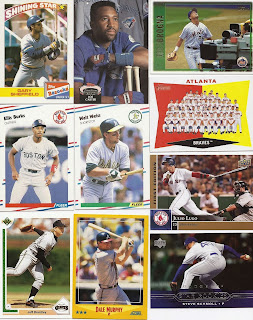 The grouping of the same set cards comes to an end for now. But there are some interesting ones here. Rico Brogna puts a whole new meaning on "player behind the camera" shot. That's a great oddball Sheffield. I think I already have that Joe Carter in my PC of his, and darned if  don't love that sidearm wind-up on the Steve Schmoll. Still, my MEts love and bias comes through and Rico is my favourite card here. 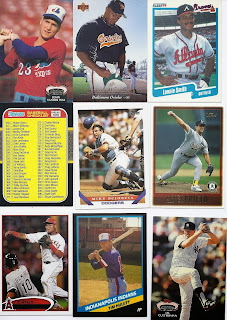 An autograph signing. A great catcher shot. Turning two. A nice mix, but not enough to knock the minor league card out of the top spot as my favourite in this batch. 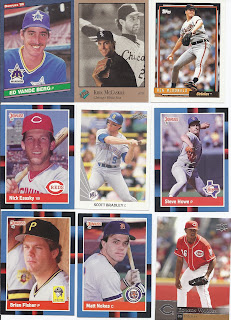 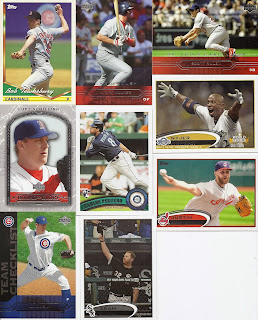 Much as I like the design of the Schilling and the goofy photo of Nyjer, again, I have to vote for the Canadian as my favourite card here. 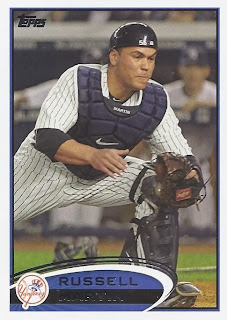 And this was the card visible on the back. Another Canadian! 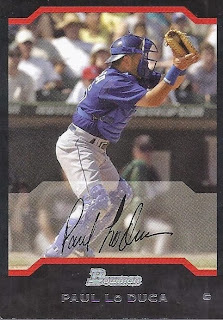 And there was this future Met visible on the front of the other side. 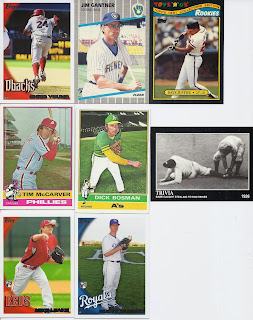 The next mix of cards. More 2010 Topps. Not counting the packs, these were the most from one set in the repack. I also have the two oldest cards in the repack with the pair from 1976, and an oddball with the Dave Justice. Still, this one easily goes to the Babe Ruth, based on the detailed write-up on the back of the card. 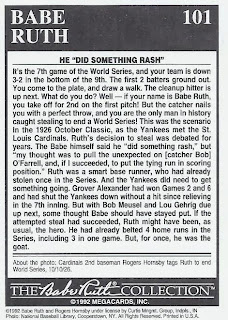 It's worth the read. 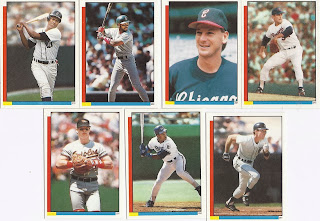 I could tell there was something in the repack that was smaller than your standard card. I was expecting UK minis. Instead, I got a bunch 1990 Topps stickers. Lou Whitaker, Ellis Burks, Bobby Thigpen, Nolan Ryan, Mickey Tettleton, Bo Jackson and Alan Trammell would be a pretty good grab bag back in 1990. 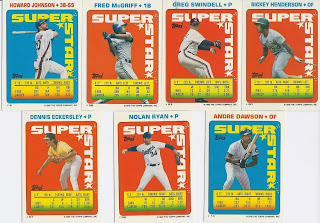 And here are the backs. Cards on their own! Do these count as 7 or 14 in the overall card count? 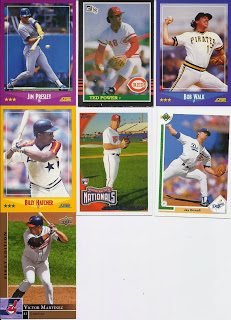 And here's the bix of cards on the back. Nothing too major here. I'll give the nod here to the Jim Presley for the nice shot taken just before the moment of impact.

Onto the packs. First up - 1989 Fleer. Would I end up with one of the Billy Ripken variants? How about a Randy Johnson or Ken Griffey Jr? 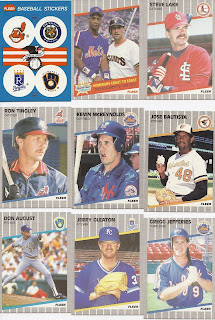 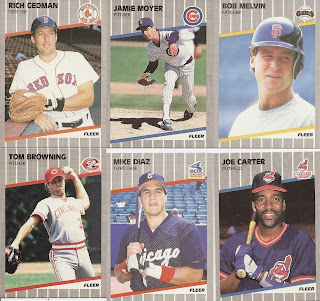 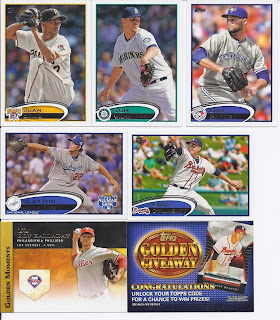 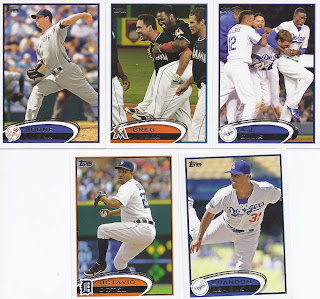 I didn't bust too much Update, but I think I pulled a Tom Wilhelmsen every time I picked up a pack or two. I give the best photo here to the Dobbs card by a whisker over the Ellis. Mainly because a post-game celebration really shouldn't include headlocks.

Whew. That reminds me why I don't post every repack card on a frequent basis.

Tomorrow, back to the Update box.
Posted by buckstorecards at 13:58