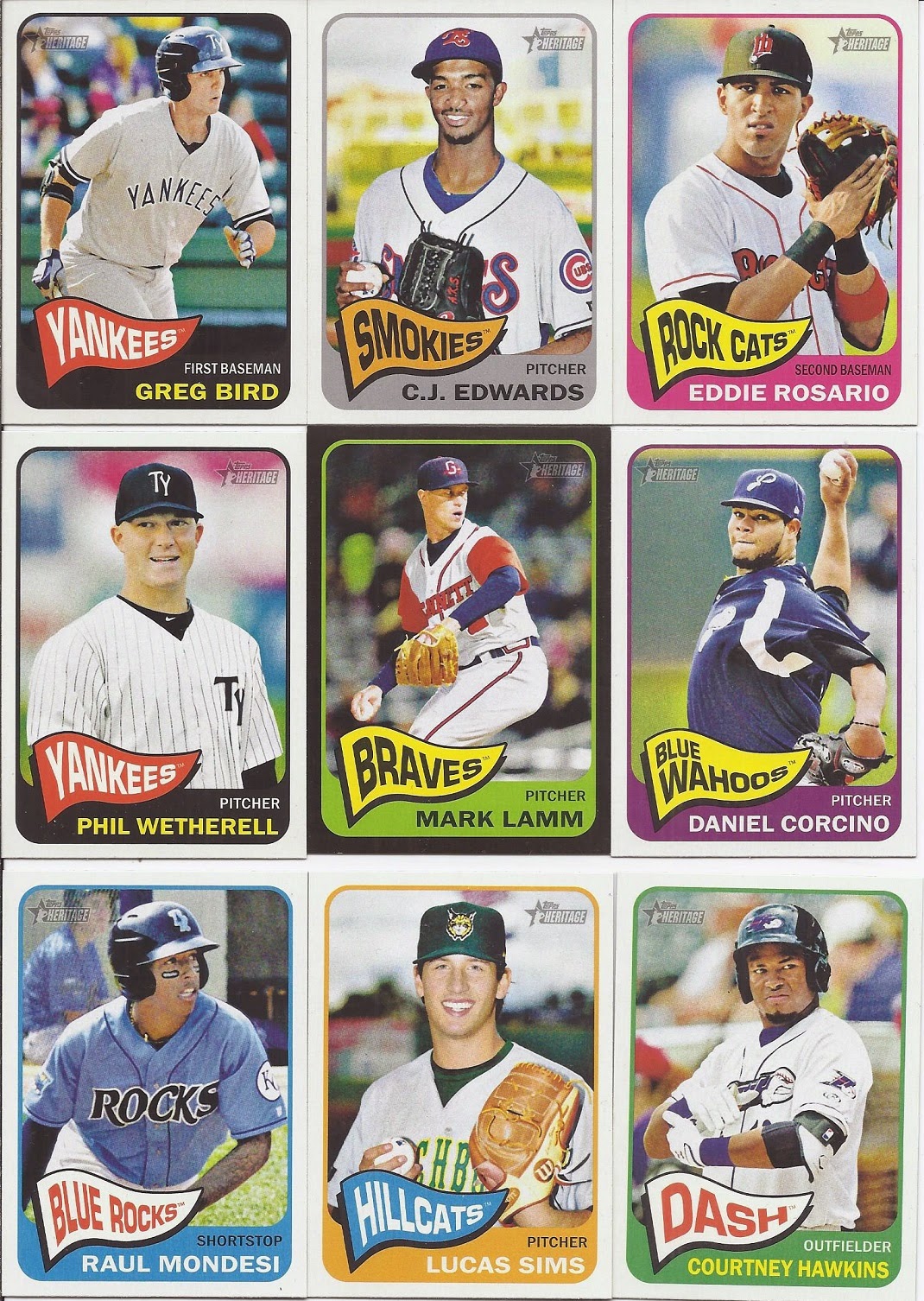 For me, this would be a pretty bland pack. But still some nice things with the appearance of the Winston-Salem Dash on the Courtney Hawkins. And there's my second black parallel of the break. I should get 2 or 3 per box. 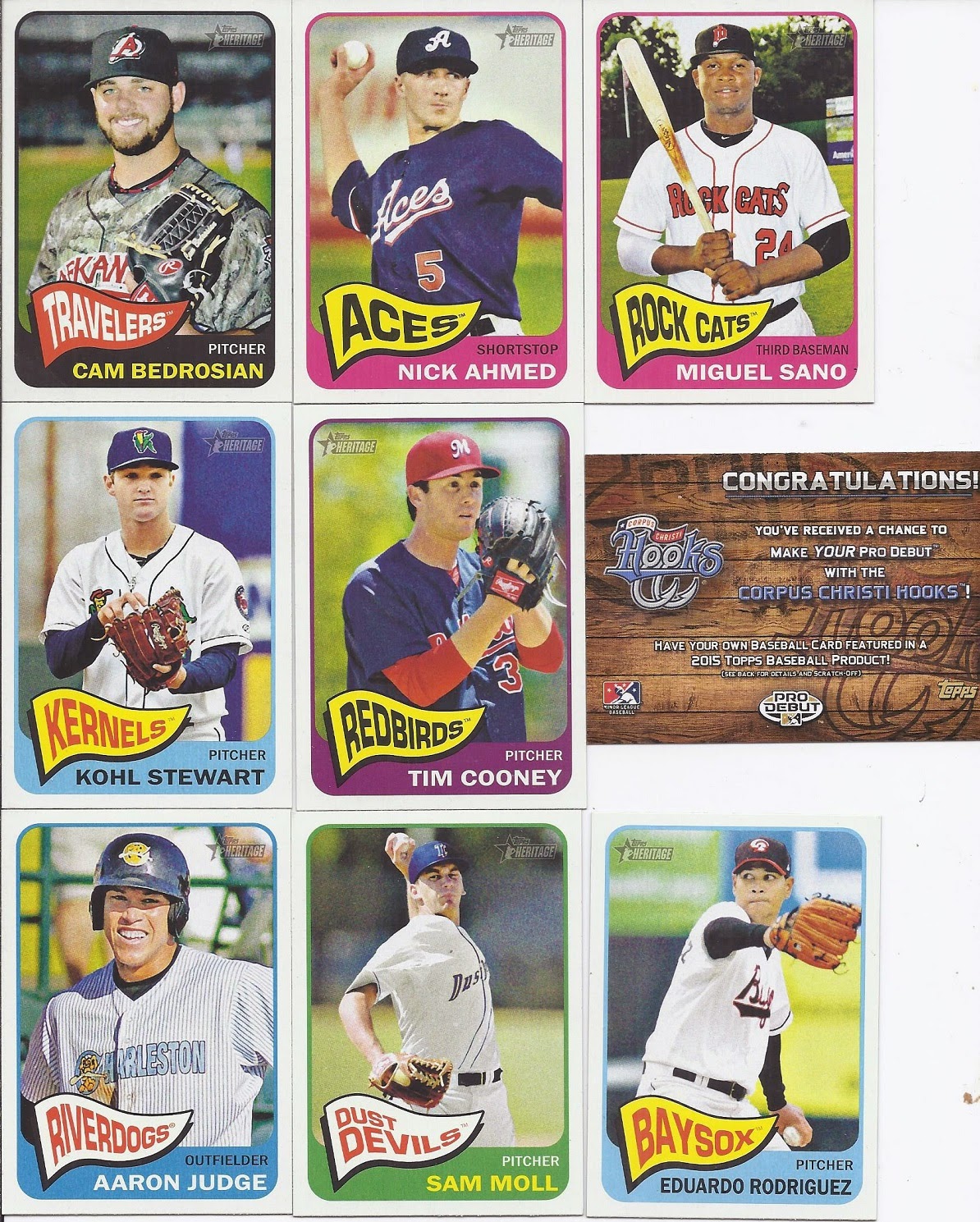 And now, my only complaint about the set. One of those "enter a contest" cards actually counted as a card in the 9 card pack. And I can't even enter since I'm not a US resident (and even then, those in Hawaii and Alaska are also screwed). But I still love a couple of these cards for the alternate camo jersey on Cam Bedrosian (Yes, he is Steve's son) and the Riverdogs logo. 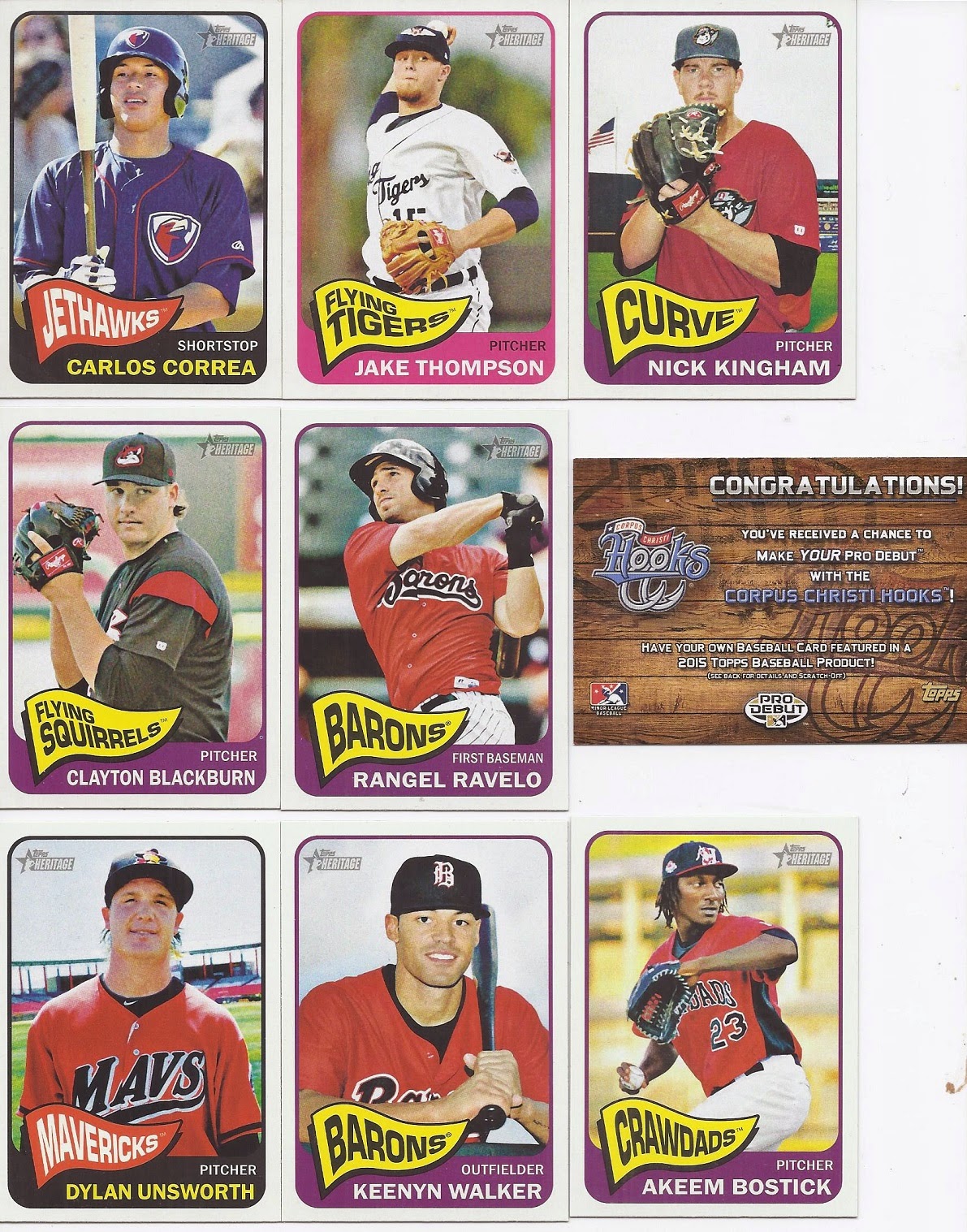 Only 1 more entry card to go. It is good to get one of the big draws of the set out of the way with the Correa. Other than that, this was a pack you'd love if you love red jerseys. 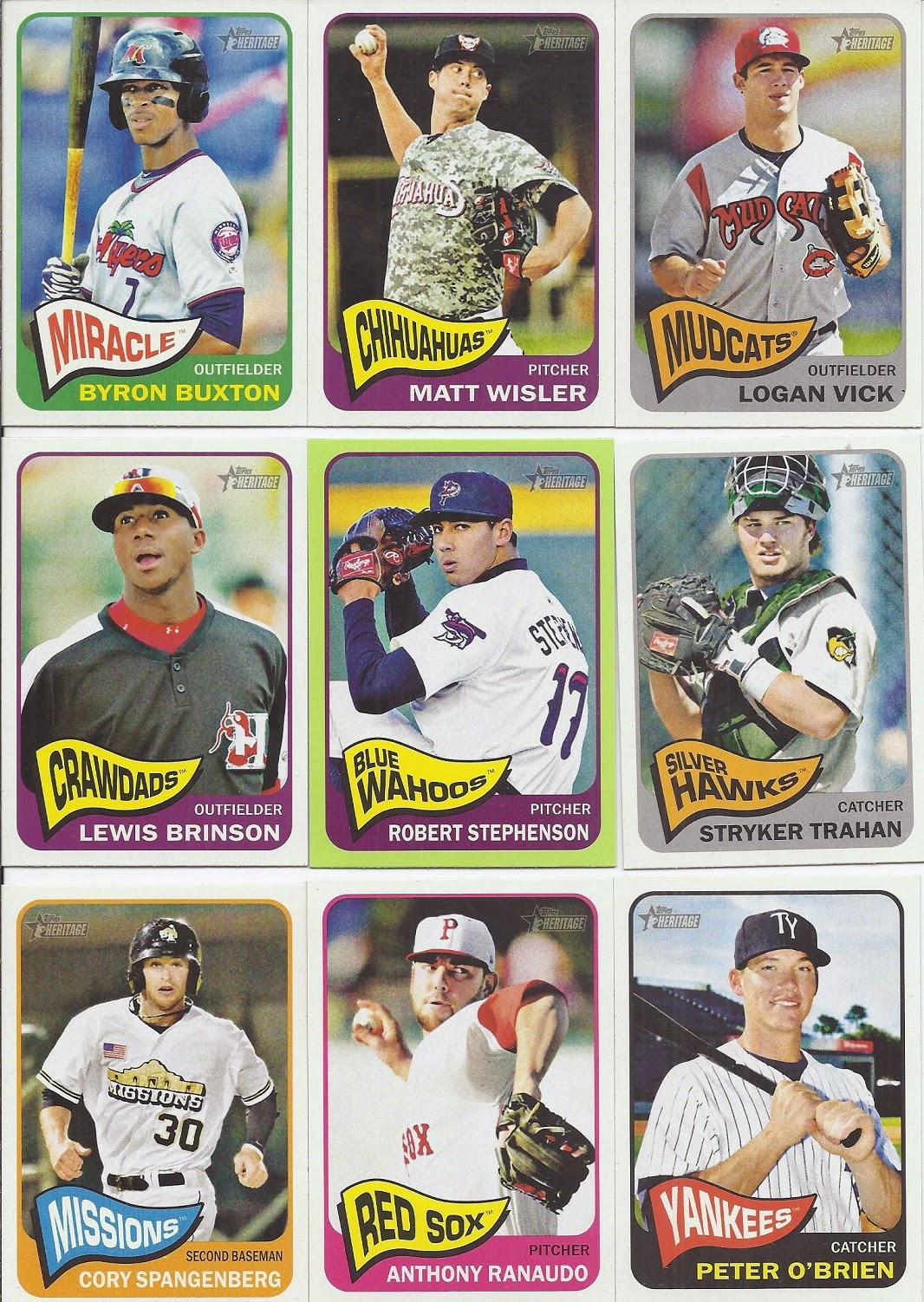 Another camo jersey here, this time for the El Paso Chihuahuas. Combined with a nice look at the cap logo for the team. In fact, I'm kinda tempted to grab a t-shirt with that logo on it. Lots of visible, unique logos here on some of the other teams as well, and I especially love how the San Antonio logo works with the logo. In the middle is a lime parallel. They aren't numbered, but fall at one per box. So, I'm guessing they're limited to about 50 each. 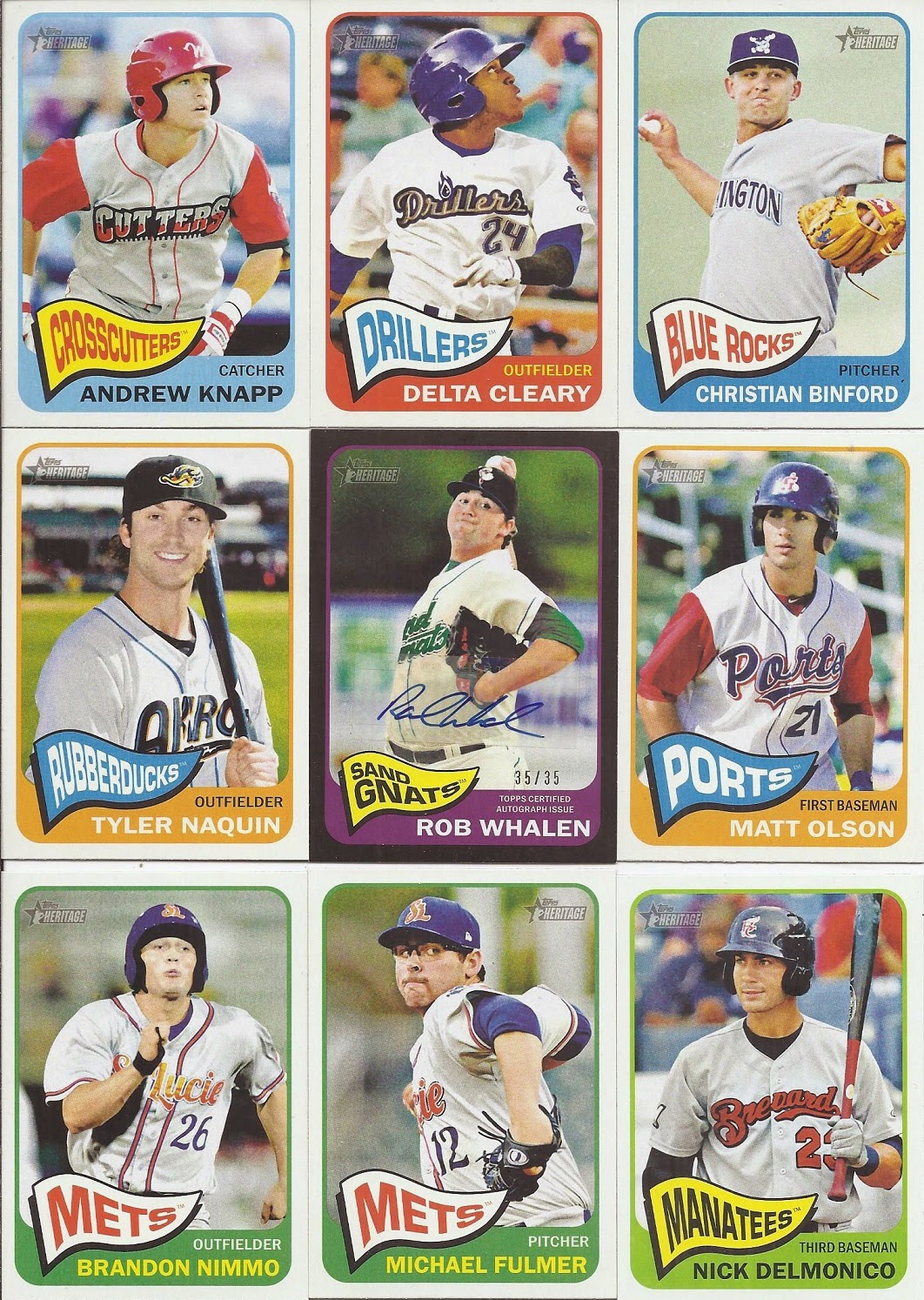 WOO-HOO! My second autograph, and it is of a Mets prospect! And it is limited to only 35 copies! Rob Whalen has put up some great numbers so far in A ball, going 9-1 with a 2.01 ERA this past year. He's also a lifelong Mets fan! What a great addition to my collection of Mets hits! And it doesn't appear that Whalen has any cardboard appearances prior to this one, making this an even nicer pull. They're even two more obvious Mets prospects lurking on the second row. And the Crosscutters to have a great jersey logo as well. 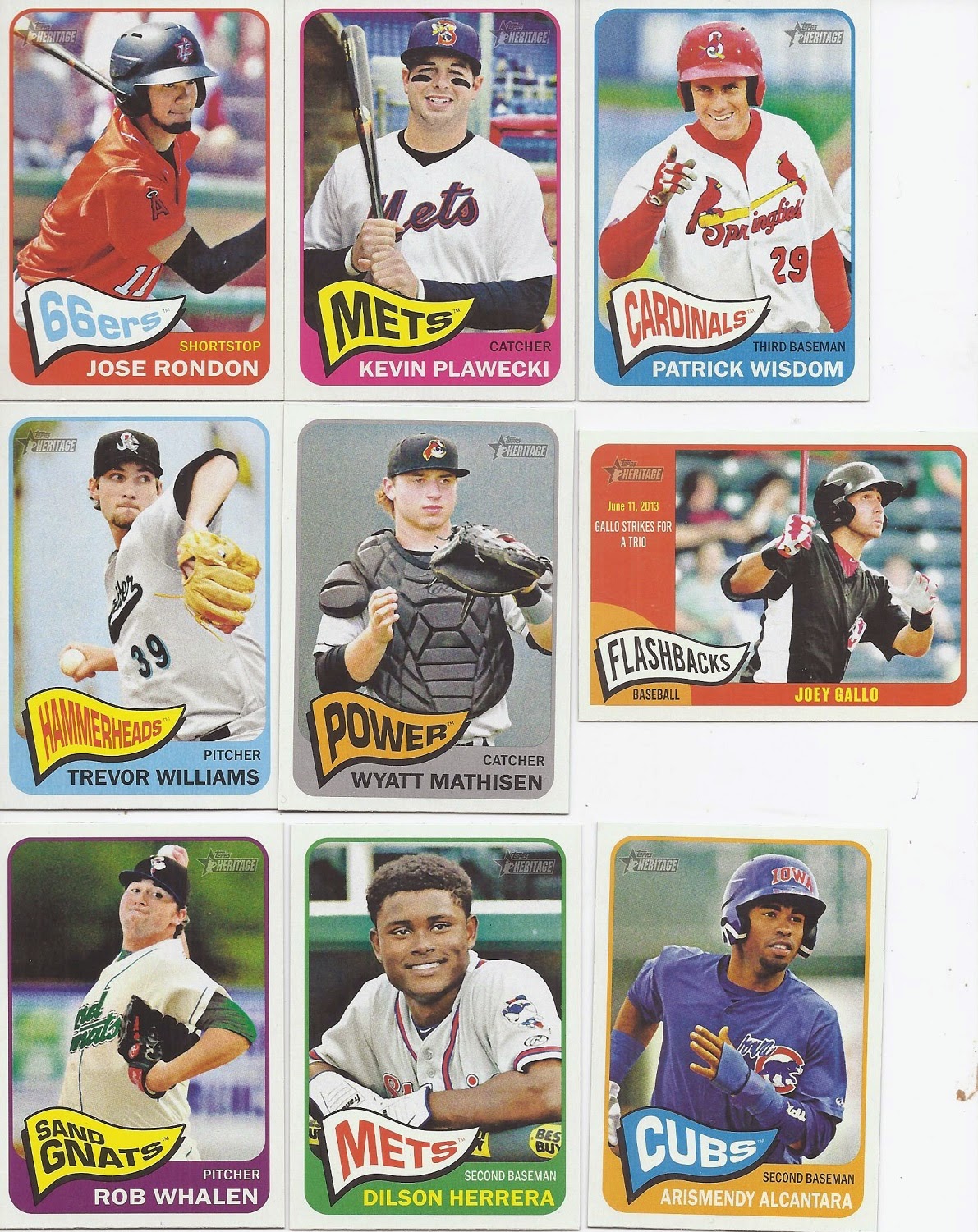 So, I've got the two autos out of the way, but I still have the relic to find in this box.
Posted by buckstorecards at 17:05