900 posts. Wow. I was going to show off the contents from my second jumbo pack of 2014 Topps Football, but I guess I'll do something appropriate for me, and pick up a repack instead. The only hockey items at Target this morning were those 100 card rack packs, which usually leave me with enough 1990 Bowman/Score to wallpaper a room, the 20 packs and a hit repack (too much volume), and a single box with 4 packs, 50 cards, and a bonus item. I went with that. And the last one of these landed me a Young Guns of Tavares.

The bonus item usually turns out to be a garish Pacific card. Not this time. 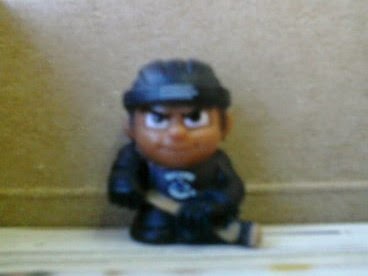 A random miniature Vancouver Canucks guy. It is really tiny - about the size of the top third of my pinky finger. At least it is less likely to cause blindness than the typical Pacific card.

For the card portion, let's start with the 50 cards! 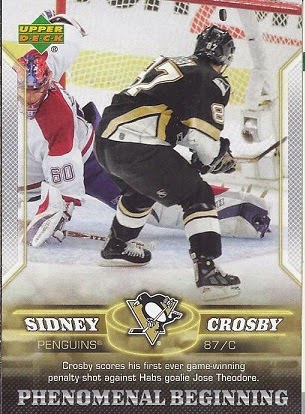 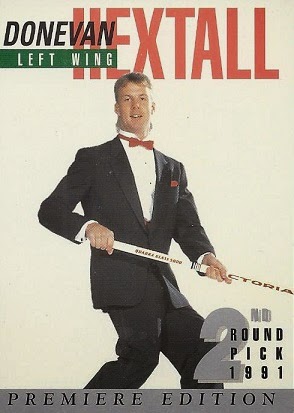 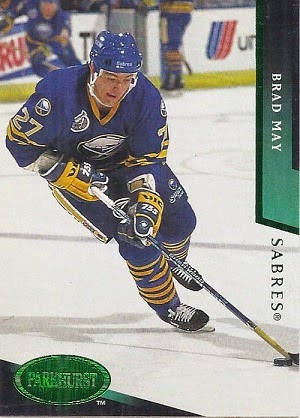 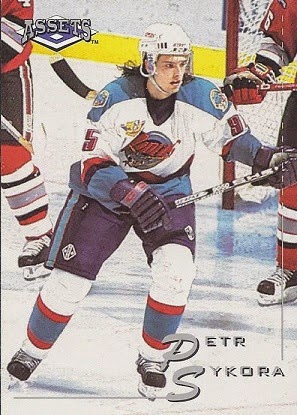 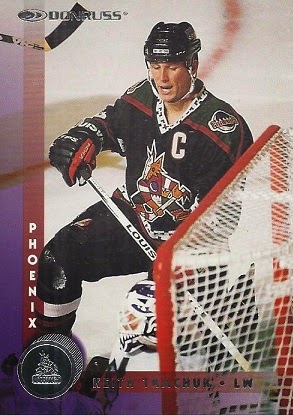 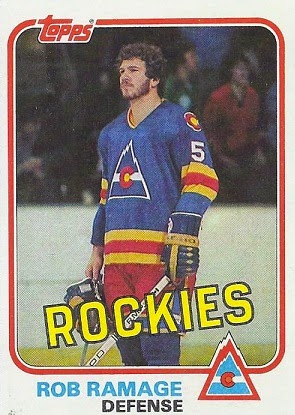 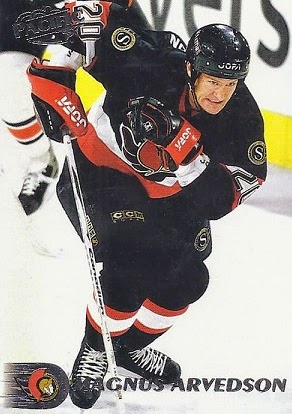 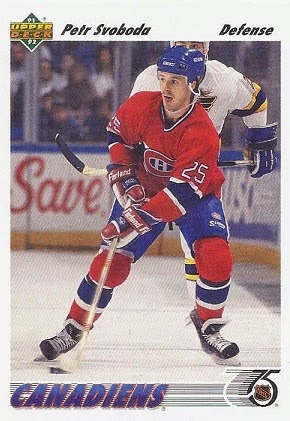 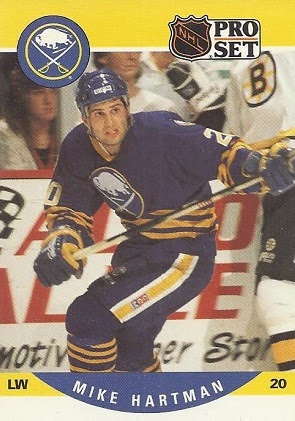 1990 Pro Set - Mike Hartman - A Hall of Famer! That's the National Jewish Sports Hall of Fame and Museum, mind you. Thanks wikipedia! 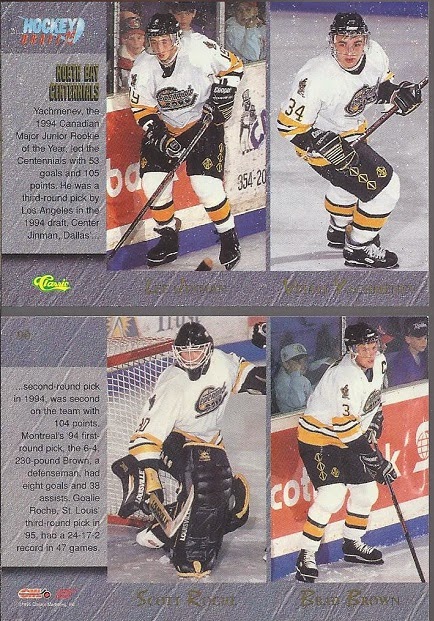 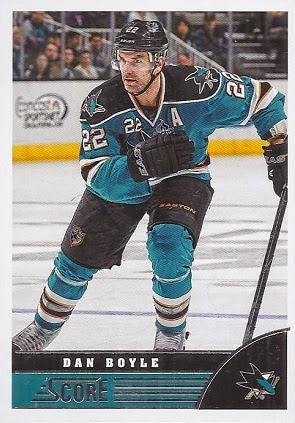 2013 Score - Dan Boyle - I'm surprised to find something relatively recent in these. Not the best, but at least it breaks the string of cards from 90 or 91.
2013 Prizm - Alex Semin 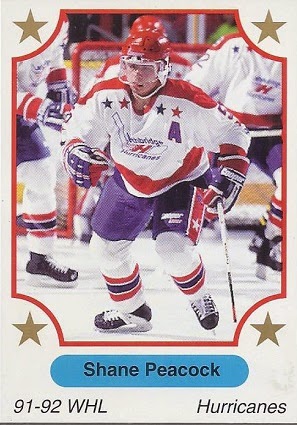 1991 7th Inning Sketch - WHL - Shane Peacock - And that's the end of the random cards portion. And now, the packs. 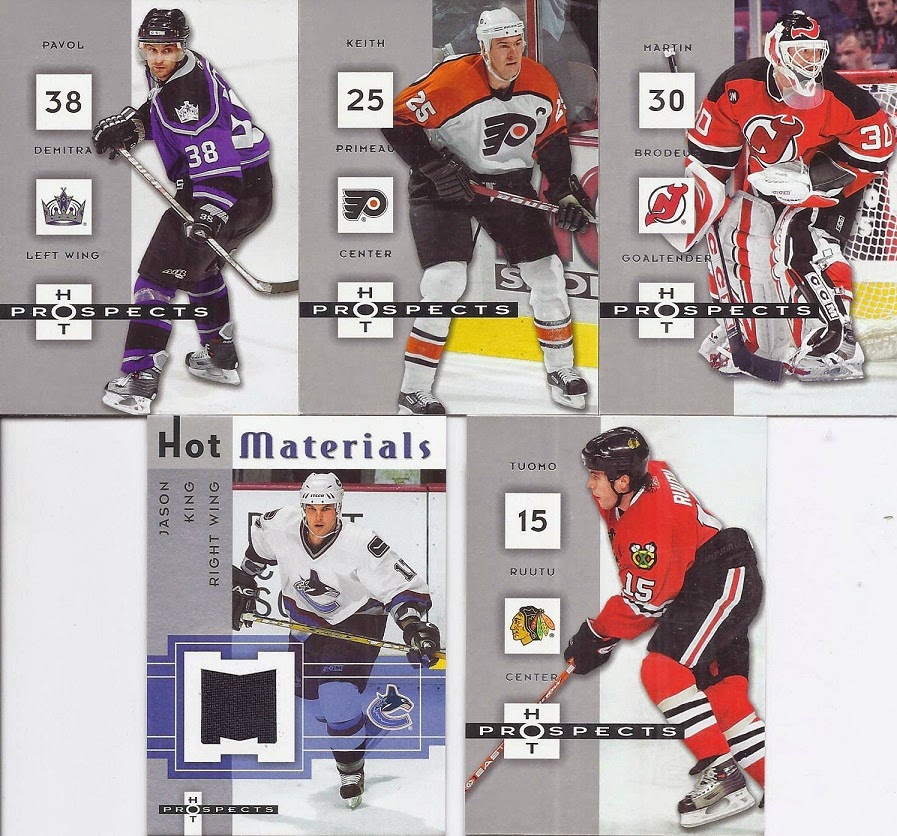 2005 Hot Prospects - Wow. Surprised to pull a relic hit out of one of these. Mind you, it is somebody who I havent even heard of. There were no odds on this pull on the pack.

2007 Victory - Nothing much to see here, although Biron is rocking his "I just traded from Buffalo" look with the plain mask and blue/yellow pads.

2010 Victory - More Victory? When it includes a new Brandon Sutter for my 2/14 collection, I don't have much to complain about. 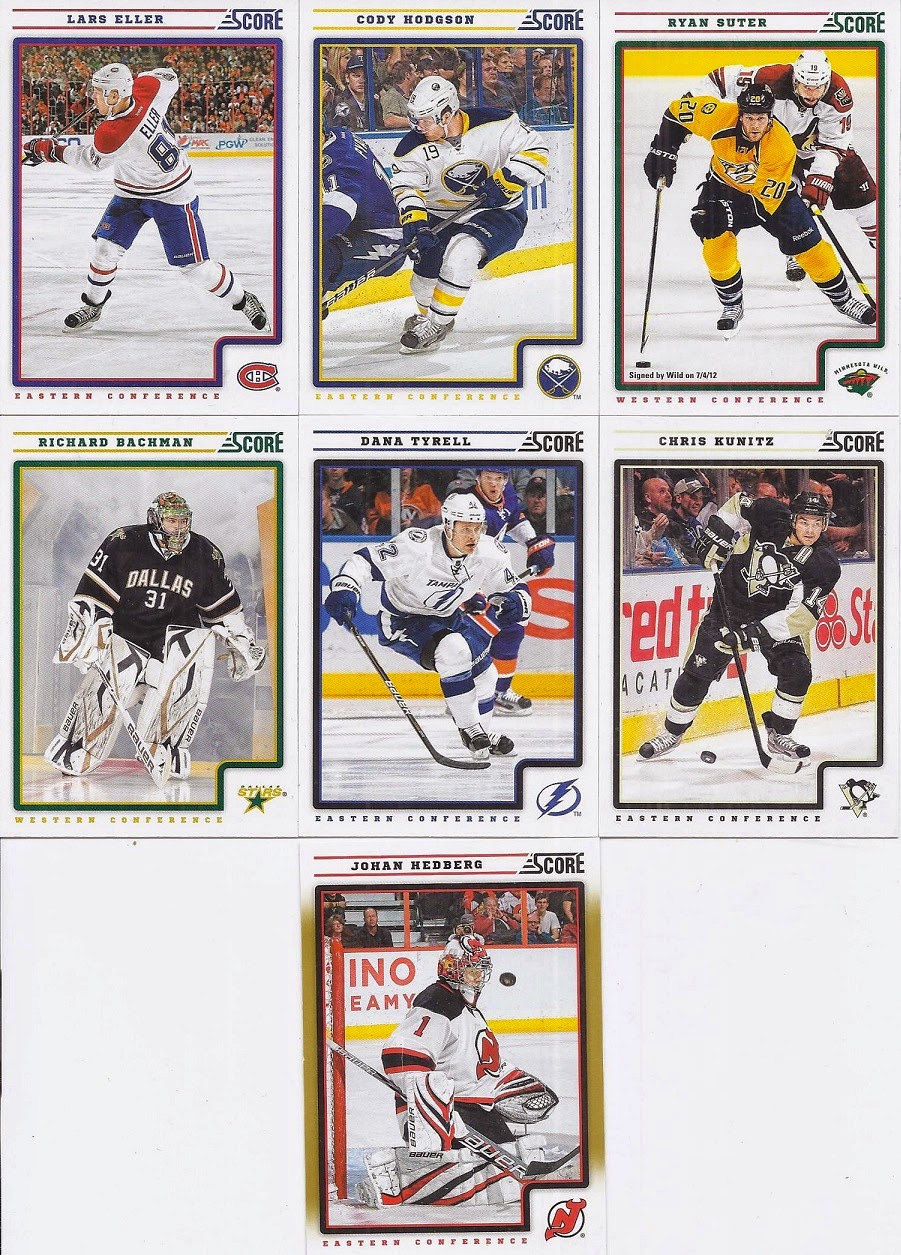 2012 Score - While I'd rather have Richard Bachman 'Shining' mask for my collection, this will do. As will the parallel of Hedberg's devilish moose mask.

The bonus item was certainly a unique one. And it is enough, along with the Ramage, the relic and the 2/14 cards for me to give a slight thumbs up to this repack.

And no repack stuff tomorrow. I promise.
Posted by buckstorecards at 13:20