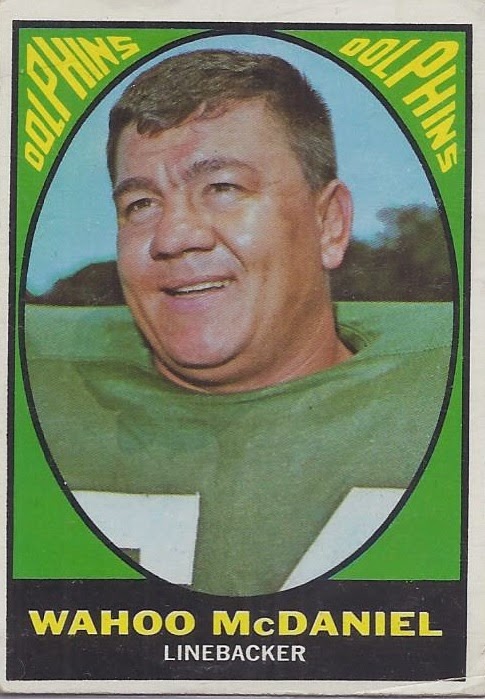 Despite a 9 year career, this 1967 issue was Wahoo's only football card. Despite joining the Dolphins one year earlier, that still looks a lot more like a Jets than a Dolphins uniform. Wahoo would obtain more fame as a professional wrestler, which was the reason that I grabbed this card through the COMC Challenges. Even at $9, this card, with about 10 percent of the back obscured by stuck wax pack, was still cheaper than the issues from his wrestling career.

"I wish (Wahoo) was alive so I could dream about Daniel Snyder going up to him and calling him a Redskin. That would turn out well" - Phil Rippa at the Death Valley Driver Video Review