I actually won a contest! This was one put on by the local radio station, and they offered up a free bus trip to and from Owen Sound for the Kitchener Rangers season opener, tickets in a suite, and enough food to satiate a small army. I put away enough pizza and chicken fingers/wings to really pity my terlet tomorrow. 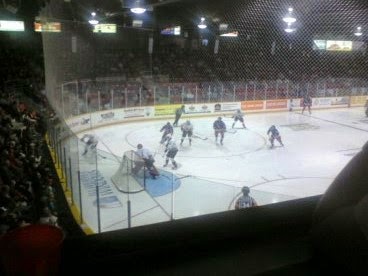 I had a  nice view as the Rangers continued their momentum from last season as they battled their way to a 6-1 loss. I was hoping to spot a team card set in the team store, but no dice. So, I'll head to the repack I pulled the Bruce Boudreau auto from earlier this week, and highlight the alumni of both teams I found within. 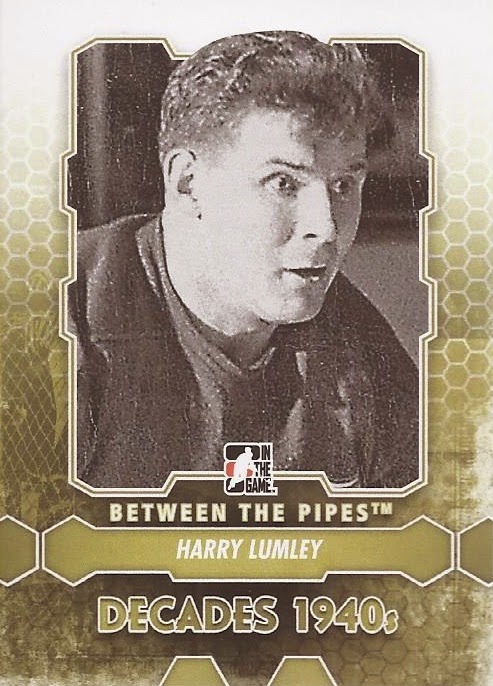 This was not in the repack. But, this did seem like an appropriate place to show off htis card. The Community Centre in which the game was played is named after Apple Cheeks Lumley. He made his NHL debut at 17 - the youngest ever for a goalie. That's one record that will likely never fall. 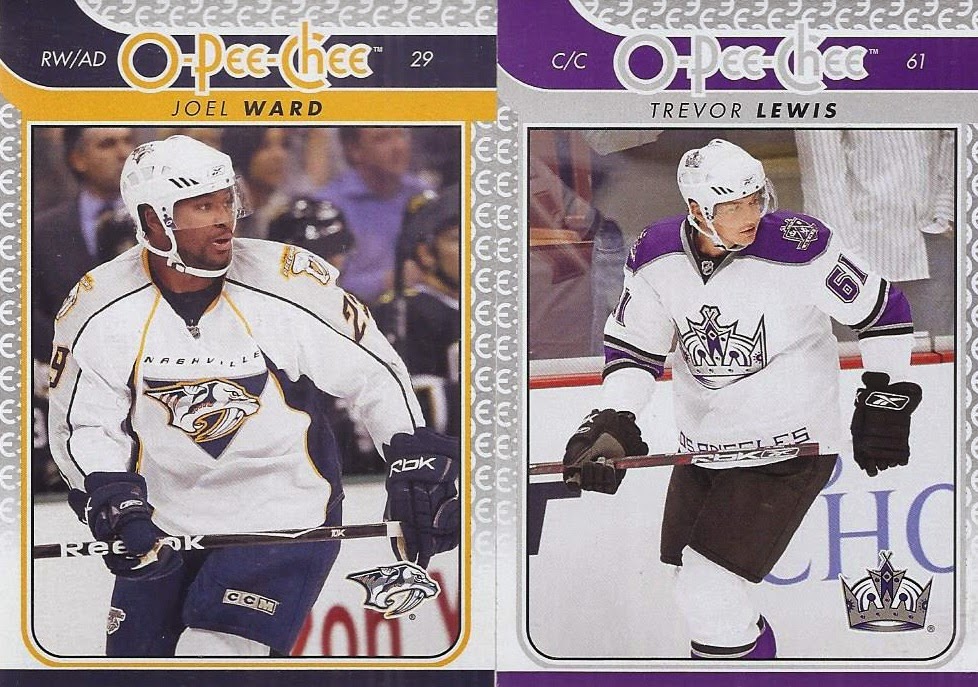 Since the Attack won handily, I'll lead with their cards. Just a pair though - both from the loose cards in the pack. Ward played 4 years for the team when they were known as the Platers and during their time as the Attack. Lewis spent one season there.

If the game came down to alumni content in the pack, then the Rangers would have squeaked it out, with a pair of loose cards and a sticker. 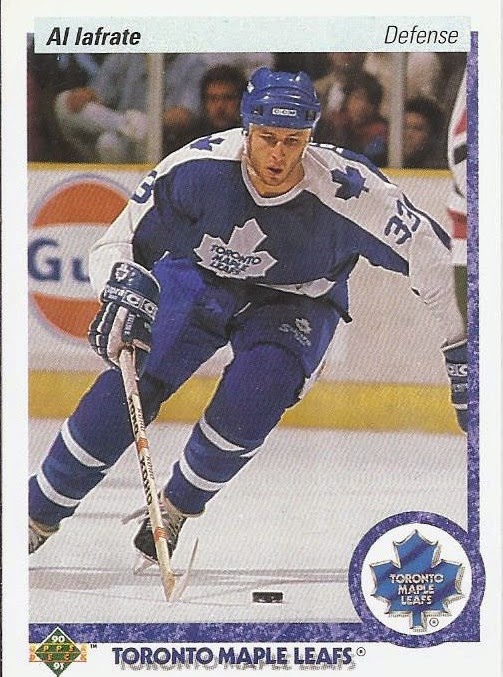 But, there was one more with ties to Kitchener. Al never played there. He only spent a few games in Belleville before moving up to the NHL. But, his son Max is a current member of the team. I think the only way he made the score sheet last night was via the sin bin.

67 more games to make things better!
Posted by buckstorecards at 21:45