Yup. More as I continue the set build of 2014-15's OPC set. For the first time since my original pack , I'm busting individual packs as opposed to something out of  boxes. This time, there were finally rack packs down at the old Wally World, and I grabbed 3 of them. They promised 32 cards per rack pack, with each containing 2 of the SPs, and 1 sticker.

The minis fell at a rate of 1 per 16 rack packs (I think, I've already tossed the wrappers), so finding two of them in the same pack was certainly a surprise when you see those odds. Mario is always a nice pull, especially when it comes at those odds.

Digging more into the packs, here were the promised 3 stickers. Not much variety in terms of colour choices in this, but a nice mix. I always enjoy legend cards, and the Kadri will be another addition to my Rangers alumni collection. 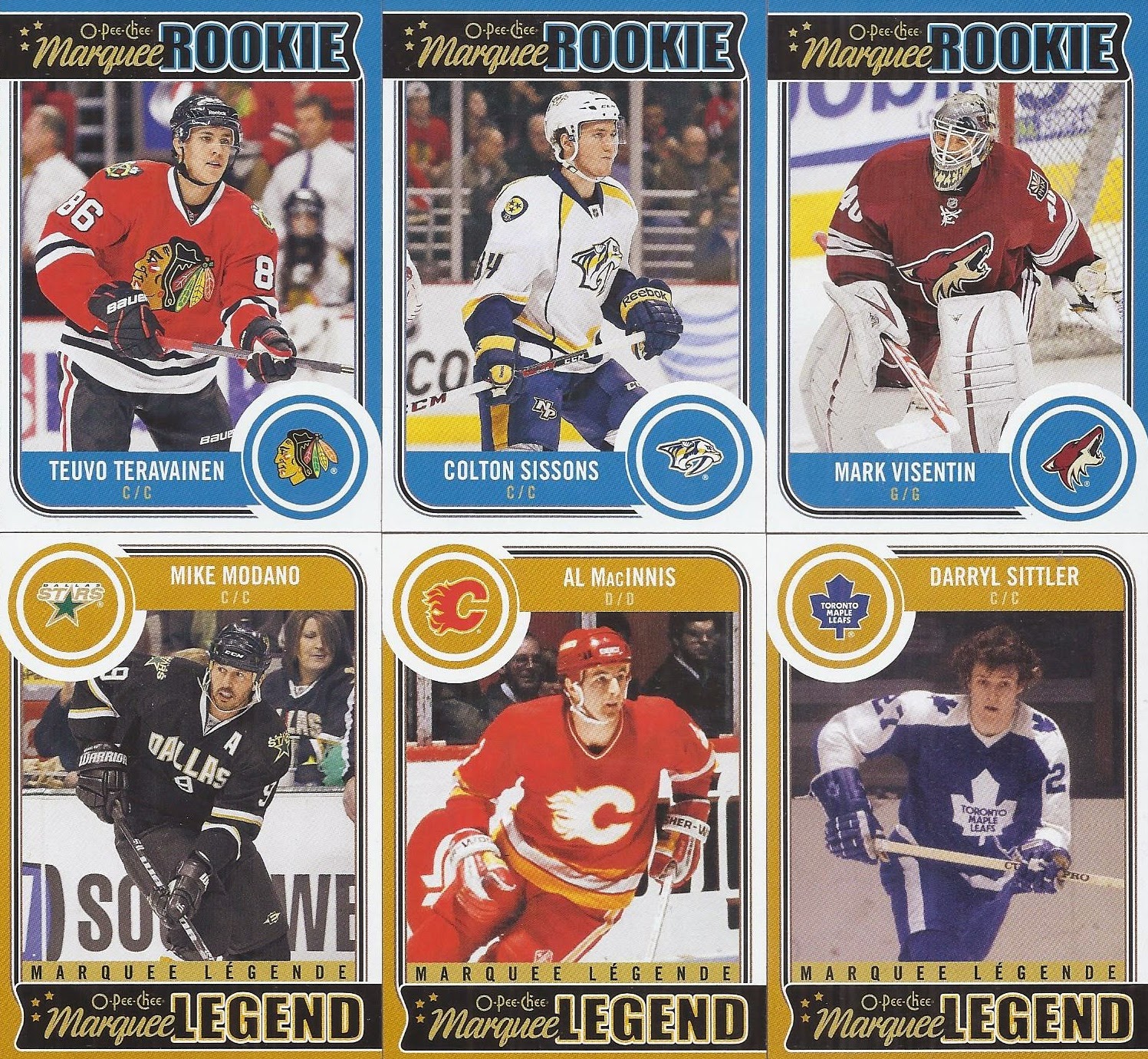 With 2 cards promised from the SP portion of the set, I expected one marquee rookie, and one marquee legend per pack. I got what I expected. For the rookies, with Teuvo being one of the hyped ones for 2014's releases, it is nice to knock that one off my list.  Modano is a nice name to see in the legend portion of the set, and Macinnis is another Rangers alum. Have I mentioned that I saw him score 5 goals in a single game? And that it remains the record for goals in a CHL game by a blueliner?

Pretty much every time I post one of his cards, you say?

I'm the Al Bundy of spectators. 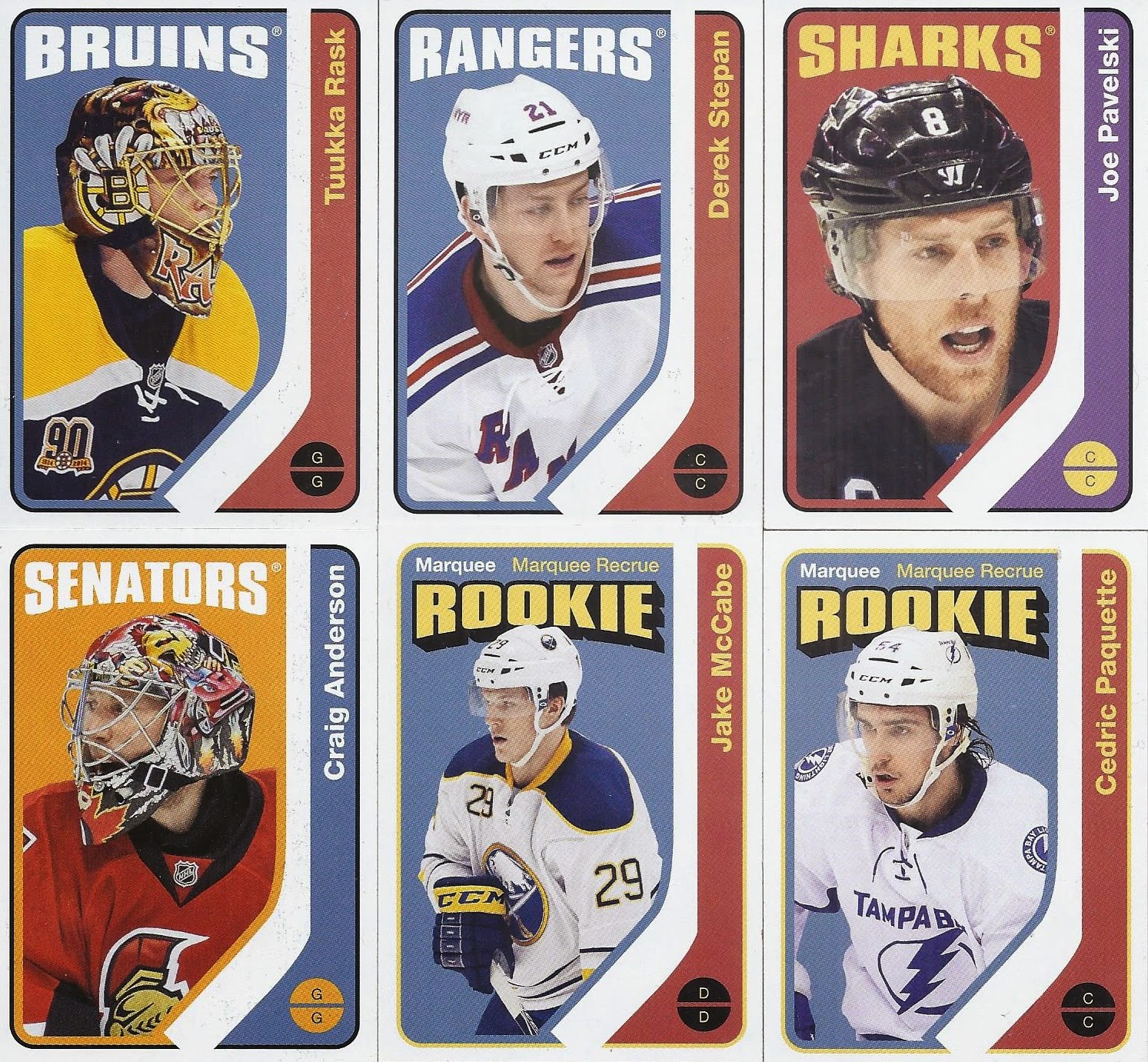 Here were the retros. It is nice to grab a pair of mask close-ups for that binder. 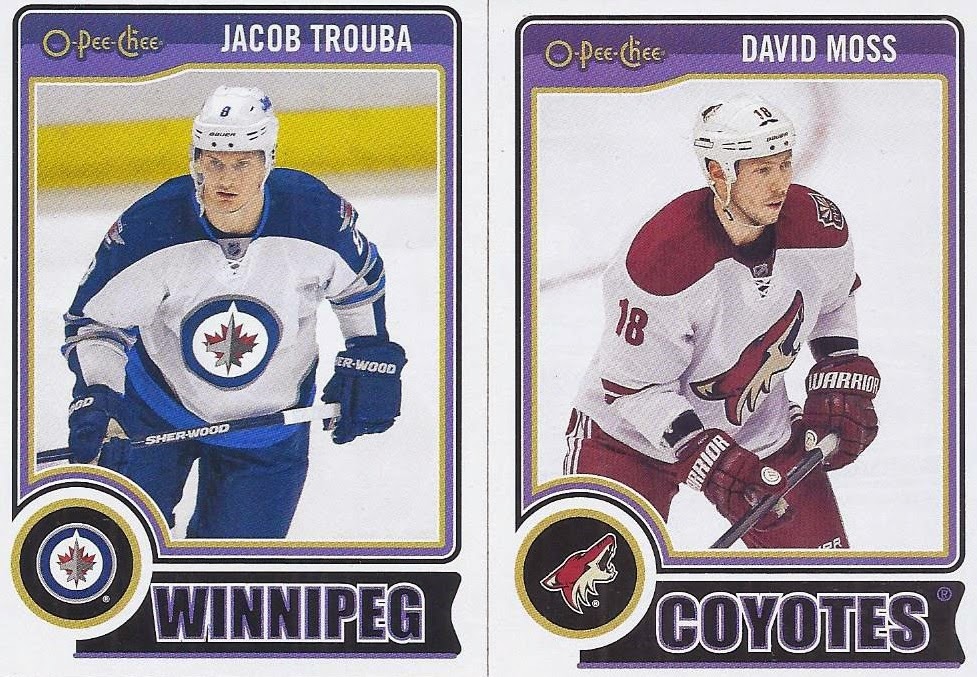 Getting into the base cards, these were dupes, but dupes that will be heading off to TMM over the next envelope or two. 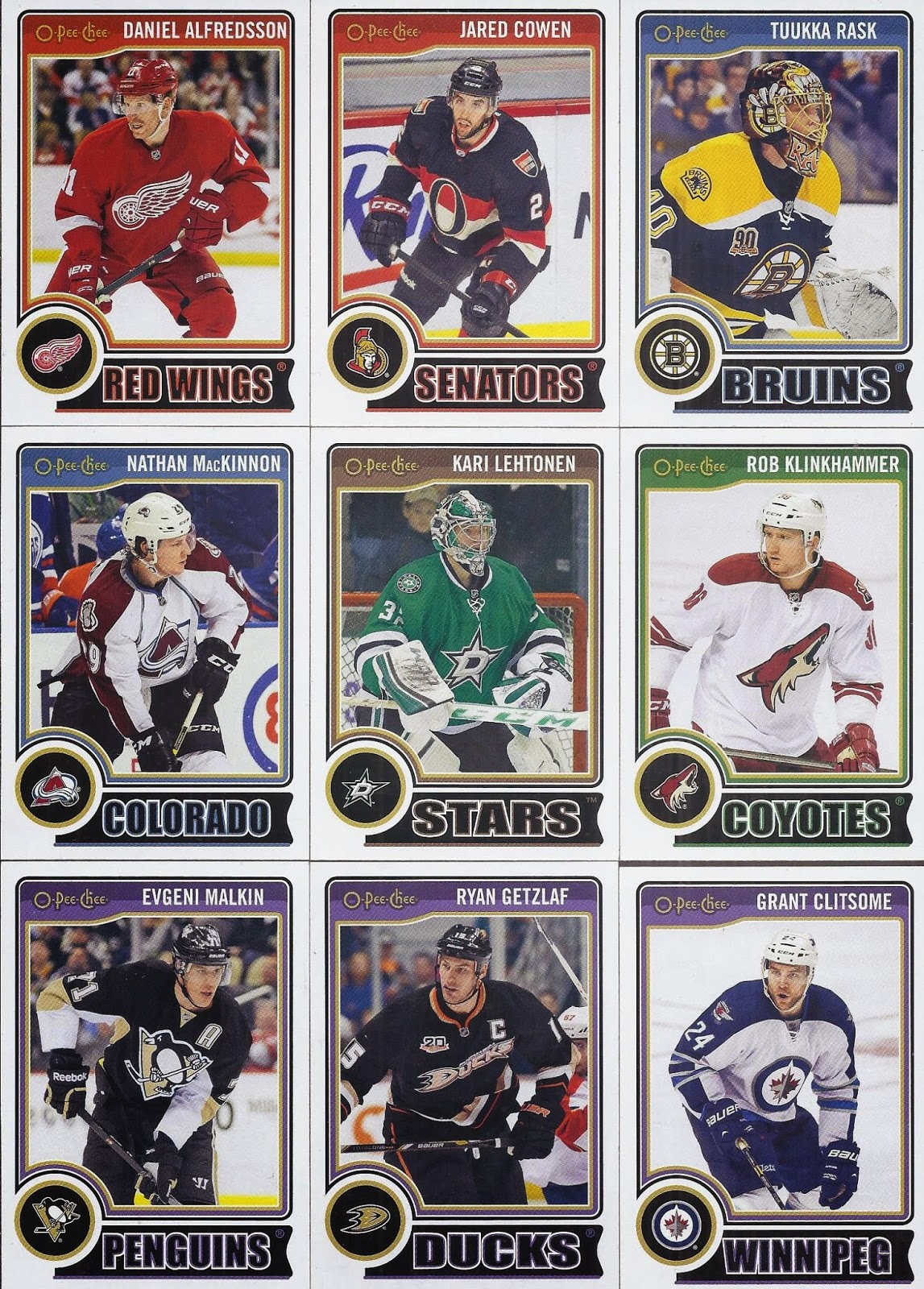 And here's a nice sampling of the rest of the base. I'll always be happy to add an Alfie to my collection. There are whispers that he might not be coming back to the Wings this season, meaning this will be his farewell base OPC release. Next up, we've got the more frequently Senators Heritage uniform. While a dupe of Tuukka would be nice in the masks binder, I'm much happier with the retro. It is nice to knock the MacKinnon off of my need list (currently at 234, assuming my zistle is correct). There's another mask card in Lehtonen that I might look for the retro of. Klinkhammer is the most spectacular name in these three packs. I thought Malkin would be another good name to disappear from my want list, but my spectacular record keeping neglected to tell me it would be a dupe. The Getzlaf was not a dupe, and is another decent name to drop off the list.  And Grant Clitsome might not have the best name in the group, but he still might have the most juvenile name in the NHL.

Posted by buckstorecards at 17:00