And now, the highlights from a second envelope - goodies from yet another trade w/ Too Many Manninghams. 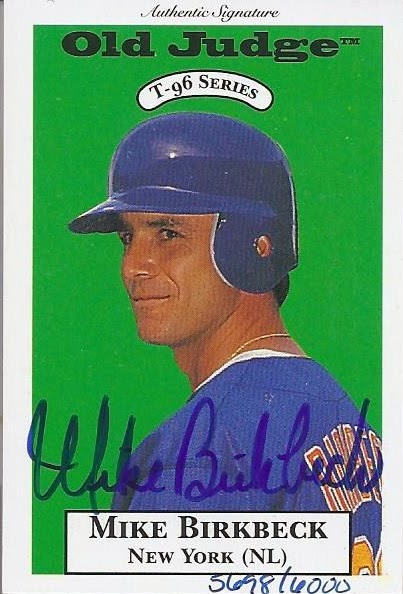 I won't even pretend to know who Mike Birkbeck was. I had to head over to baseball reference to look things up. He played a few seasons for Milwaukee, then made 1 appearance for the Mets in 1992, amd 4 more in 1995. So, he's definitely an obscure Met, but that might be why I lead with this card. The awesomeness is in the obscurity. 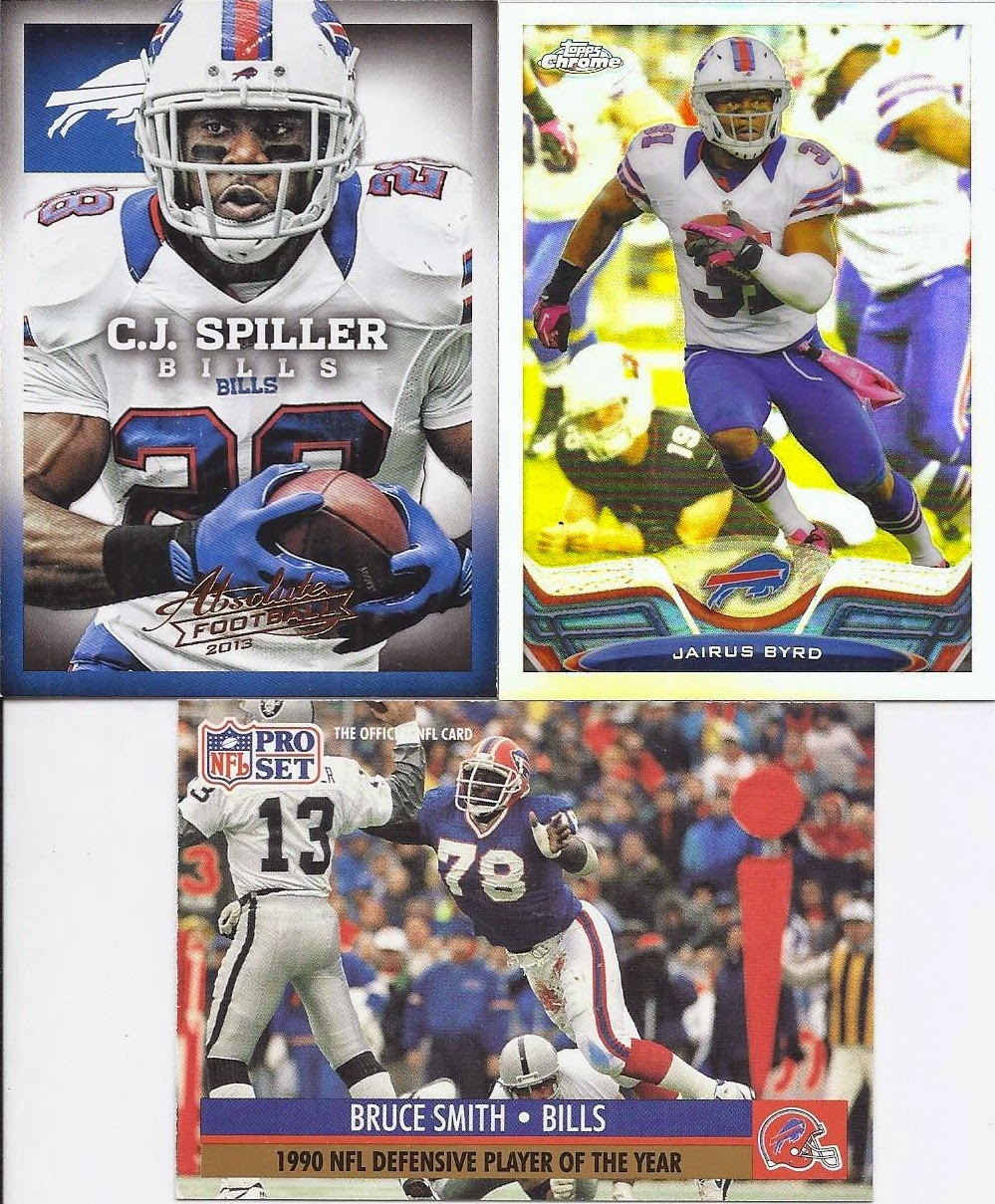 There was a pile of Buffalo Bills content in this package as well. Since the junk wax era mixes so nicely with the AFC Champion era of the Bills, I'm going to enjoy their cards since they trace to a time where the memories were positive. But, there were some recent ones as well, including a shiny Jarius Byrd. 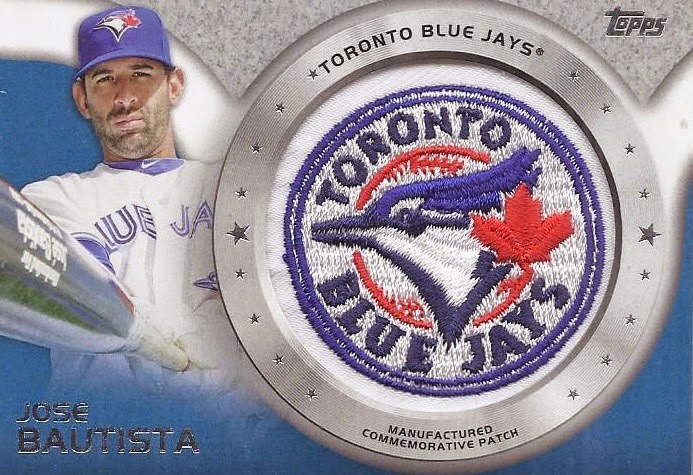 Moving even closer to home, here's a nice Joey Bats manupatch alongside a rather bad ass looking photo of him. 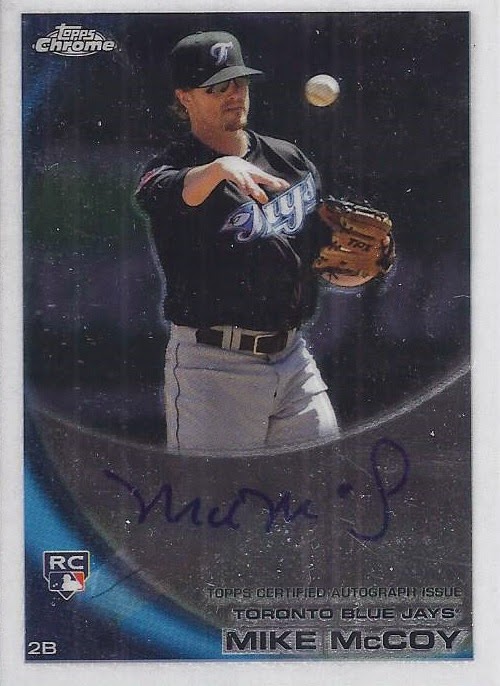 Mike McCoy may not have had the most memorable stint with the Blue Jays, but I'll remember being at the Dome for one game when the Jays were getting smashed by Boston, and he ended up pitching the 9th inning. Seeing a position player pitch for your team is never a good thing, but it is a unique baseball event. 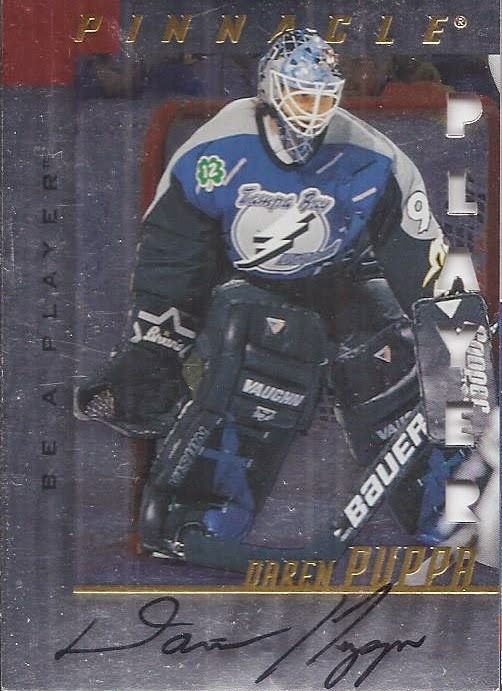 The mask binder got a few new hits as well. My favourite of the bunch was this Daren Puppa card. Not only does it feature a nice mask shot, it also features one of the least memorable third jerseys, thus making it also a keeper in that regards. 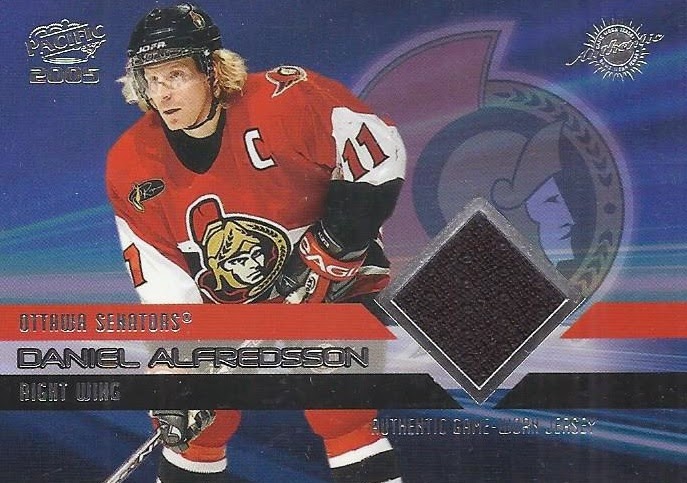 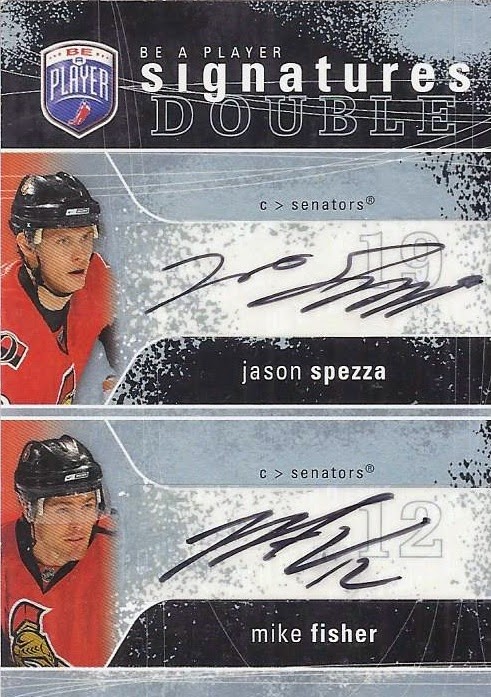 While I have a lot of Alfie hits in my Sens collection, this one is a first. It is my first auto of Jason Spezza. Although his trade away from Ottawa has moved him a little off the 'guys who I actively collect' list, an auto of his is still welcome in my collection. This is also my first auto of Mike Fisher as well, and his autos seem a little scarcer than those of Spezza. Even though neither of the draft picks the Senators got in return played a game for the team.

That's just the highlights of the trade, as I also added a Martin Gerber relic and  a solo Mike Fisher auto to my Sens collection, as well as Mark Clark and Peter Budaj autos to my Mets and masks collection respectively.

Thanks for the goodies, and I've already got a couple Wolverines hits put aside for the next envelope!
Posted by buckstorecards at 17:34