With kickoff tonight, how about the second pack that I picked up at the LCS. My hot hand continues! 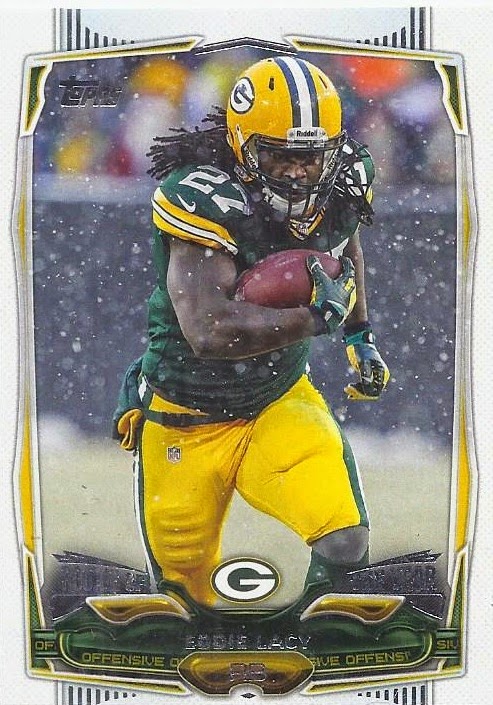 Eddie Lacy - I just love the photos that appear in this year's set that show the elements.
San Diego Chargers Team Card 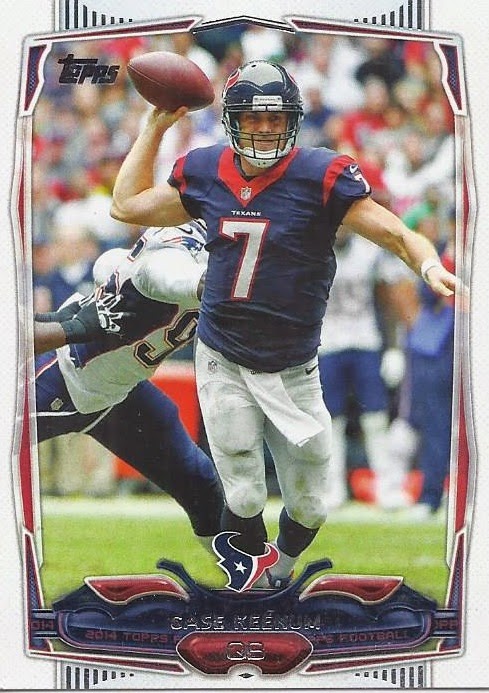 Case Keenum - Interesting that the first 9 cards feature 2 players that were released before the season started.
Alfred Morris 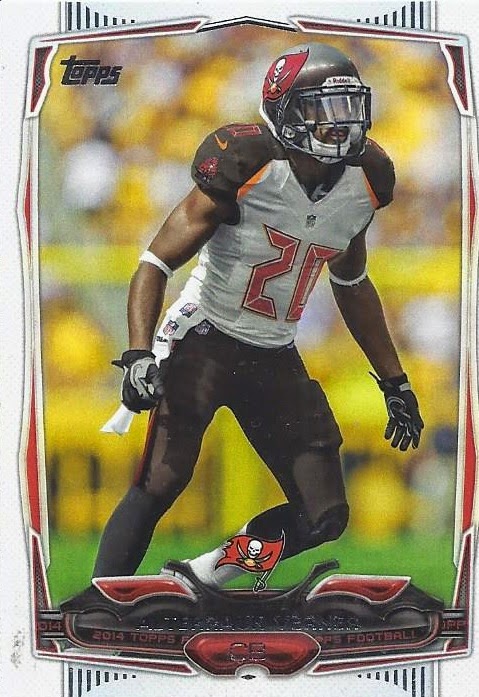 Alterraun Verner - The awesome name of the pack. Combined with the photoshopping into the new uniform. 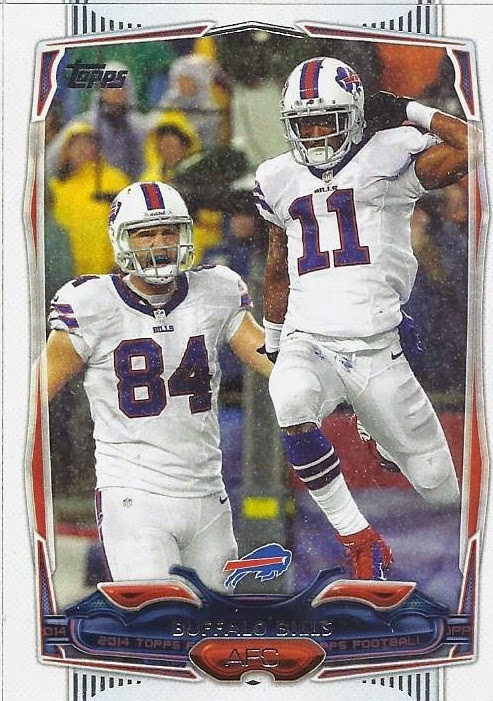 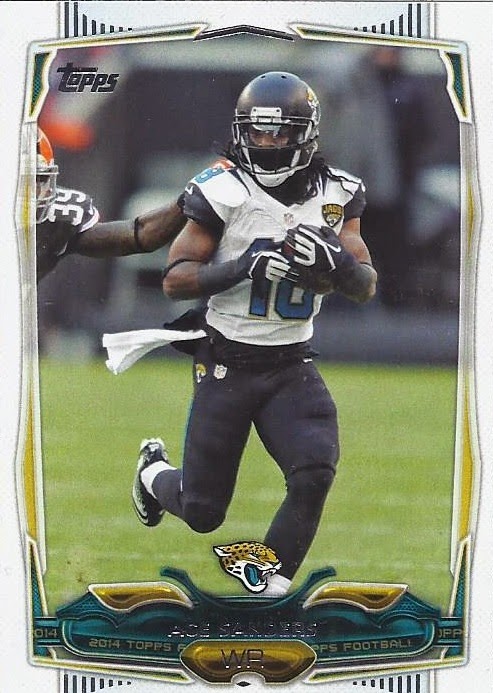 Ace Sanders - Again, there not enough players in the league named Ace. 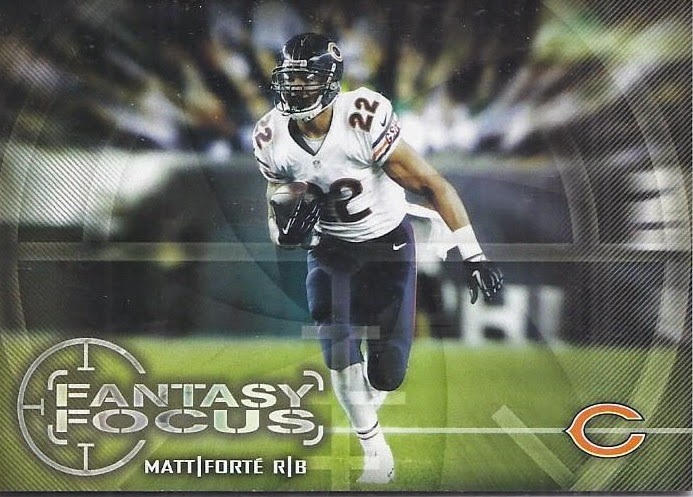 Fantasy Focus - Matt Forte - Nice look, but as I said with pack #1, I'm not a big fan of Fantasy Football and these cards don't elevate my interest.
Chris Johnson - 1000 Yard Club
Eryn Pruett - PPK - No. Just no. No cards with only children on them. I should compliment them on including girls in this subset, but I still don't want them around my house. 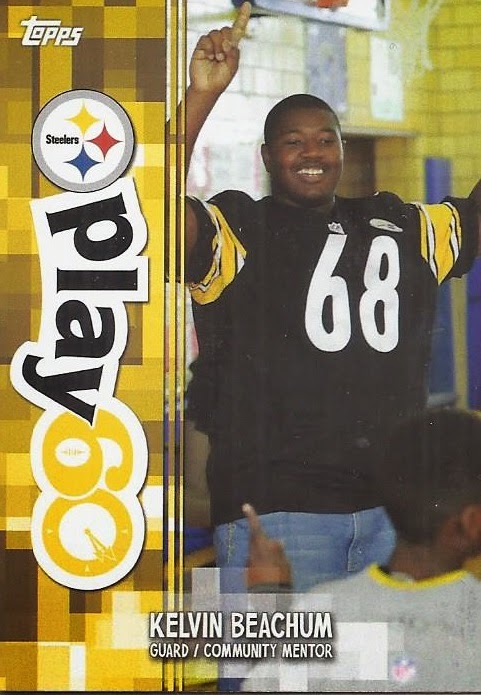 Kelvin Beachum - Play 60 - Much like the card I pulled from this subset in the first pack, this is his only card. I now have both cards of players who have no cards in their career aside from these. These rule. This, and the Alan Ball from my first pack might be among my favourite non-hits/non Bills from these packs.
Cole Mullenix - Play 60 - Another kid card. Who wants these? Other than family members and creepy old men.
Matt Stafford - 4000 Yard Club
Rob Gronkowski - Fantasy Football Strategies - More fantasy crud. I'm really not feeling it with the inserts this year. 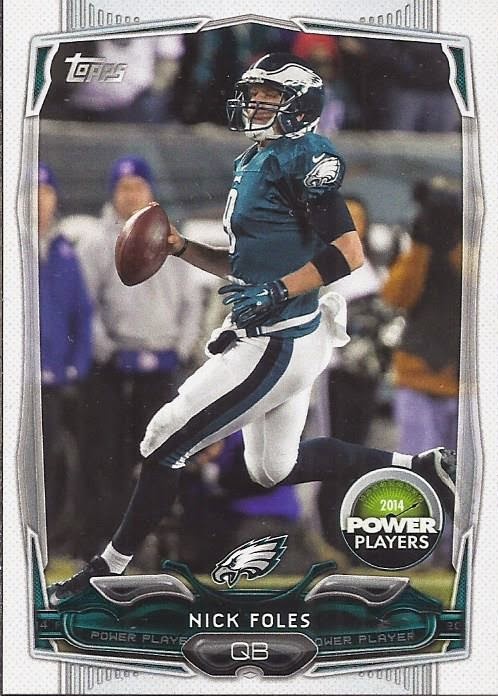 Nick Foles - Power Players - Yup. This moved over from baseball too. Same photo as on the base card of Foles as well. 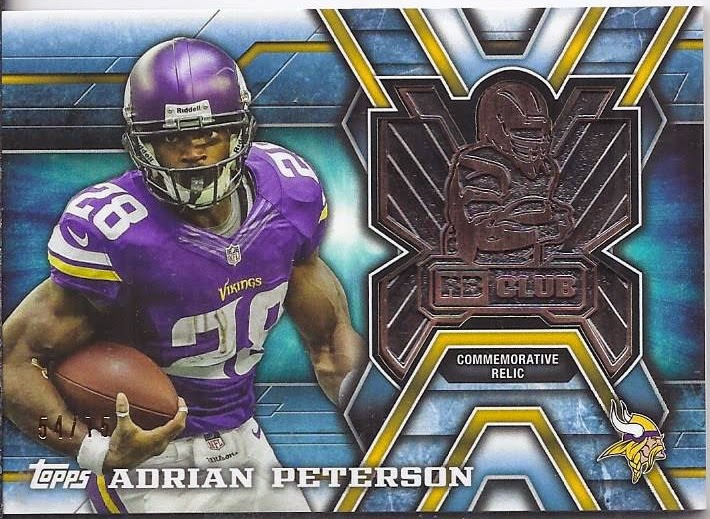 Adrian Peterson - RB Club Bronze manu-relic /75 - I sure have the knack for pulling the packs at the LCS. First one has an auto /150, and this one has this heavy, thick card. These specific inserts fall at a rate of 1:1000. My only complaint is that due to its thickness, I have about 7 or 8 fewer cards in this pack. 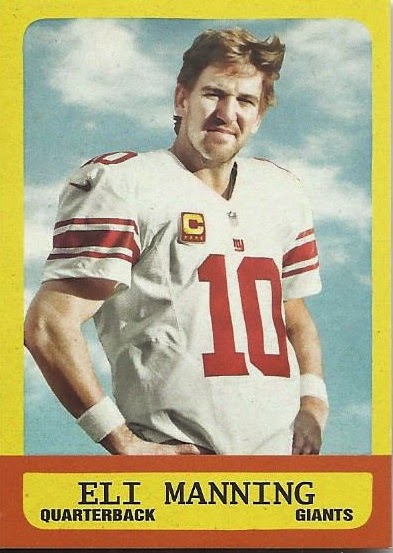 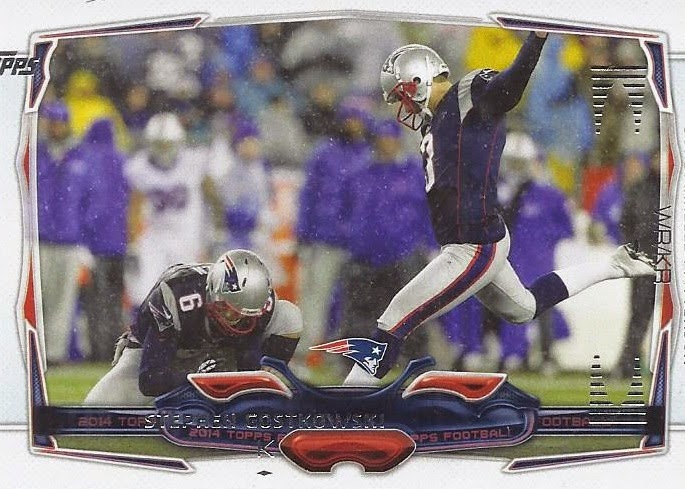 Stephen Gostkowski - Back to the base, and one just a wee bit off on the foil stamping.
2014 Rookie Premiere photo
Logan Thomas
CJ Fiedorowicz 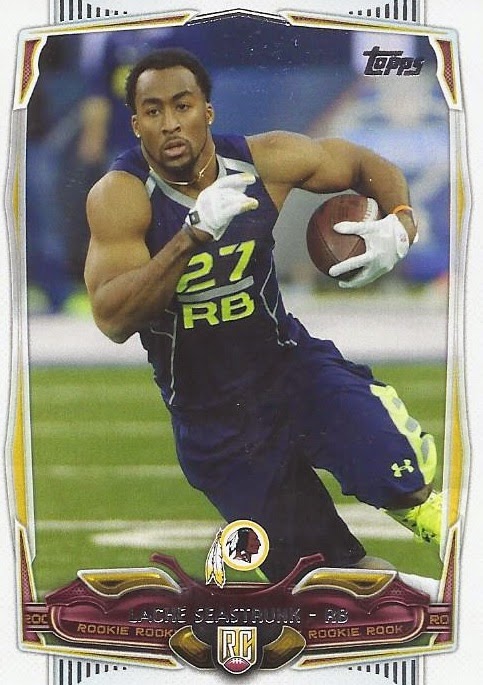 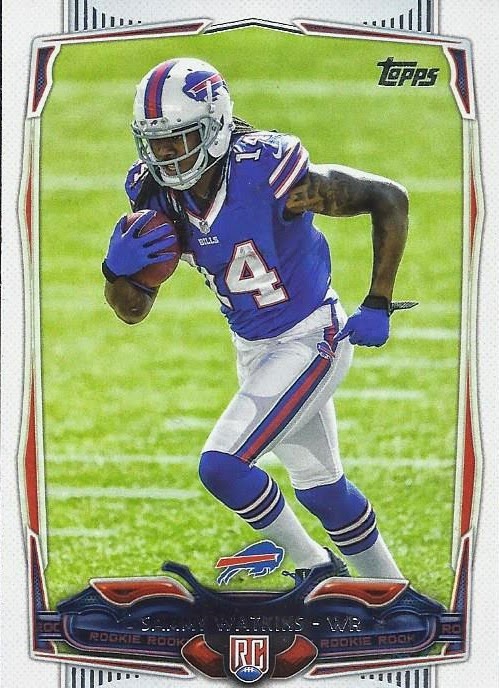 Sammy Watkins - A second Bills card! And the one I really wanted as well!
Louis Nix
Jason Verrett

A nice second pack, and adding some Bills cards is always welcome. I'm almost at the point where I think I should quit when I'm ahead (2 packs, 2 hits), and just get a base set off of ebay. At least then I'd be certain now more cards featuring children would enter my collection.

And then I can concentrate on more important set building, like the just released O-Pee-Chee set.
Posted by buckstorecards at 13:31