And the other side! 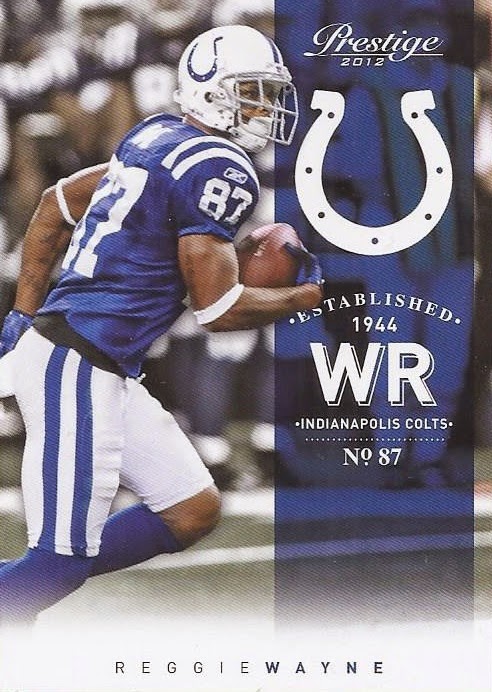 2012 Prestige Reggie Wayne - Not the most interesting way to start off the other side, but I was far more
interested in the visible Thurman  Thomas on the other side. 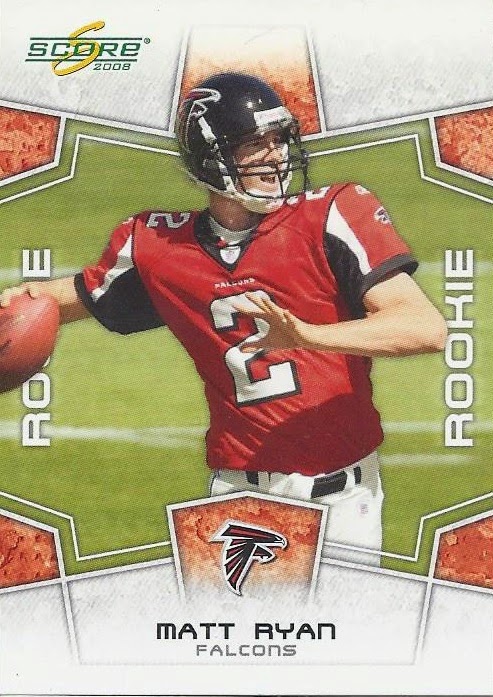 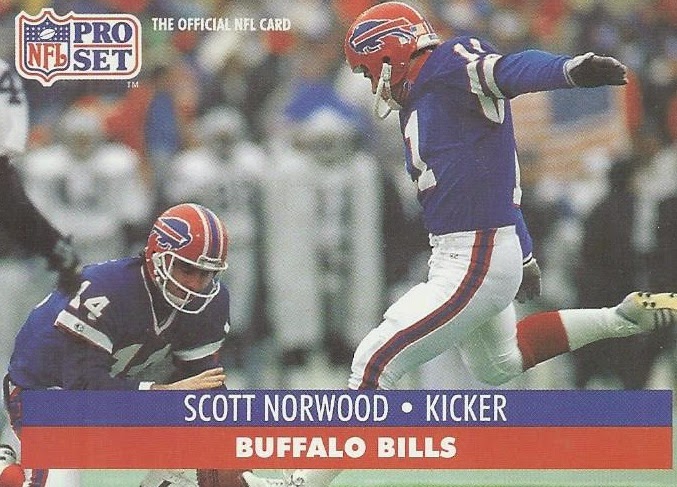 1991 Pro Set Scott Norwood - Lots of Bills on the other side, but this was the only one on this side. 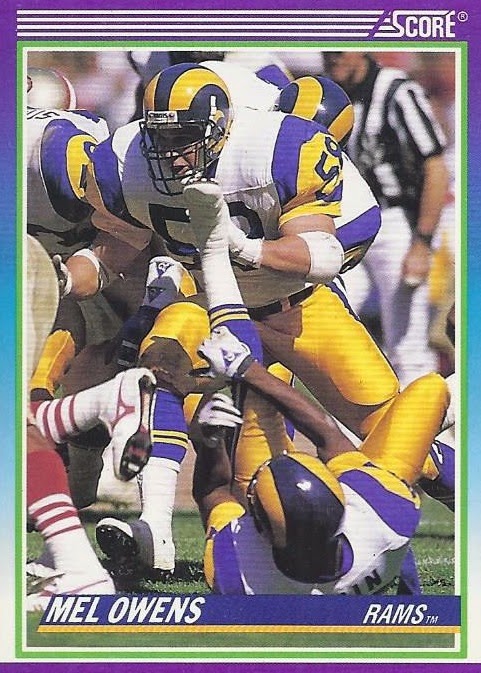 1990 Score Mel Owens - I didn't find any repacked Wolverines alum to set aside for TMM, but I knew I'd find at least one on the other side.
1992 Score Siran Stacy 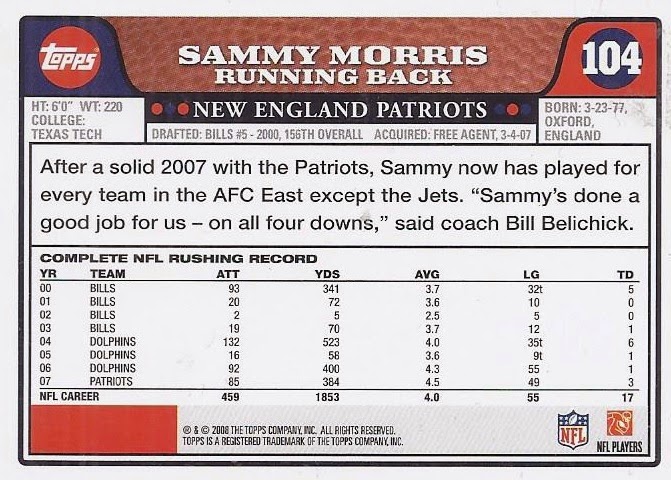 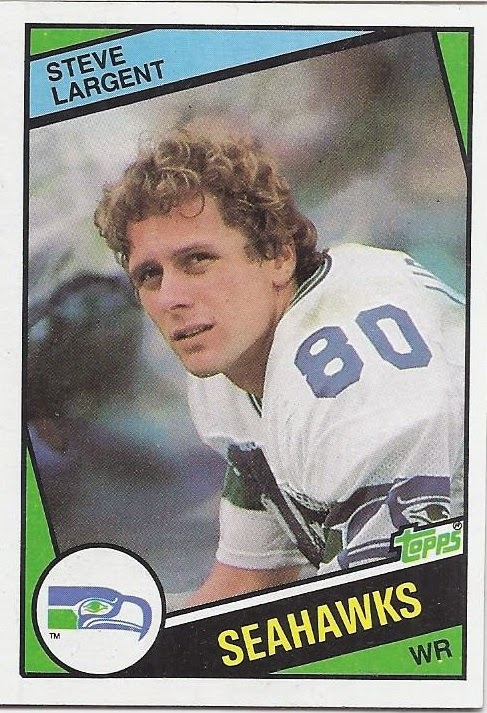 1984 Topps Steve Largent - The oldest card in the repack, and it is a HOFer! Nice! 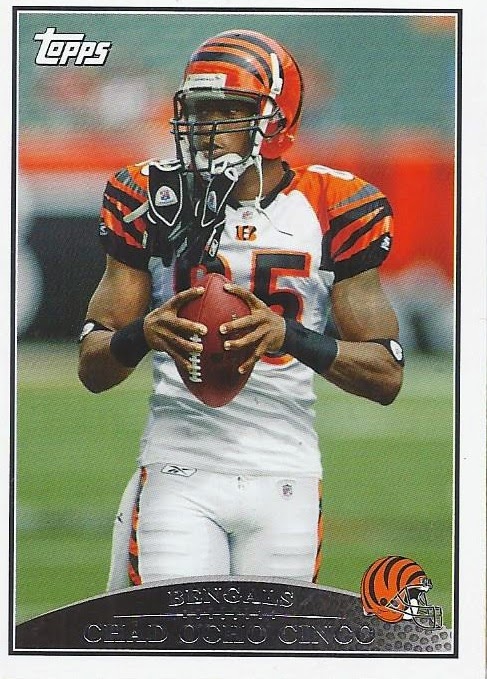 2009 Chad Ocho Cinco - I think this is my first card where he isn't Chad Johnson on it. 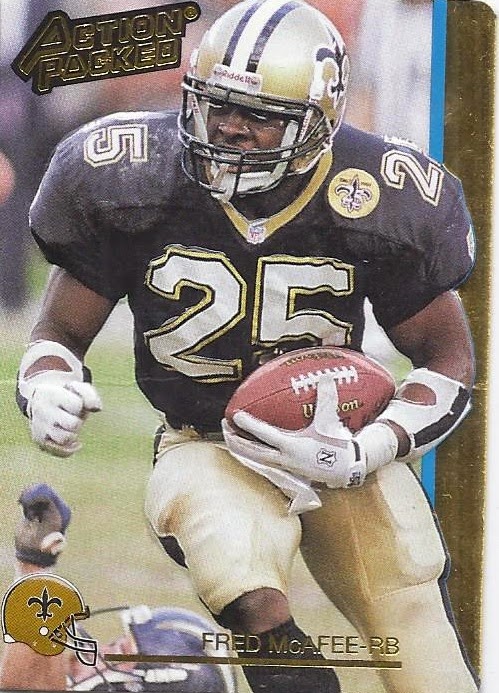 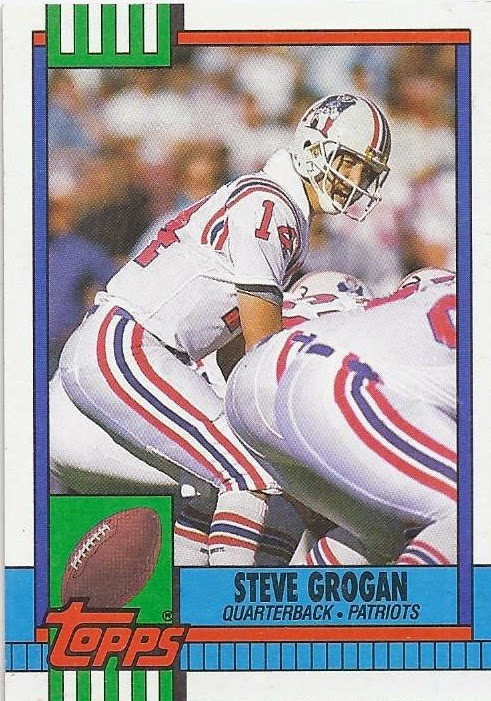 1990 Topps Steve Grogan - All the 1990 Topps cards in this side of the repack were Patriots.
1991 Pro Set Damone Johnson
1993 Classic Roosevelt Potts 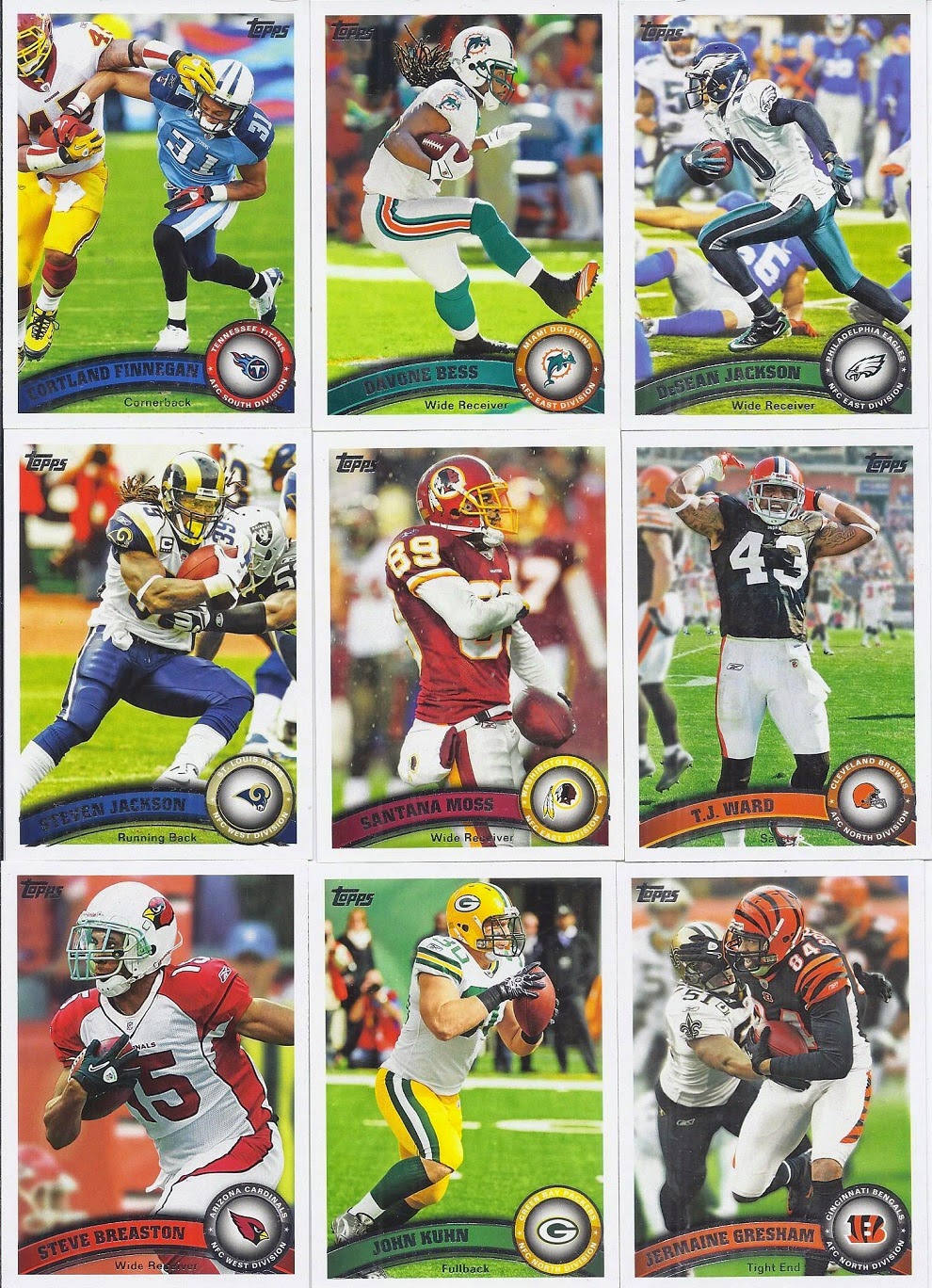 Not a bad repack. A good number of Bills cards are always nice additions. A couple surprisingly good rookies as well with the Ryan and Flacco, and a couple 80s cards of Hall of Famers with Steve Largent and Walter Payton. Aside from the wall of 2011 Topps, a nice variety of sets scattered throughout as well.
Posted by buckstorecards at 11:15