Let's continue through this box.

A really good start to the packs. One of the better candidates to pull a retro parallel of, a nice second year card in Seth Jones, and best of all for me, a nice card for the PC with the retro parallel of Karlsson.

The "cards I'll look for a dupe of to send to TMM" run continues with Johnson's appearance. I always like appearances of Regher, since his cards give the rare birthplace of "Brazil" on the reverse of a hockey card. Also, my Karlsson run continues with an appearance of one of his stickers. They look even nicer when they're of someone you collect. 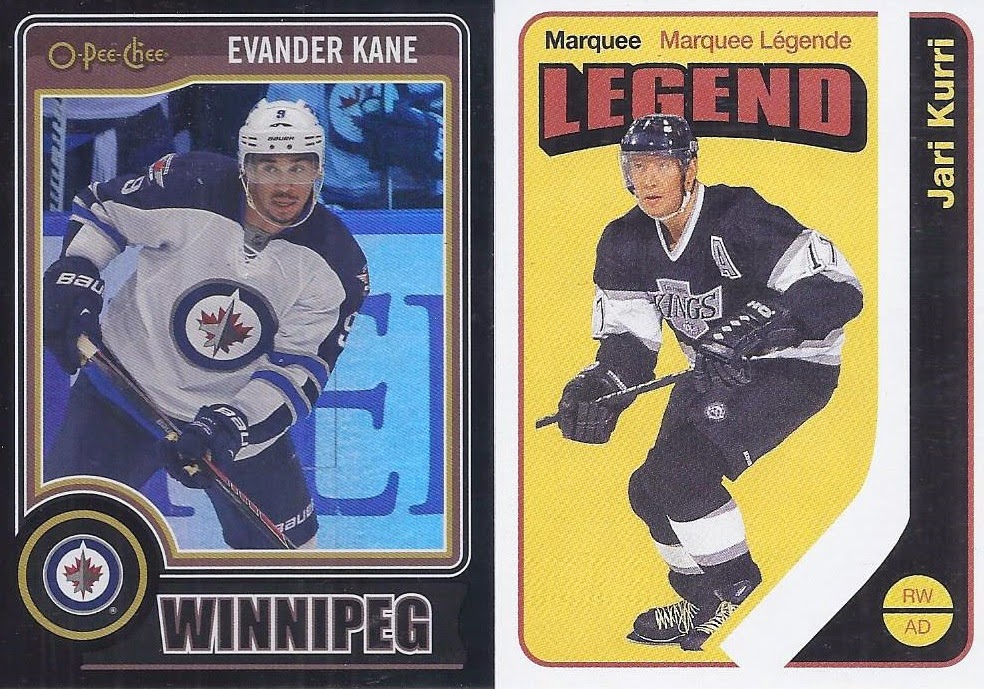 Very bland pack, especially with a dupe on the SP. Fortunately, the /100 parallel of a decent name saves it, along with the retro parallel being of a marquee legend. 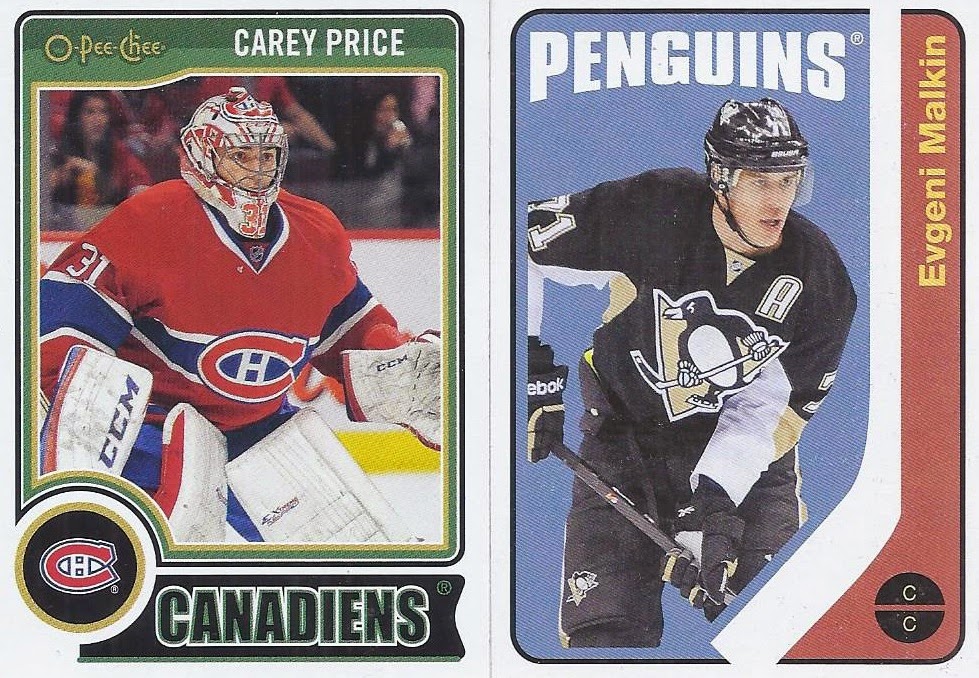 The cover boy makes an appearance in this pack. Also, this group has been really good so far for retro parallels. Karlsson, Sedin, Kurri and Malkin. 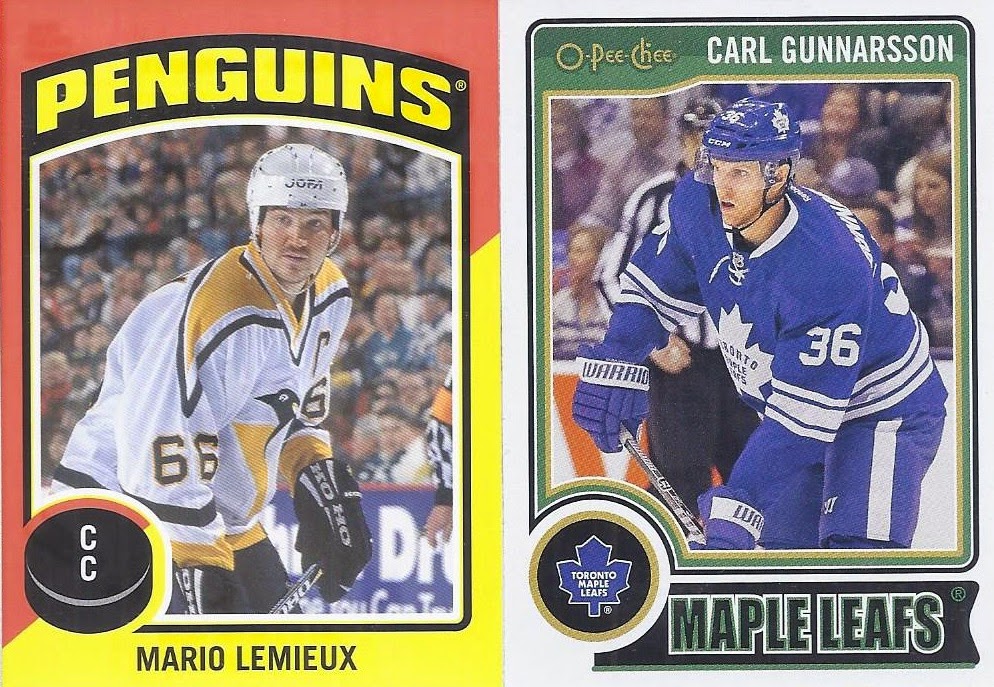 Pretty uninspiring pack, aside from the alternate uniform on Gunnarson. And pulling a Mario Lemieux is always a fun thing. 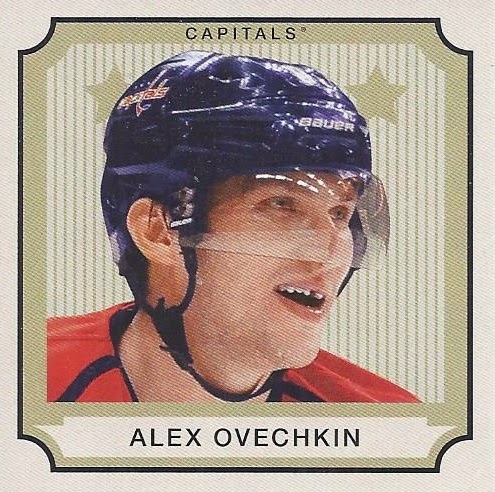 The minis (sorry, V Series A) make their first appearance in my packs with this appearance of Ovie in all his toothless glory. These are square cards measuring about 2*2. 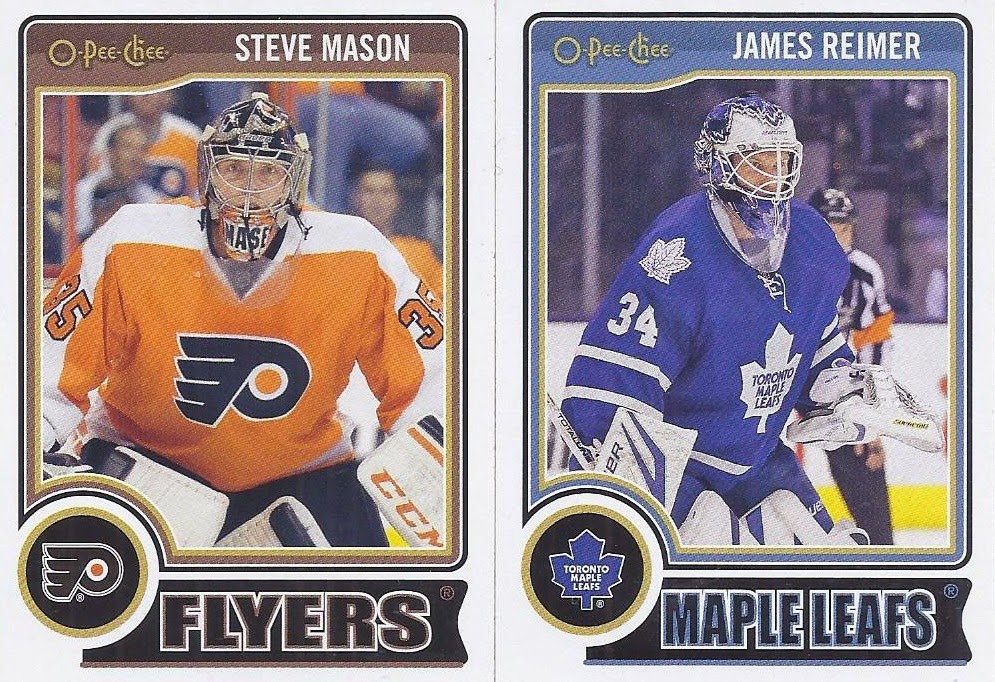 A couple of good mask shots in this one, and the Mason is another one I'll be looking for a retro of for the masks binder. And he's a Rangers alum as well. Another dupe of the SP as well from my original pack busting.

What a great way to finish the second portion of the box. First, we get a Sens card. And perhaps of the Sens captain this season. Secondly, a really interesting mask combo. A Russian goaltender wearing a star-spangled mask seems strange, but it is his AHL mask with the Rochester Americans. Hey, it is Goaltending Gallimaufry (tm: Card Boarded)! And finally, yet another sticker and it is of a 2-14 baby! WOO-HOO!