It is the day of the Labour Day Classics in the CFL Games that count start in the NFL later this week. So, this is the perfect time to highlight the left side of a football repack. 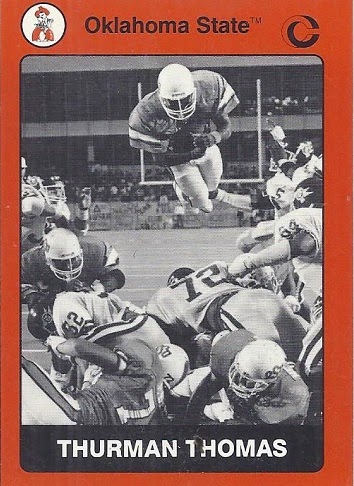 1991 Collegiate Collection Oklahoma State University Cowboys Thurman Thomas - Wow. That's a mouthful for a set, but it is definitely worth it to add an oddball of Thruman Thomas into my collection. 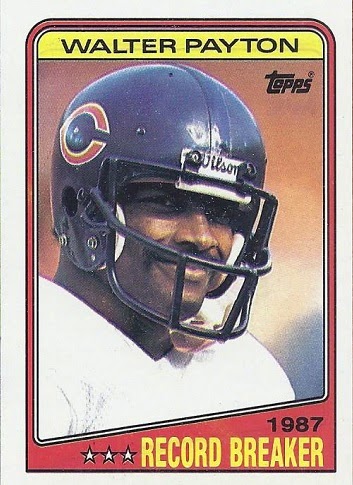 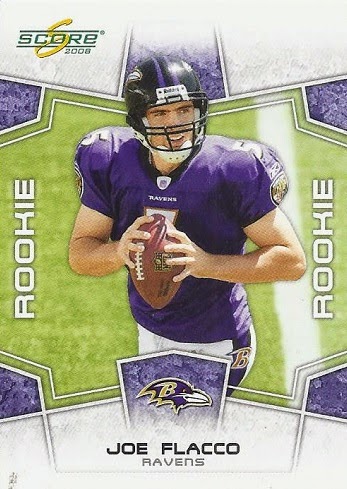 2008 Score Joe Flacco - And now we have a rookie of a Super Bowl winning QB. I'd have a hard time pulling such a great lineup of players in a higher end product. 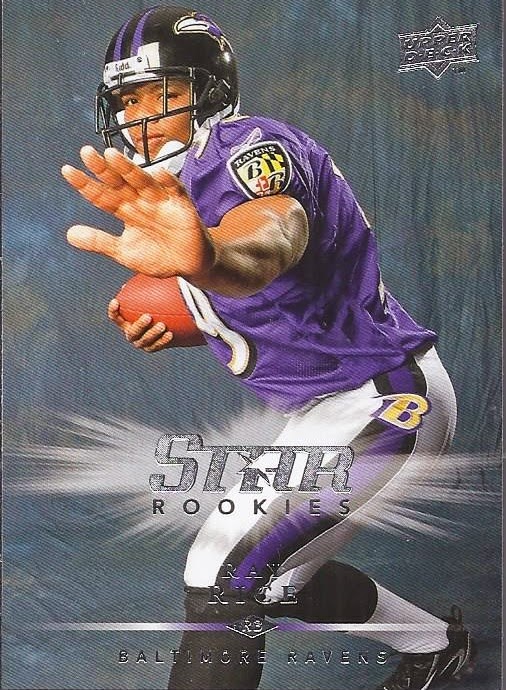 2008 Upper Deck Excell Rookie Cards Ray Rice - And that's quite the way to wrap up an interesting streak of players. Well, I guess he's interesting in a current sense, but not for any positive reason.
2010 Score Dwayne Bowe
1991 Score Terry McDaniel 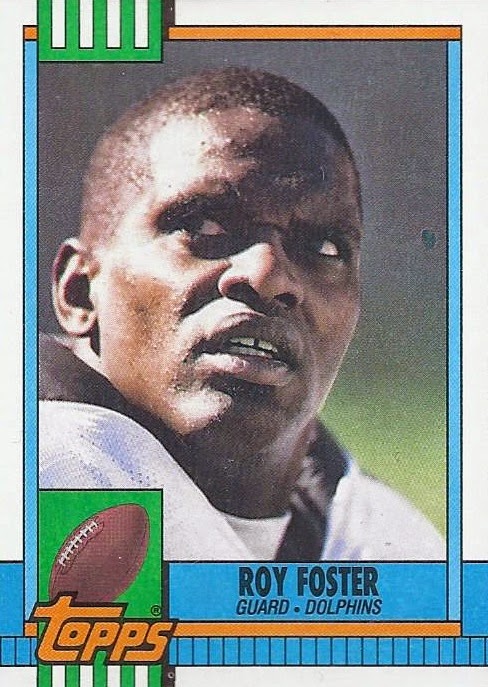 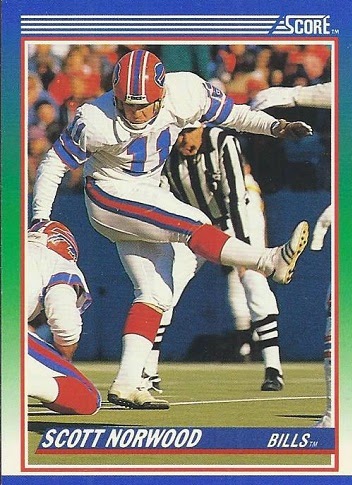 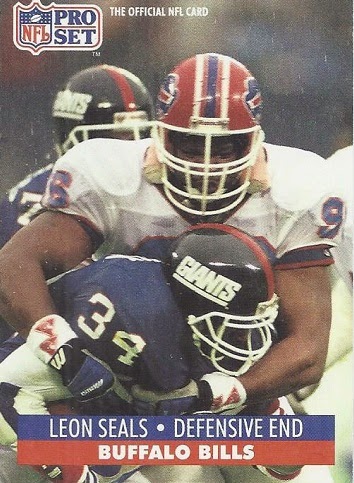 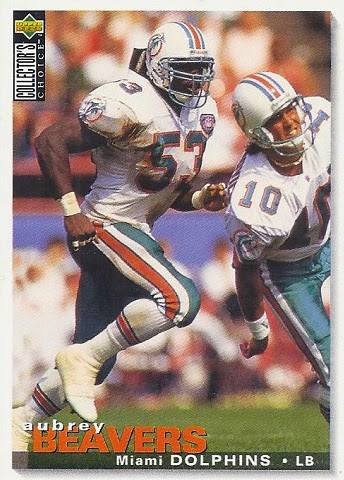 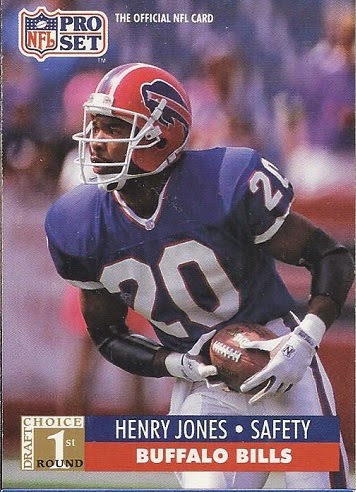 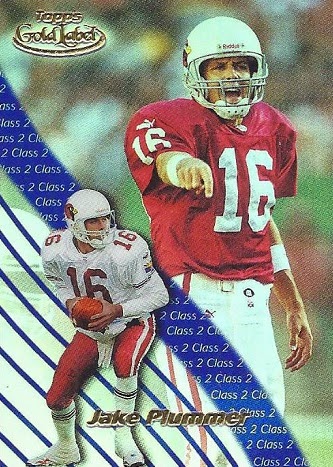 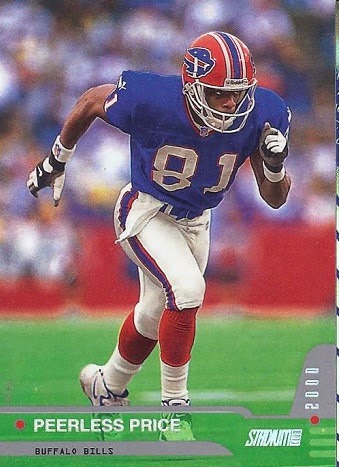 2000 Topps Stad. Club Peerless Price - And yet another Bill. I've done better from this repack than all the 2014 product I've bought so far, which I think has landed me 3 Bills cards.
1990 Score Dave Duerson
2009 Prestige Kevin Smith - I actually pulled one of these from either a basketball or baseball repack.
1990 Score Willie Anderson
1992 UD Kevin Turner
1993 Topps Tim McDonald
1990 Fleer Rod Woodson 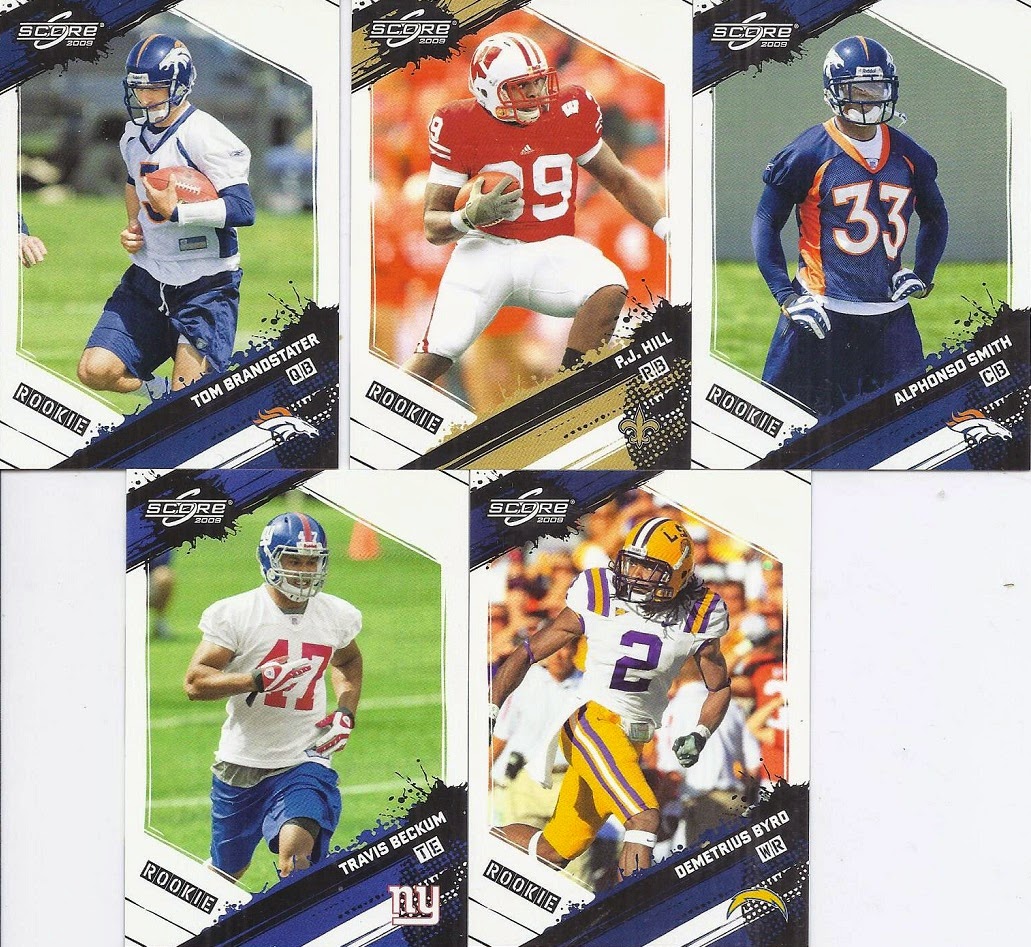 2008 Score Demetrius Byrd
2008 Score Travis Beckum
2008 Score Alphonso Smith
2008 Score PJ Hill
2008 Score Tom Brandstater - These were my promised 5 rookies. Not one of them appears (read: from the first few wikipedia sentences) to currently be on a roster in the NFL. 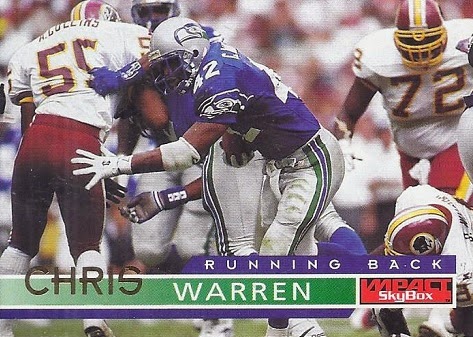 1995 Skybox Chris Warren - Random horizontal photo.
1994 Coll. Choice Rocket Ismail - Kind of surprising to see a card like this as one of the visible ones, but since he's a CFL alum, I won't complain.

Not a bad start to this. Some Bills. Some interesting cards for my misc collection. I'd rather this be a 100 card as opposed to a 75 card repack, but that's just a minor complaint.
Posted by buckstorecards at 11:17