Well, not a surprise envelope in the sense that I was expecting it. But, I wasn't expecting some low-numbered goodies within! This made me head off to COMC, and use some of my credit to throw a couple hits of some WVU alum into my inventory. Given that I probably won't hit ship to the end of the month, and that it usually takes a few weeks for a package to arrive, they might be on their way stateside by November.

But, enough admin stuff. Let's start with the goodies. 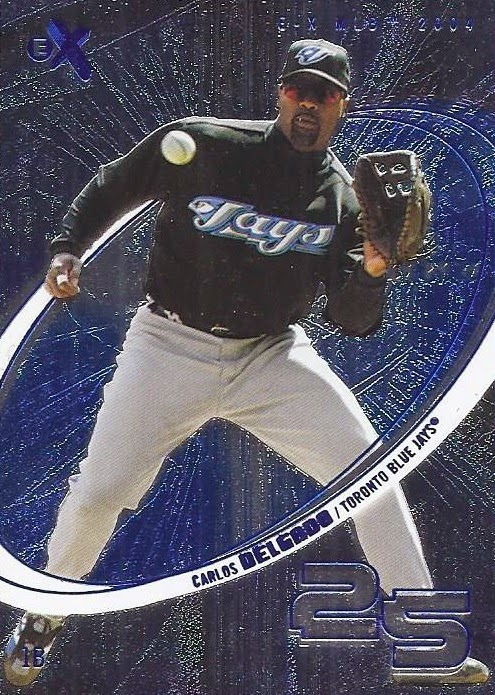 Opening up, here's a new addition to my Carlos Delgado collection. This comes from Fleer, and it proves they continued having some really loud cards well past the mid 1990s. For some reason, this card is numbered to /32. 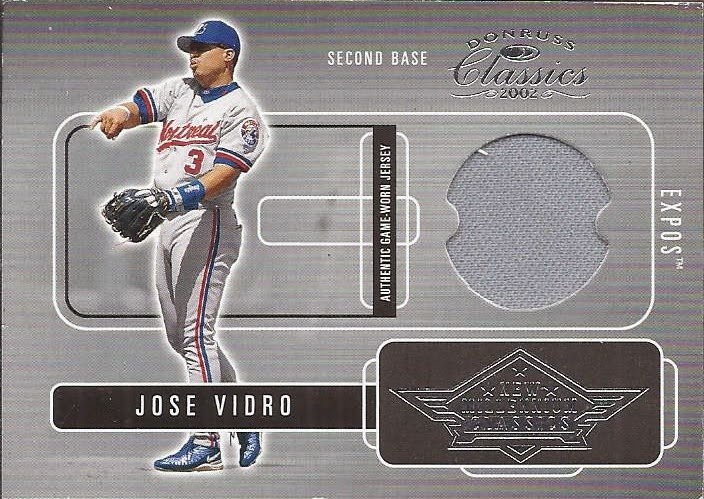 Here's the first of two relics that were in this collection. I've got some nice autos in my Expos collection, but only a few relics. This is actually my 4th, and two of them are Jose Vidro. This one joins one of his bat relics. 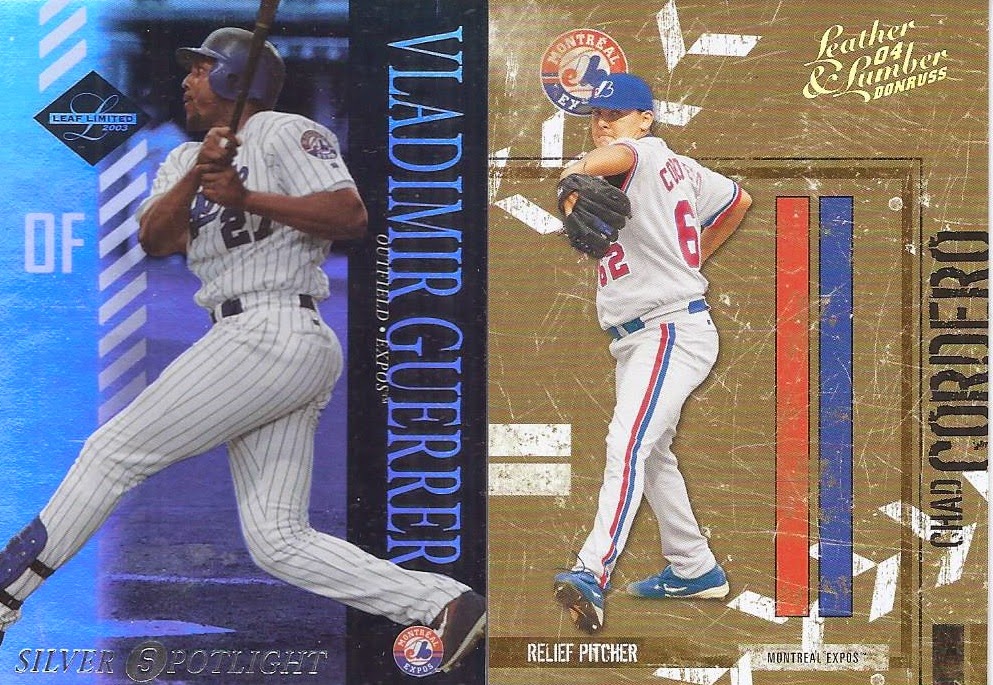 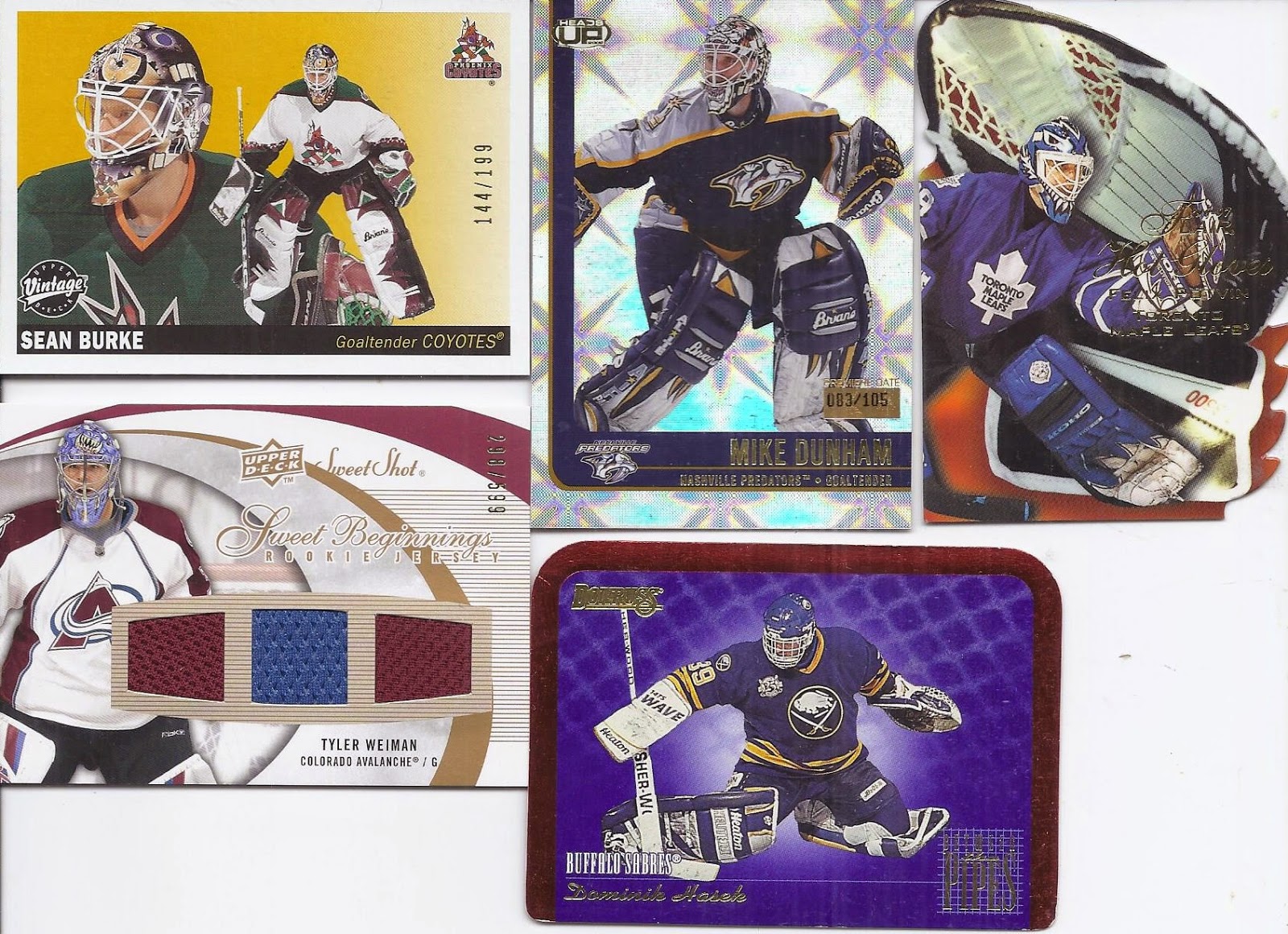 And to wrap this up, here's a bunch of cards for the masks binder. And I'm guessing that the Mike Dunham card is going to be the loudest card in that binder by far. It is also oddly numbered to 105 copies. Going onto the other relic, Tyler Weiman is one of the folks on this very complete wikipedia page of people who played in only one NHL game. If was actually interesting for me to go through that list to see who I've actually got cards of in my PC. For example, I found Kitchener Rangers alum Jamie Doornbosch and Sean McMorrow, 2-14 baby Matt Campanale along with Parris Duffus for my guys named Duffus coillection.

Thanks for the goodies, BWtP! I'll look for more Pirates/WV and send an envelope of some size your way after my next COMC package arrives.
Posted by buckstorecards at 00:30