I've enjoyed the Score set builds the past few seasons, but that's out of the question for the next many years. So, it is off to O-Pee-Chee this year for set building the hockey. No retail at Target yet, and I've yet to go past a Walmart, so the LCS would do. I grabbed 4 packs - a reasonable option to start off. 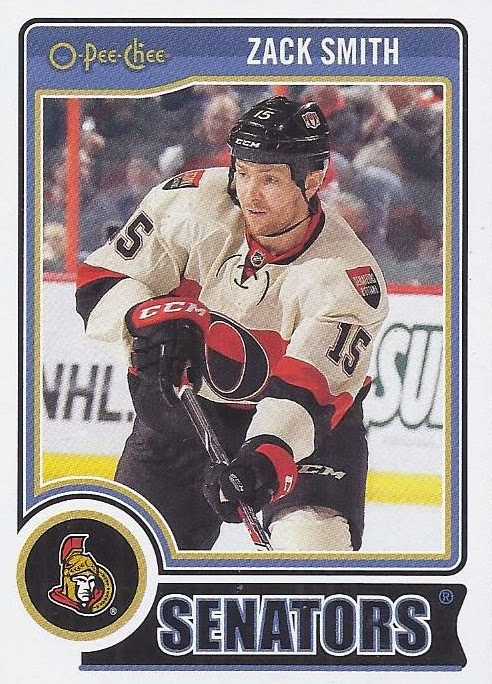 If I'm going to show off the base cards, I might as well show off a Senators card - the only one I pulled from these packs. I like this one even more than I usually like the Senators pull, since Zack is sporting the Heritage jersey from last year. I think I like these even more than the black versions they'd used previously. I hope they make many appearances on this year's releases. 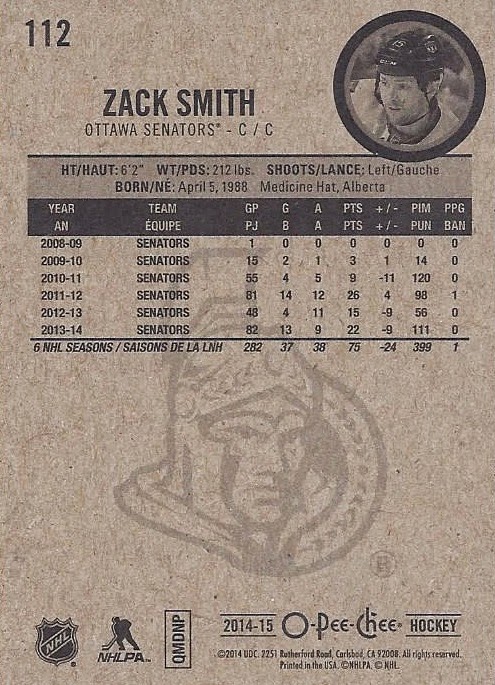 The back might have a recycled photo, but it is nice to see any sort of picture on the back of these cards. The team logo watermarked in the background also returns, along with the full stats. The most years I saw on one card is the 20 on one of my marquee legends, so they should be complete even on the the Jagr and Ray Whitney. 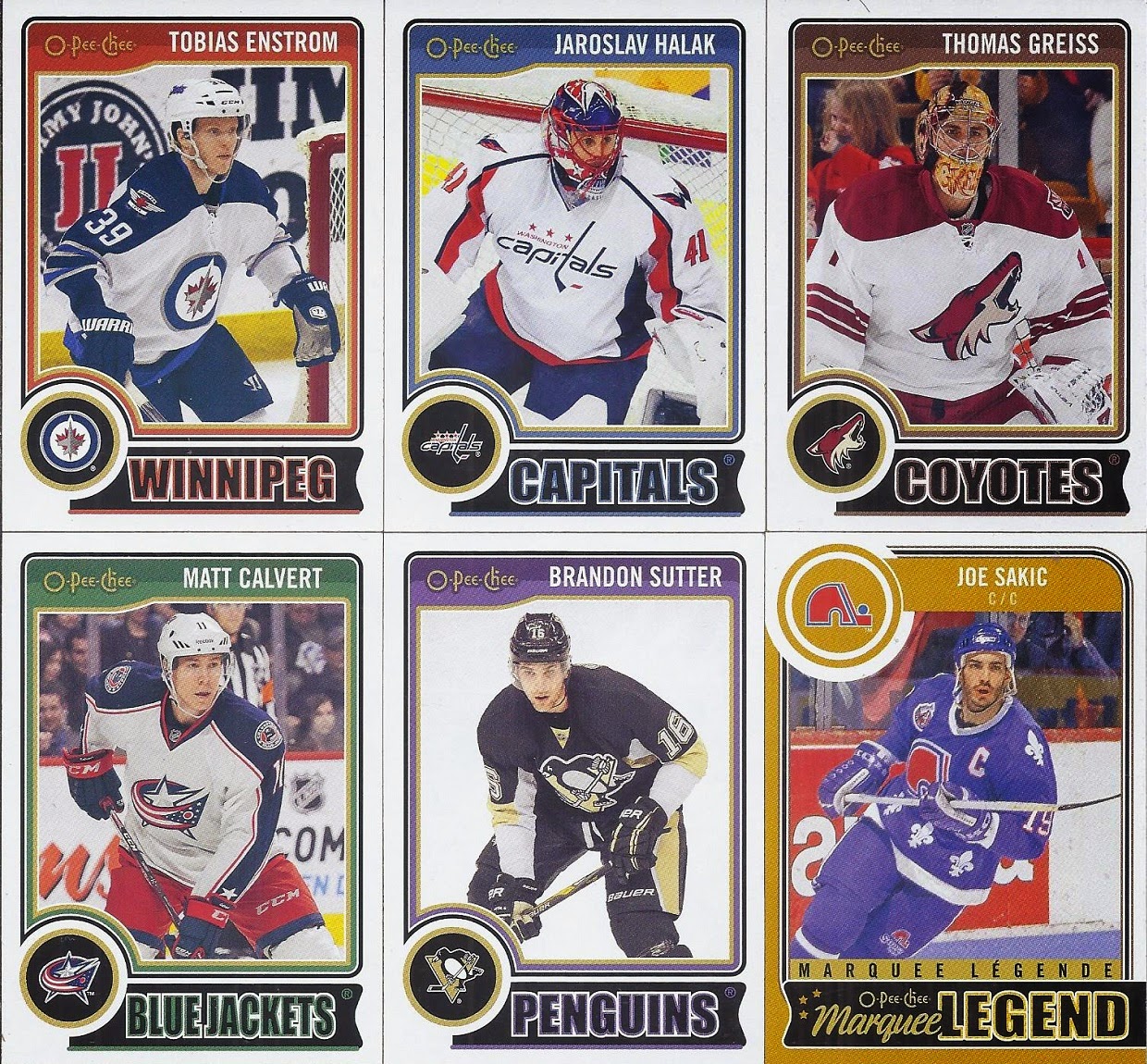 Much like last season, the colours change as the set moves through 100 card portions. I'm really surprised that the brown works as well as it does. In fact, it might be my favourite of the non-SP designs. 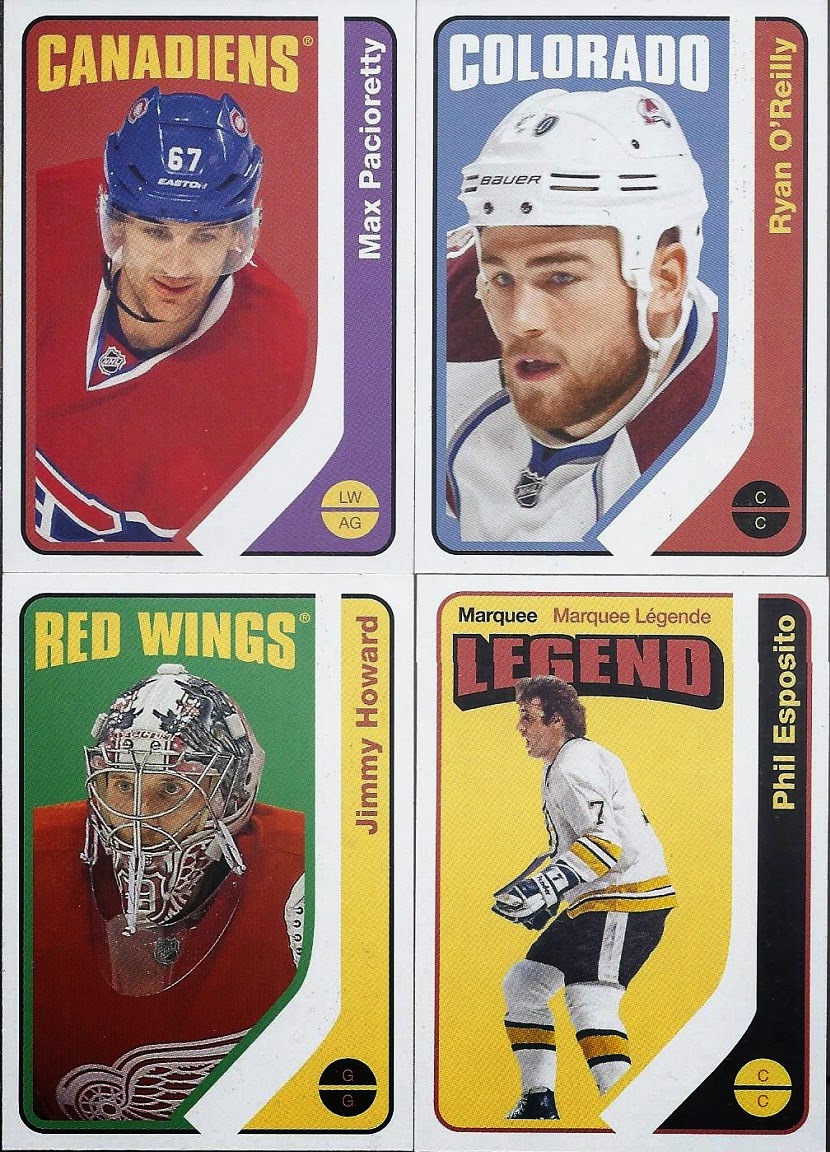 Retro parallels make their return as well. 4 packs. 1 per pack. Thankfully, they aren't anywhere near as loud an obnoxious as last year's offering. These aren't coloured by card #, as both Pacioretty and O'Reilly are from the first 100. The photos are just extreme close ups of the base photos on the regular cards. 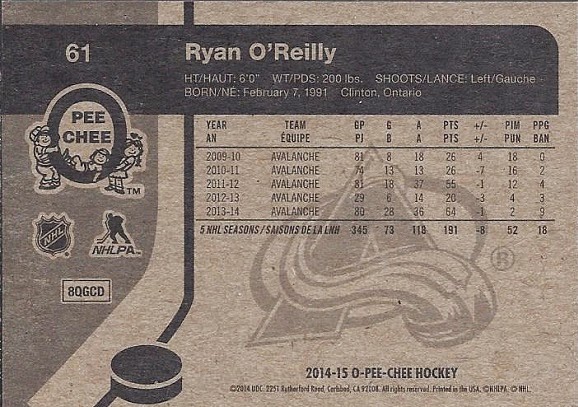 The backs seem to have full stats as well for the current players, but they don't have them for Legends. The Espo only has stats for one season. 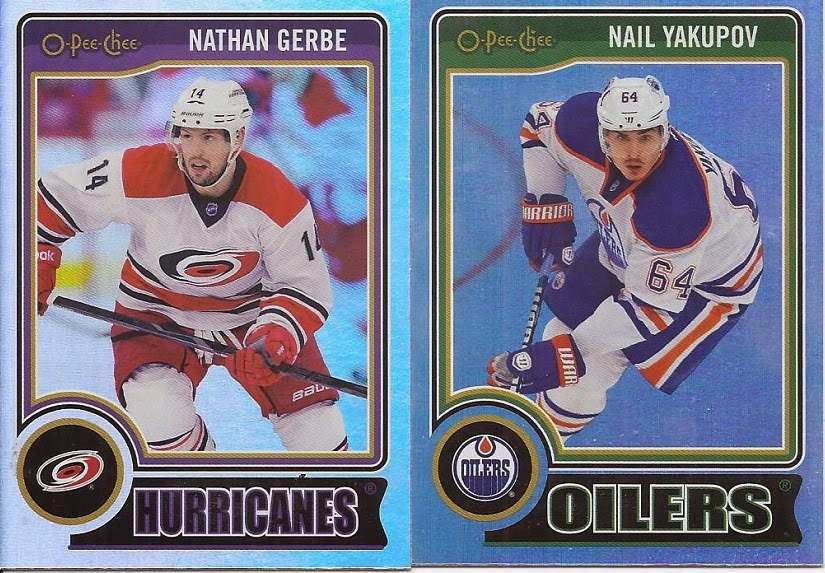 Rainbows make their appearance as well. 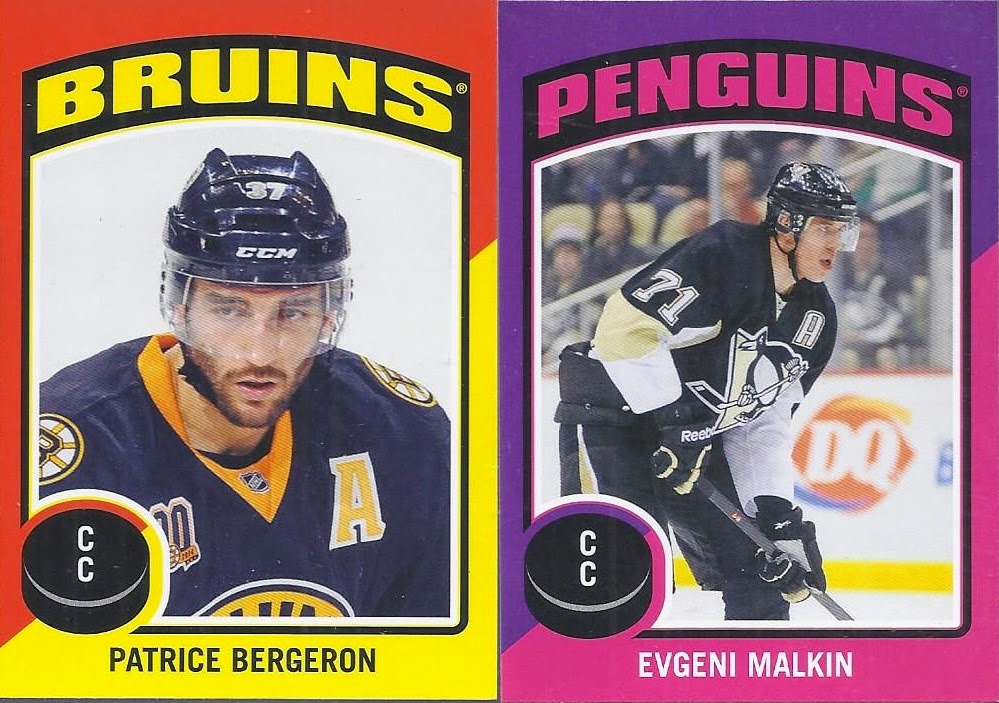 But my favourite of the inserts this year will likely be the stickers. It is like 1971-72 hockey and 1975 baseball had a baby and created this little bit of awesome. At 100 cards, way too many to go for the entire subset, but I'll certainly be looking for my PC additions.

4 packs worth, and this was my best card: 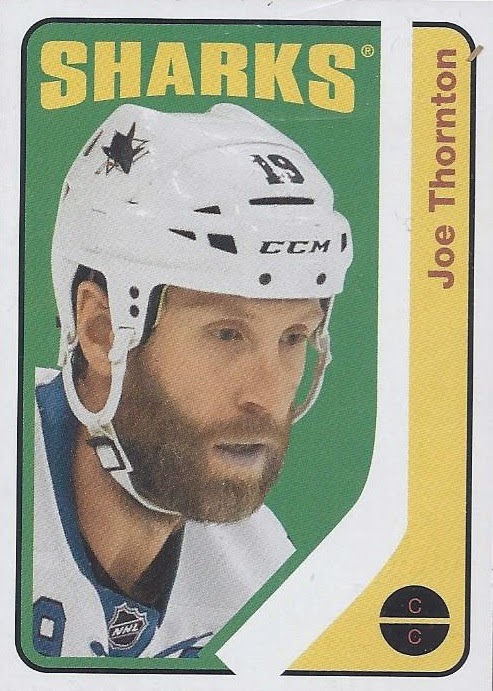 Wait a second. 4 packs. I already showed off my 4 retros. What is this? 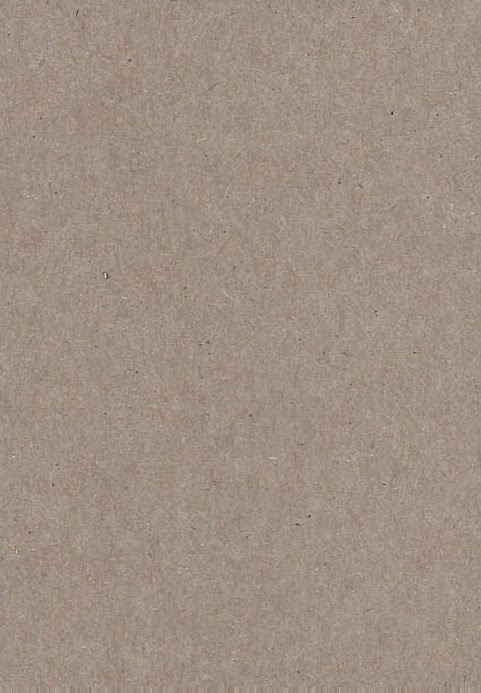 Whoa! A blank back variation. I didn't know these were in here, and there weren't any odds on the pack in regards to pulling these. But they don't appear to be too common, as there are about 30 of them on ebay as I type this. It is nice that it is off a good player as well.

4 packs in, and no dupes. That's a great way to start. Now I just need rack packs to start showing up on retail shelves.
Posted by buckstorecards at 16:37