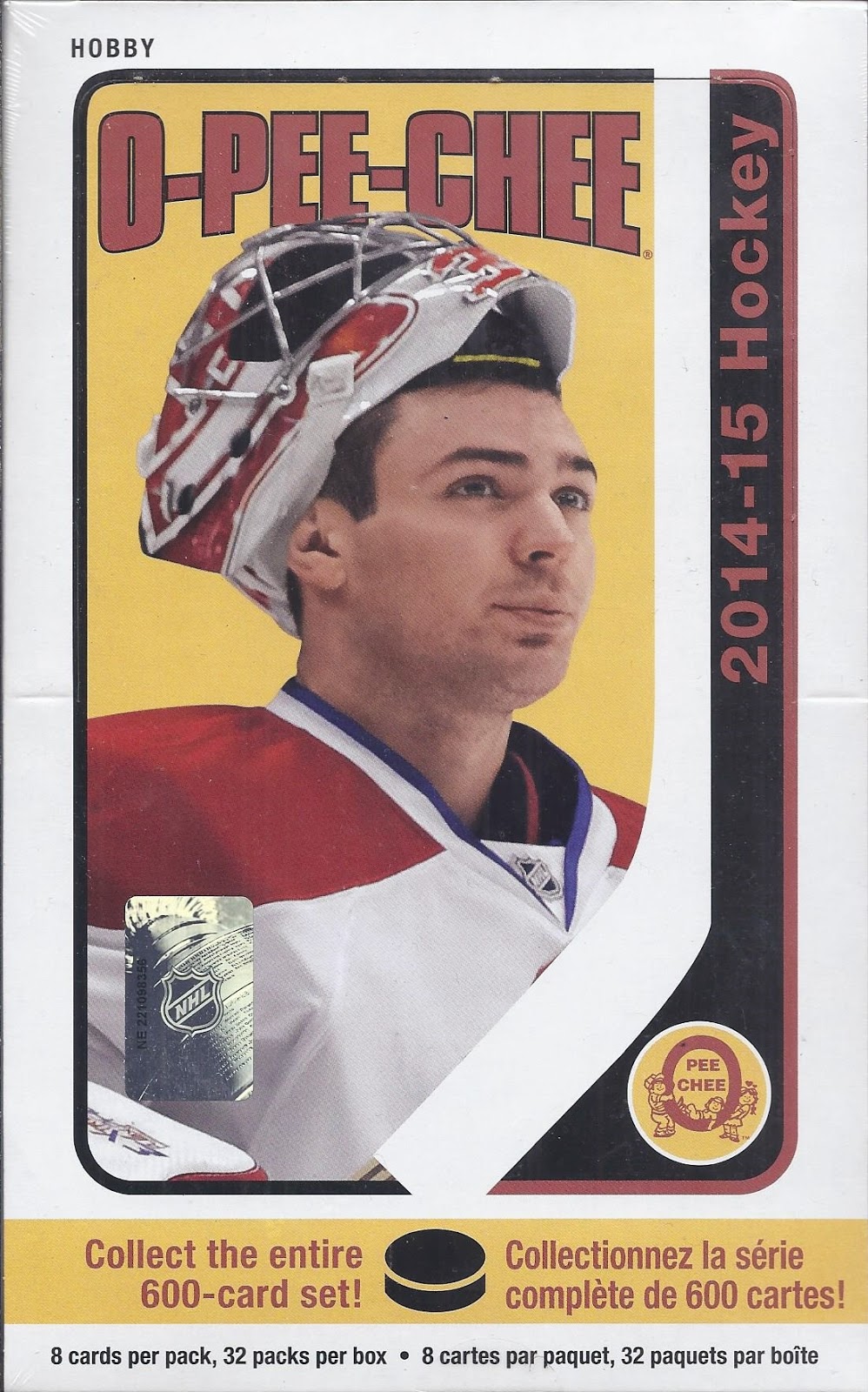 I knew I'd be buying at least one box of O-Pee-Chee hockey as I build the set. Time to dig into the first full box. 32 packs in a box. Since they were neatly stacked in groups of 8 in the box, I'll do this over 4 posts. 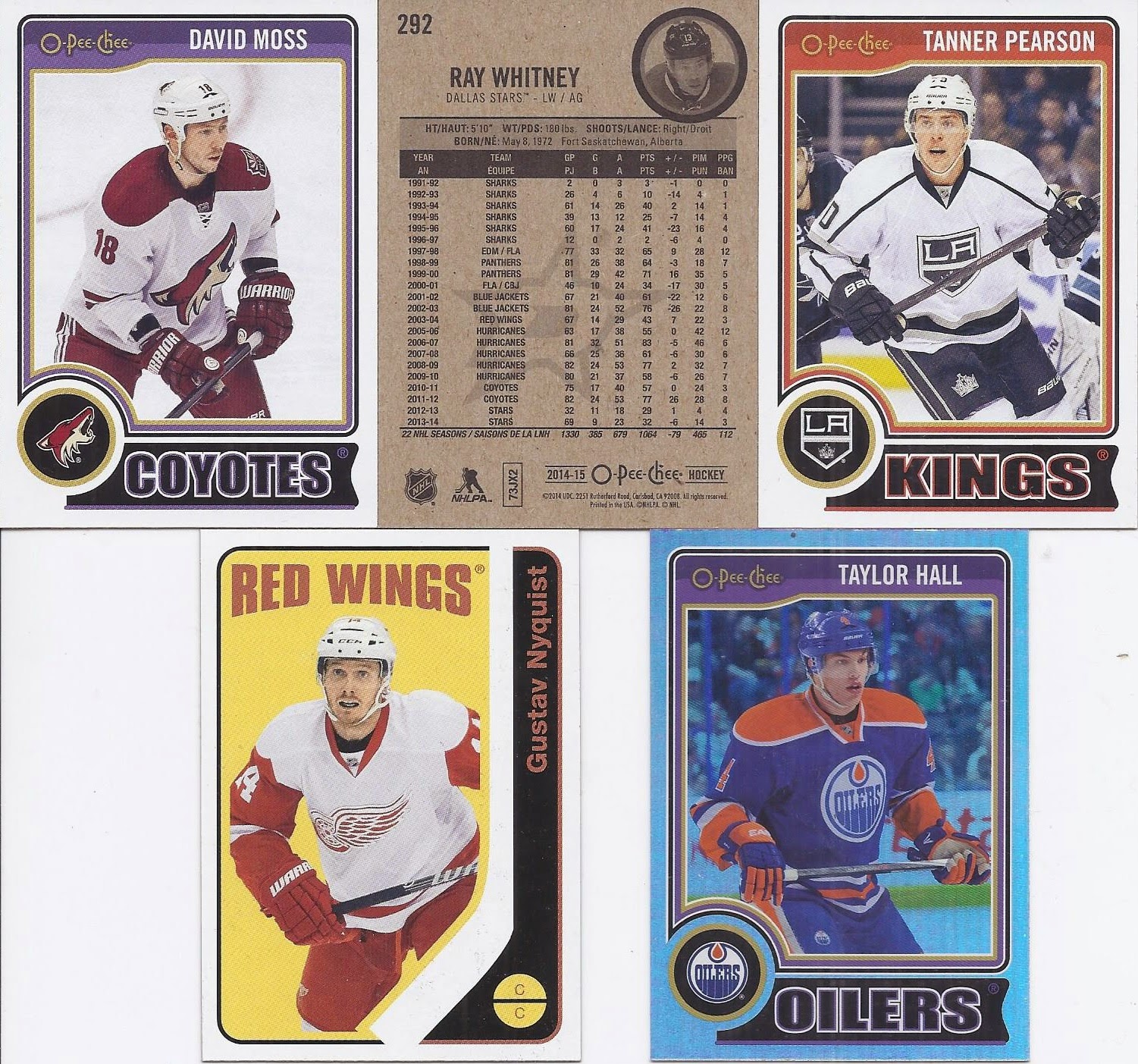 An interesting start. I was wondering in my first post if they'd have the full stats on the Whitney - it looks like they do with 22 seasons worth. It is also nice to add local guy Tanner Pearson into my set. This is my first base card of his, after pulling a auto/relic from R.A. David Moss becomes another guy for whom I'll be looking for a dupe for to include in a future TMM envelope. 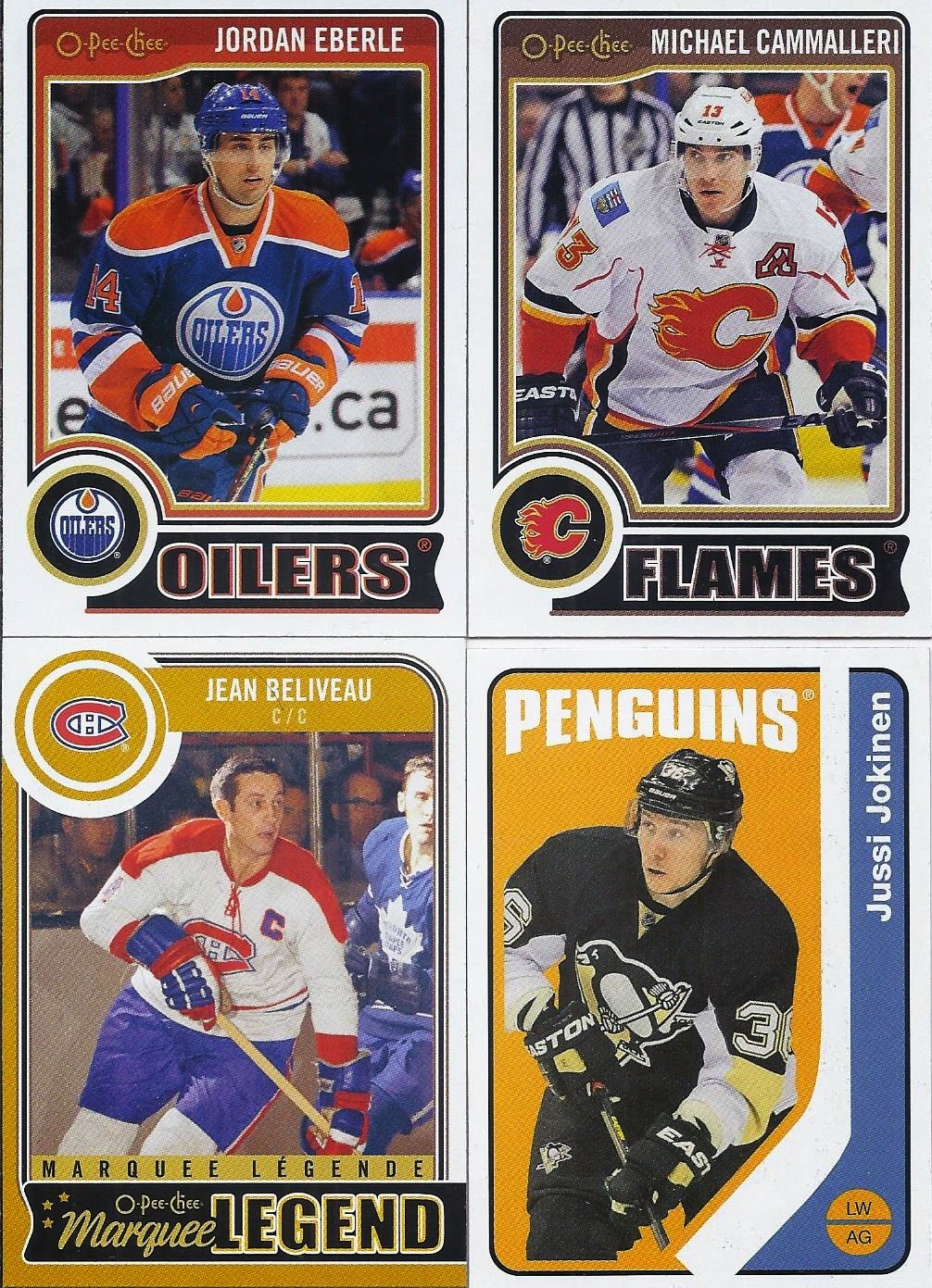 I think pulling that auto at last year's Fall Expo made me enjoy pulling anything Beliveau related even more. Two packs in, and both had a Wolverines alum in them. Maybe he really should send me money so I can keep pulling them. 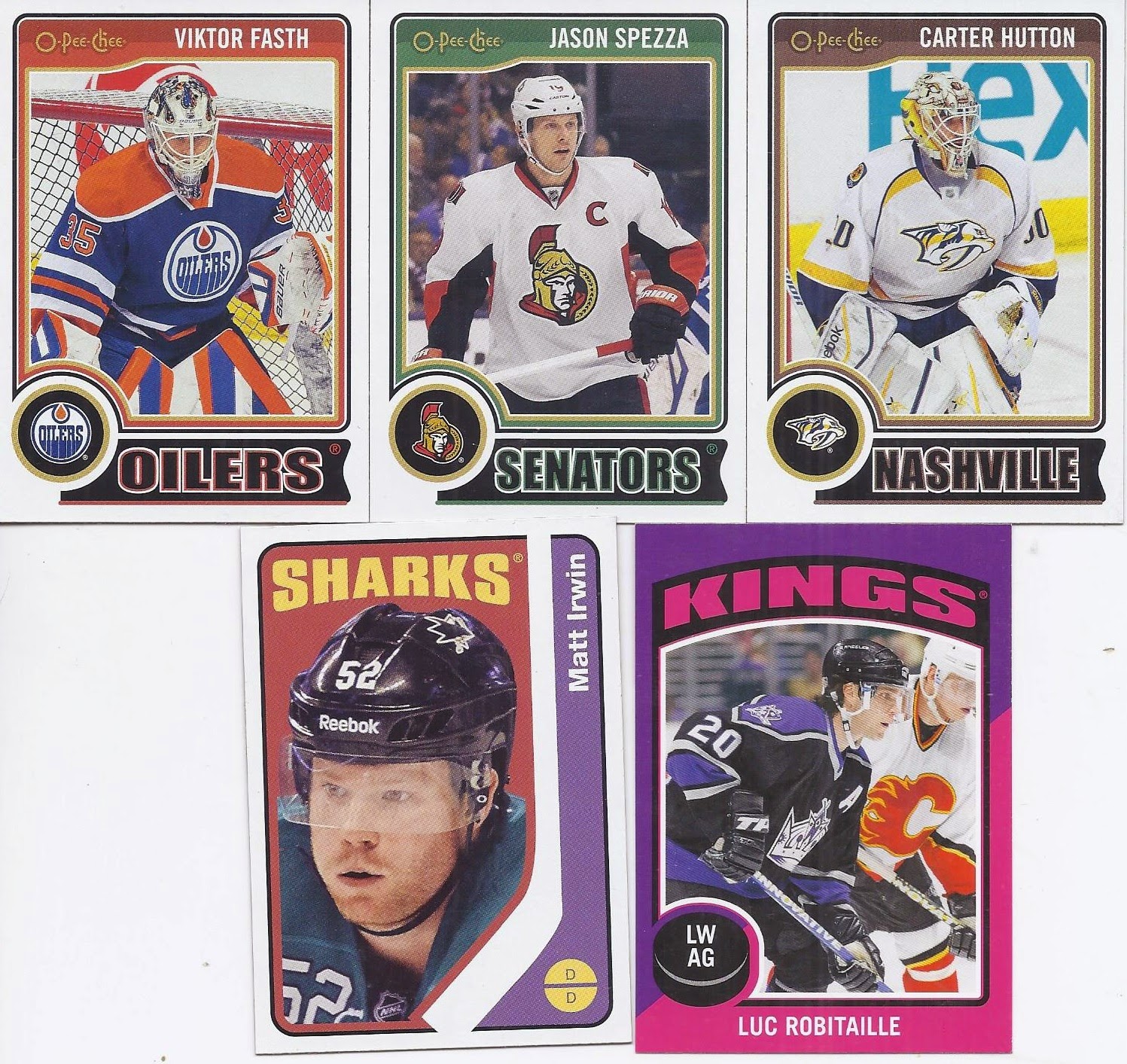 Probably the last base card to be released featuring Spezza as a Senator. I'll probably look to add dupes of Hutton and Fasth in the mask binder. And the stickers are still awesome. 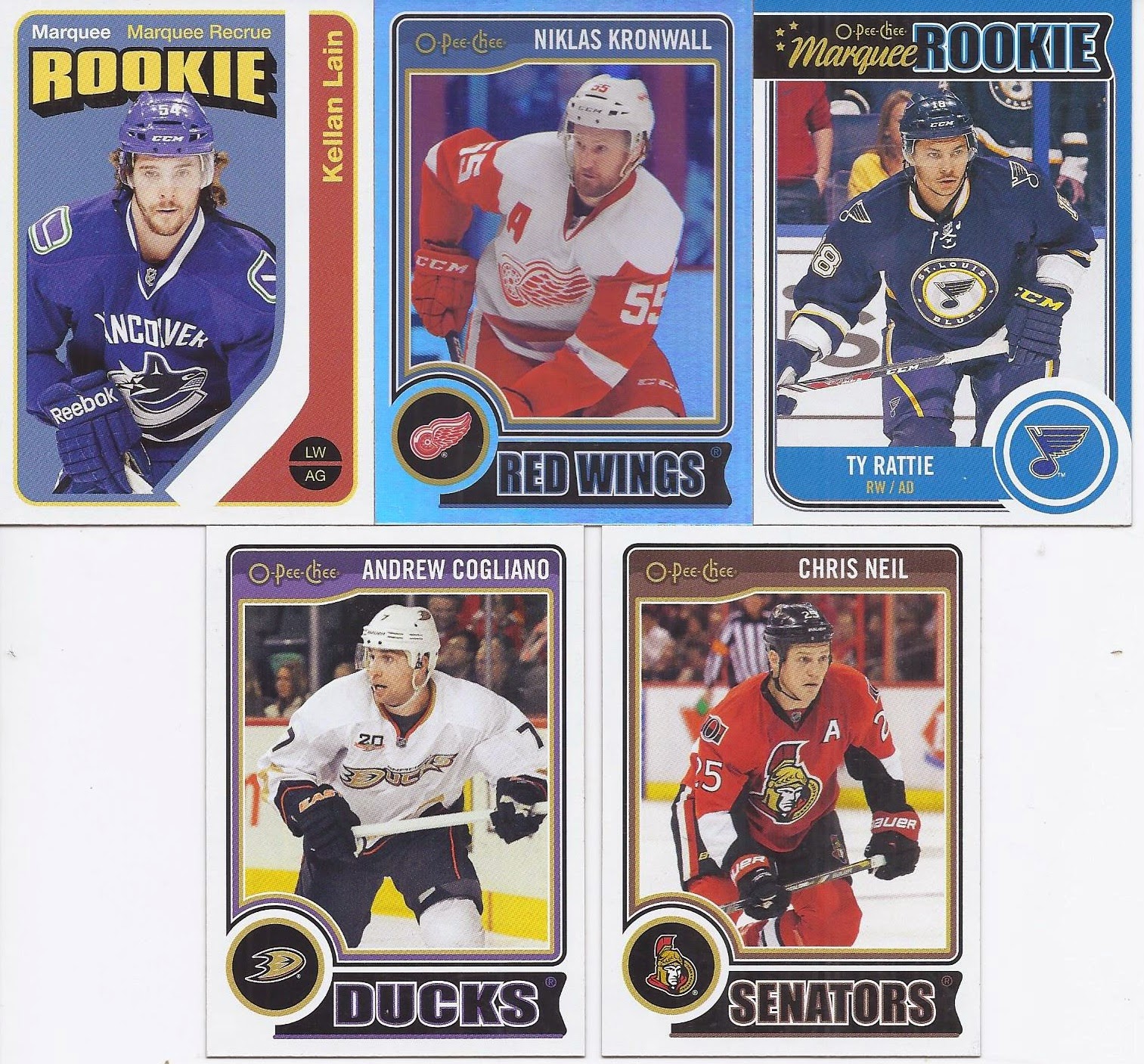 Lots to love here for me. A Sens card and my third Wolverines alum in 4 packs. Or at least the third I'll be looking for a dupe of to send off. My first rookie SP finally shows up. I think I prefer this design to the legends, but that might be the fact the blue works with the St. Louis uniforms. The retro was also a rookie, and an interesting player. You might remember Kellen Lain as the guy that got thrown out of the game 2 seconds into his NHL debut. He did play in 8 more games after that, so at least this isn't a card for someone with such a short resume. 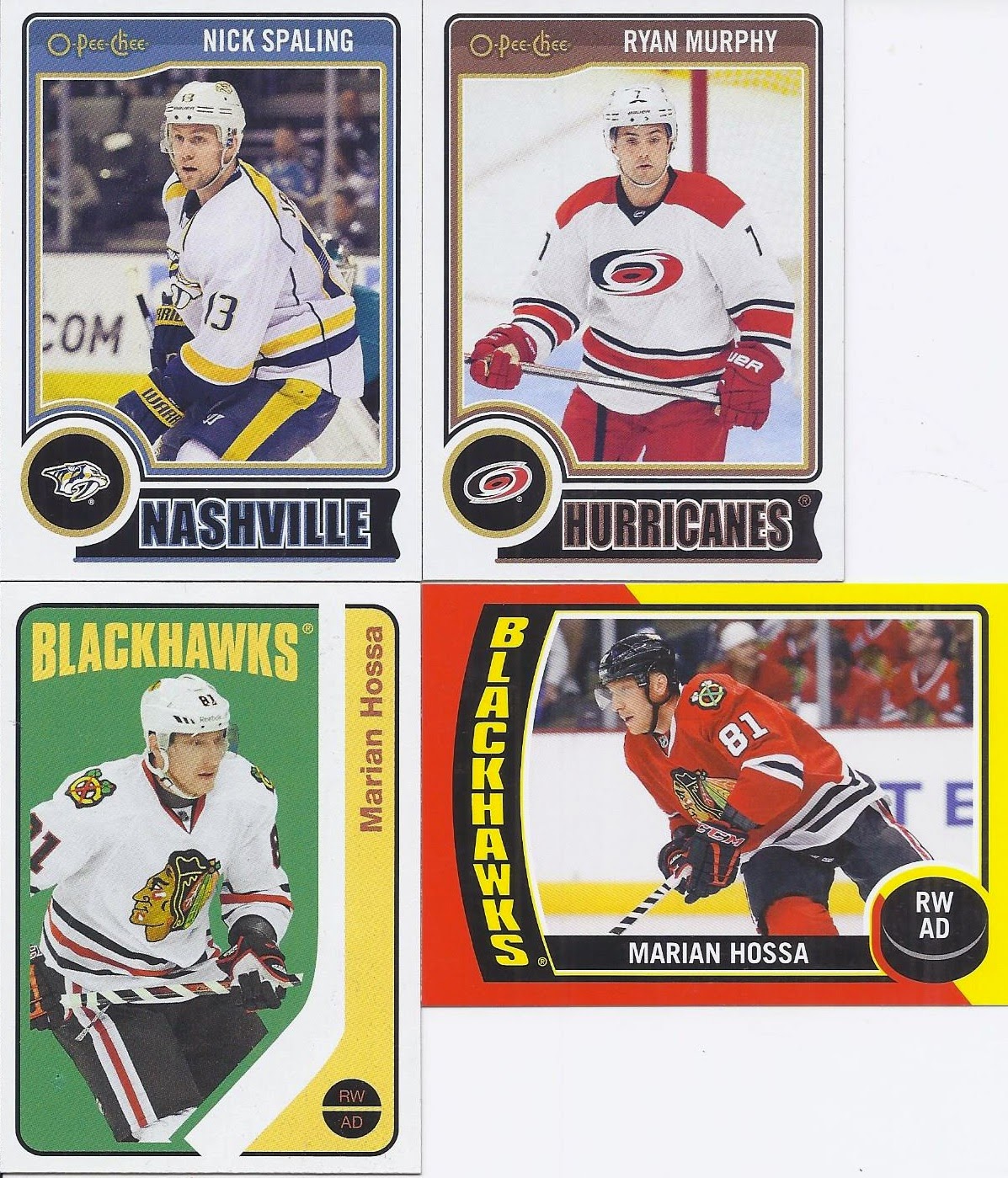 It is a Hossa hot pack! A pair of Rangers alumni with the Murphy and the Spaling highlight this pack for me.

Probably the dullest pack for me so far. The sticker gets a slight nod for me over the busy Gallagher photo. Although I can compare the Enstrom and Irwin to their earlier appearances in either this or my first pack rips as base or retros and realize the retro is just an extremely zoomed in photo. 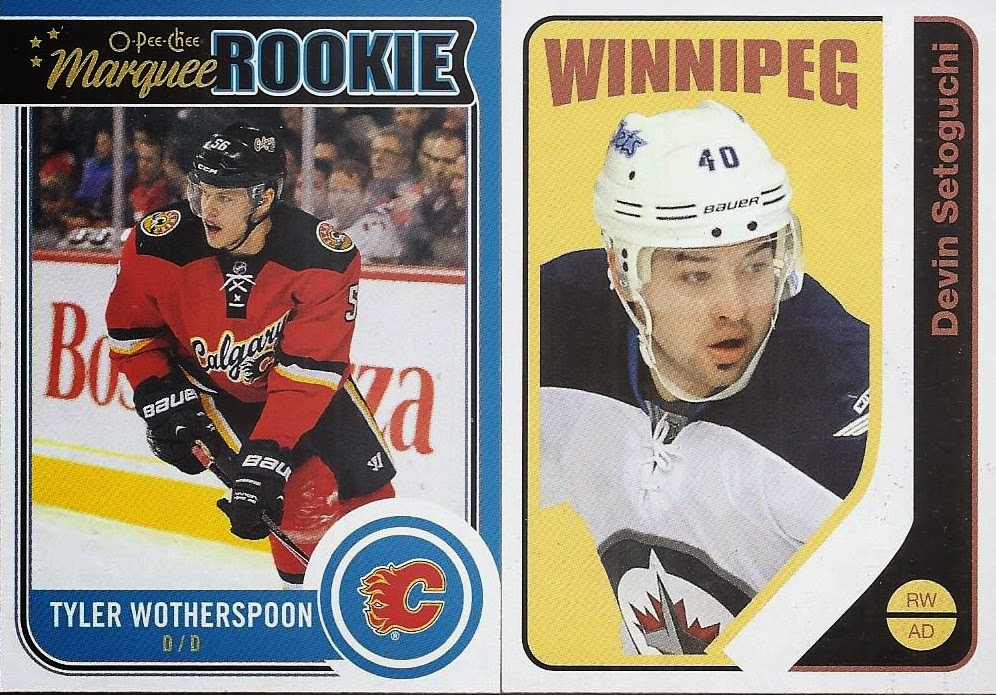 It isn't just the Blues uniform. I definitely like the design better for the rookies. It seems to pop more than the bronze/yellow on the legends.   Another dull pack for me, though.

Wrapping up the opening 1/4 of the box with this pack. There's another Wolverines alumni. Knowing that the retros feature the extreme close-up, I'm really going to want that Montoya retro card. That sure looks like the old Montreal Forum in the O'Reilly photo - perfect for this portion of the set. And Toews is likely the best player I've pulled a retro of so far.

A nice start. No dupes is the most important thing for me, though.
Posted by buckstorecards at 12:42