An odd combination of packs, but they can better be described as the packs I picked up while at the LCS to pick up the box of 2014 Heritage Minors that I pre-ordered.

There were two packs of R.A. out. You didn't even need to pick them up to notice that one pack was noticeably fatter than its partner. That meant that it at least contained at least a base parallel /100, or more than likely, a hit.

It was the latter.

And it was even a PC addition. 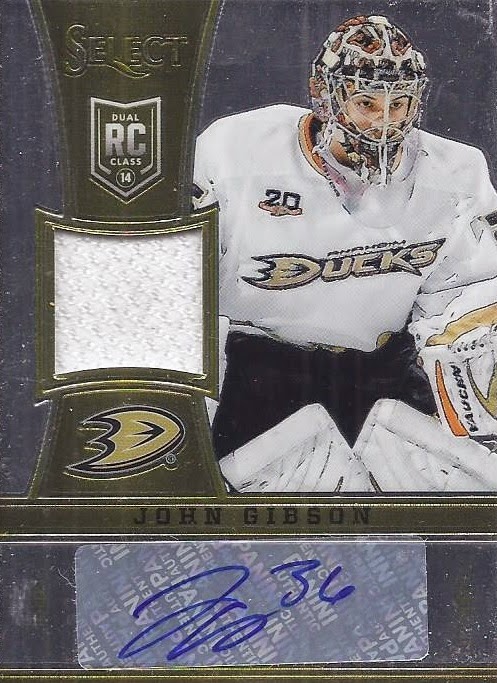 My first hit of John Gibson! It is a sticker-graph, as was typical for many of the hits in this release, but I won't complain about adding a hit of his. Gibson's stuff was really hot after a good run in the playoffs, and with Gibson tabbed to be the #1 goalie this season, I envisioned his autos being a costly addition. I'll gladly add his /199 auto relic to my Rangers alum collection. 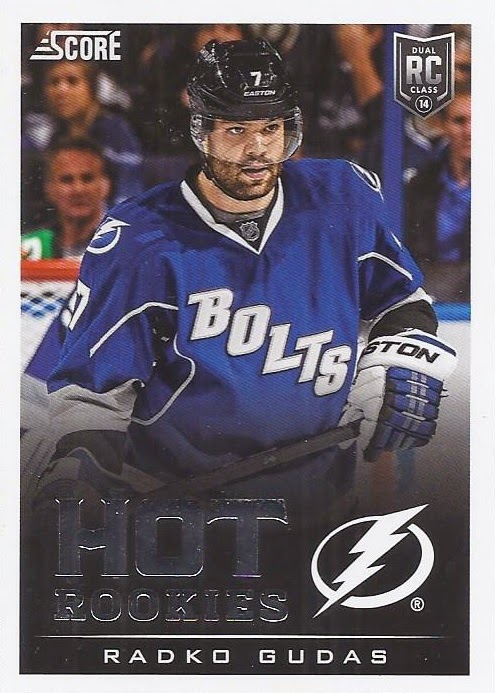 And here was the other insert in the pack.

The base card were Kessel, Price and Rask, but I think I've scanned enough of those over my busted boxes of R.A.

And now, three-four weeks after the set's release, here's the goodies from 3 packs of Chrome. 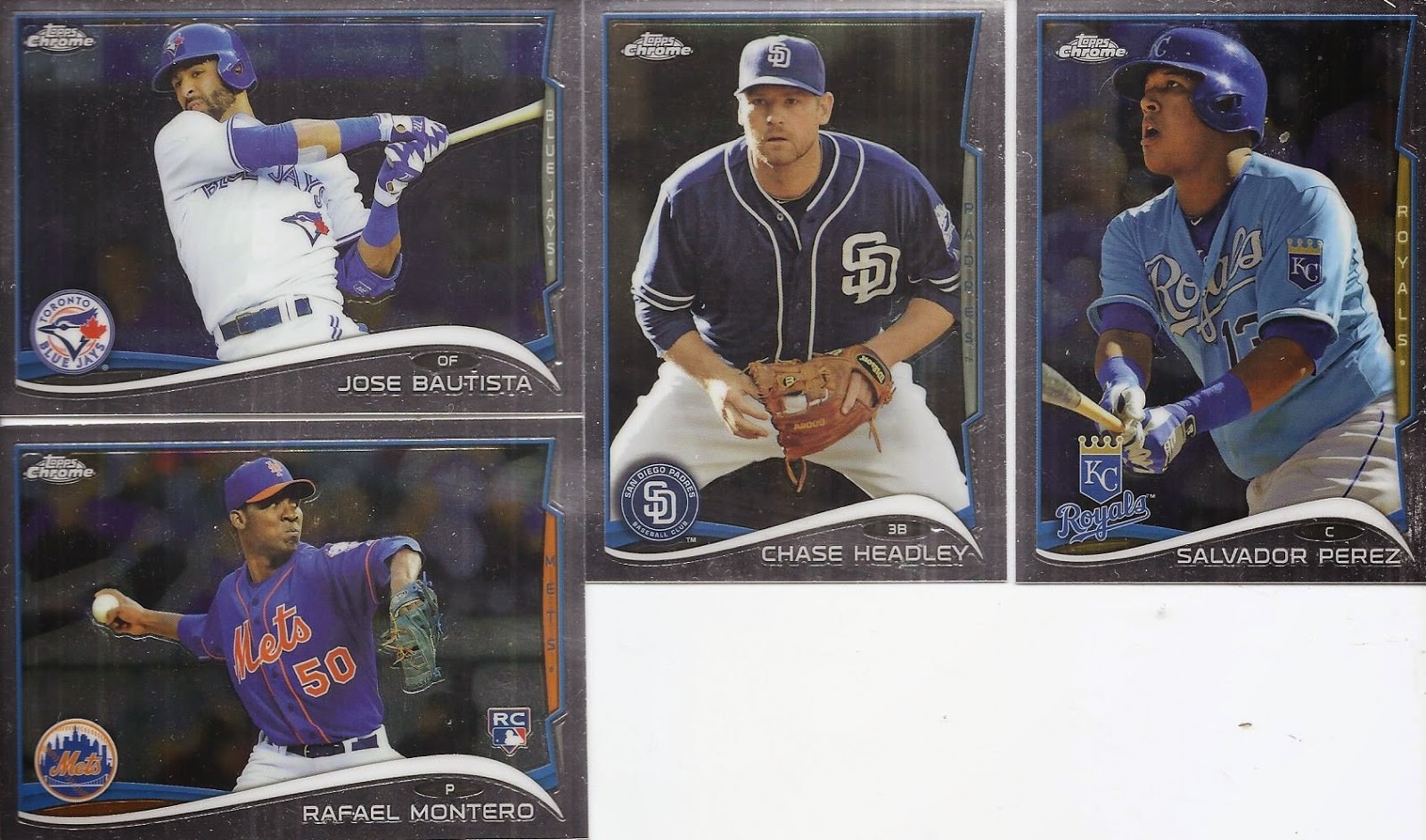 The first pack was nothing but base, but the first card of the pack being a Blue Jay card will stake the sting off of that, and the last card being a Met will also help. 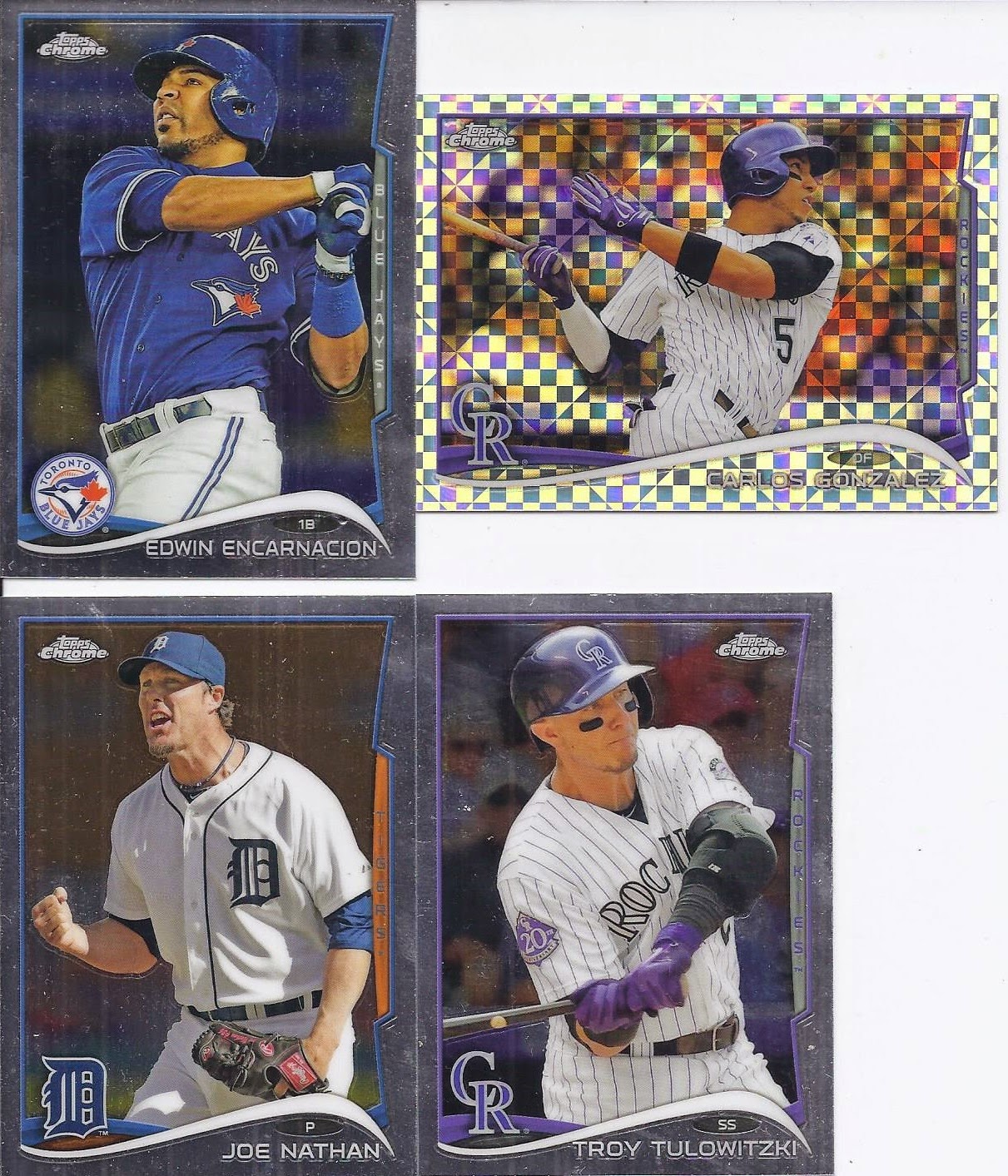 The Jays leading the way in terms of pack content continued with this pack, as Edwin was the first out. I also got my first parallel, with the X-Fractor of Cargo. It is really as loud as it appears both in hand and in scan, but it does work nicely with the purple Rockies colours. 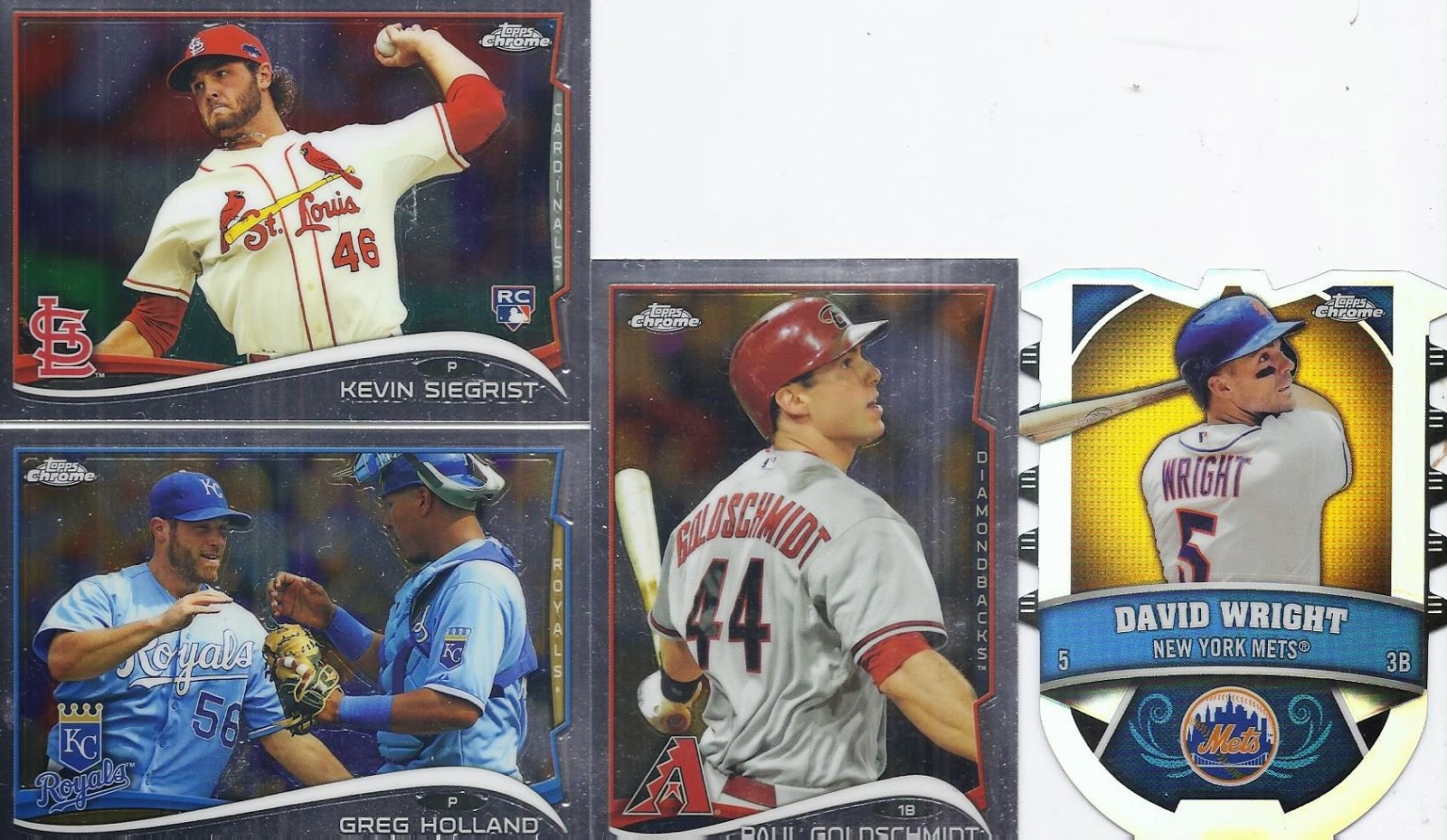 The Goldschmidt isn't badly cut - I just cut off the scan too high. Although no autos or numbered cards came my way in this sampling, I did do really well pulling cards for my favourite teams. If it was a player other than one I collect, I might think they overdid the die-cut ness of the card just a smidge.

So, I start working through the box of Heritage minors sometime next week but this was a nice little start to some pack busting.
Posted by buckstorecards at 13:04