Much as I'd love to end up with an autograph of David Wright or Matt Harvey, any auto for my Mets collection is a good one. And these here are a pair of nice autos for a Mets collector. 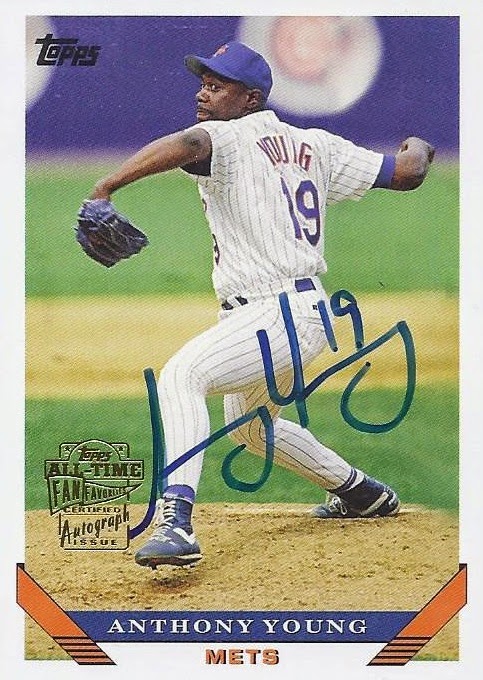 Anthony Young might be the most Mets pitcher of the miserable 90s. Putting up 27 straight decisions as losses can put you into that category. But, his certified auto has always been a want of mine for a bit now, and it was nice to add this one. It is probably that losing streak that made him such a want. It's so Mets.  He's got an interesting way of making his signature more than just initials. 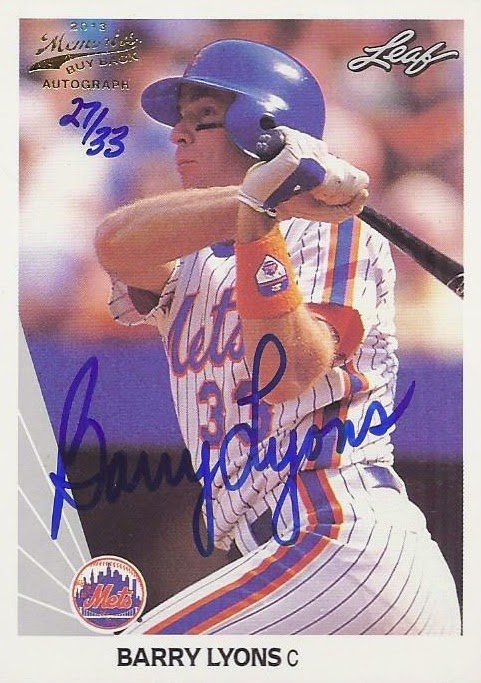 Barry Lyons was the backup catcher for the Mets through the late 80s. He earned a World Series ring via a few appearances in 1986, but lost it during Hurricane Katrina. Over the past, he's been part of a movement to bring minor league baseball to Biloxi, MS. His penmanship is spectacular, and it easily makes me overlook that this was a buyback product.

It is nice to add a couple autos of guys who really don't show up much at all anymore. Even though I'd figure that Young would be the type to show up in Archives in recent years.
Posted by buckstorecards at 13:33