A nice little package showed up yesterday - a return package from yet another San Jose Sharks dump I sent off a while back. The collection of relics for some of my favourite teams got a great boost. 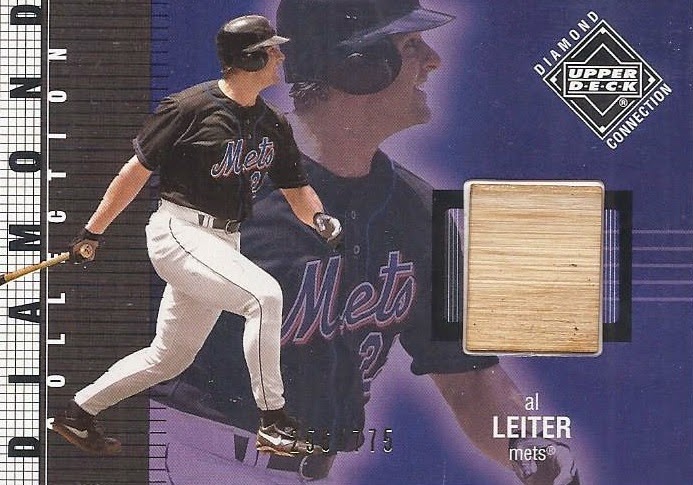 Here's my favourite of the bunch. I think this might be my first bat relic for a pitcher. Who wouldn't want a card that commemorates Al's tremendous batting ability. As best I recall, Al's batting style was pretty much a flailing style. Continuing on, here are two more Mets that will be moving into their respective binder. Both of whom will be making their debut in the hits portion of it. 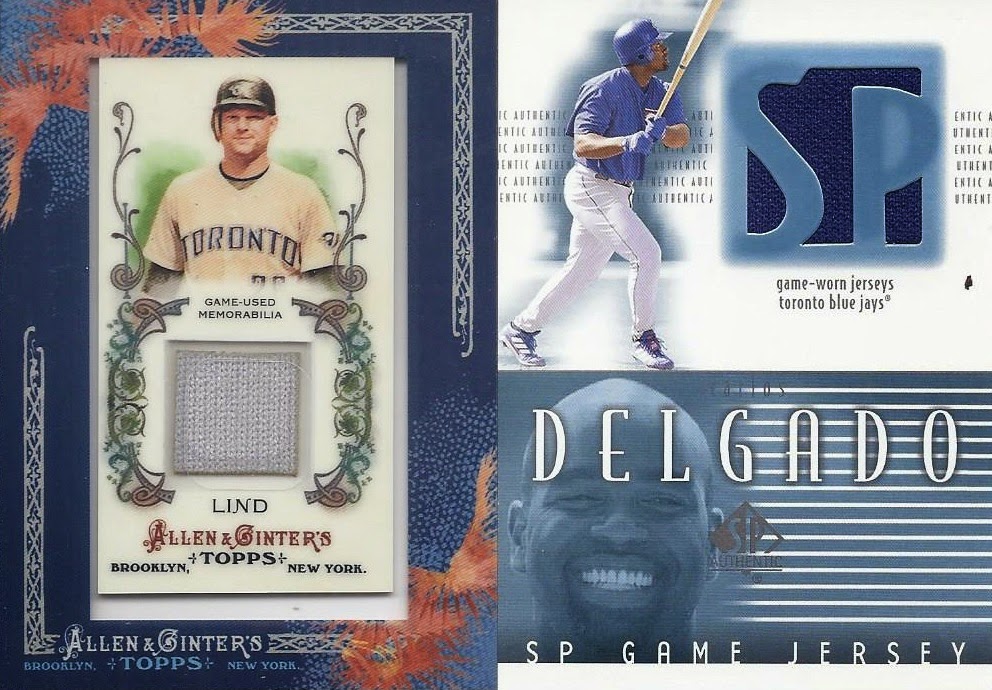 I thought that the Lind was dupe for me. But, no, this is the 2011 version, and it joins the framed 2010 and the framed 2012 in my collection. Adam got a full-sized relic last year, so my frankenset of Framed Lind relics is complete. One that I never recall making any effort to collect. And there's another always welcome Carlos Delgado hit. 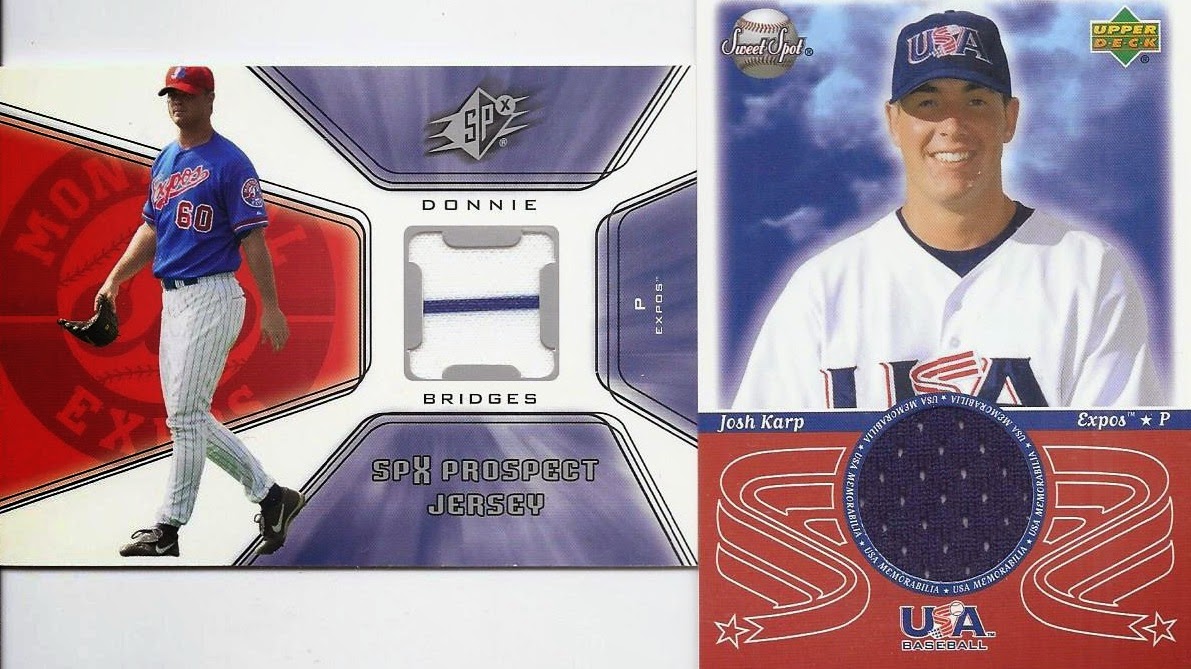 I'd never heard of these Expos. Neither one appears to have reached the bigs, so that wasn't a surprise. But, they are still nice additions. 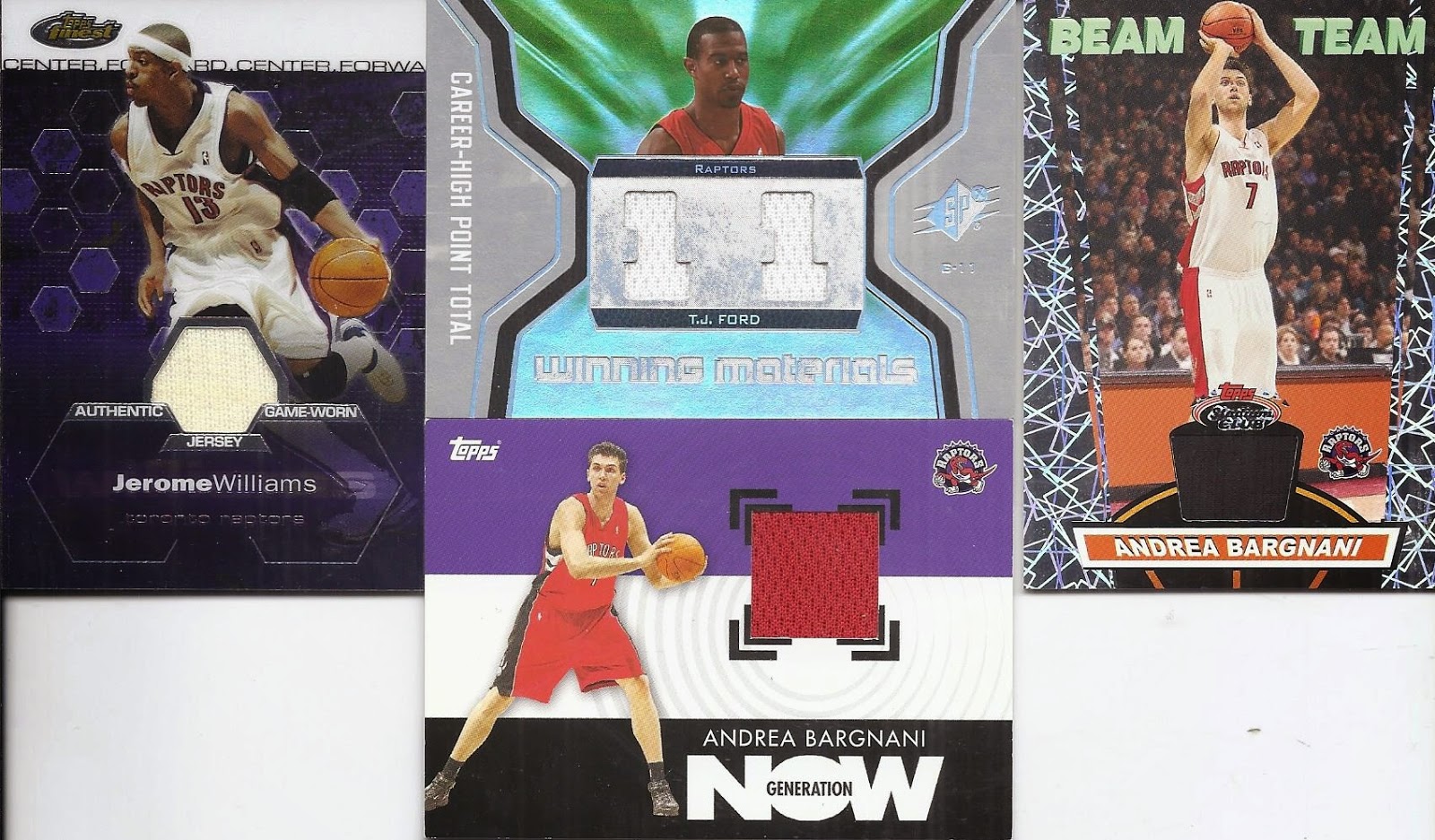 And to wrap it up, here are some cards on their way to my Raptors collection. All these players are part of the hit portion of that collection, but this will be my first relic for TJ Ford. That's nice, and I like how that card is laid out with the player's number being the window for the swatch. But, any appearance of the Junkyard Dog will pretty much automatically qualify it as my favourite card in the bunch. And it is.

So, thanks for the goodies! I'll be sure to scan the aisles at the Expo in November for an interesting Sharks hit or three.
Posted by buckstorecards at 16:02