And the rest of the purchase from last week. 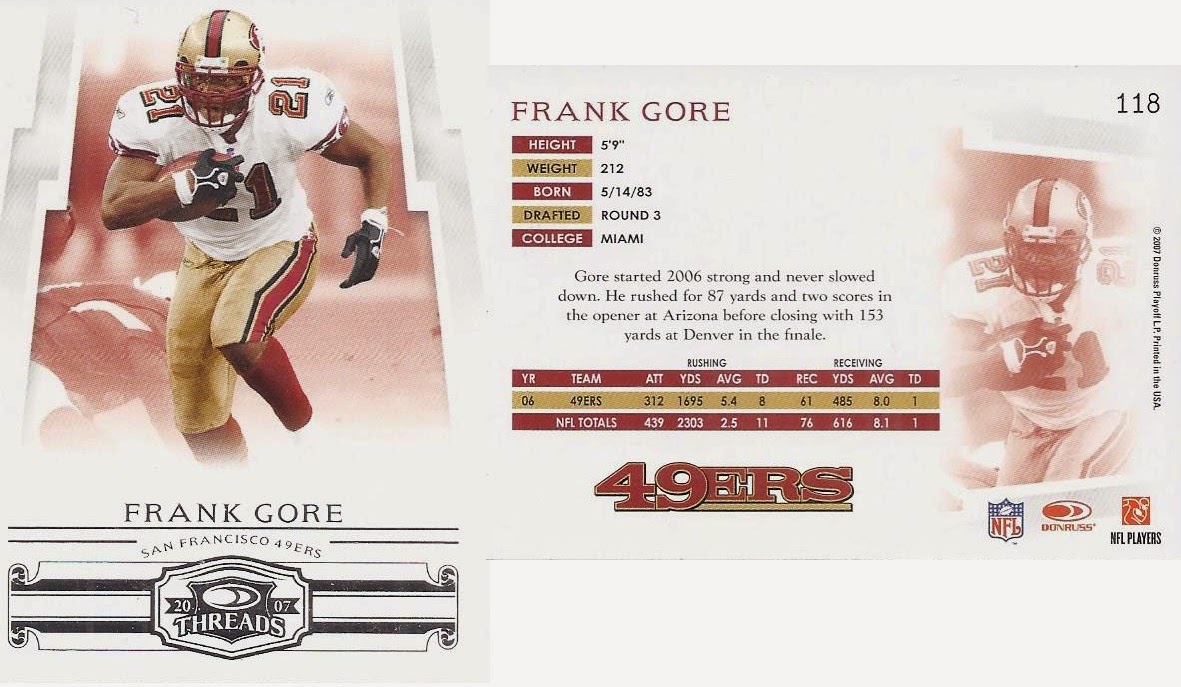 Frank Gore - These are quite aesthetically pleasing. The background is somewhat blurred, but it has been done so with the team colours. Also, I love the team name logo on the back.
Rex Grossman 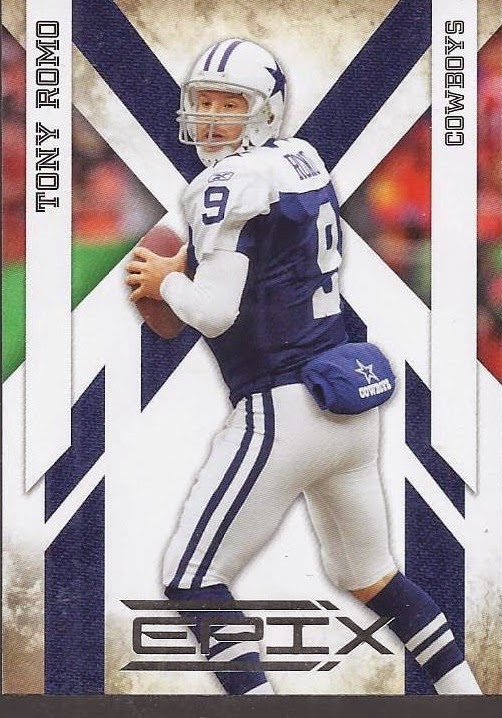 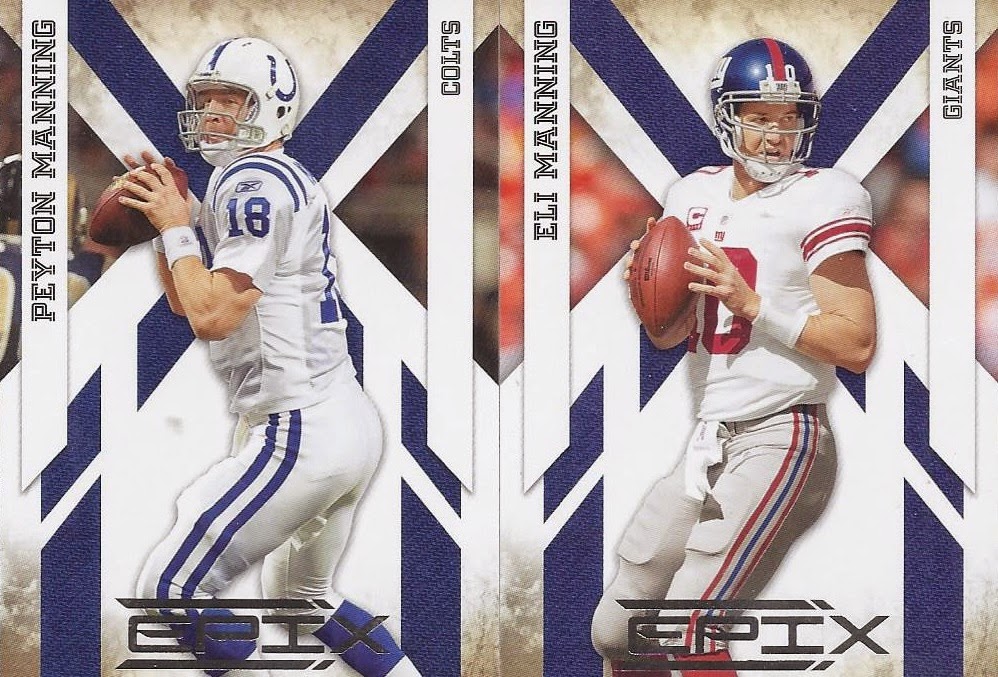 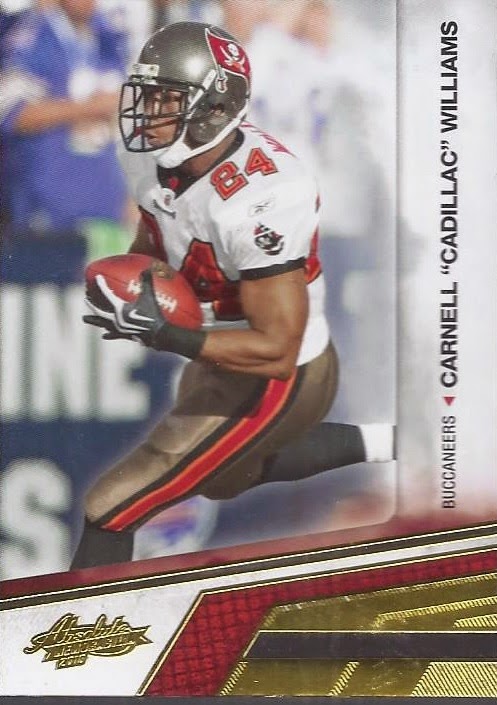 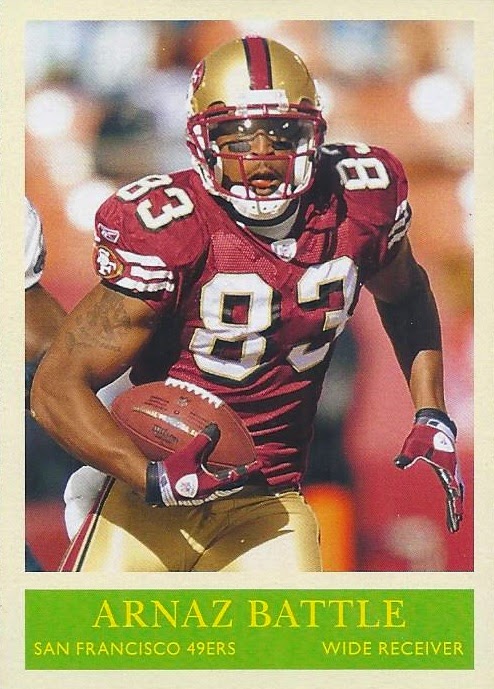 Arnaz Battle - The best card in this pack is the guy with the awesome name. There were two other cards of note, but they'll show up in the second pack. 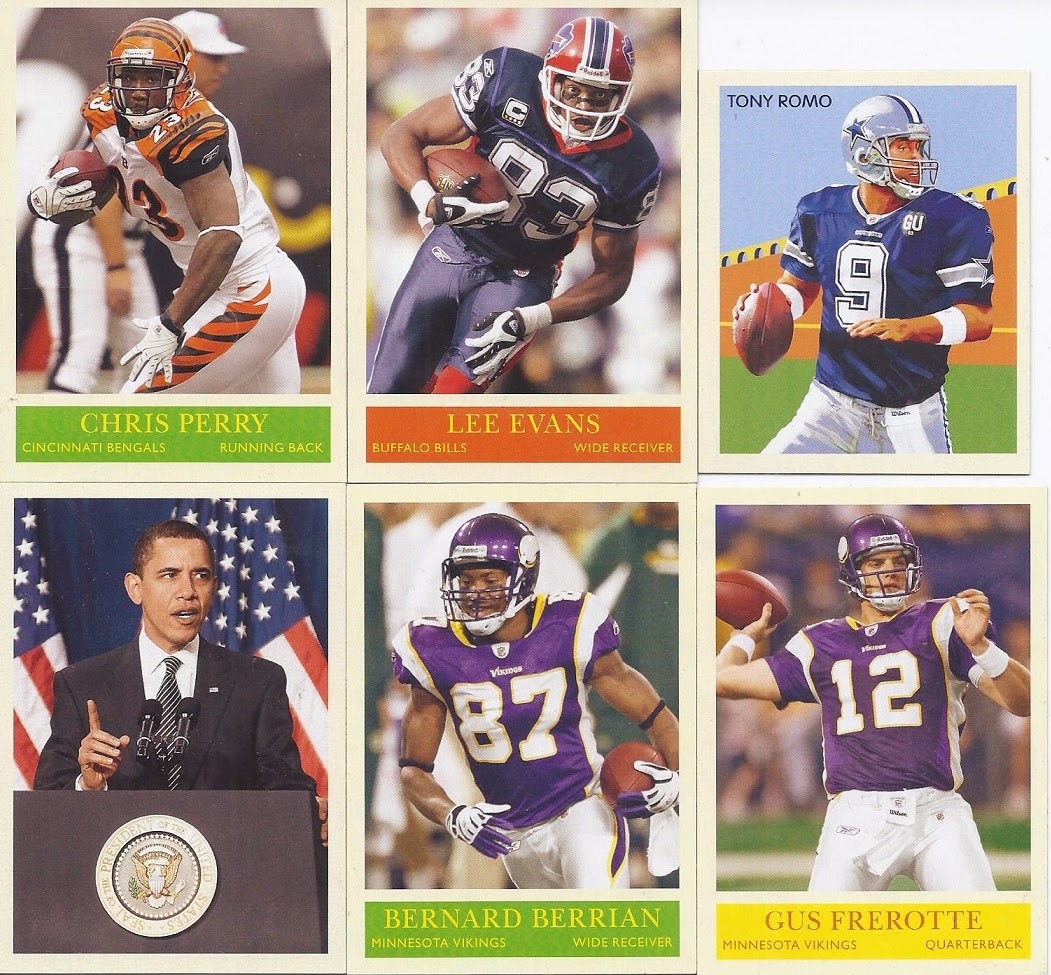 Chris Perry - Dupe! But a dupe for TMM!
Lee Evans - Dupe! But a Bills dupe!
Tony Romo Chicle - I had to look this one up to get the subset, and I think this one might be short-printed, since it is among the costliest non-auto in it. $10 at sportlots and $5.20 at COMC.
The Story of Barack Obama #308- Pulling a card of a President is always fun.
Bernard Berrian
Gus Frerotte - Wrapping up with a pair of Vikings. A pretty cool pack! 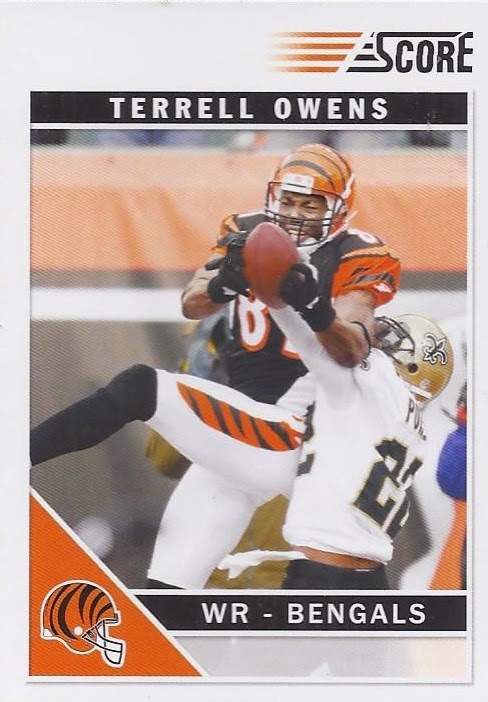 A great photo is better than nothing when wrapping up the repacks.

But there's more! I was still in a football mood, so I also grabbed a rack pack of Rookies & Stars 2013. That put me within 22 or so cards of finishing that base set, meaning I'll probably at least make an attempt to finish it, and add those needed cards to my set wantlist at some point soon. I'm not going to list all 40 cards I pulled, but I will show off one. A hit from a retail product!

And the only thing better than a retail hit than said hit actually being one that fits into your PC. 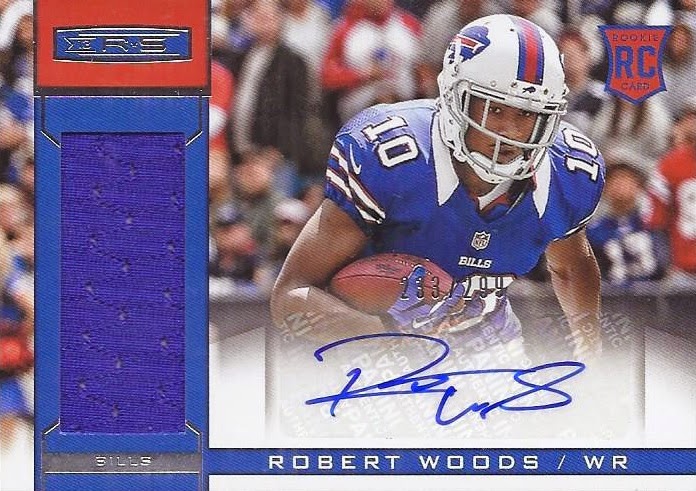 An auto/relic of Robert Woods for my Buffalo Bills collection! I've got a lot of Woods hits from last year's releases. I've got 2 relics, and now a pair of auto/relics. So the best card from this repack go through was a hit from the only non-repack product I purchased. Typical of me!

So, another repack bited the dust.
Posted by buckstorecards at 12:55