Taking advantage of a sale at the LCS, I decided to add a third box of RA to my 2014 collecting. And it was probably the best of the 3 I busted. So, for the next few days, I'll be going through the packs in the box 2 at a time.

Here's the first pack's base cards. While nothing was found here for my base set, I was able to go through a good number of singles this week that knocked my base need list down to 2. Both of which are on the way. 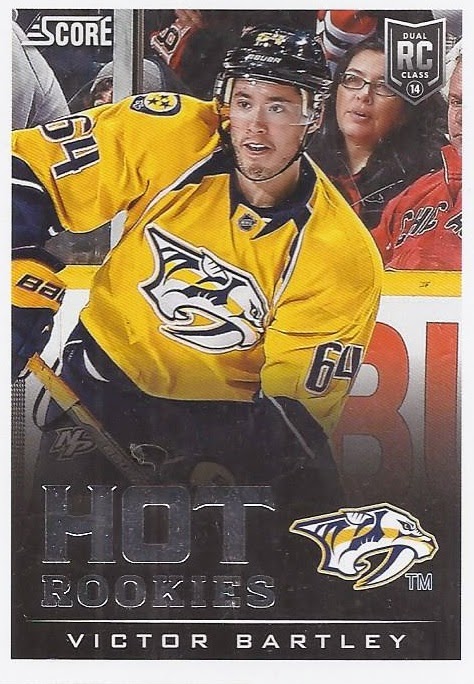 The first, and obligatory Score insert. Victor spent a decent amount of time ast two seasons with the big club. 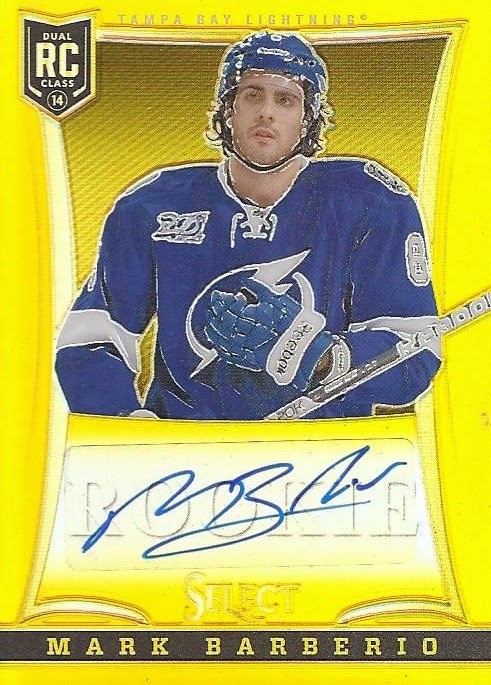 But this was definitely a good way to start off a box break. A gold autograph from Select. Gold autos are numbered to 10, and this one was 2/10. While it isn't the best player to get from this set, it is still a good one, and, much like Bartley, spent much of the season on Tampa's main roster. Thankfully, it scans brighter that when it is in hand.

Pack 2 was a little nicer in terms of base cards, giving me both the Tavares and Subban for the base set. 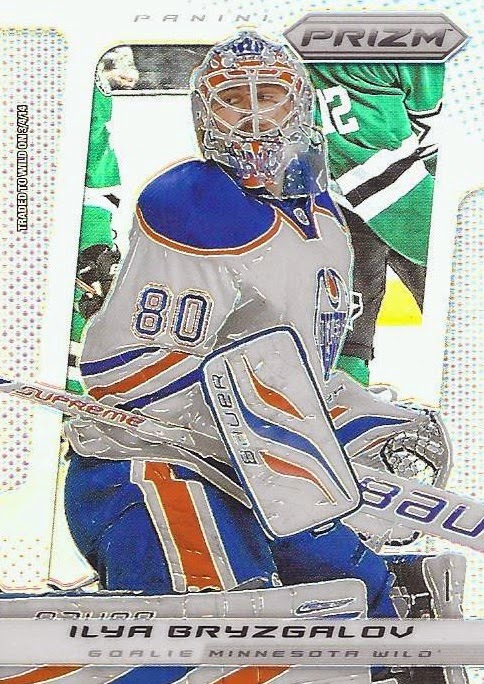 No Score base in this one, but that card was replaced by a Prizmy Prizm of Wild goalie Ilya Bryzvalov. 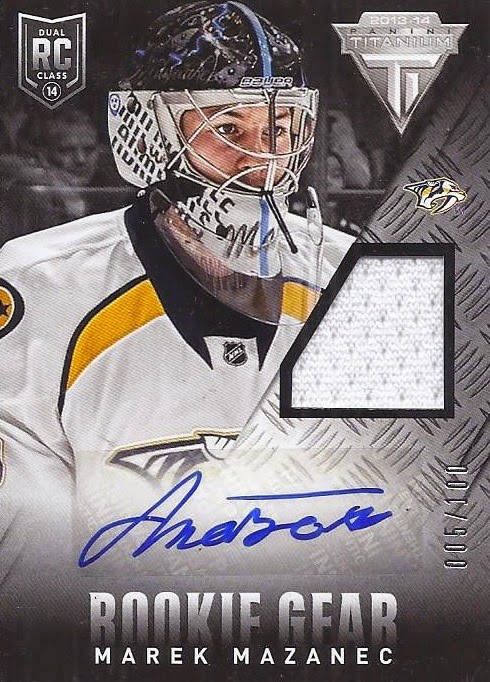 And two packs in - two hits. This one is numbered to 100, and keeps the Nashville theme from the first pack, providing a rookie hit of goalie Marek Mazanec. It will certainly be on its way into my masks binder at some point. Also, it is a nice example of Goaltending Gallimaufry (tm: Card Boarded) showing the mask of his time with the Milwaukee Admirals.

2 down. 8 packs to go. And things will only get better. I ended up with 6 numbered cards in the break, and that Mazanec was the highest numbered of them. So, even though the gold auto was my lowest numbered card of the break, I still have some pretty nice swatches to show off.

Packs 3 and 4 later today or early tomorrow.
Posted by buckstorecards at 06:16