Time to get the bad taste out of my month from the first pack of that repack with a trip to the flea market. Unfortunately, my usual hookup wasn't there (or at least not in his usual spot), so it seemed I'd limit my goodies to corn, raspberries and yellow beans.

But, there was someone there with a pile of gaming cards, and a handful of baseball cards. There were primarily team sets from the early 90s in team bags, but there was also this: 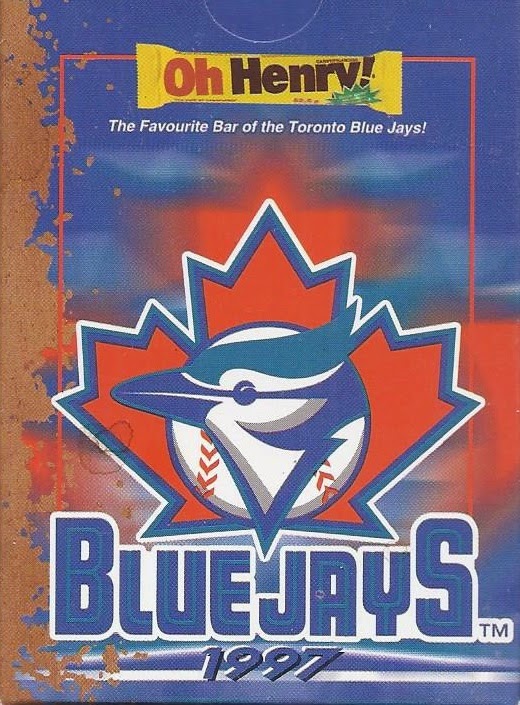 An oddball give away team set from 1997. For only one loonie! Take my money! And the 36 cards are just perfect for showing off at 9 per scan. 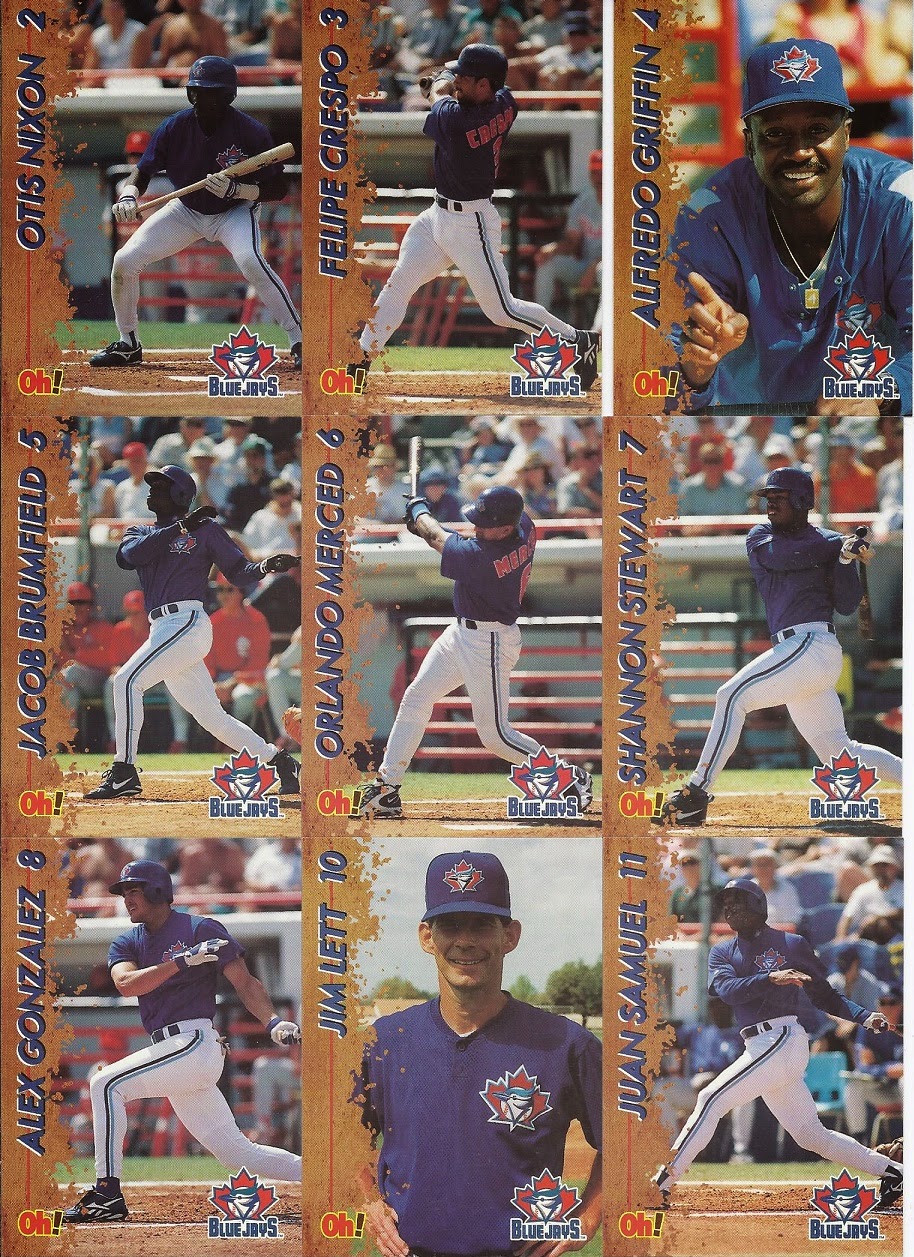 Here we have the first 9. Get used to a photographic theme. Lots of spring training shots - and all primarily from the same camera position. I guess the fine folks at Oh Henry invested in a tripod, and didn't want to have the photog waste that money spent by moving around. 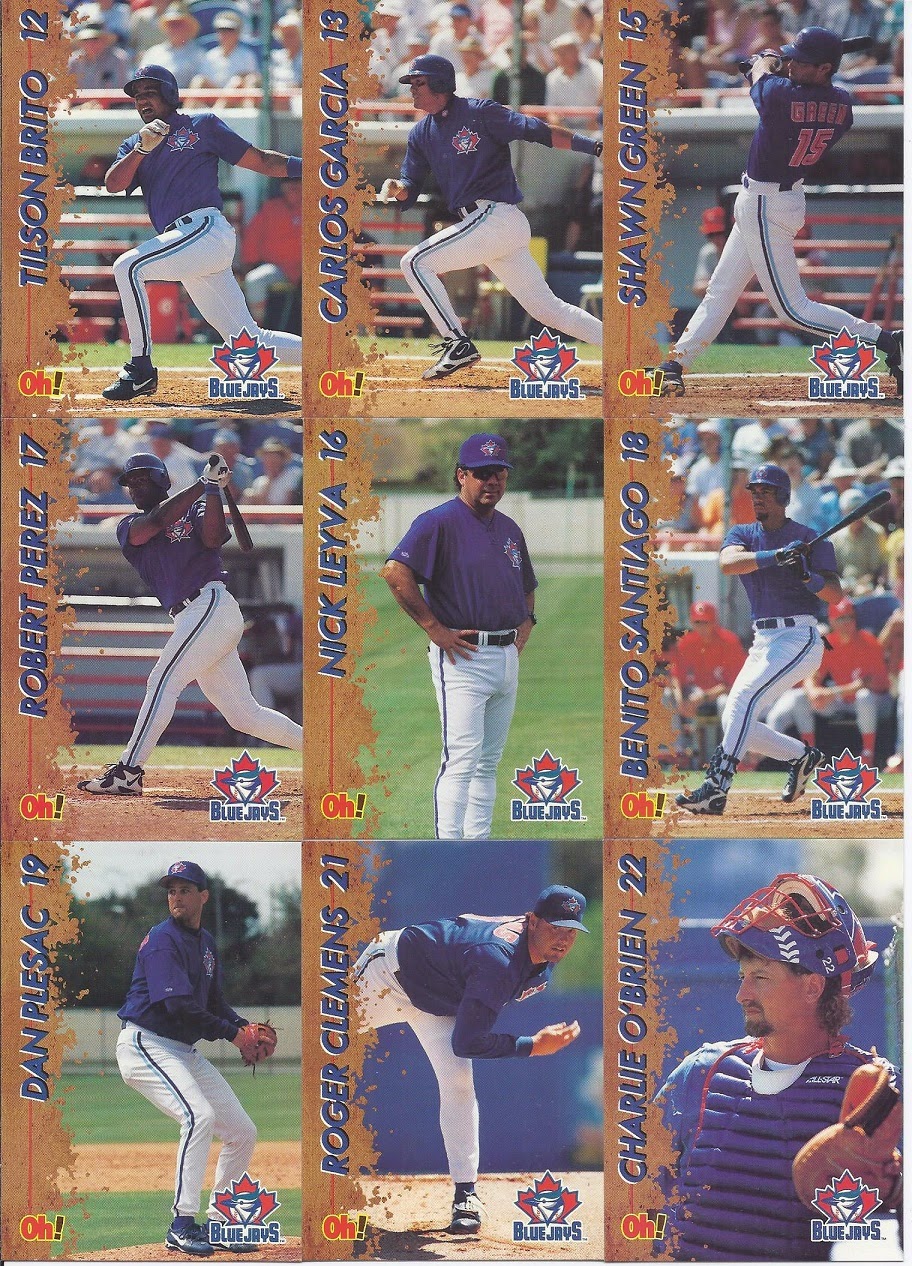 More of the same in the second batch. But there are a couple notable cards here. Dan Plesac spent all or part of several seasons in Toronto, but only got a pair of cards from the big boys as a Blue Jay. One in 40 man, and the other in Pacific Online. I now have 1 more Oh Henry card (this and '01) card of his as Blue Jay than from any other releases. And you also have an appearance of Charlie O'Brien and his hockey style mask. 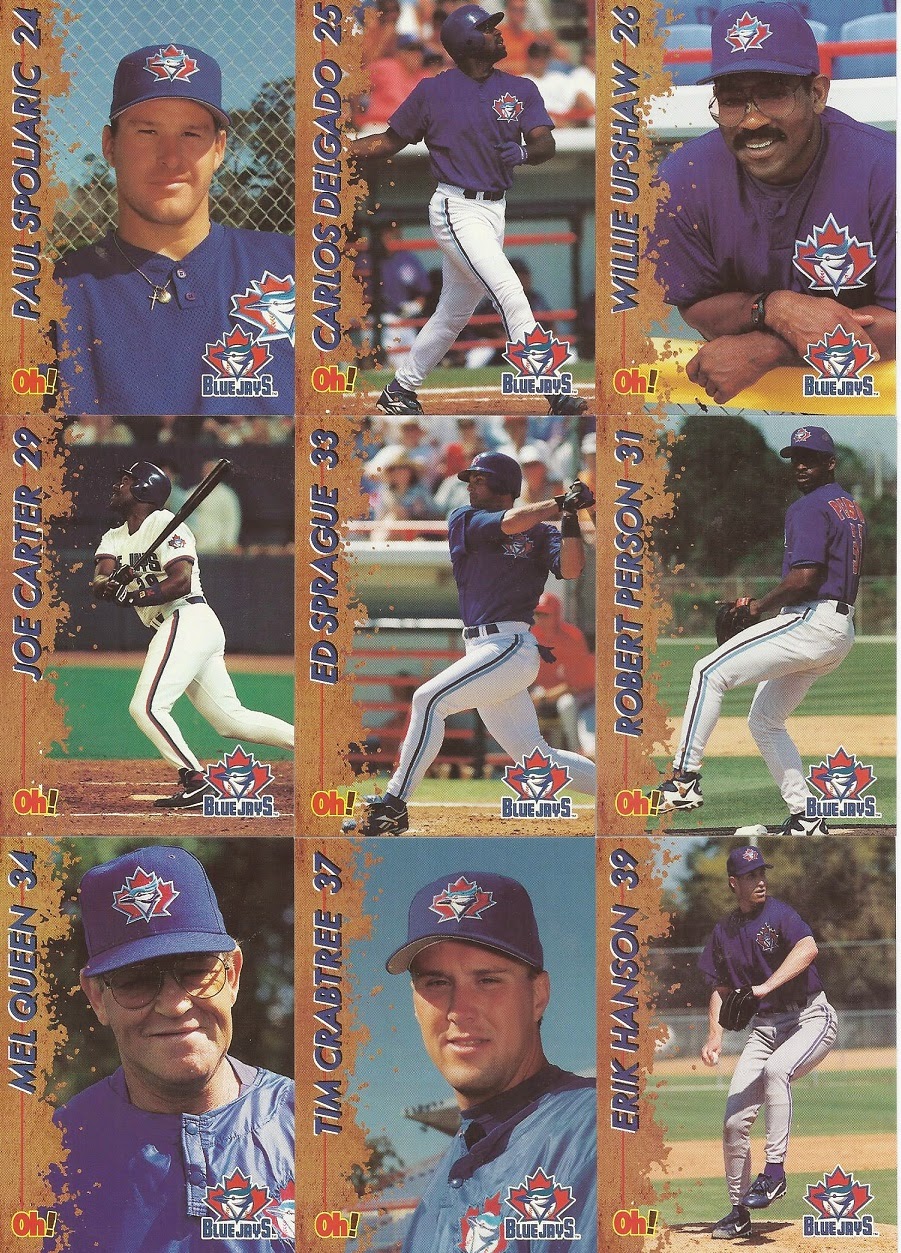 Wow! A non spring training photo! Wow! That's the only one in the whole set. And someone really should have told Willie that while those glasses would have been fine in a 1987 set, they look really geeky in a 1997 release. 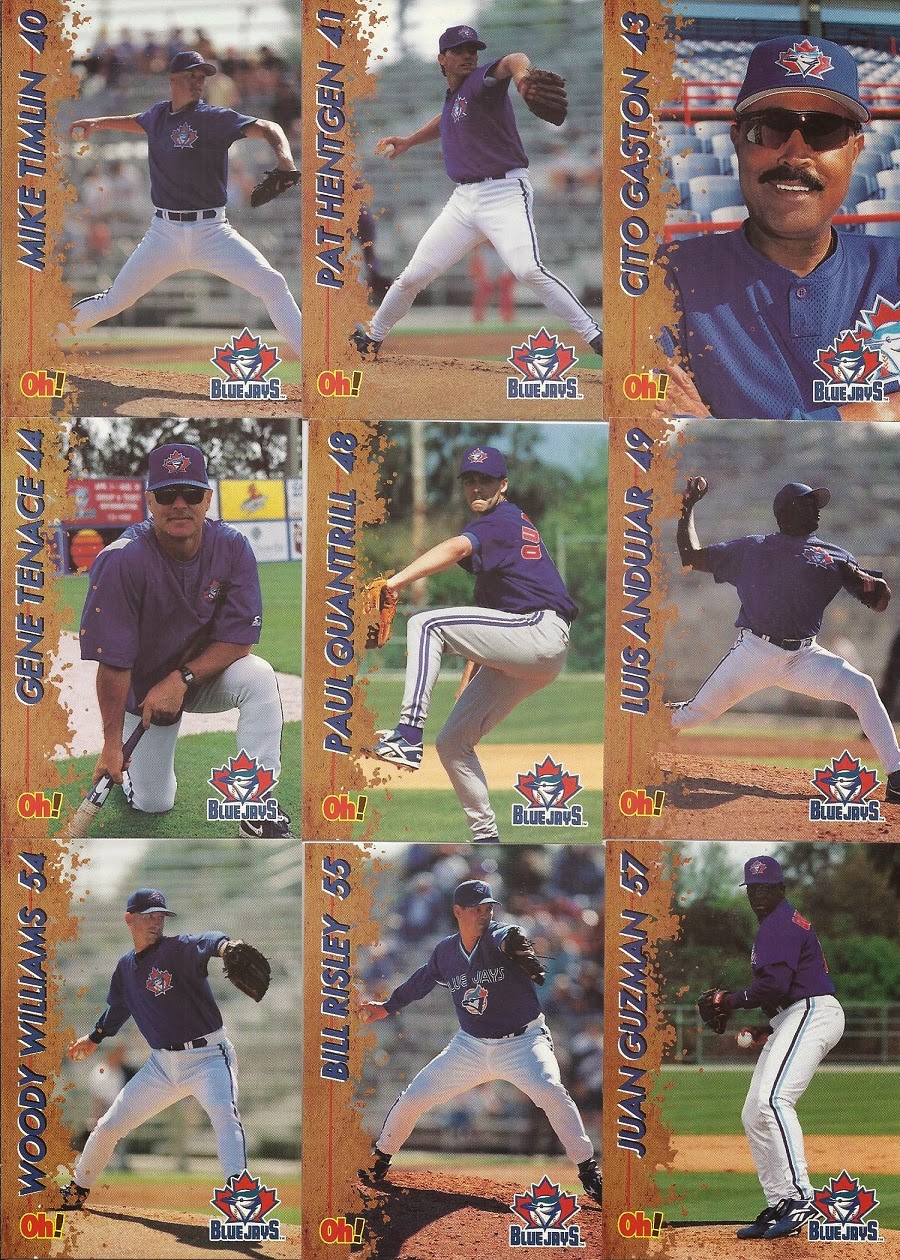 And here' s some proof that pitchers weren't exempt from the same problem that plagued the hitters. I did add my first card of Luis Andujar as a Blue Jay, though.

Despite repetitive photos, how can I complain about this at the cost? I just regret not picking up a second one for trade bait.
Posted by buckstorecards at 11:52