If variety is the spice of life, then this repack wasn't too spicy. Instead of an interesting mix of products, I got a very bland mix.

So, definitely nothing in terms of variety, but I still might find some nice cards. Time to bust these packs!

Prizm does mean some nice coloured parallels, and I didn't do too badly pulling these. I didn't bust any basketball retail, but I only got a one or two from the retail packs of each sport. Based on that ratio, I'm more than happy getting three red and three green.

The red side completely wins this battle. While you'd think the red would be brighter, it is actually more subdued than the green, both in scan, and in hand. The players are pretty even, but Norm Nixon in the San Diego Clippers uni gives them the edge there as well. My only complaint that is that despite saying San Diego on the front of the card, it has the LA Clippers logo on the reverse. 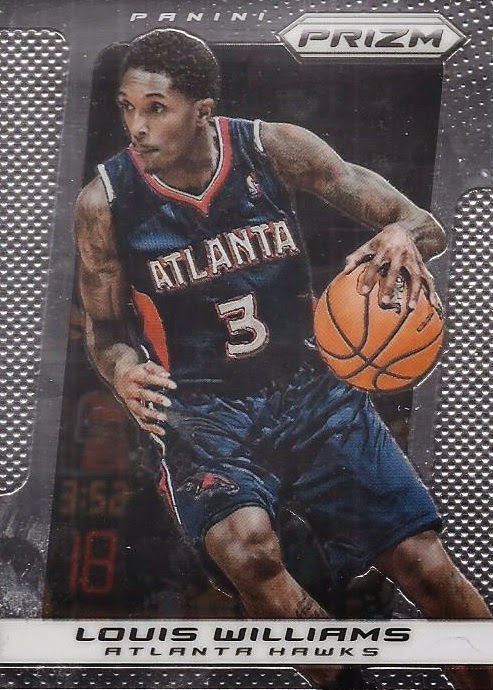 Depsite all being recent content, the Raptors content wasn't there. The closest I came was Louis Williams, who was traded to the team this past off-season. 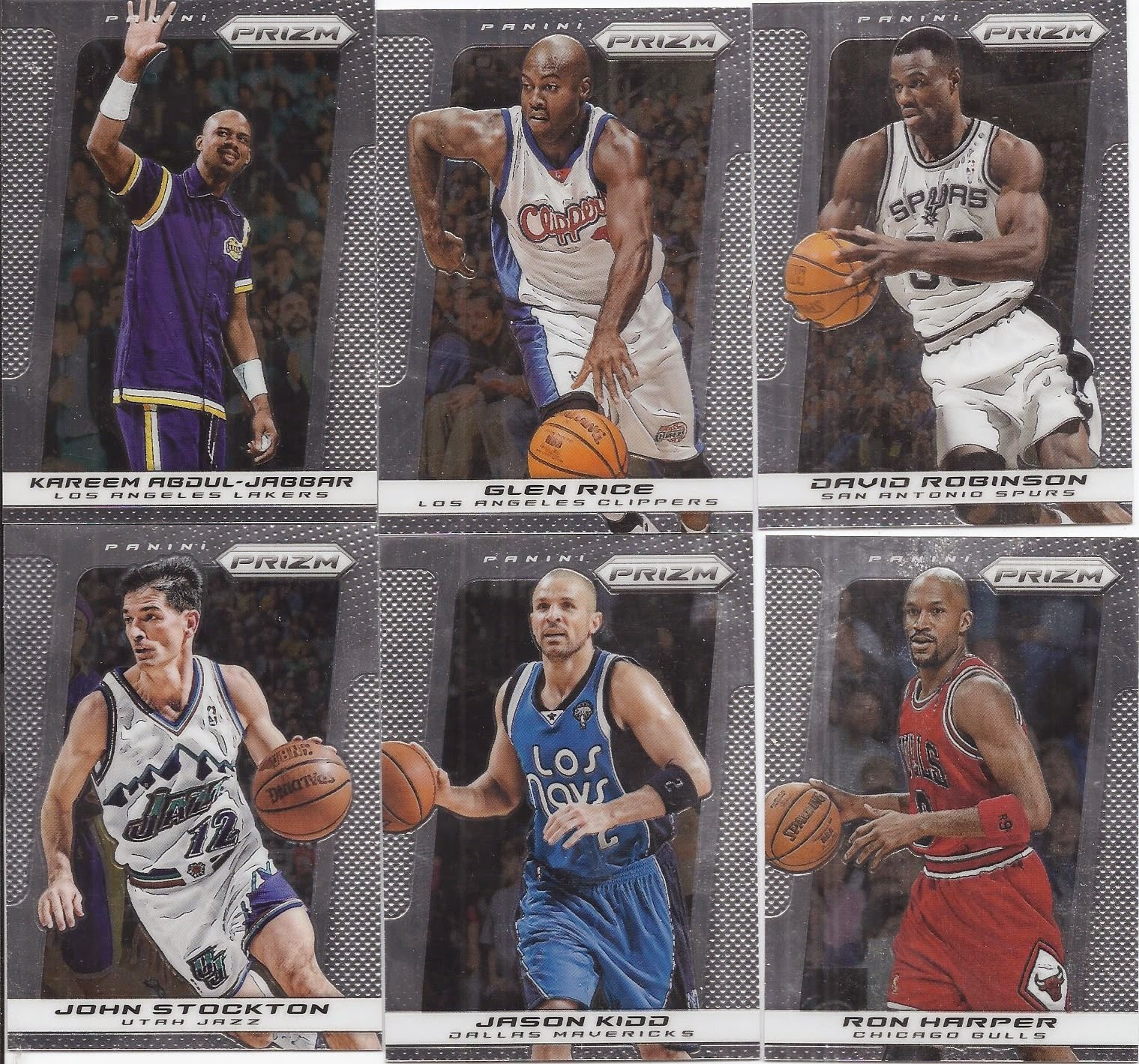 I hinted at with the Nixon, but one of the best things about Prizm is the usage of retired players in the set. While you'd expect to find guys like Kareem, Stockton and The Admiral, seeing Jason Kidd sporting a Mavericks variation, and the appearance of Ron Harper and Glen Rice (already put aside for TMM) were all pleasant surprises. 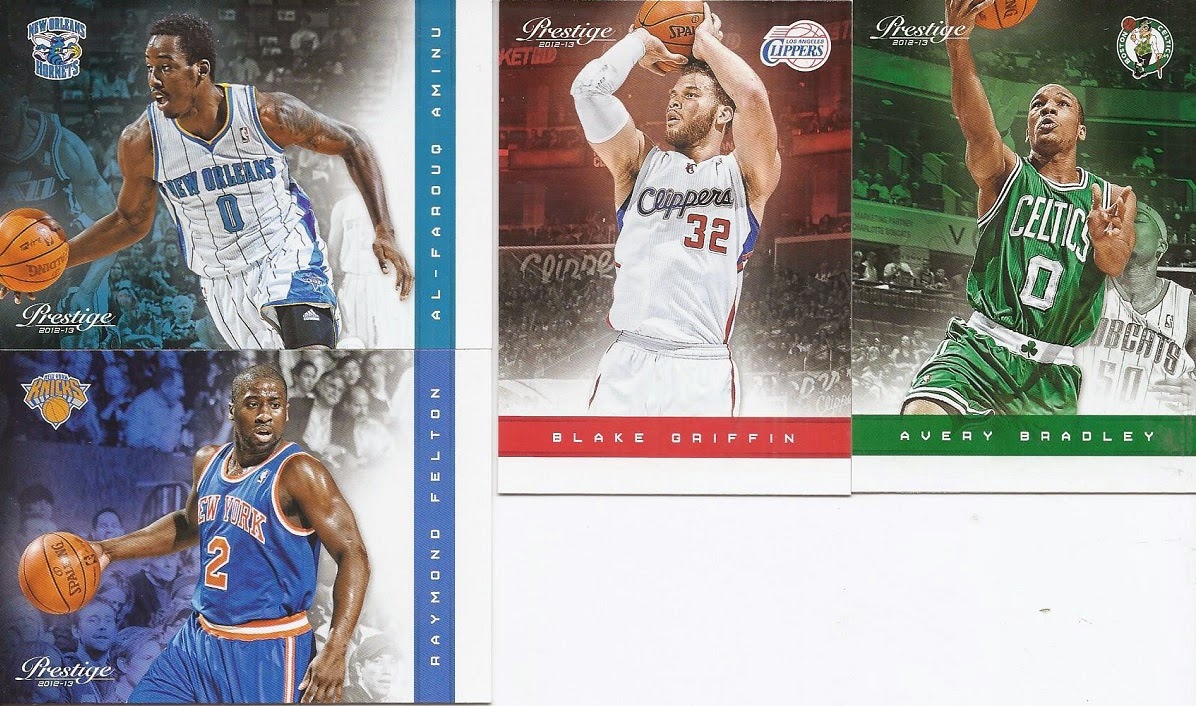 Prestige was a strange mix of horizontal and vertical cards - something I'm really not expecting with a basketball base set. The design works better when the team colours are more subdued, allowing the player to really stand out against the background. The Avery Bradley was the only Celtics card in the repack. 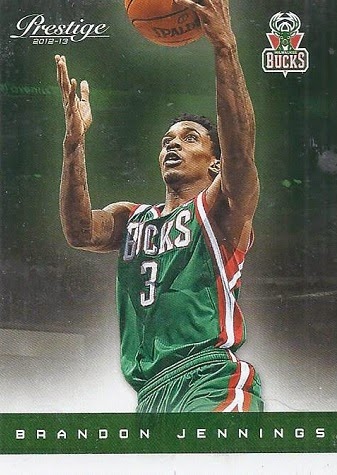 The design really doesn't work as well when it doesn't have the stands in the background, like this Jennings. 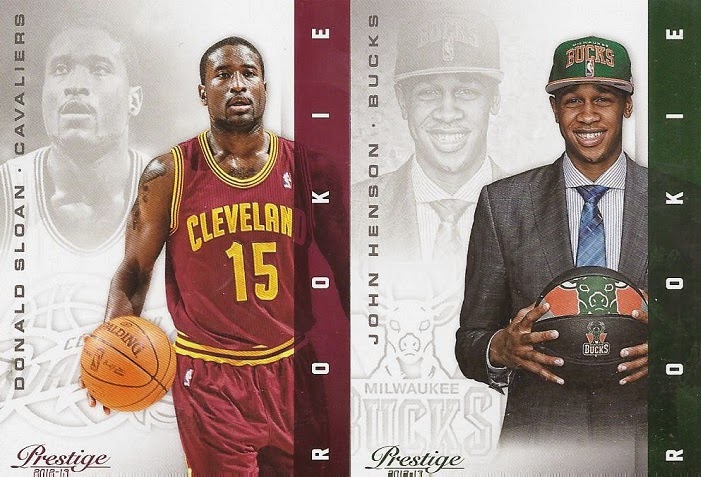 A slightly different design for the rookies. While I appreciate the obscurity factor, and it is a keeper for that reason, Donald Sloan isn't really the rookie you want to see when you see the Cavs logo.

So, while the variety wasn't there, I still found a nice number of keepers. Although I might avoid the next basketball repack I see with Prizm and Prestige packs as the only ones that were visible.
Posted by buckstorecards at 11:49