And here's the other side. 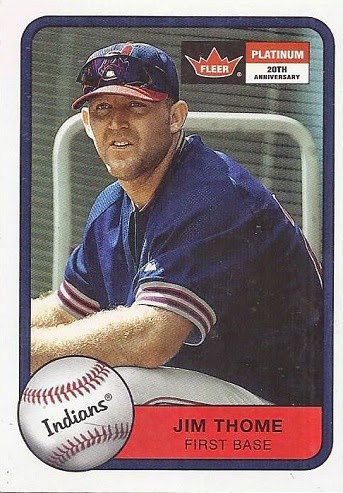 2001 Platinum Jim Thome - A nice start with this visible card. 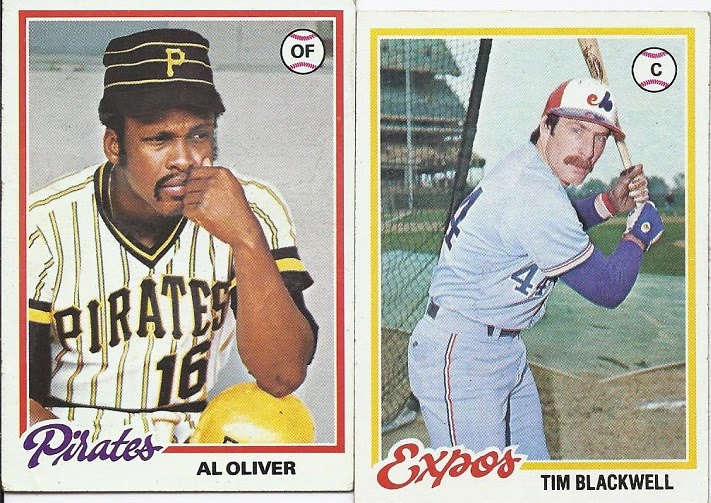 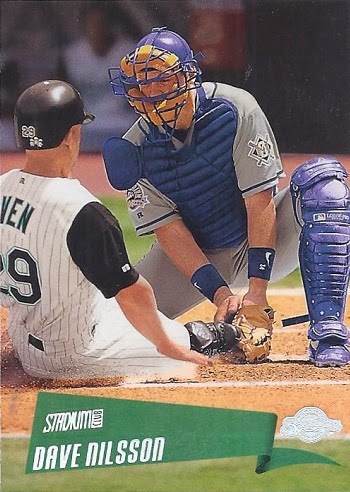 2000 Stad. Club Dave Nilsson - My favourite photo in this side of the repacked cards is a nice PATP shot.
1996 Donruss Chuck Finley 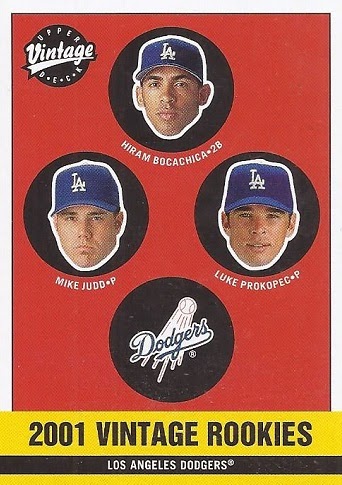 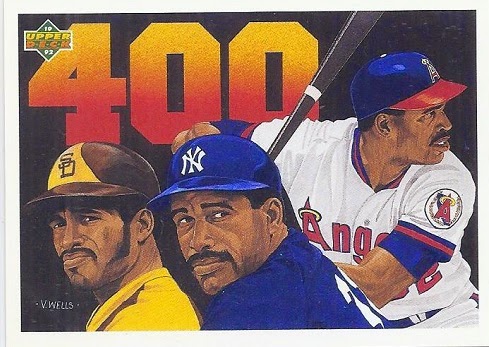 I'll just hit the highlights from the two packs. 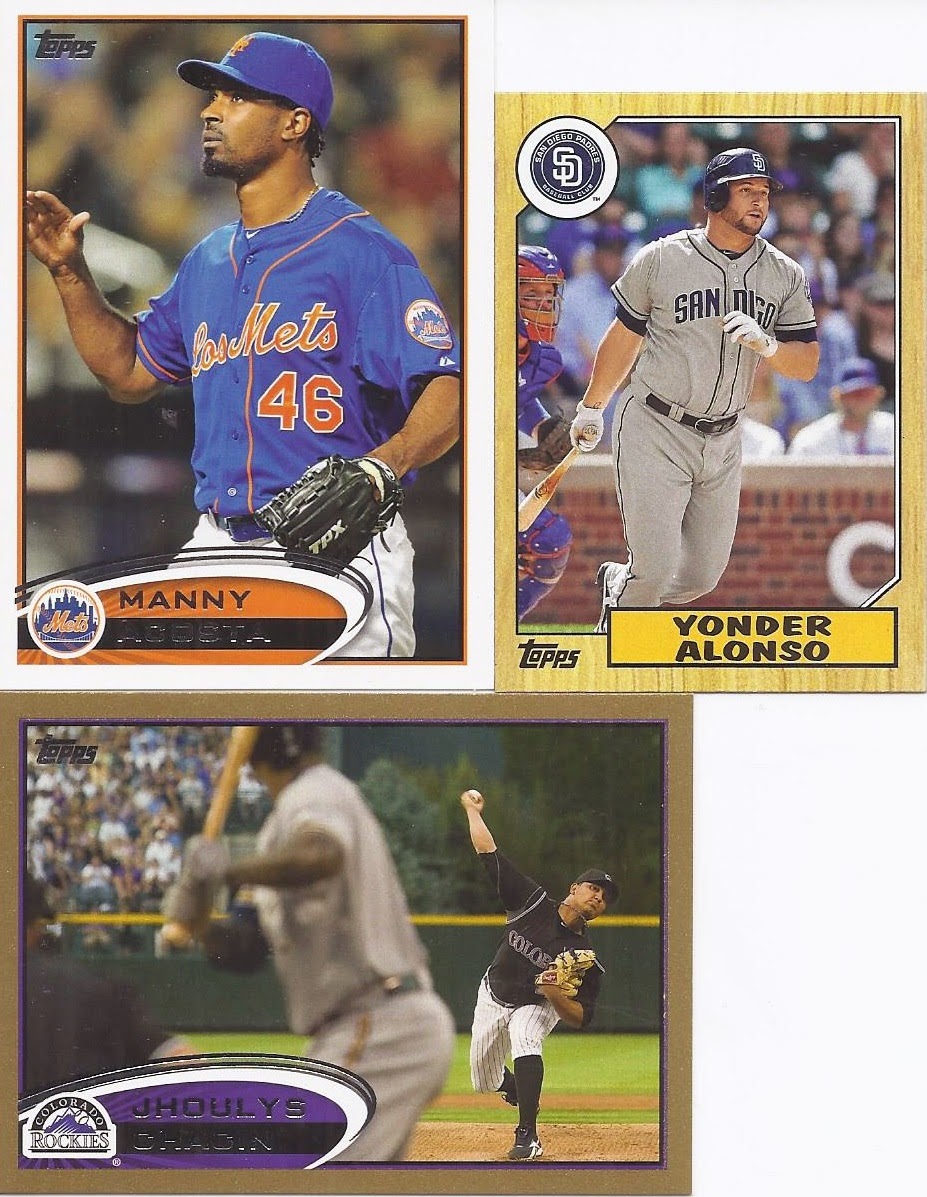 The Topps cards produced a few interesting ones. A great photo choice on the gold parallel, an alternate uniform on a card that might have been my favourite Mets base card of 2012, along with an always-welcome mini.

But the 1989 Fleer worked out better than I'd expect for keepers. 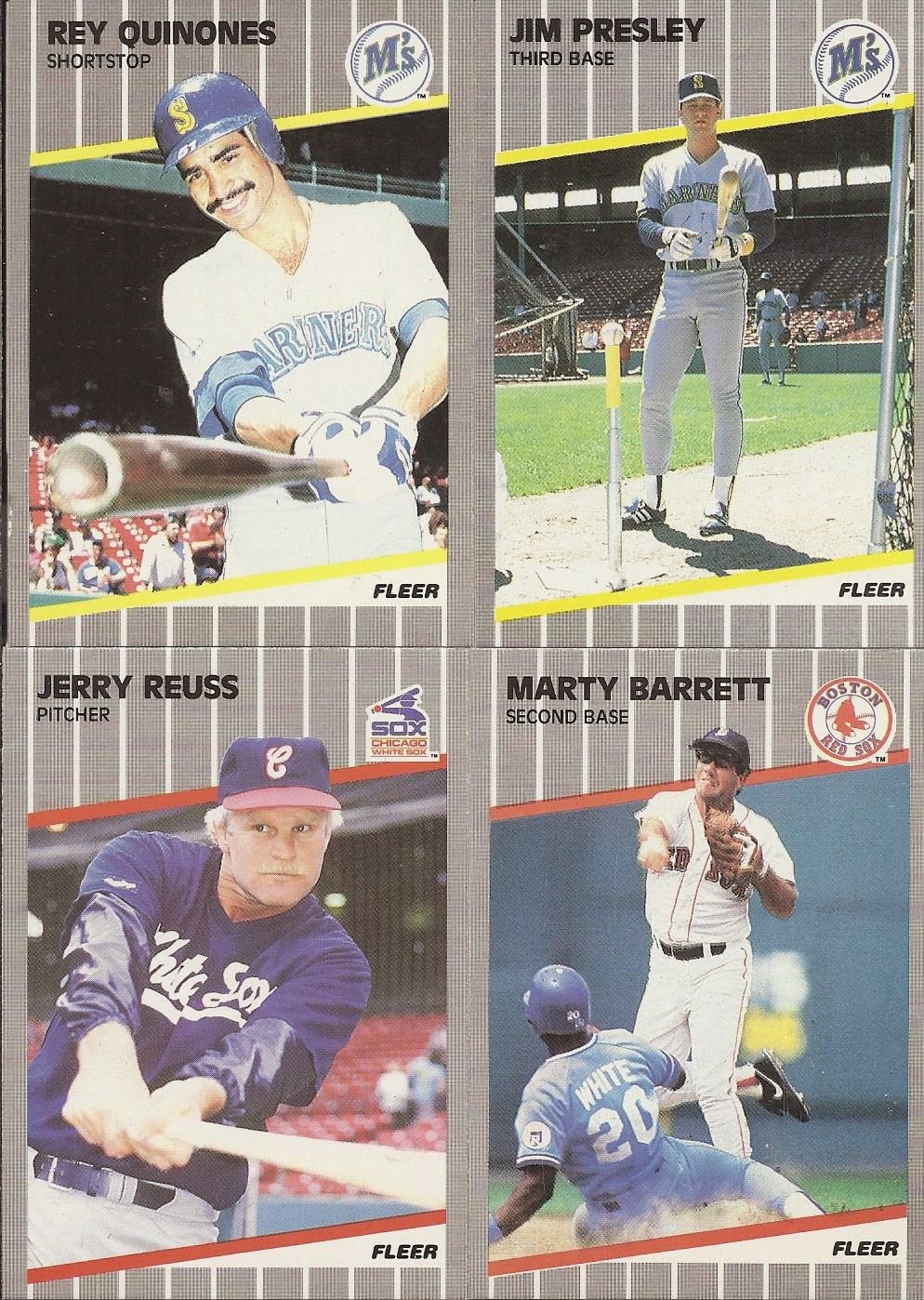 A bat barrel. A batting tee. A pitcher batting (a pitcher in the AL, no less) and a turning two. I'm stunned by the fact I'm wowed by photo  choices in a pack of 1989 Fleer. But such is the beast that is a repack where you never really know where the amazing is going to come from.
Posted by buckstorecards at 14:41