Time to wrap up the trade with a small sampling of the 50 or so Buffalo Bills cards that came my way. 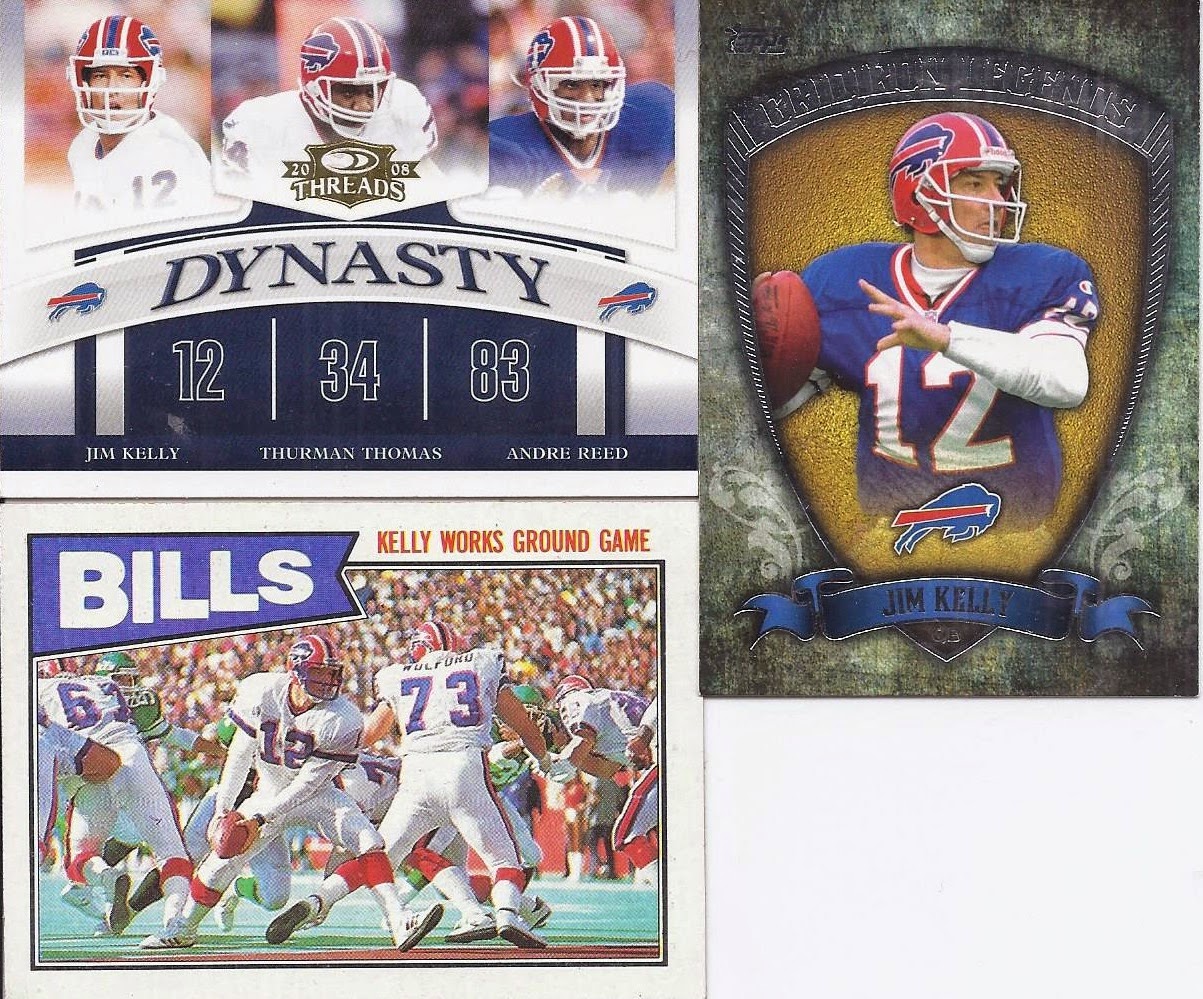 So, in a post that will include some great photos, some vintage, and some relics, I lead with some Jim Kelly? Despite this being a Bills post, and Jim falls into both this binder and my 2/14 collection. Both of the solo cards are on their way into that, and it is these two cards that put my collection at my goal of 800 cards by the end of 2014. So, does that make 900 feasible before 2015? Or even the big 1K? 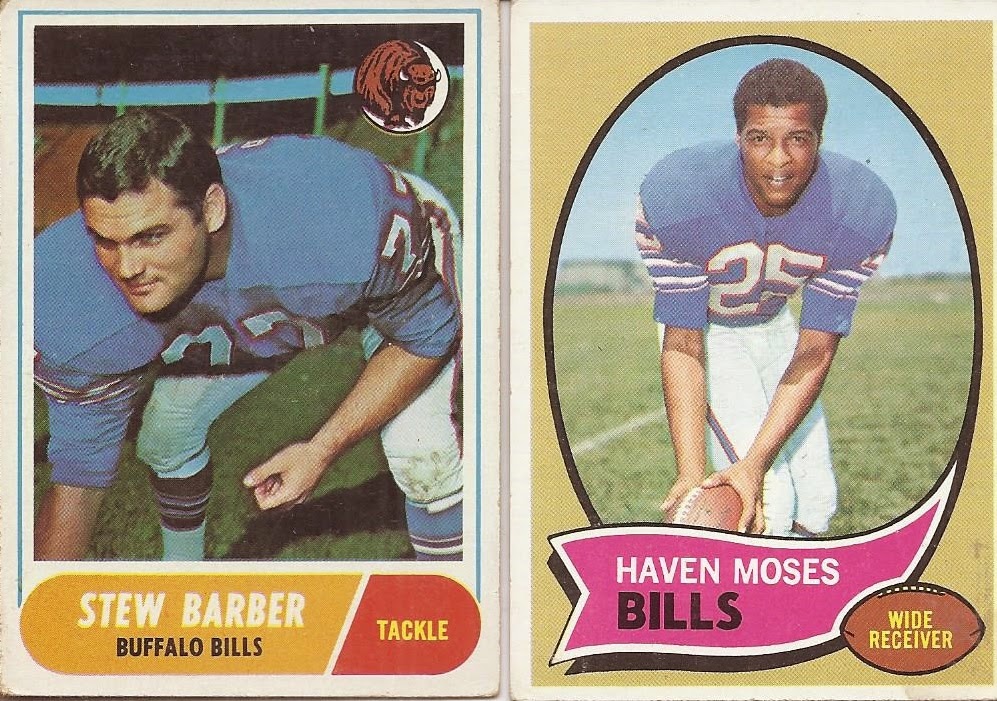 Vintage Bills are always nice. Especially ones that contain that great older logo.

Here's a nice trio of relics as well. And they're all blue instead of white relics. Perfect. 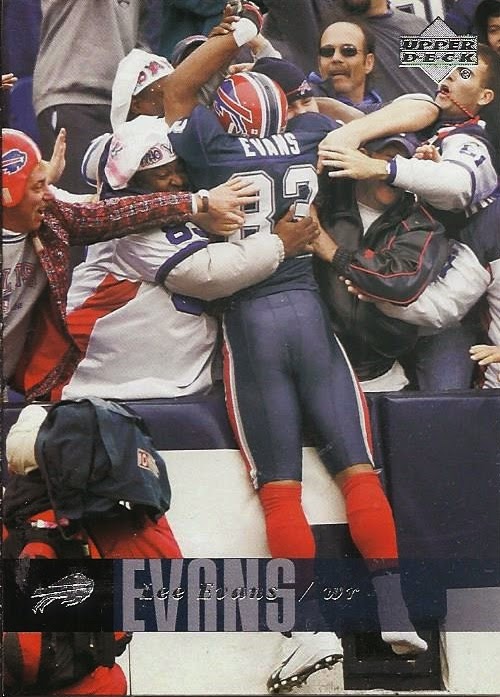 Lots of great photo choices in this team bag. But picking my favourite was the easiest, What Lee Evans is doing might not have the alliterative qualities of the "Lambeau Leap" but is still a spectacular shot. I just wish I could figure out what game this came from, as Lee put up 7 TDs in 2005, but then I'd have to figure out which of those were during home games, and then cross reference with the weather that this was probably a game from October or November since it appears to be cold, but not too cold.

And then I realize I'd be making that fuss over a Lee Evans card. 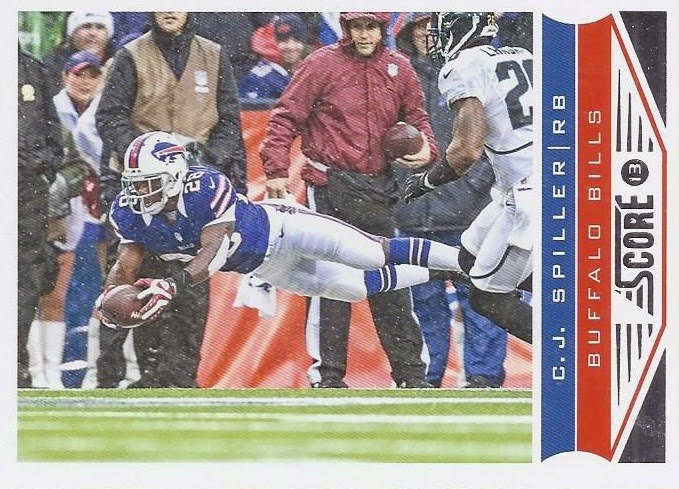 At least the runner up in the spectacular photo contest can easily be traced to a game against the Jags. 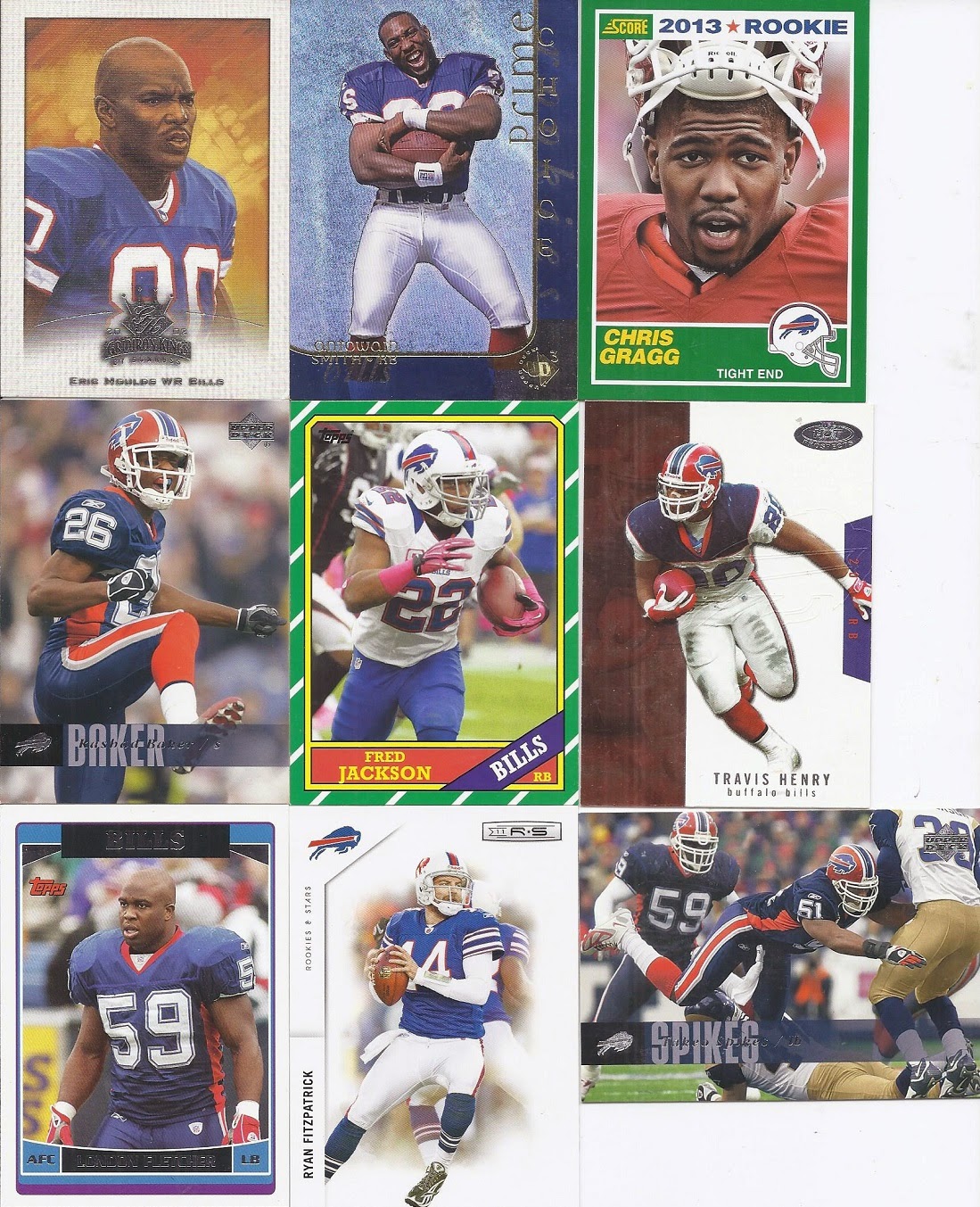 And to wrap this up, here are a sampling of some of the other Bills cards in the package.

So, thanks for the goodies!
Posted by buckstorecards at 16:42