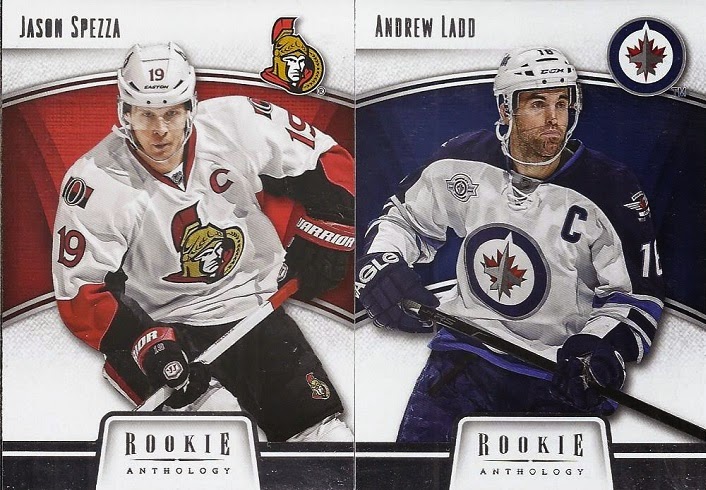 We open with only 2 base cards in this pack. I think this is the first pack of these I've busted that only included two. And just my luck, the base are one's I've got multiple copies of already. 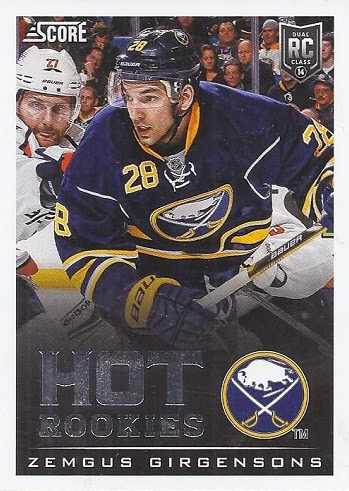 But, two base means 3 inserts. Up first, Zemgus Girgensons. He spent the full season in Buffalo this past year, and, as per wiki, he was the highest drafted Latvian player ever, going 14th overall. 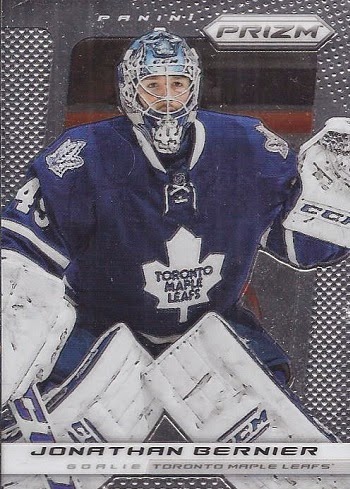 A non Prizmy Prizm of Bernier was next. 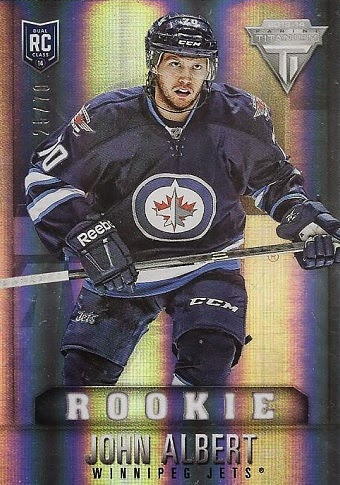 And finally, my second Titanium insert in the past two packs, and my third pack with a card numbered to 100 or less. This insert set includes cards numbered to a player's draft position or to his jersey number. I've ended up with one of each, with both of them being Winnipeg Jets cards.

Back to normal with 3 base cards here. The Upshall was a need. 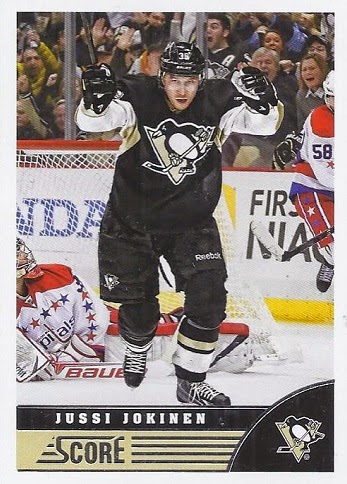 Just an update Score here as the first insert. While Jussi isn't a superstar, I was surprised to see him in the Update set, since it means he wasn't in the base set. A good photo choice with the dejected Capitals goalie in the background. 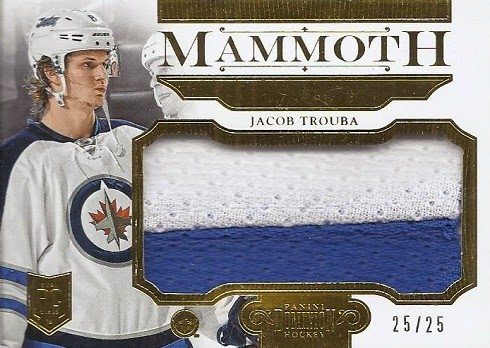 And the Jets inserts continue in Pack #4 with my next hit. It is a prime jersey swatch with a nice thick seam. At 25/25, I could be a d-bag and put it up as an ebay 1/1, but this card is already set aside for when I send my next envelope to Too Many Manninghams.

And I'm near the halfway point. Pretty good box so far!
Posted by buckstorecards at 05:32