Because when the first hockey product of the new season is a budget release, with hockey returning to an exclusive deal with Upper Deck, it would be wrong for me not to try it out. 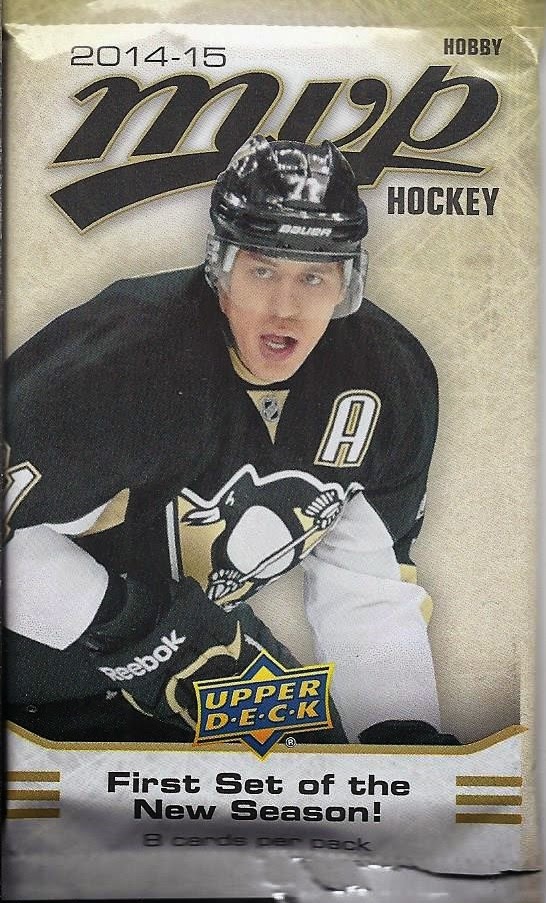 Here's the pack. It is hard to see it due to the location, but there are 8 cards in this pack. 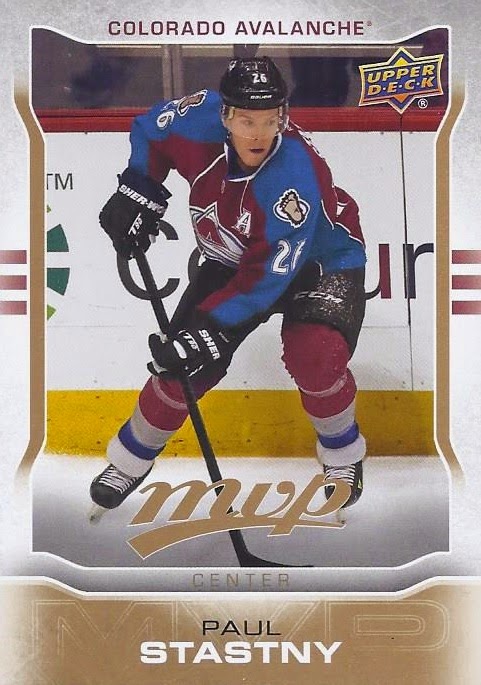 And my first card of the 2014-15 season is someone still pictured with their old team. Great start! The only plus of this is that I'll be able to add an Ales Hemsky card with him pictured and listed as a Senator into my Sens collection. I'm not too crazy about the design, but it is typical for the MVP brand, especially with the big MVP logo. The picture is nice and clear, though. 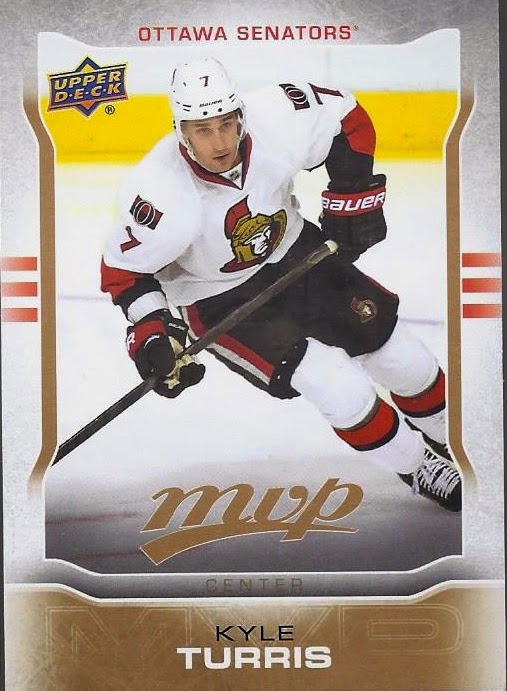 Speaking of the Senators, my second card was a Senator. That picks up any pack. 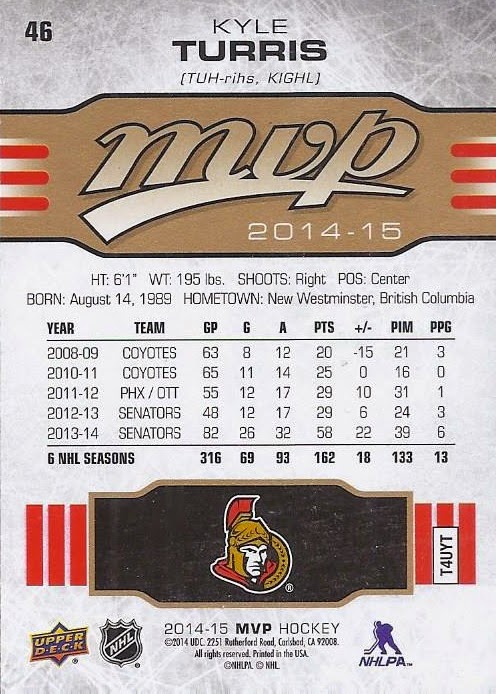 Here are a sample of the card backs. 5 years of stats, but I am happy to see the pronunciation guides returning to the cards. 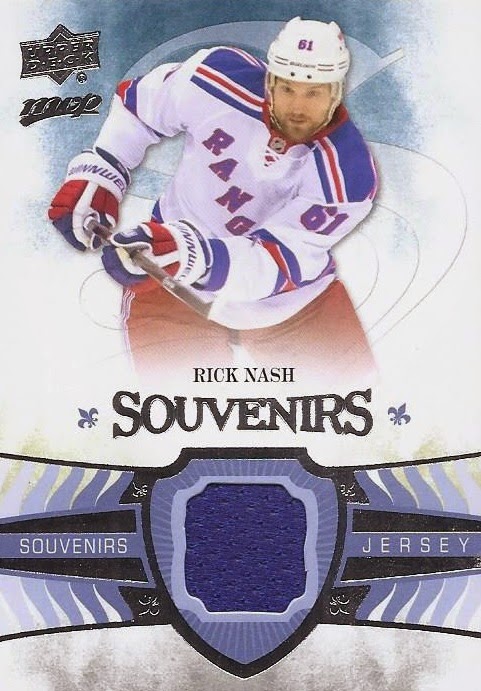 Once again, my one pack produces a hit. And it is of a pretty good player as well, and a non-white swatch. These fall at a rate of 1:28. 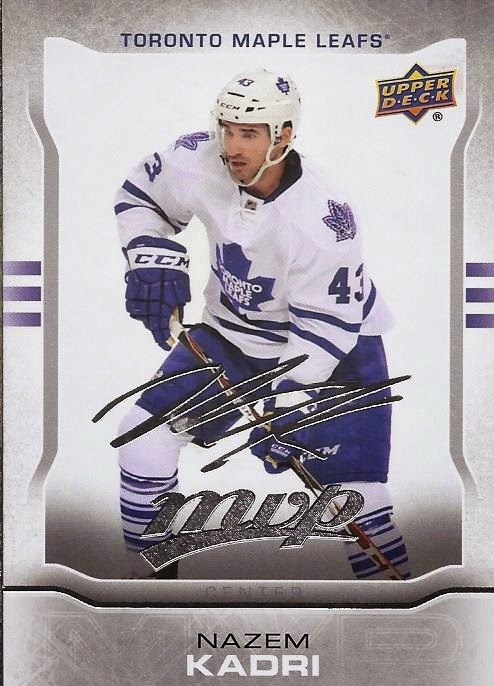 Once again, there are still the Silver Signature parallels in the set, falling at a rate of 1 per pack. At least I can be a signature snob with every pack. 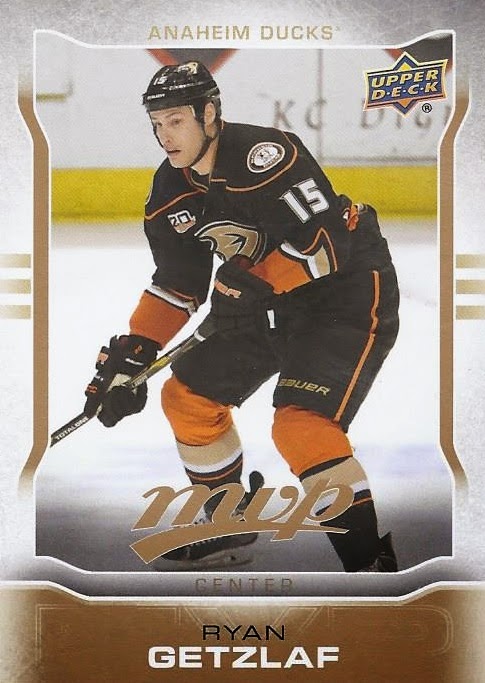 The set is made up of 300 cards, with the final 100 being SPs, falling at a rate of 1 per pack. This is the one that came in this pack. Base SPs that are one third of the set really defeats the purpose of a low-end set. 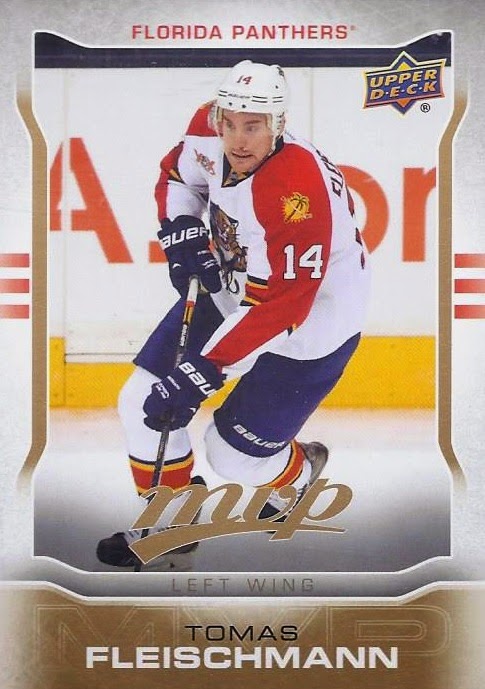 And the 8 card pack wraps up with a 6th card. There's nothing on the front of the pack, but you do flip it over to see the standard "packs containing a memorabilia cards may contain less than the stated # of cards". But, since the player who I pulled the relic of was a decent player, and I still ended up with a Sen card, so I'm still pleased.

Posted by buckstorecards at 04:39