You do not need to have a blog in order to trade with me, just drop me an e-mail and I'll see what I can do! I unloaded a couple of my higher end hits that were not part of my collecting goals for some that either were in or were closer to my wheelhouse. 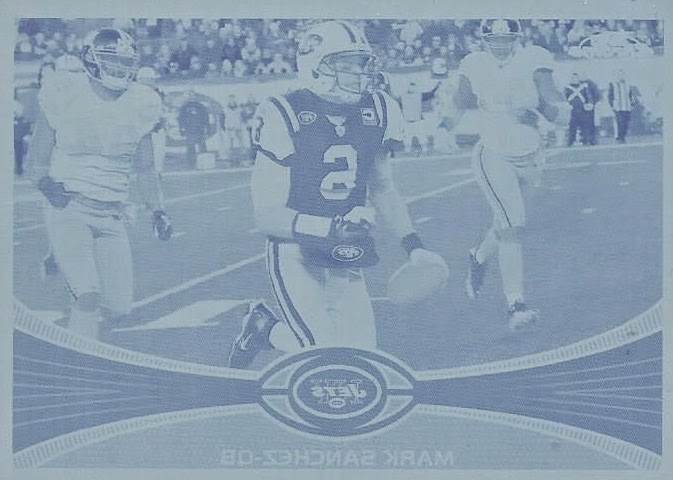 Firstly, this one was closer to my wheelhouse as opposed to right in it. But, considering this one started out as a Miami Dolphin 1/1 plate, as a Bills fan, anything would be an upgrade from a main rivalry team from the good years. So, it became another 1/1 cyan plate, but this one being of the guy that helped introduce the term "Buttfumble" into the football vocabulary. So, for a fan of the repack over the big box (although my addiction to 13-14 Rookie Anthology is going against that grain), Sanchez is more of my type of player than Tannehill. 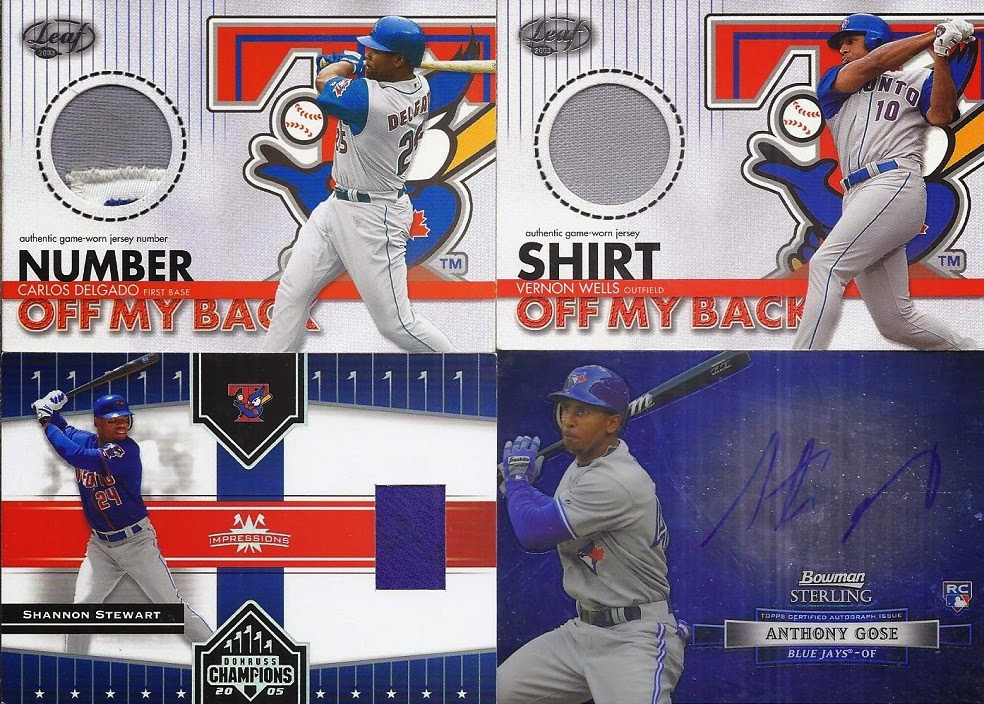 You want Blue Jays? I got Blue Jays, with a nice total of 4 hits on their way to my Jays binder. Except the Delgado - that's off to his personal collection. It's a nice 3-colour patch relic #d to 50. I know this is my first patch of Delgado, and it might be my lowest numbered card of his as well. Plus, we've got 2 more one colour relics, and a shiny on-card autograph from Anthony Gose. 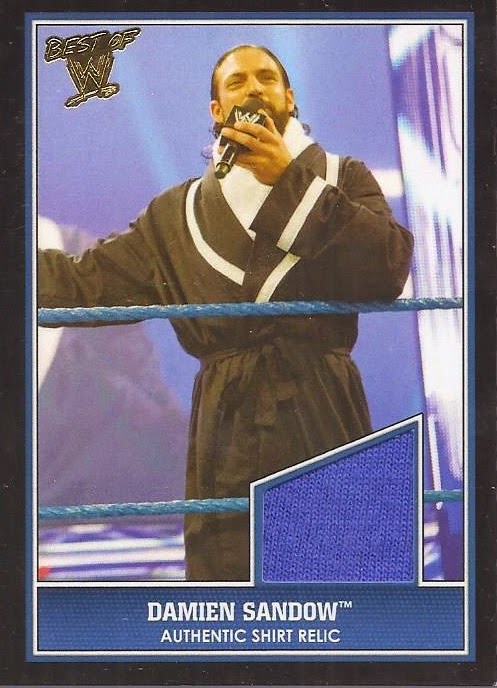 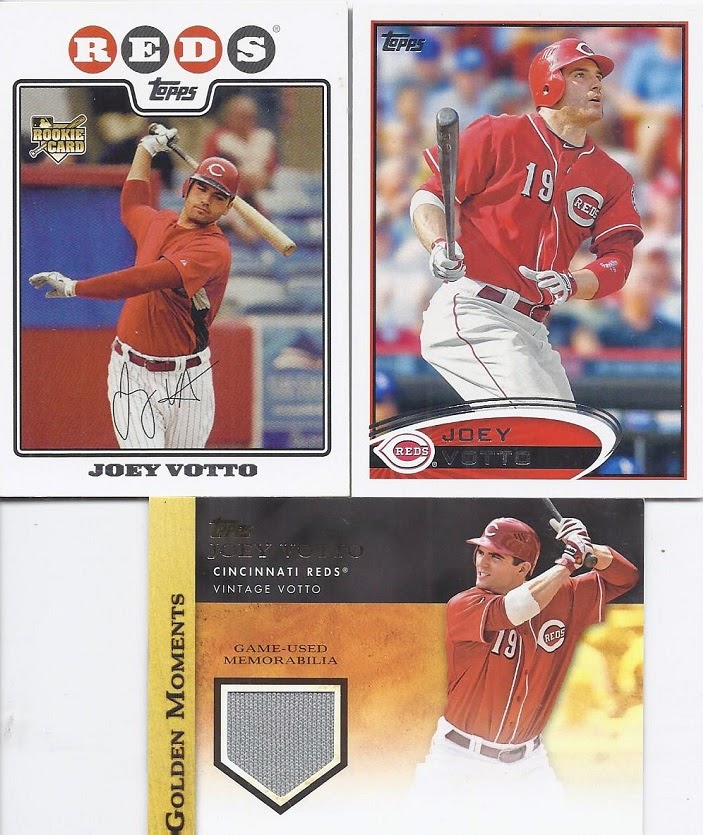 My Cancon collection can't get enough Joey Votto. Not long after adding my first relic of his to my collection, here's the second one. 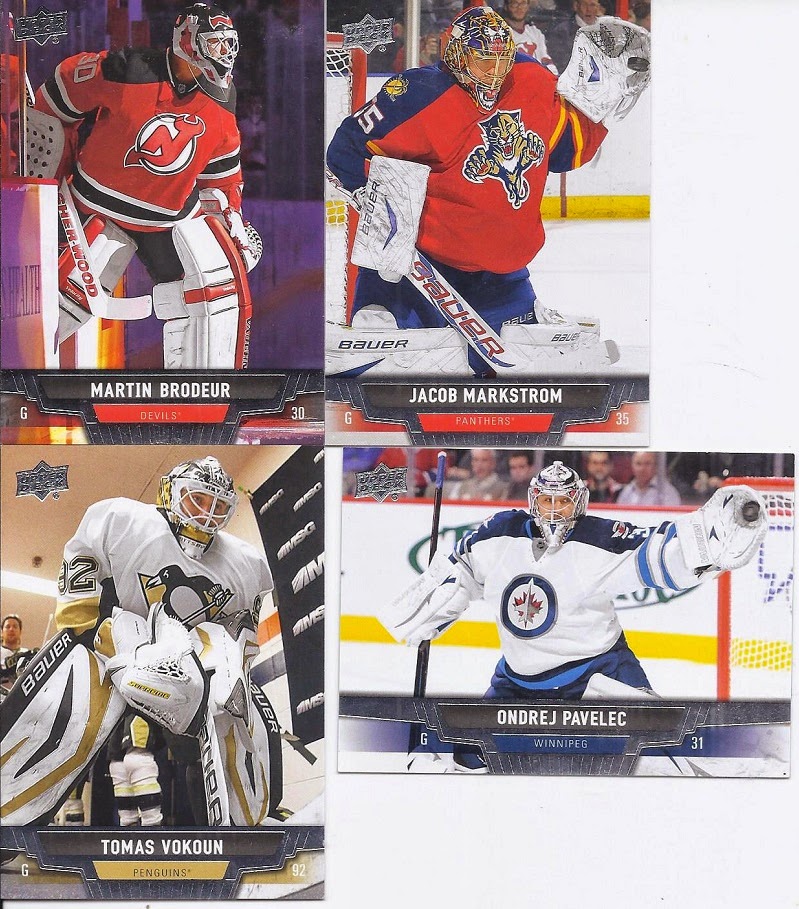 These are only base, but they are all new cards for my masks collection. I did drop a bunch of set building UD cards outward, so was nice to get some in return. 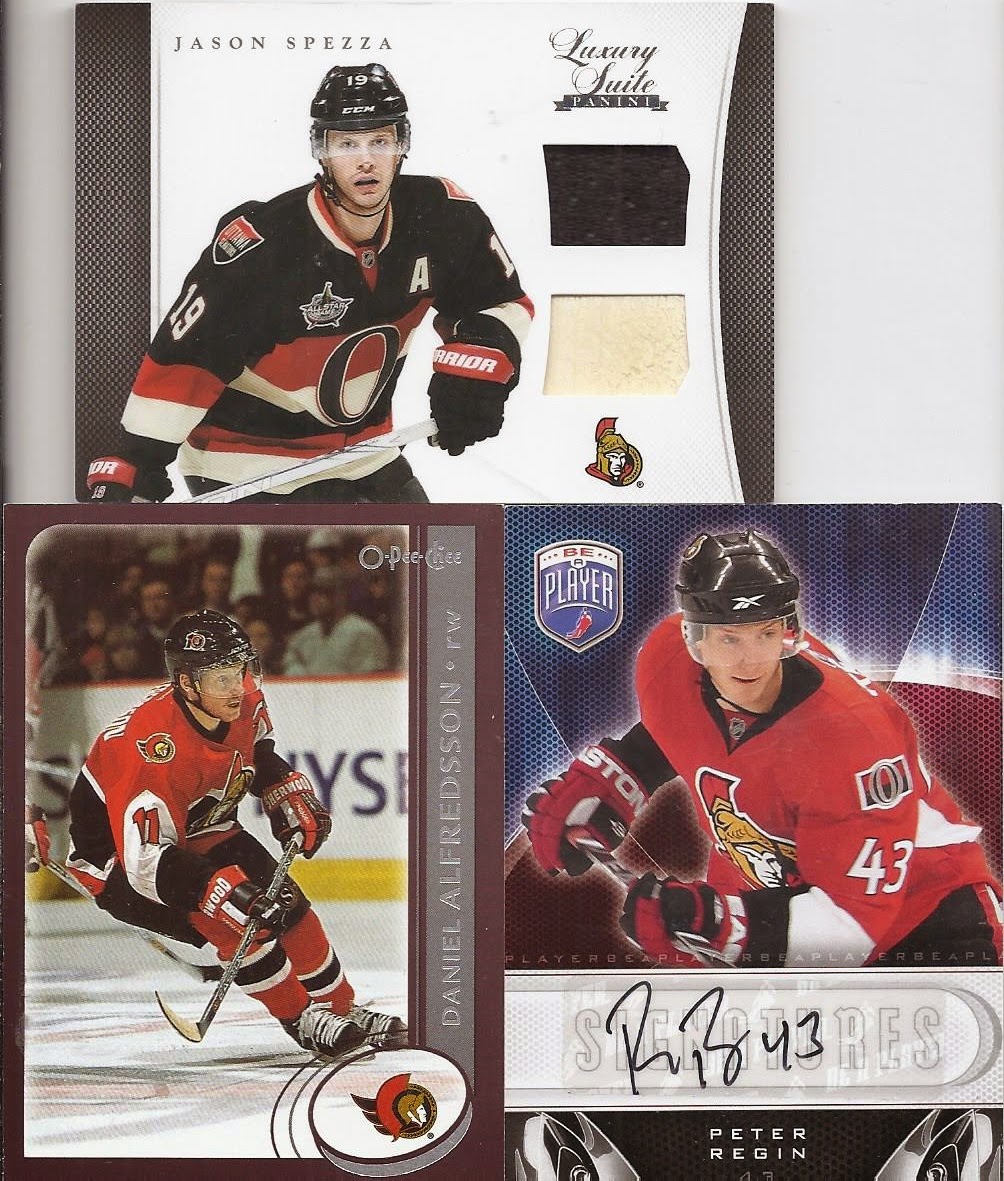 And to wrap this up, a trio of Senators. Surprisingly, I didn't have that OPC of Alfie in that collection. And a new auto and a Spezza dual for my Sens hit binder.

It is always nice to turn hits that aren't really for you into ones that are. Thanks for the trade!

Posted by buckstorecards at 17:10