More group break goodies from mojobreak, this time all the Blue Jays stuff from a case break of Platinum 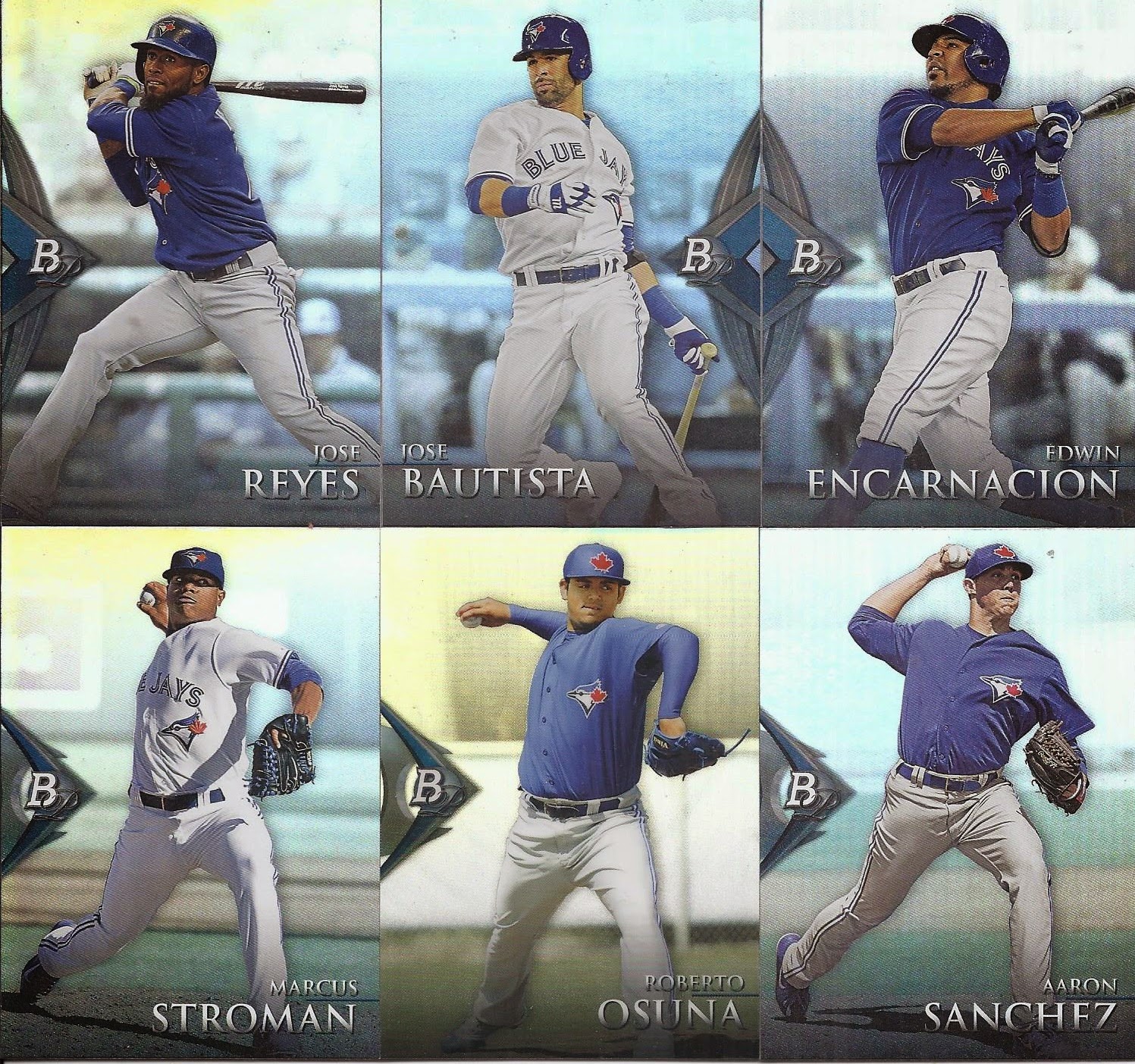 Let's start with the base, which I got a nice pile of. Most of them were of the prospects, which numbered about 7 or 8 each. That came at the hands of the veteran content, which came in at only a few each. Although since I do have a lot of the former in my collections, adding more of guys I really don't have much of is nice. 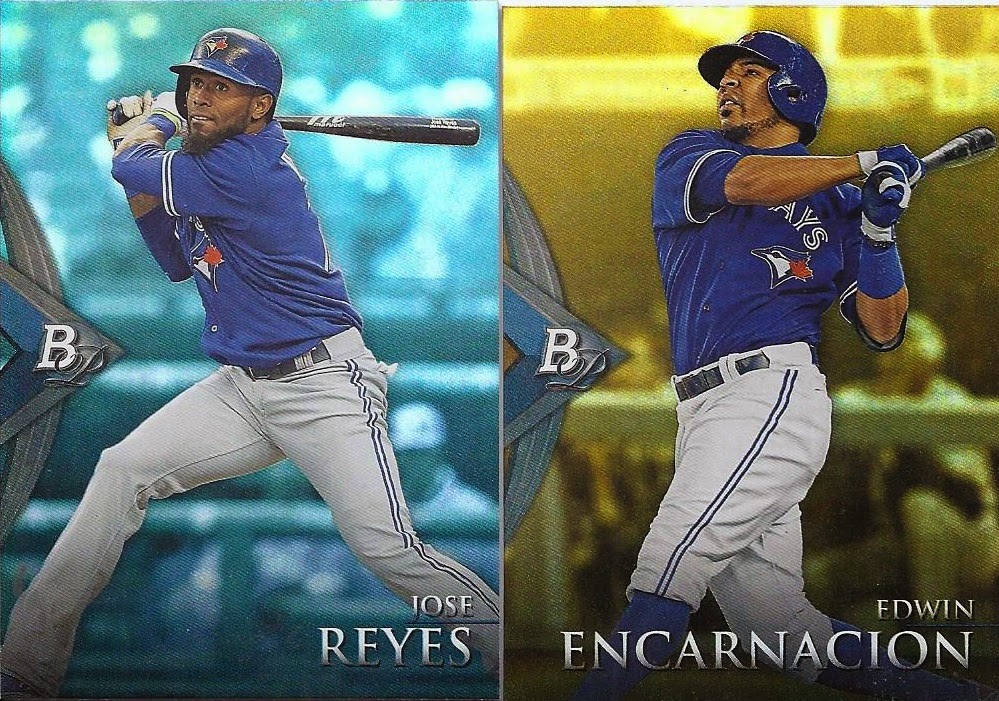 A couple of parallels as well. Neither of these are numbered, but that blue is just a beautiful look for the Reyes. I got two of them, so some Jays fan might find the second one in a PWE they get shortly. 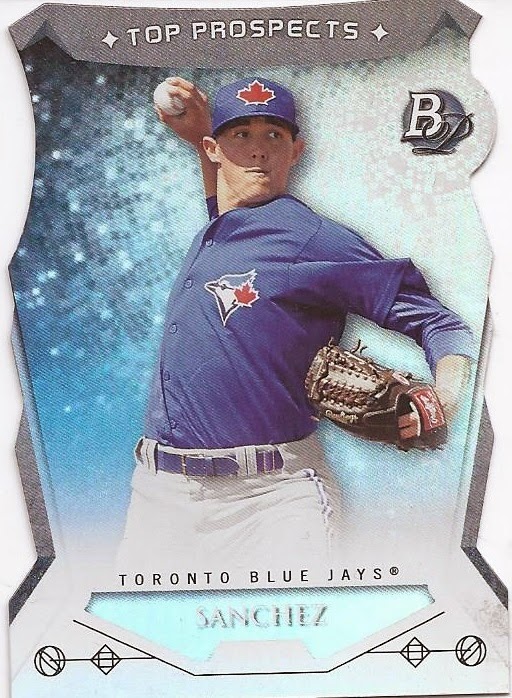 Another unnumbered insert in all its die-cut glory. 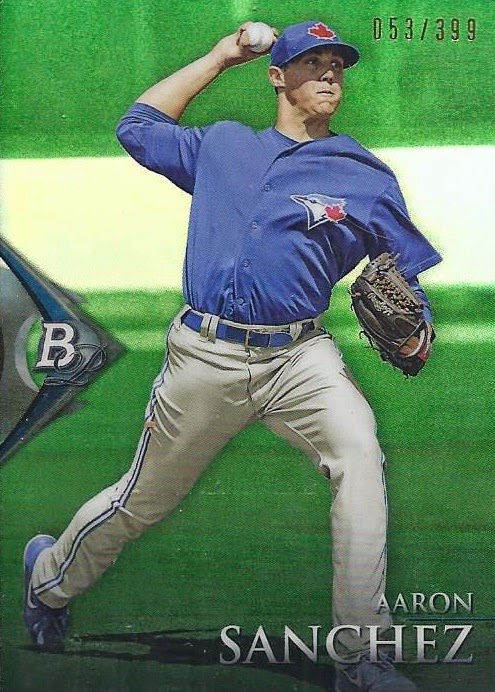 Now, the hit portion of this begins with a green parallel of Aaron Sanchez. Lots of him in this break. It isn't the best hit, but will be a nice addition to my Jays collection. 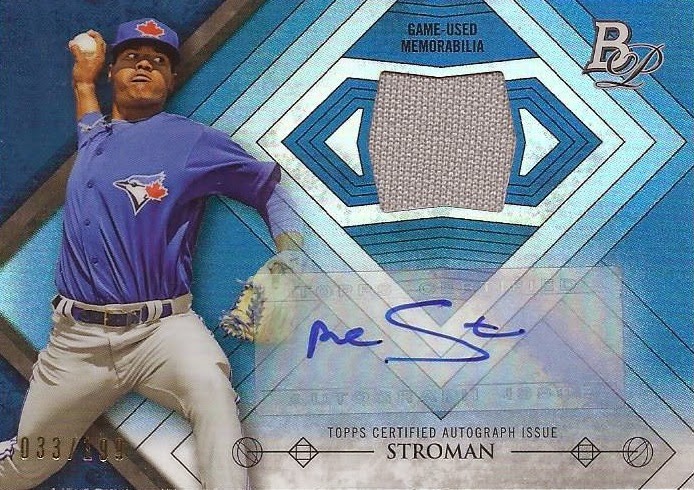 But, here's the big hit of the break for me. A sweet auto relic of Marcus Stroman. It is good to add one of his at this point, since his stuff is doing well locally.

I've got one more bubble on the way, and that will wrap up two more breaks. One didn't go so well, but the other one went really well. The envelope will be the perfect example of win some, lose some.

Posted by buckstorecards at 17:49