So, jaybarkerfan has a World Cup of Trading going on. It is basically a "trade me anything" deal, with some nice stuff available. I jumped right in, and grabbed a card for my Kitchener Rangers alumni collection, sending off some Braves, Cardinals, Mavericks, Gary Redus and Alabama alumni. And then, I came across an on-card auto of another Alabama alumni, and took advantage of a second go-around to send some more goodies stateside in return for another hockey hit.

So, what did I claim? How about this addition to my Rangers alumni collection? 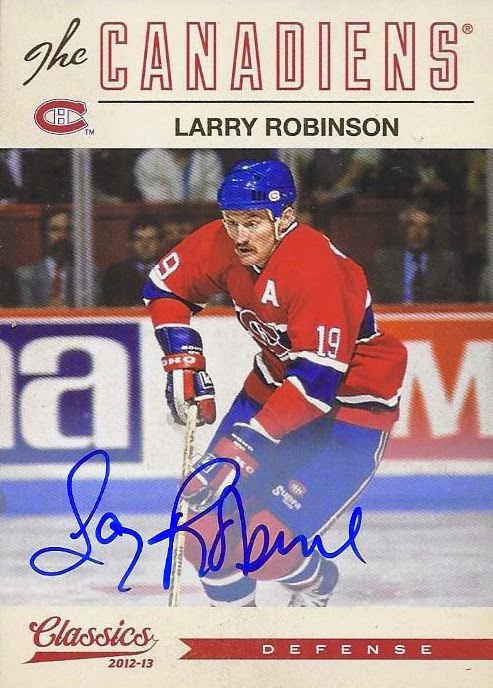 Just an on-card auto of a Hall of Famer. A man who has been a part of 9 Stanley Cup teams as a player, as a coach, and as a scout. A man who had his number retired by one of the most storied sports franchises anywhere. And for my PC, one of 5 Hall of Famers to make a Junior stop in Kitchener. Now I just need a Bill Barber hit to Frankenset these 5, having now completed the run of 4 defensemen (Coffey, Stevens, MacInnis and now Robinson).

But, since Wes rules, there was much more in the package (making me glad I included a little more than just a solitary on-card auto in my package). 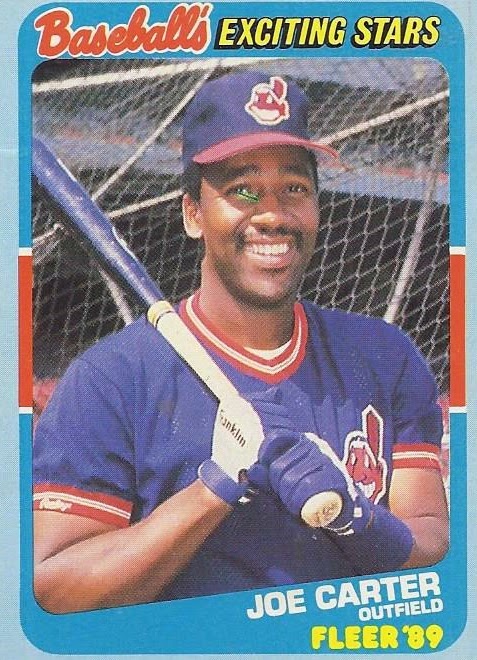 Only one card here for my Joe Carter binder, but it is still one that I didn't have, so it is more than welcome. 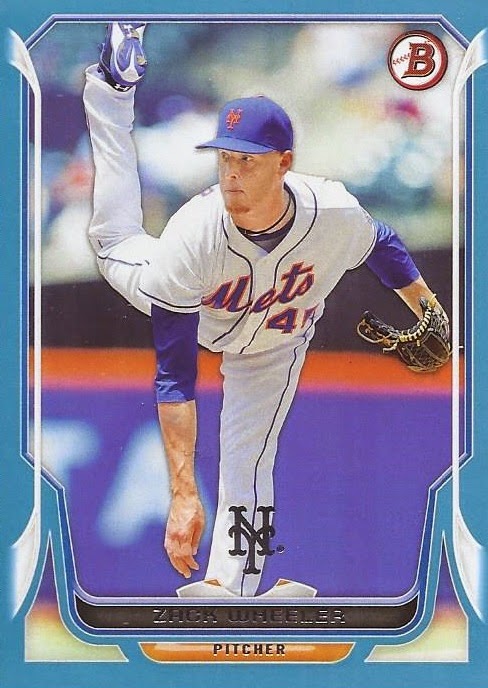 Things got more numerous when it came to Mets, starting with this /500 parallel of Zack Wheeler. 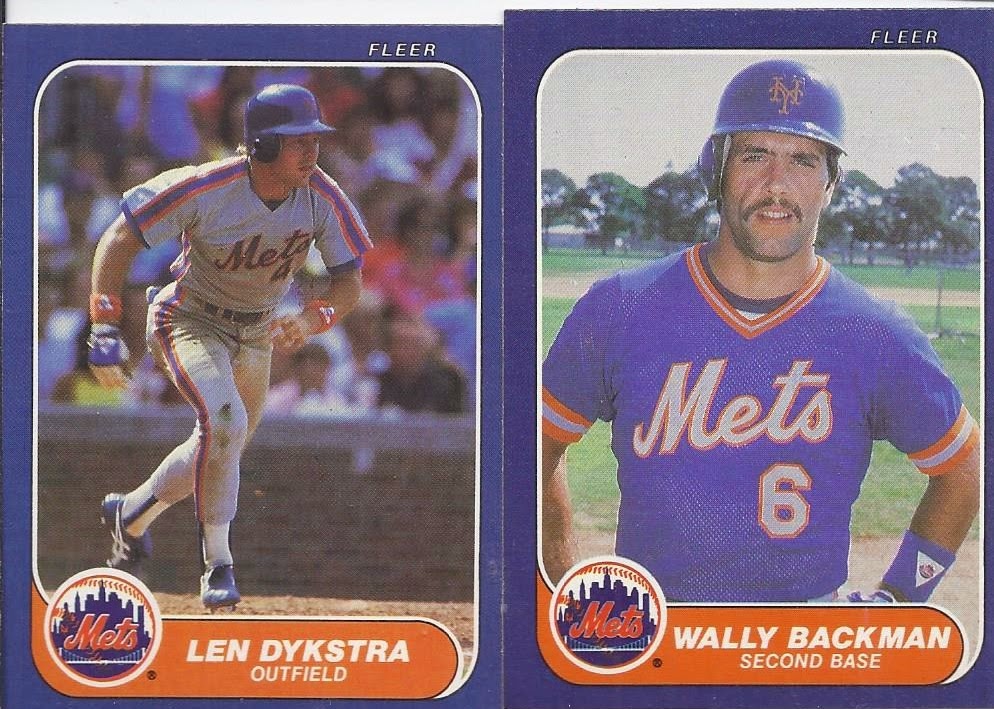 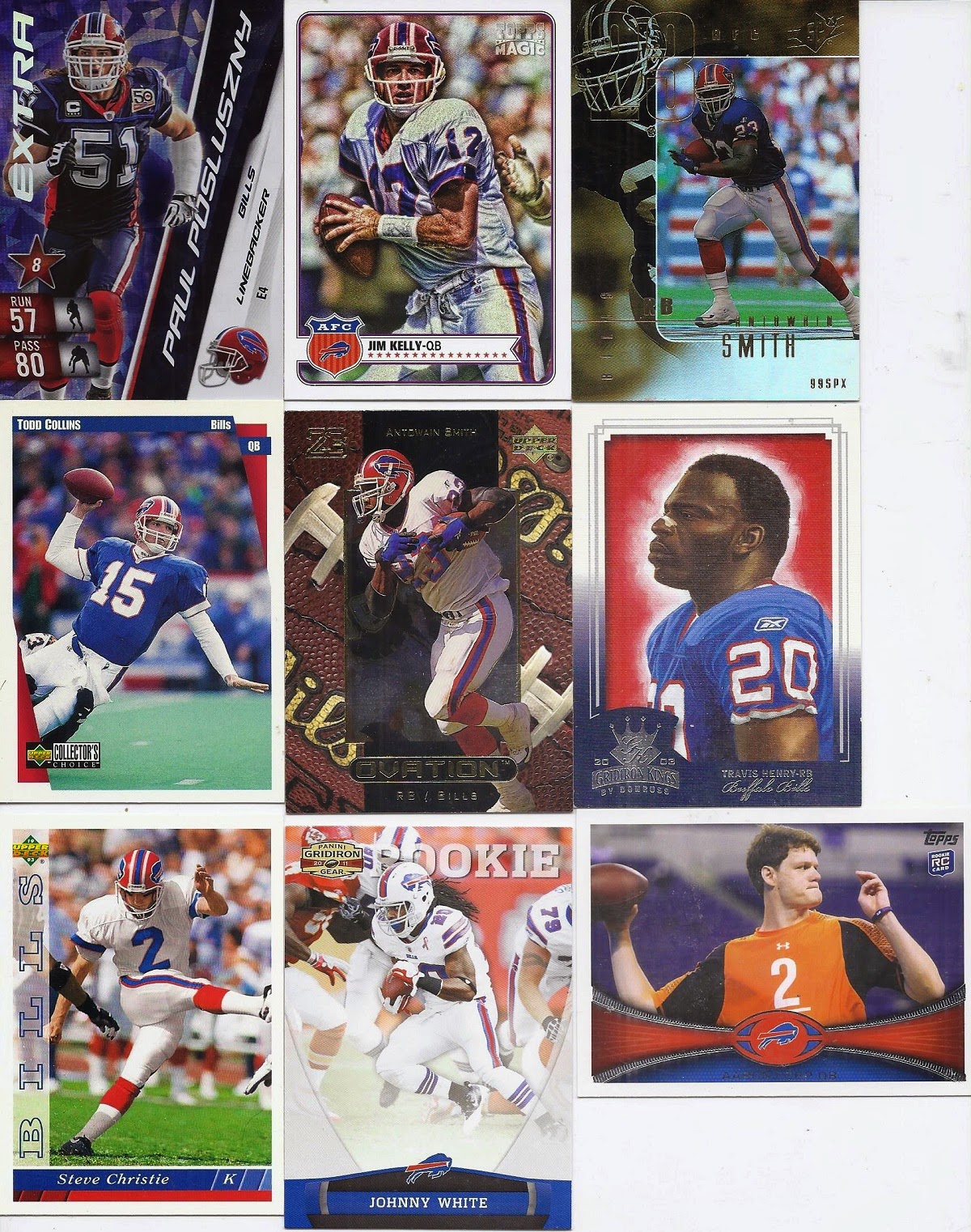 In terms of pure volume, the Bills were the runaway winners, adding about 30 cards to my collection. That Todd Collins photo sure summarizes the Buffalo QB situation in the years (decades) since Jim Kelly was at the helm. And no, I didn't have a clue who Aaron Corp was either until I googled it. He only spent time with the Bills in the off-seasons of 2012 and 2013, and those two weeks in 2012 was enough to get him a Bills card. Again, this seems to summarize the Bills perfectly. I'll actually add that Jim Kelly to my Bills binder as opposed to my 2/14 binder, since I've been adding way too many of his cards to the latter and neglecting his presence in the former. 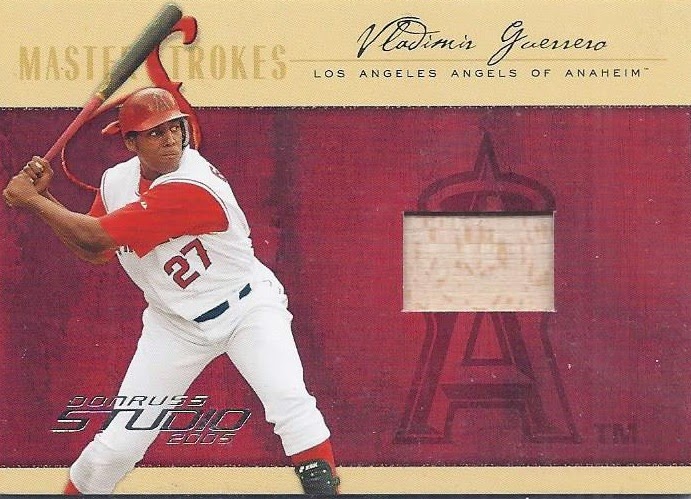 But there were hits as well, with my 7th hit of Vlad Guerrero going into his binder. 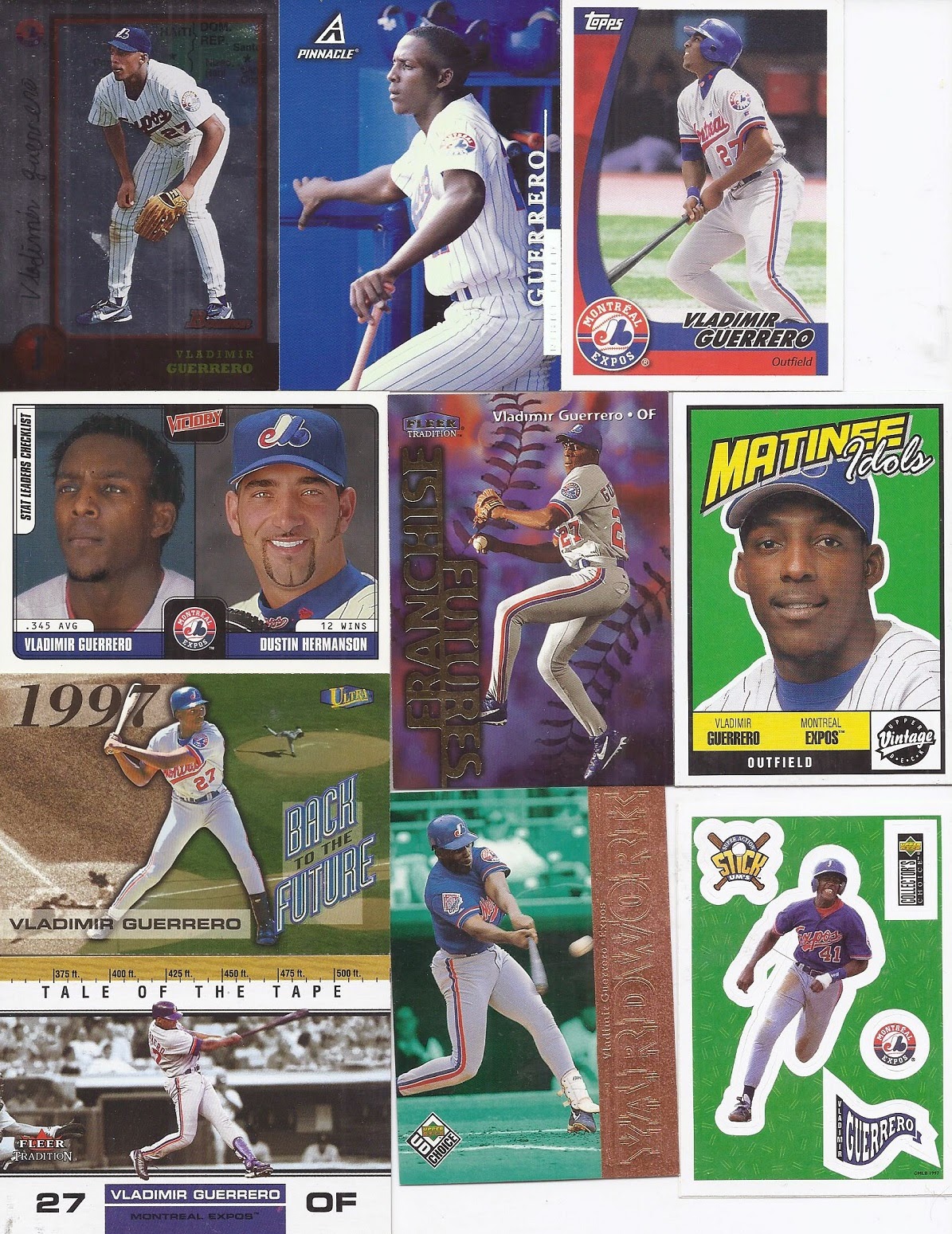 Alongside a pile of base and parallels. 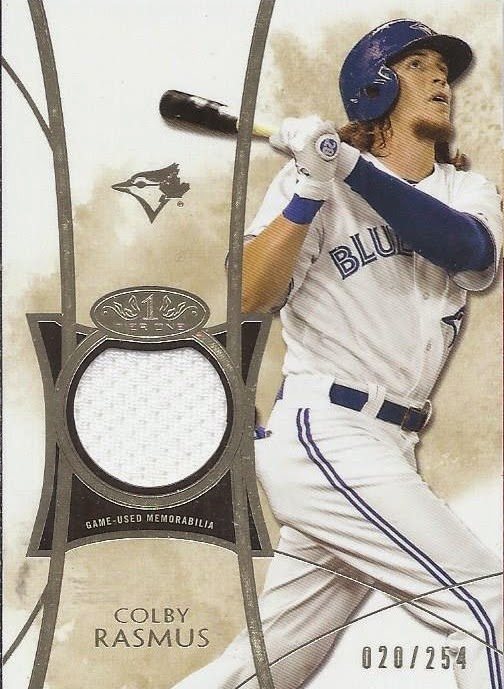 My Blue Jays hit collection also grew by one, as this Colby Rasmus is on its way to that binder. This probably would have been a rough card to come up if you busted a box of Tier One, but it fits nicely into my collection this way. 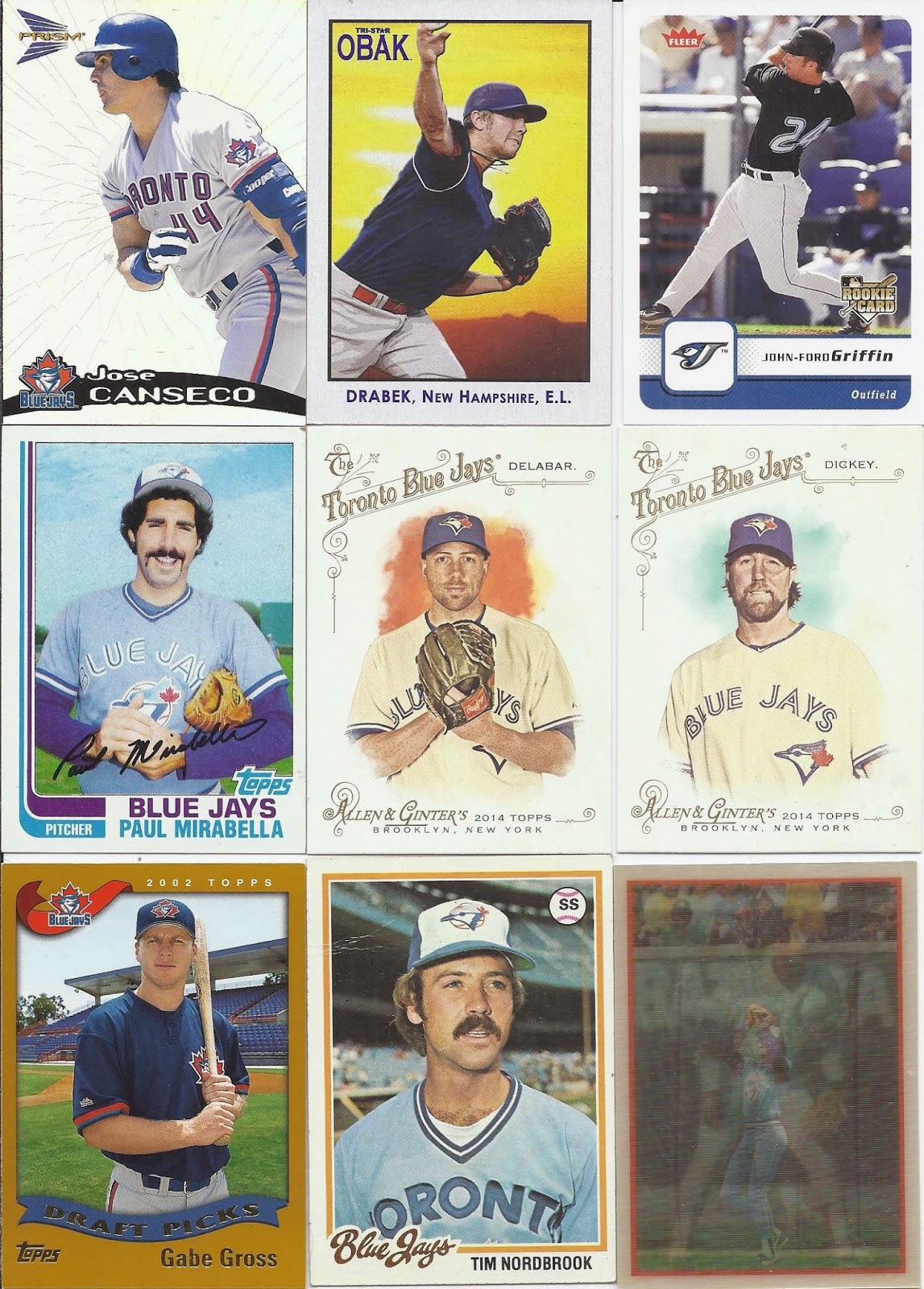 And a nice mix of Blue Jays rounds out this trade post.

Wes will be busting the return envelopes for the World Cup in early September. I hope you enjoy the goodies I selected in return for both the first and second cards.
Posted by buckstorecards at 16:59