2014 Adventures in Repacks: Part 49: Another Flea Market repack with a guaranteed hit

The title says it all. I made another run by the flea market earlier this week. I picked up corn, yellow beans, raspberries and onions. And of course, a $5.00 repack with a guaranteed hit to go alongside about 60 cards. 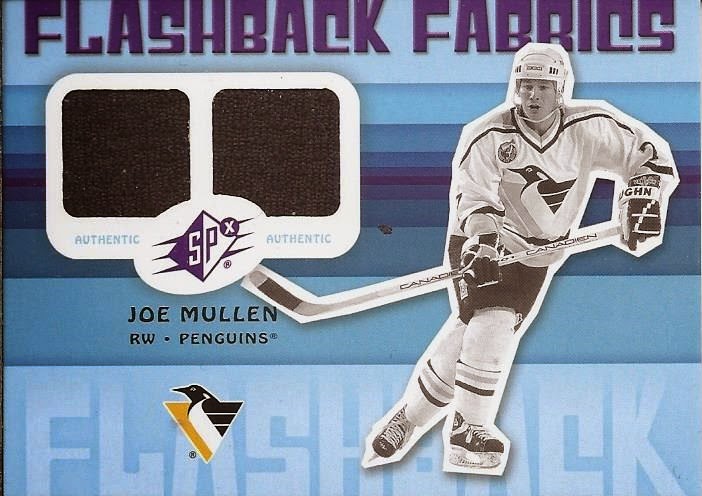 Let's lead with the hit. It is definitely better than I expected. A Hall of Fame relic with this Joe Mullen. My sole beef is that this is an event worn card as opposed to game worn (meaning it was likely from an old timers game as opposed to a game that counted in the standings). Still, I won't complain adding this to my collection.

It is always nice to see some 80s cards pop out of these. The Taylor was the oldest card in this repack. 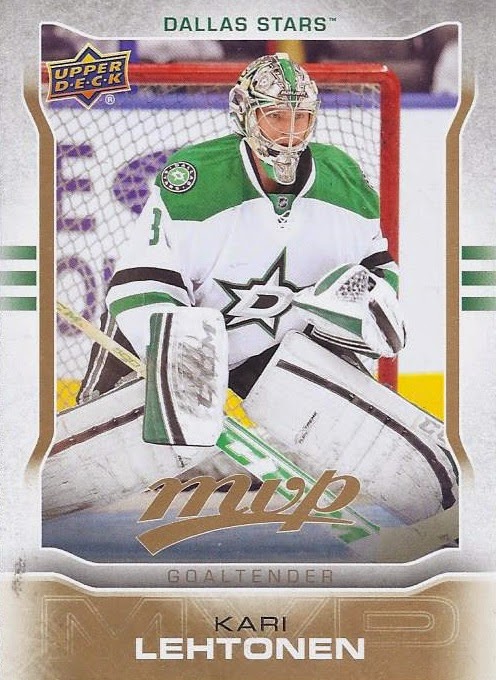 And the most recent card was this fresh out of the pack card from 2014-15 MVP. 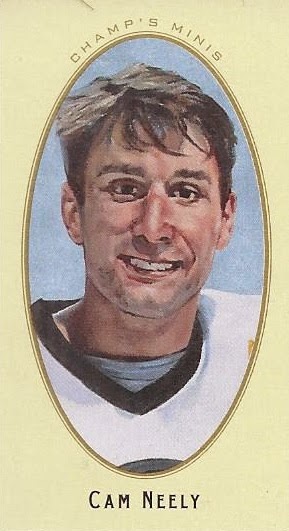 Surprise mini! Even better when it is a mini you don't have of a guy you collect! Probably my favourite card in this repack, ranking even over the Mullen hit. 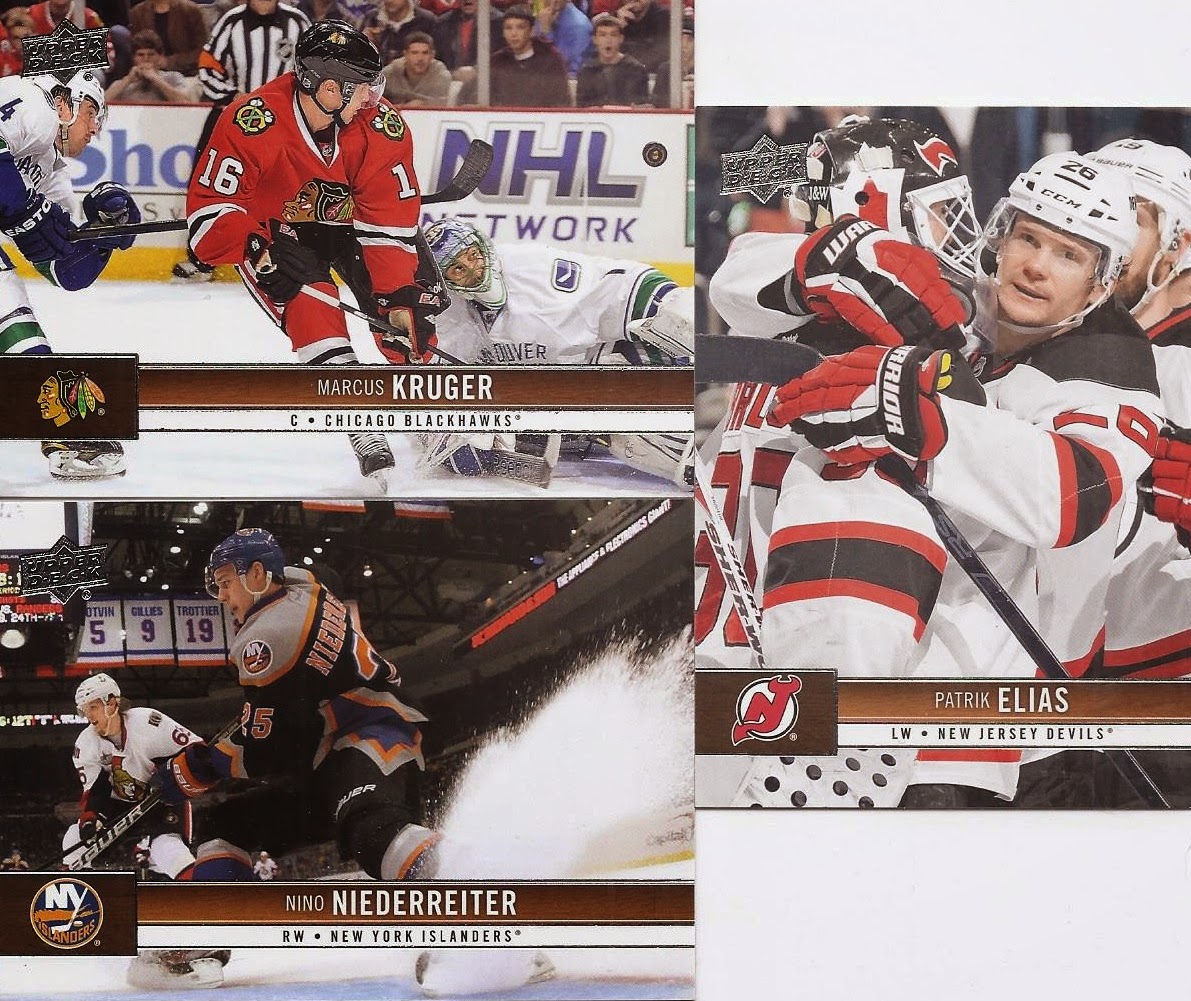 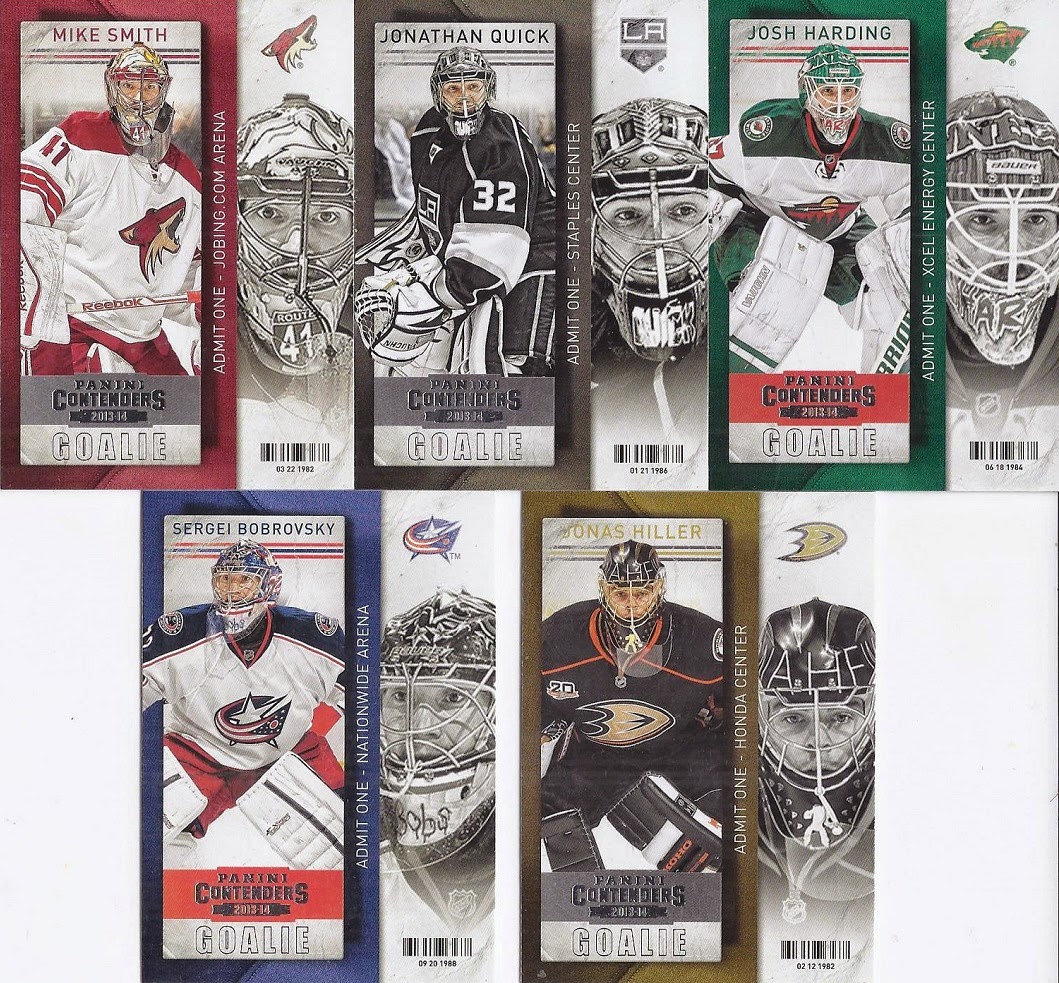 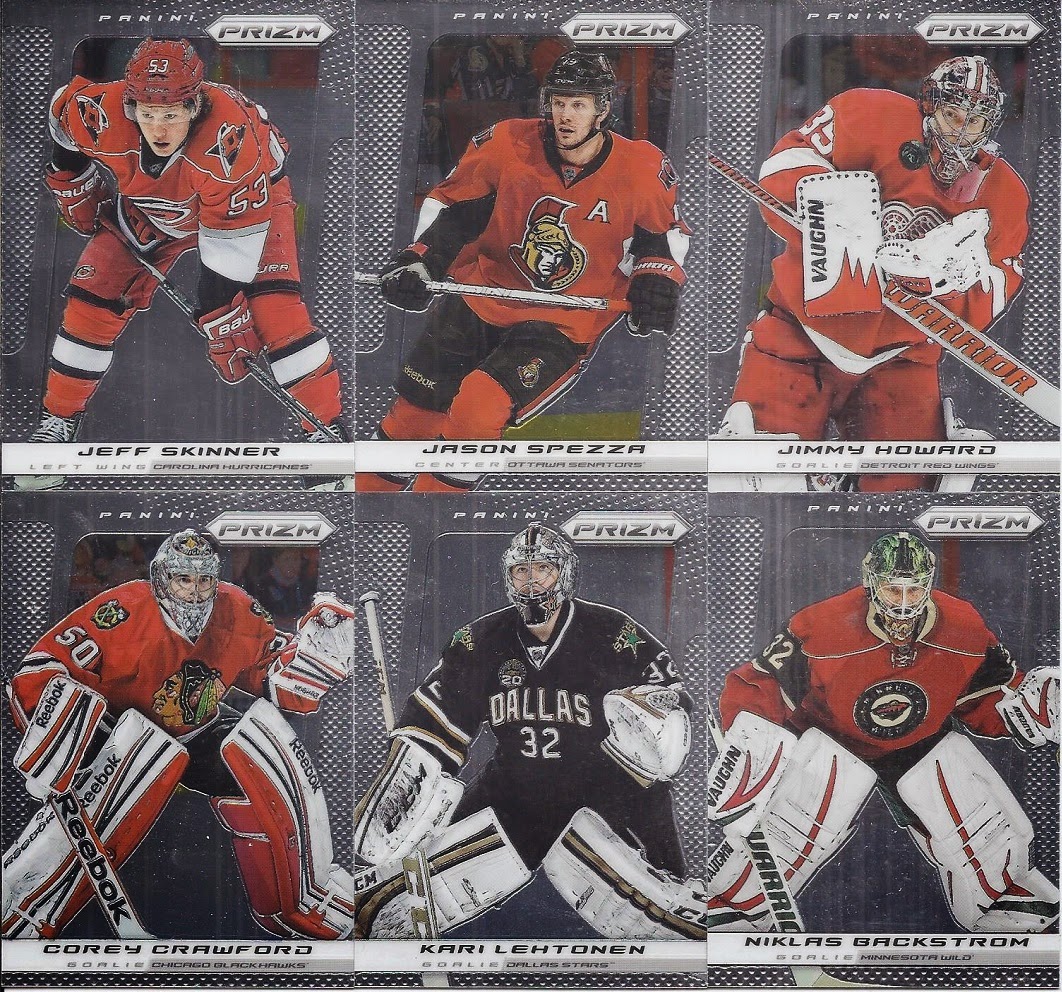 The rest of the repack consisted of 12-13 UD, 13-14 Contenders and 13-14 Prizm. There were lots of mask binder candidates in there. Since I didn't buy much 12-13 flagship, opting instead to just grab a base set. So, it is nice to add a couple into my misc. "neat photo" collection. The Spezza was the only Senators card I got, and the Skinner is yet another addition to my Rangers alumni collection.

So, a good number of cards for my PC, including a mini. Definitely worth my $5.
Posted by buckstorecards at 16:59