Welcome to the Sens collection!

It is always nice to welcome new faces to my Senators collection! 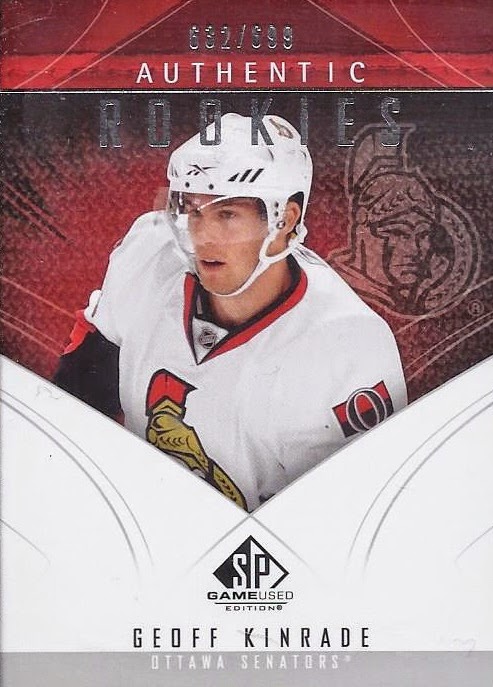 We open with a zero-year (tm: Nick @ Dime Boxes) Senator in Geoff Kinrade. Geoff signed with the Senators, but his only NHL experience comes prior to that in one game with Tampa. He spent two years in Binghampton, leading them to the Calder Cup title, but never got the call to the big leagues. He's been in Europe the past few seasons. 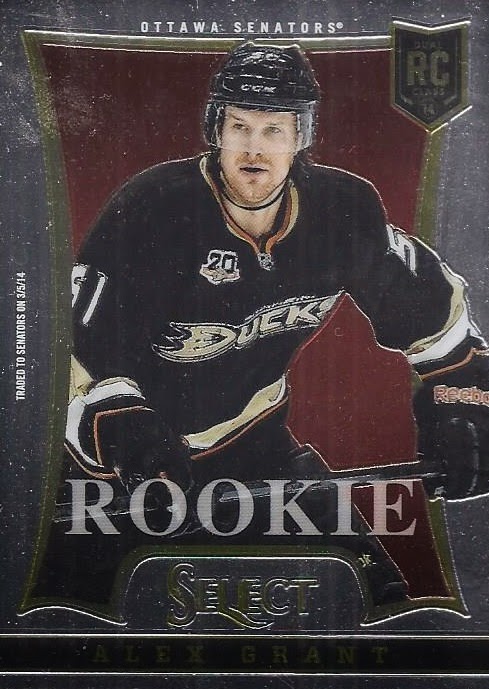 And in the same category, Alex Grant has yet to appear in a game for the Senators since arriving in a deal that sent Andre Petersson to the Ducks. Alex played two games for the Ducks in his NHL career, popping goals in each of them. Andre only played in 1 game for the Senators, but I still have one of his cards in my collection as well. If you're doubting his Sens credentials, look closely at the top of the card. 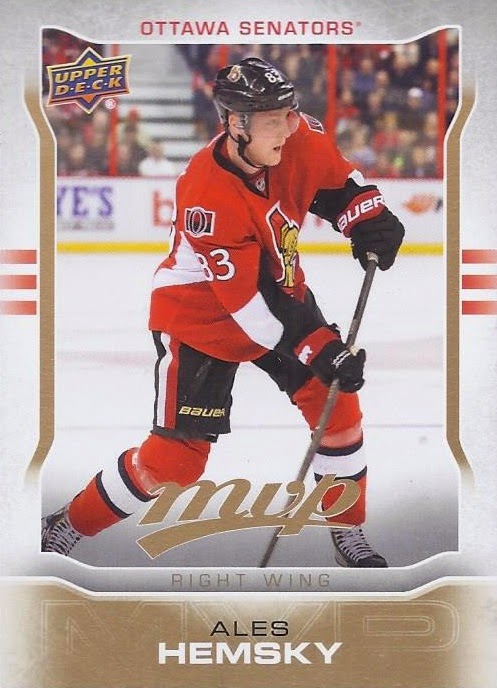 Hey! Here's a guy who has actually played for Ottawa! Hemsky played 20 games for Ottawa last season, arriving in a deadline deal in a failed playoff push. He signed with Dallas in the offseason.

Since it appears last year's rookie(s) cards have already shown up in product or the other, it looks like I'll be waiting to at least UD S2 to see any new faces.

Posted by buckstorecards at 16:32