This time, a basketball repack that promised a Kevin Durant rookie card, along with 99 other cards. Split into 50 each. 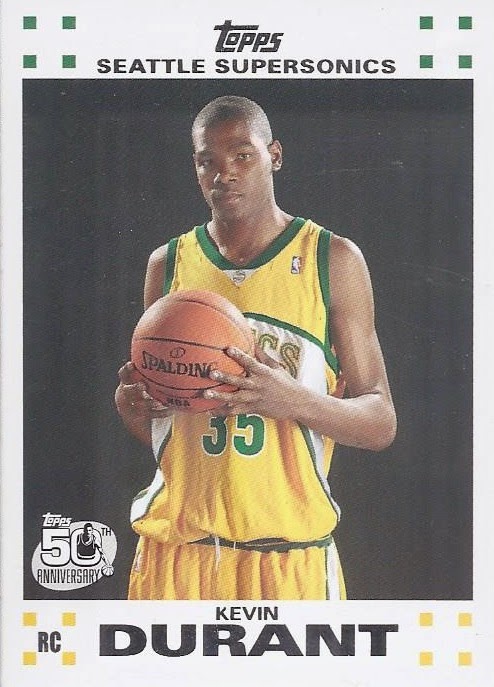 2007 Topps White border Kevin Durant I pretty much expected that this would be the Durant rookie card. And that kills the suspense one card in. But, let's see what the other 49 cards are on this half.
2007 Topps White Border Corey Brewer
2004 Press Pass Big Numbers Sebastien Telfair
1992 Hoops Jeff Turner
1992 UD Jay Humphries 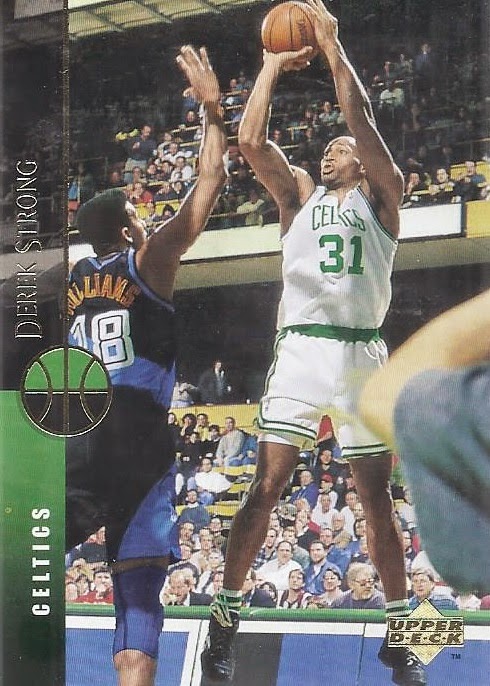 1992 Hoops Rookie Checklist - Checklists are usually a bummer in repacks, but I really do like going over this one to see who made it, and who did it.
1990 Skybox Blair Rasmussen
1991 Fleer Paul Graham
1991 Fleer Rodney Monroe
1991 Hoops Jerry Reynolds
1992 UD Sean Rooks
1993 Stadium Club Chris Mills 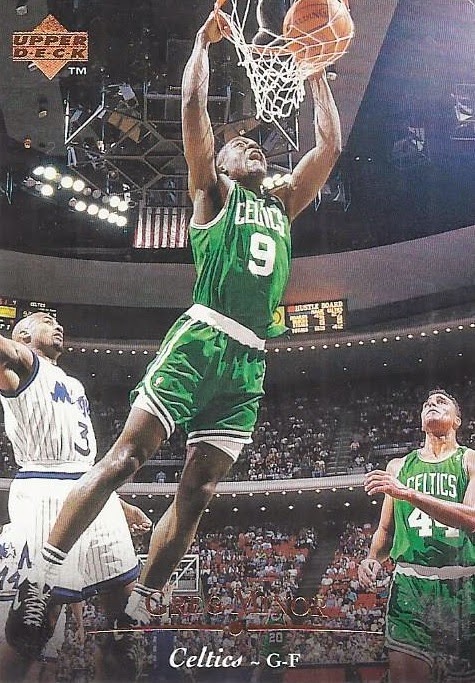 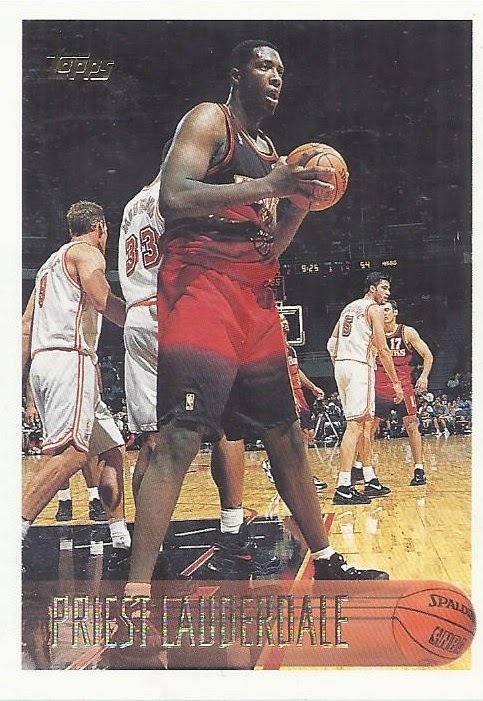 1994 Topps Priest Lauderdale - One of my favourites in the mid 90s, solely for his name.
1993 Stad. Club Tom Gugliotta 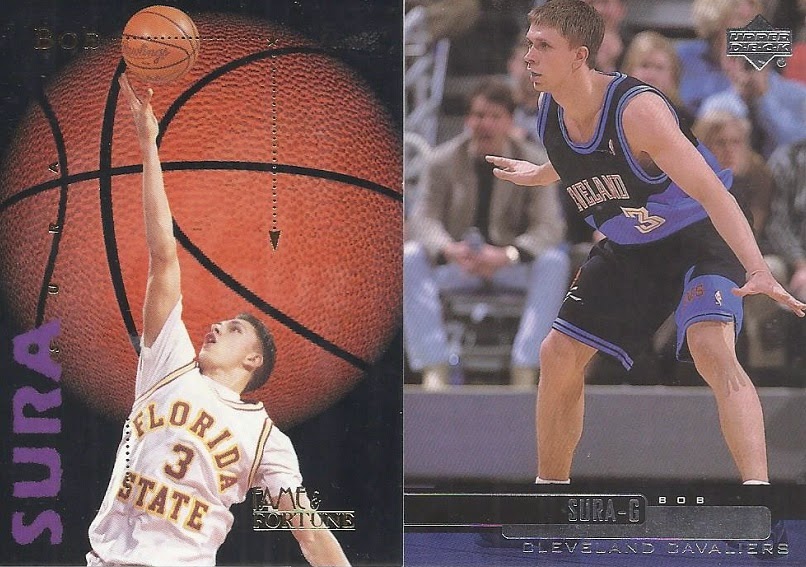 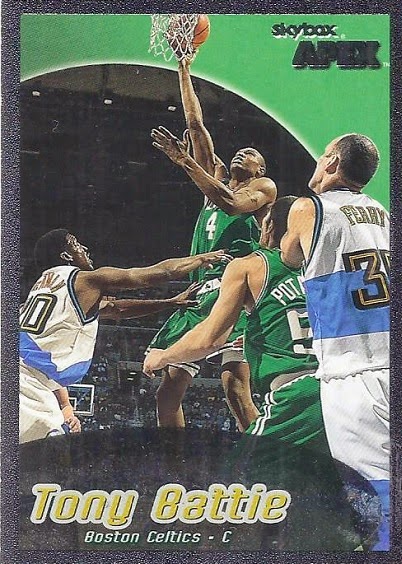 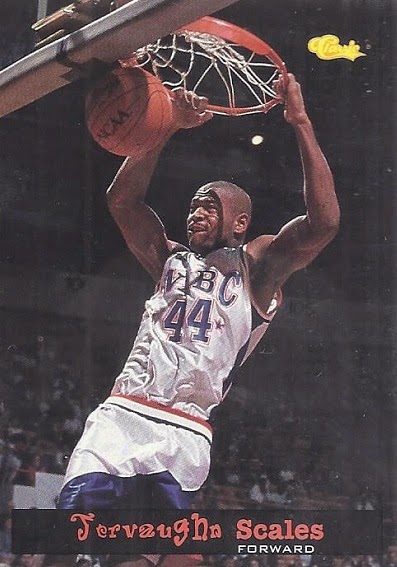 1994 Classic Jervaughn Scales - I've never heard of this guy, and he never reached the NBA, but there's another name I love.
1994 Classic Dikembe Motumbo 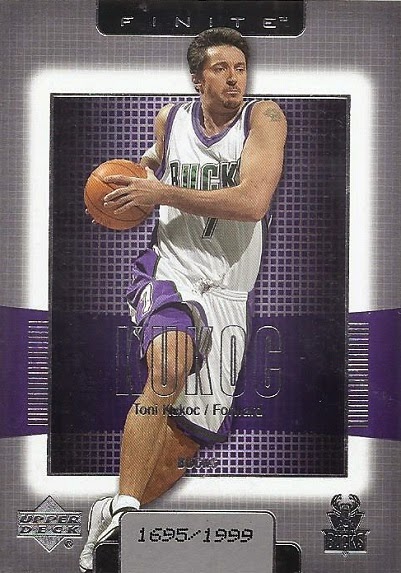 2003 Finite Tony Kukoc - It is always nice to find cards from higher end sets in these. This actually started a nice run of these types of cards that left the junk wax era behind.
2001 Showcase Rashard Lewis 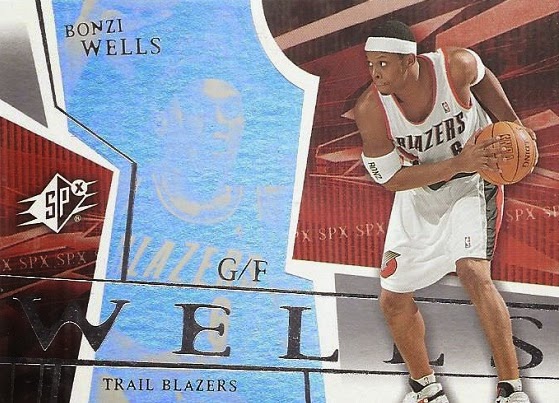 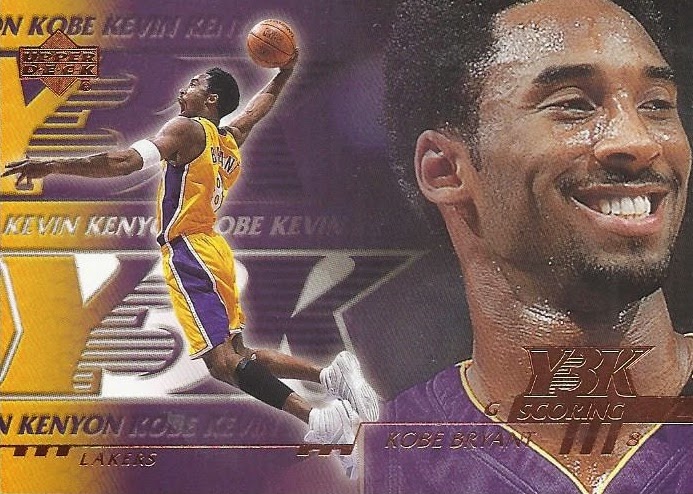 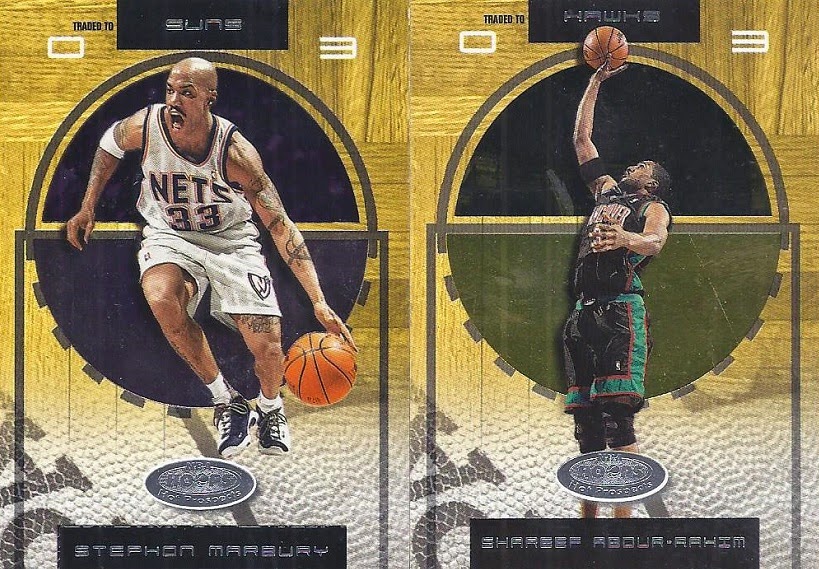 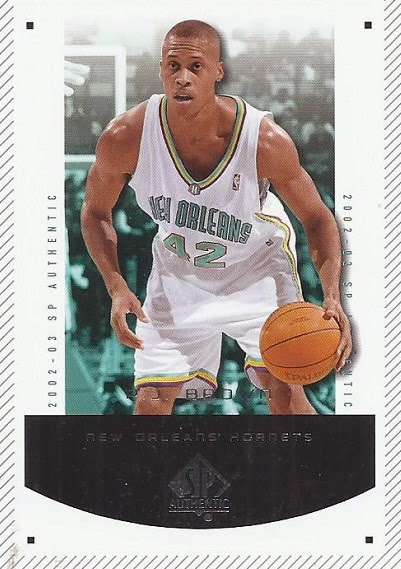 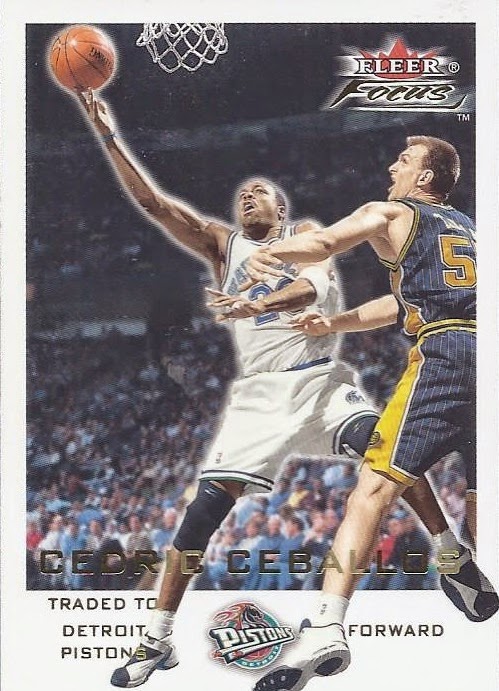 2000 Focus Cedric Ceballos - I really like the 2000 Focus designs, across both this and the other sports they were used in.
2000 Finest Kidd/Stockton - Wrapping up with Finest. Definitely a strange end to the first part of the repack with another mid-range base card.

I'll get to the next 50 sometime later. I busted a third box of Rookie Anthology today, and it was easily my best of the three. I might start that tomorrow. I might not.
Posted by buckstorecards at 17:02