Last packs to open of Rookie Anthology. Unless I spot an obviously fat pack at the LCS.

Here's the base. The Hudler dropped my base set needs down to 3. 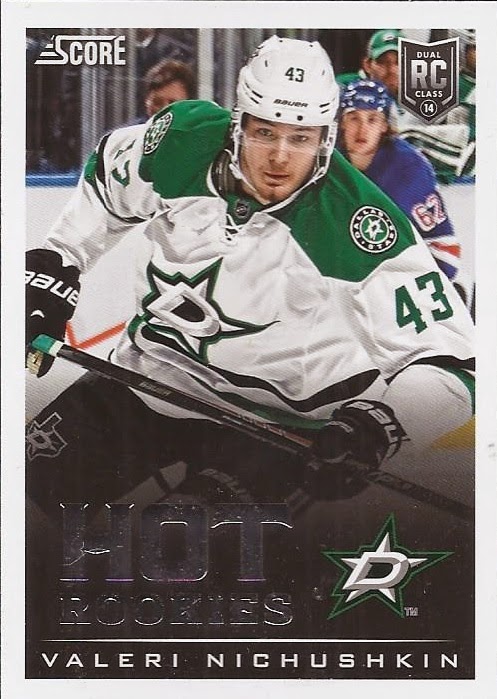 And the Score insert. Another pretty good rookie pull. 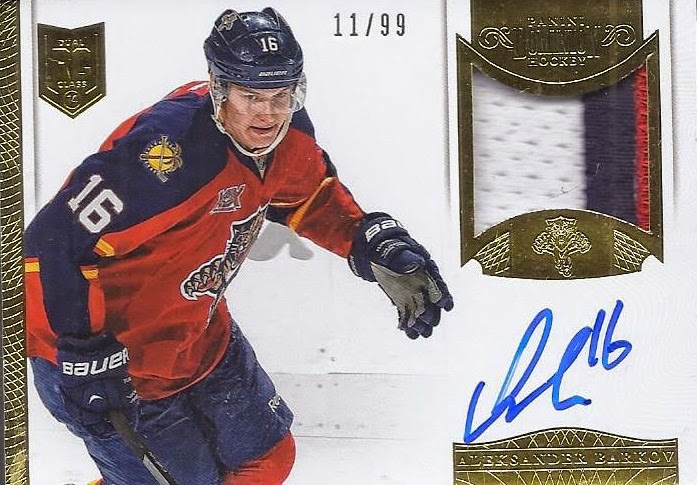 Two Dominion cards in the same box. Sounds good to me! A nice 3 colour patch as well combined with an on-card autograph. My only complaint about it is that the name is really hard to see on the scan, written in a tiny font on the gold just below the autograph. So, for those that don't want to strain their eyes to read this, it is a pretty good pull, being an Aleksander Barkov card. I've pulled two Dominion auto-relics from RA, both Panthers. And both are nice keepers.

And the appearance of Luongo base card knocks my base set needs to 2. Both of which should be on the way shortly. 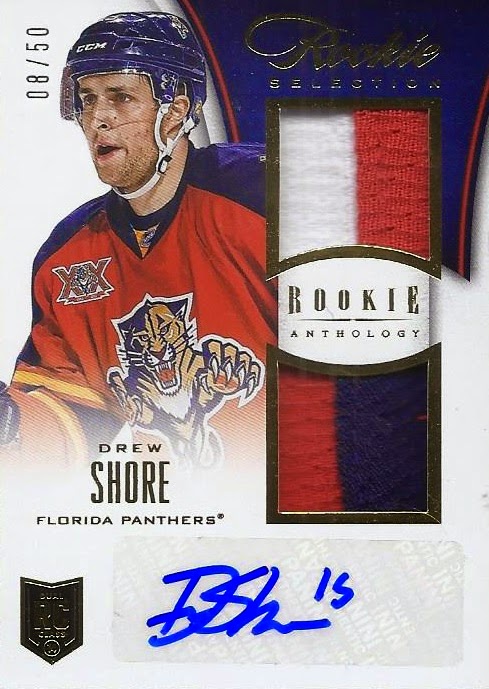 And here's my final hit in the box, and the 6th card numbered to 100 or less. After trading my prime selection of  Jon Merrill, it s nice to get another one from that subset.

But, that wasn't the best card in the final pack. 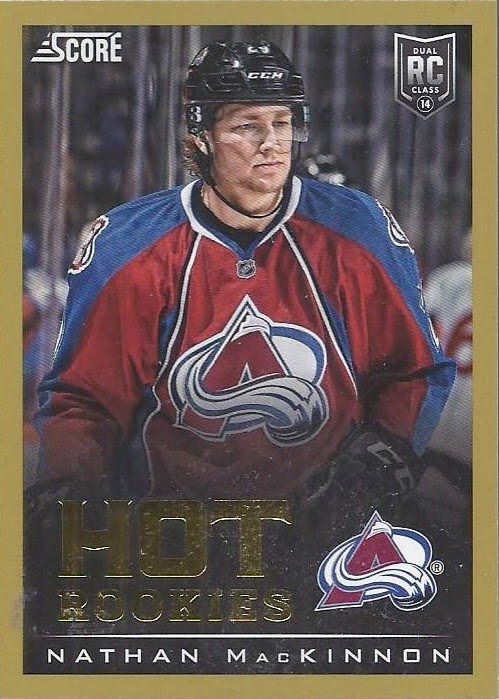 Gold Score rookie parallels fall at a rate of about one per box, and this is definitely the one you want. This is my second card of his to come out of my R.A. boxes. It is nice to wrap this break up with a good number of keepers, but ones that could still have a decent turnaround should I sell them.
Posted by buckstorecards at 09:13