Since I'm determined to get through the group of COMC cards I have now before the next two packages arrive. So, today I've got a 6 pack of Upper Deck cards. 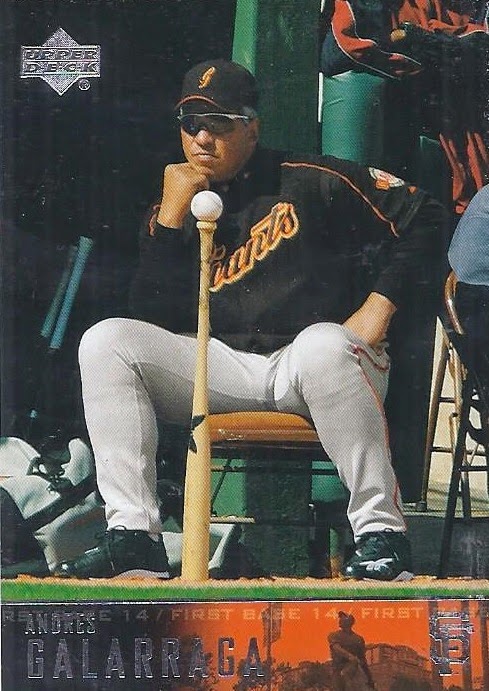 I don't remember much about his 2003 tenure with the Giants, but at least he used his time on the bench their productively. I'd be forever disappointed if I later learn that Andres used some gum to perfom this nifty trick. But, I'll still believe until I learn otherwise. This might be one of the most creative cards usage of bat abd ball in a baseball photo. I won't call it the most creative, since I'm sure there will be competition. 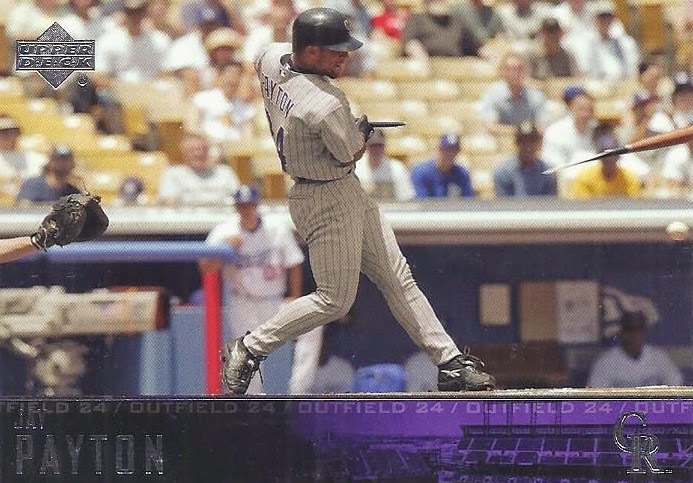 Staying with the same set, here's another great photo. It is another perfect usage of the horizontal option for the photo, since it captures both the ball and bat as both the former and remnants of the latter sail away from the former Met. Depressingly for Jay, the bat appears to me getting more distance than the ball. 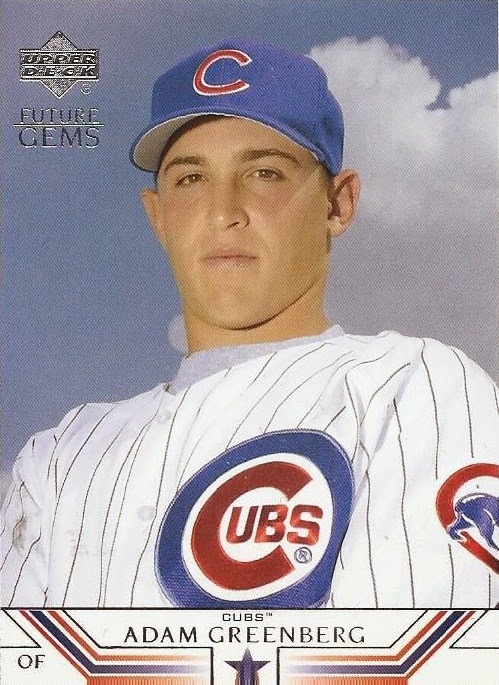 This was the only card for today's Pick 6 that I didn't get for the photo. It is a nice companion piece to the Adam Greenberg from last year's Topps release. 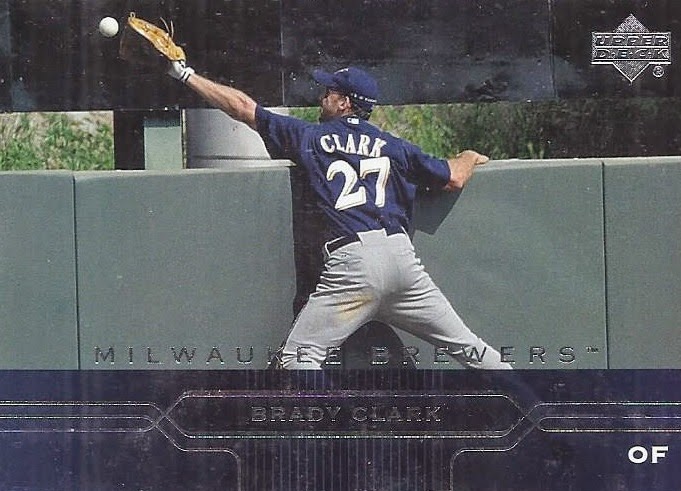 I don't know if Brady Clark made this catch. Searching for Brady Clark and catch did show he did several wall climbs during his Brewers career. 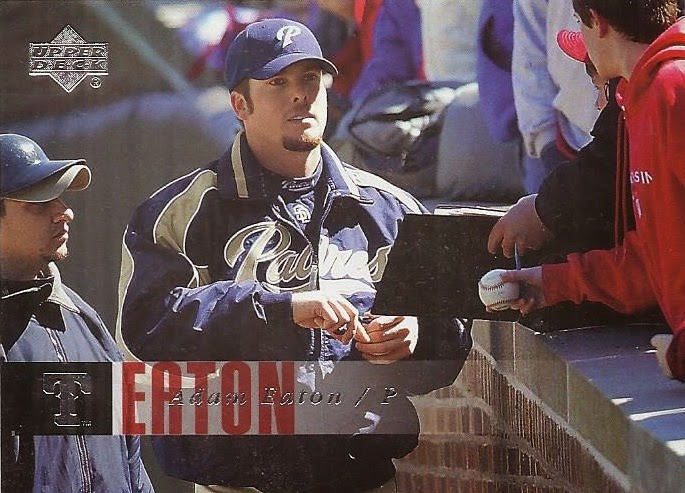 Not to be confused with the other Adam Eaton. It is a fairly standard autograph shot, looking like it might be against the bricks of Wrigley. But, I do wonder what is on the other side of that binder/clipboard that he's adding his signature to. It did inspire me to head over to COMC to compare the penmanship of the Adam Eaton's. Based solely on this, I'd prefer this guy's auto to the current player. 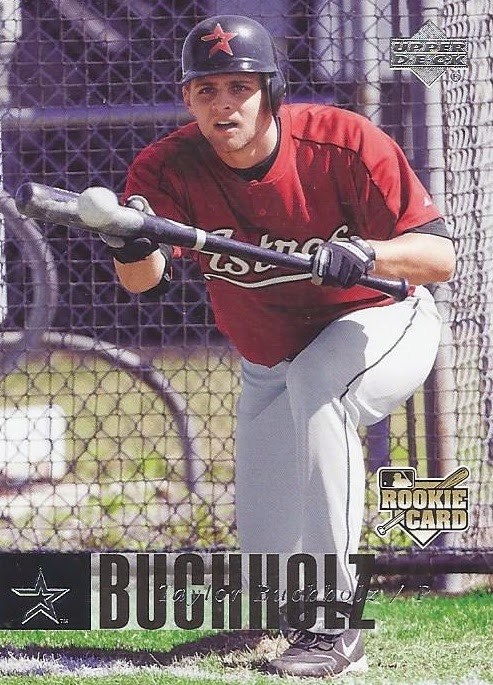 And to wrap things up, what more could you ask for with a pitcher's rookie card than seeing him practicing his bunts?
Posted by buckstorecards at 17:22