Two posts today? Sure thing! It wasn't until seeing posts at Nachos Grande and Baseball Card Breakdown that I remembered that today was their 5th birthday, and that this was as good a time as any to post 2 great autos I've picked up from there.

It has been pretty good to me. I've managed to add Omar Vizquel's only card where he's pictured as a Blue Jay, been amazed at ineptitude of someone's postal service, and gotten not one, but two cards with a pair of 2.14 babies pictured on them. 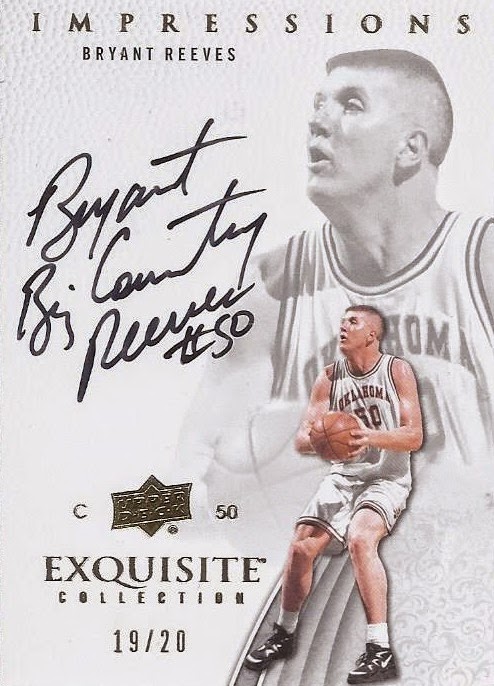 Both this one, and the one to follow went for about 10000 credits each. I'd accumulated a lot dumping some of my hockey hits, so this was as good a time as any to utilize them, and get a pair of on-card autographs in return. While Reeves isn't a major name, he is an important name in Canada's basketball history, as the first ever pick of the Vancouver Grizzlies. Every NBA game, totaling almost 400, he played was in a Vancouver uniform. Best of all, it is a nice, large, legible autograph which included his nickname and his number.

And the second card? 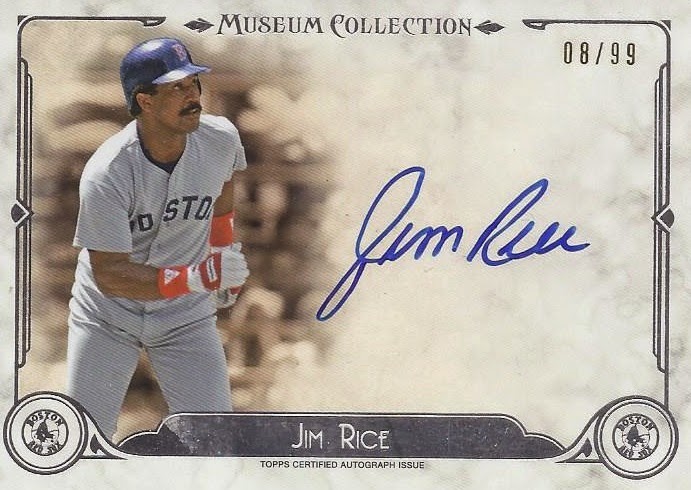 Just another nice, legible on-card autograph of a Hall of Famer numbered to /99. Nothing much.

For penmanship wars, I'll call it a draw. While Rice's is better overall, Reeves is consistent over a longer signature.

Posted by buckstorecards at 17:43