I was hoping for some retail Topps Football today. Unfortunately, they still weren't on the shelf at either Wally World or Target. Therefore, opted for a 10 pack repack of football.

I'll do the largest packs first, and bump off the 90s Score and the 2008 UD with my first go through. Vance Johnson - It is junk wax, but at least it is an interesting photo.
Reggie White
Rodney Peete
Cortez Kennedy 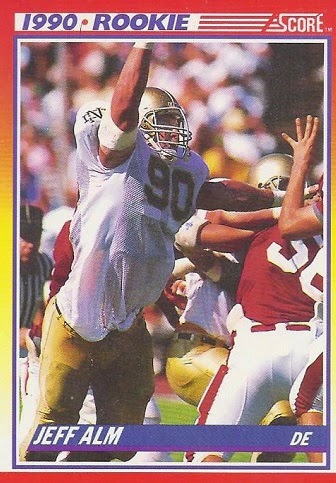 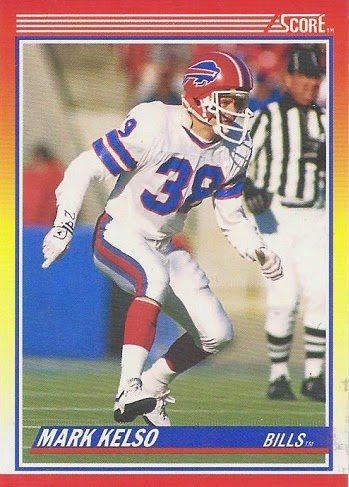 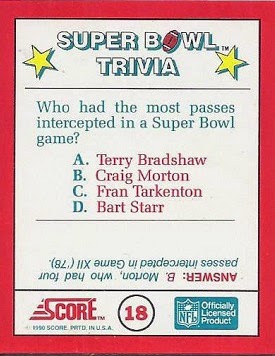 Super Bowl Trivia #18 - As usual with these, pick the guy you are least likely to have heard of.
Mark Collins
James Dixon
Rickey Dixon
John Settle
Jim Everett
Lorenzo White 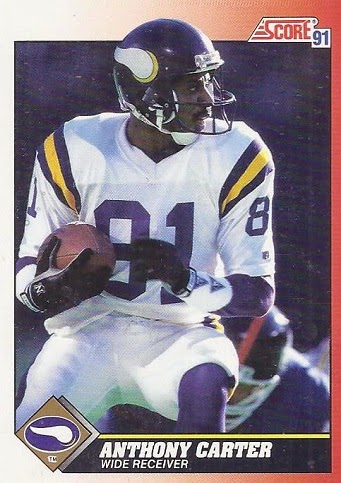 Anthony Carter - At least one card in this repack can go to TMM. 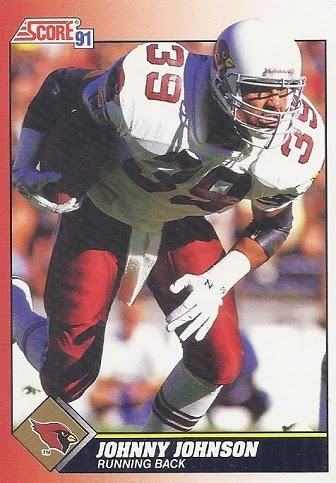 Johnny Johnson - The Johnsons had 9 months and the best they could come up with was Johnny.
Mike Young
Curtis Duncan
Louis Lipps
Don Warren
Paul Skansi 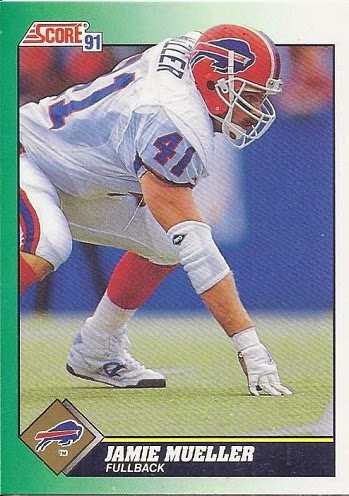 Once again, the Bills card saves this from blandness.

And the Rookie Exclusives rack pack. Bring on artsy and/or ridiculous shots from the rookie premiere, college and training camps! 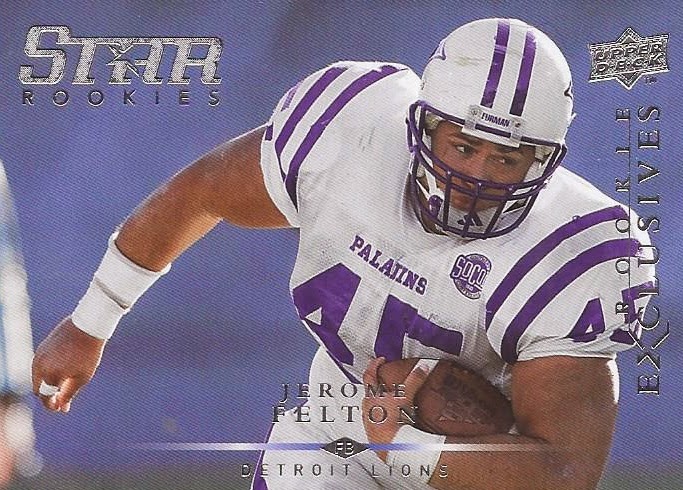 Jerome Felton - I'm just including this a sample of what the college shots are like. Pretty boring and not what you expect from UD.
Dustin Keller 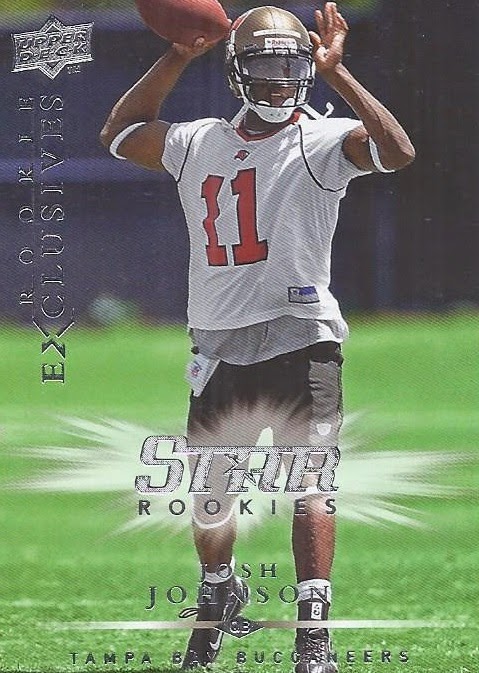 Josh Johnson - I'm just including this a sample of what the camp shots are like. Pretty boring and not what you expect from UD.
Kevin O'Connell
Geno Hayes
Davone Bess
Jonathan Hefney
Marcus Monk
Chevis Jackson
Anthony Morelli 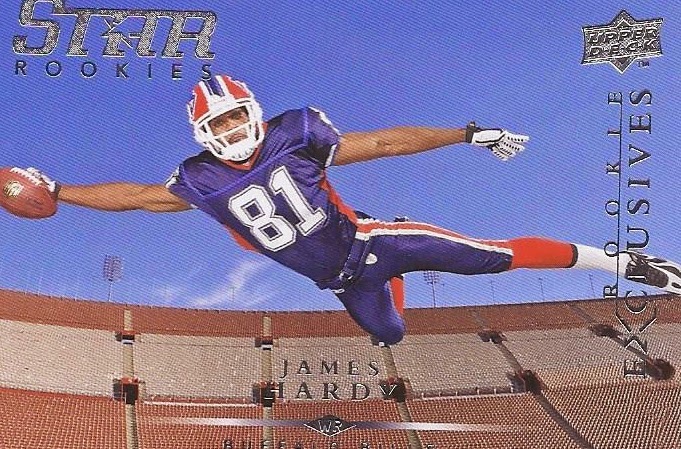 James Hardy - Even being a Bills can't save this ridiculous card. At least the gym mats are out of the frame. Pretty stupid and not what you expect from UD.
Eddie Royal 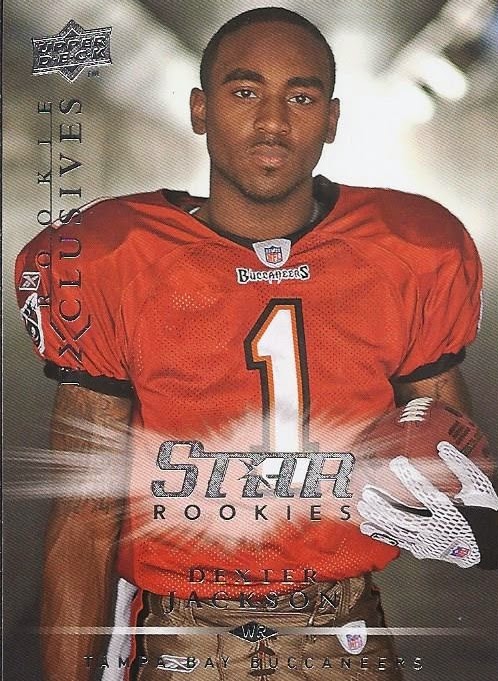 Dexter Jackson - And these are the artsy shots. They are more interesting than the others, but that's really not praise.
Leodis McKelvin
Jacob Tamme 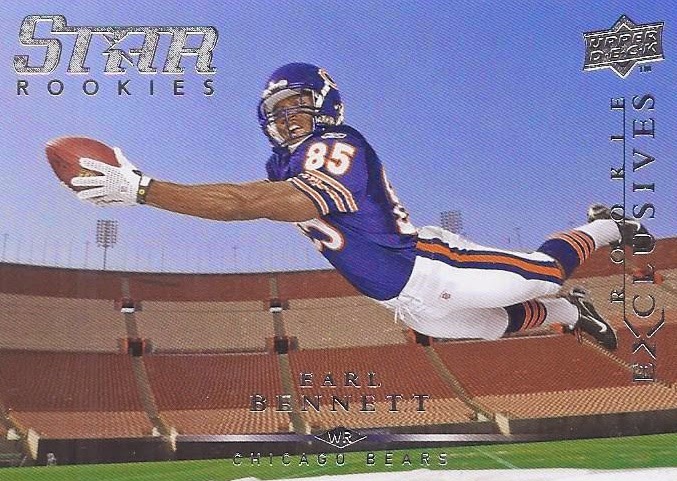 Earl Bennett - See what I said about the gym mats? 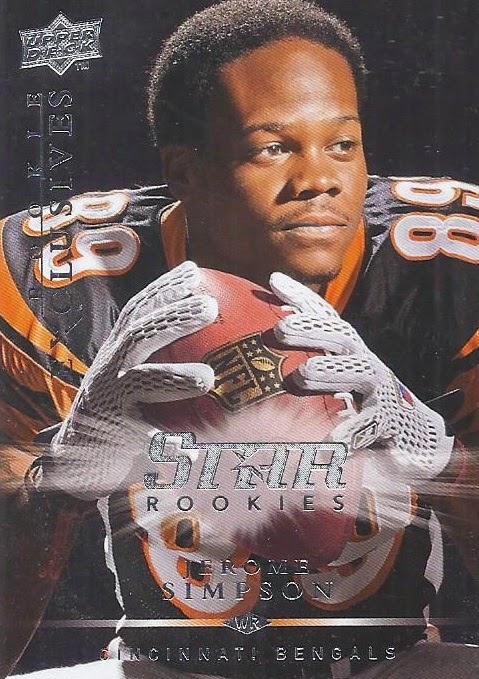 Jerome Simpson - OK. This one I like. It has taken almost half the pack for a keeper (the Bills have been dupes) 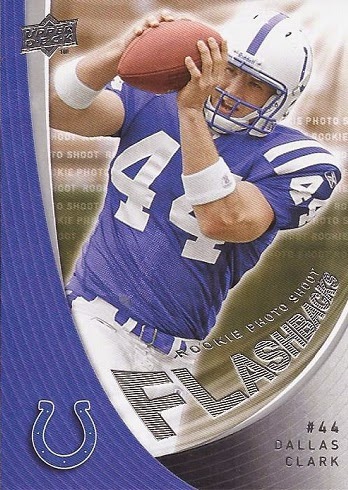 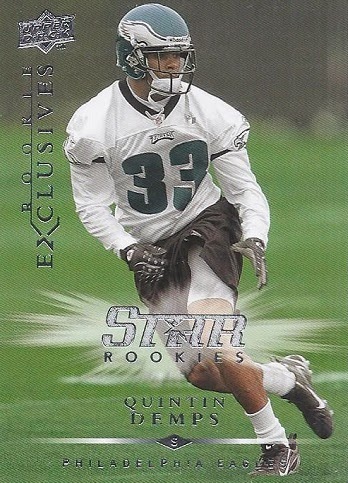 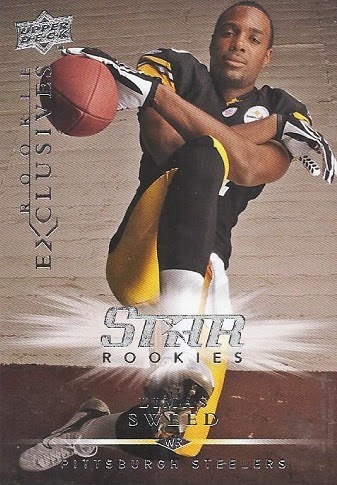 Limas Sweed - He couldn't even make a CFL expansion team this past season.
Earl Bennett 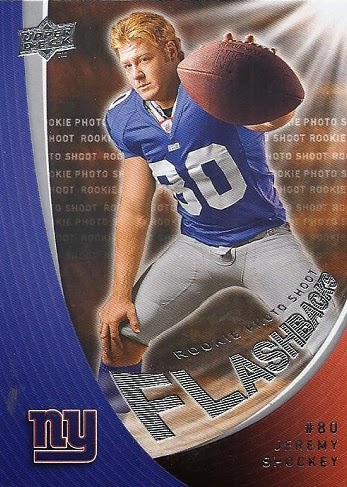 Jeremy Shockey - RPSF - And it wraps up on a second gimmick insert.

P.U. all around for the left side of the repack.But, them's the chances you take with one of these. The rest coming up over the weekend.
Posted by buckstorecards at 17:00