Breaking the Raptors in Spectra

Goodies from another break via mojobreak showed up today, completing a break that dates back to the National. I grabbed the Raptors in a case break of 2013-14 Spectra, and here's what I got! 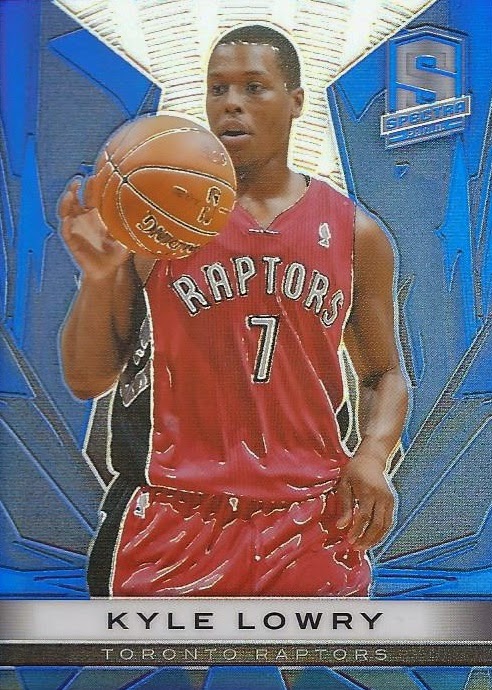 Yup. That's it. It's nice. It is shiny. And it is limited to 65. So, at least I pulled a Raptors card from the break, thus making it not a complete whiff.

But, if you go hitless in one of their breaks, they'll throw in a hobby pack with the break. 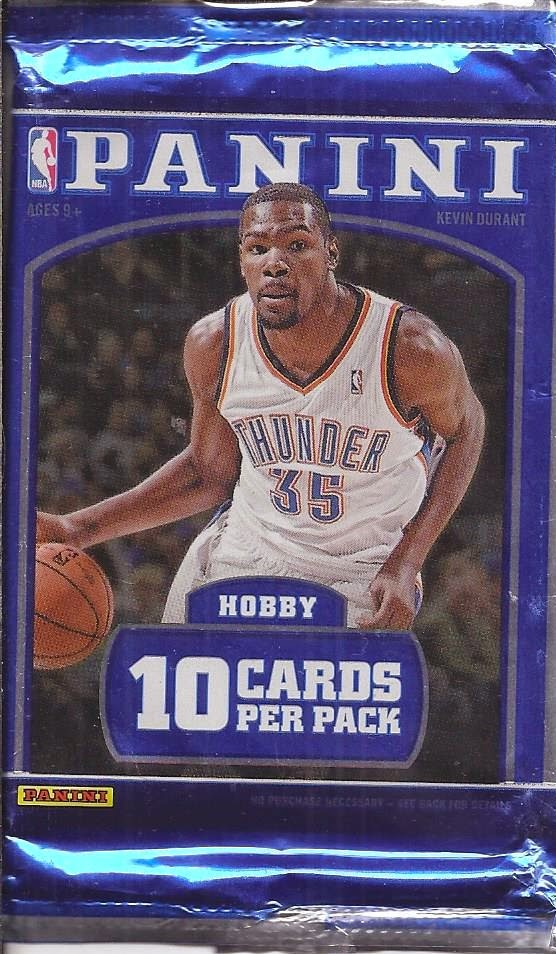 While I didn't get a hit from this either, there were still a few notable cards for me. 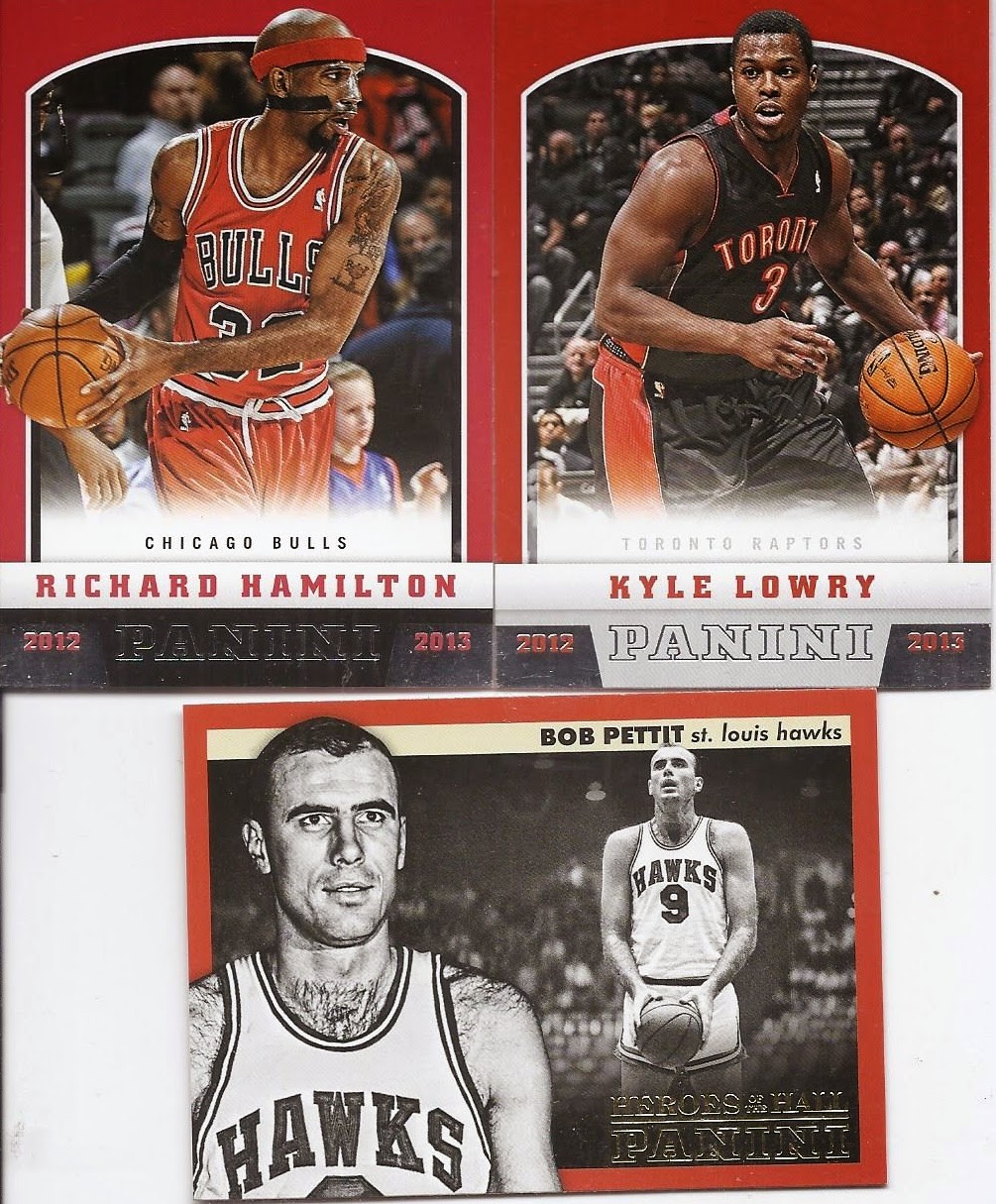 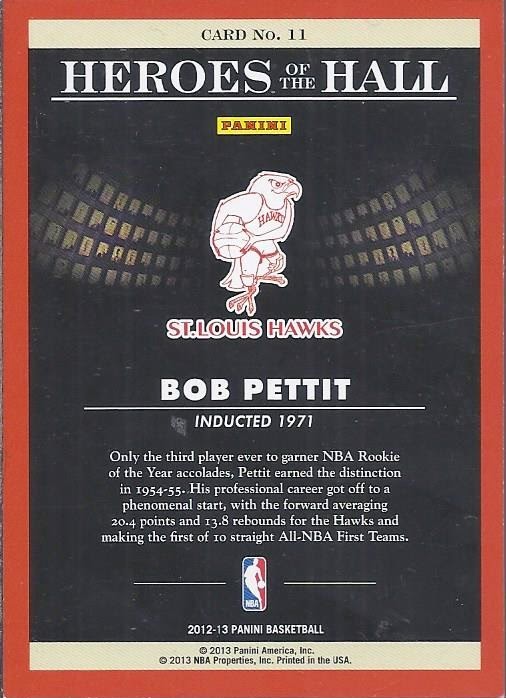 I love the old school logo on a card. I've got a card of Elvin Hayes in backwards because it had the original Houston Rockets logo on it. This one will join it due to the great St. Louis Hawks logo. As I've said before with Panini - one thing they do well with veterans in sets is making the logo match the era, even if the team hasn't changed.

Since this break coincided with the National, there were some national packs as part of the break. I ended up with a pair of silver packs, and a pair of "breaker" packs. 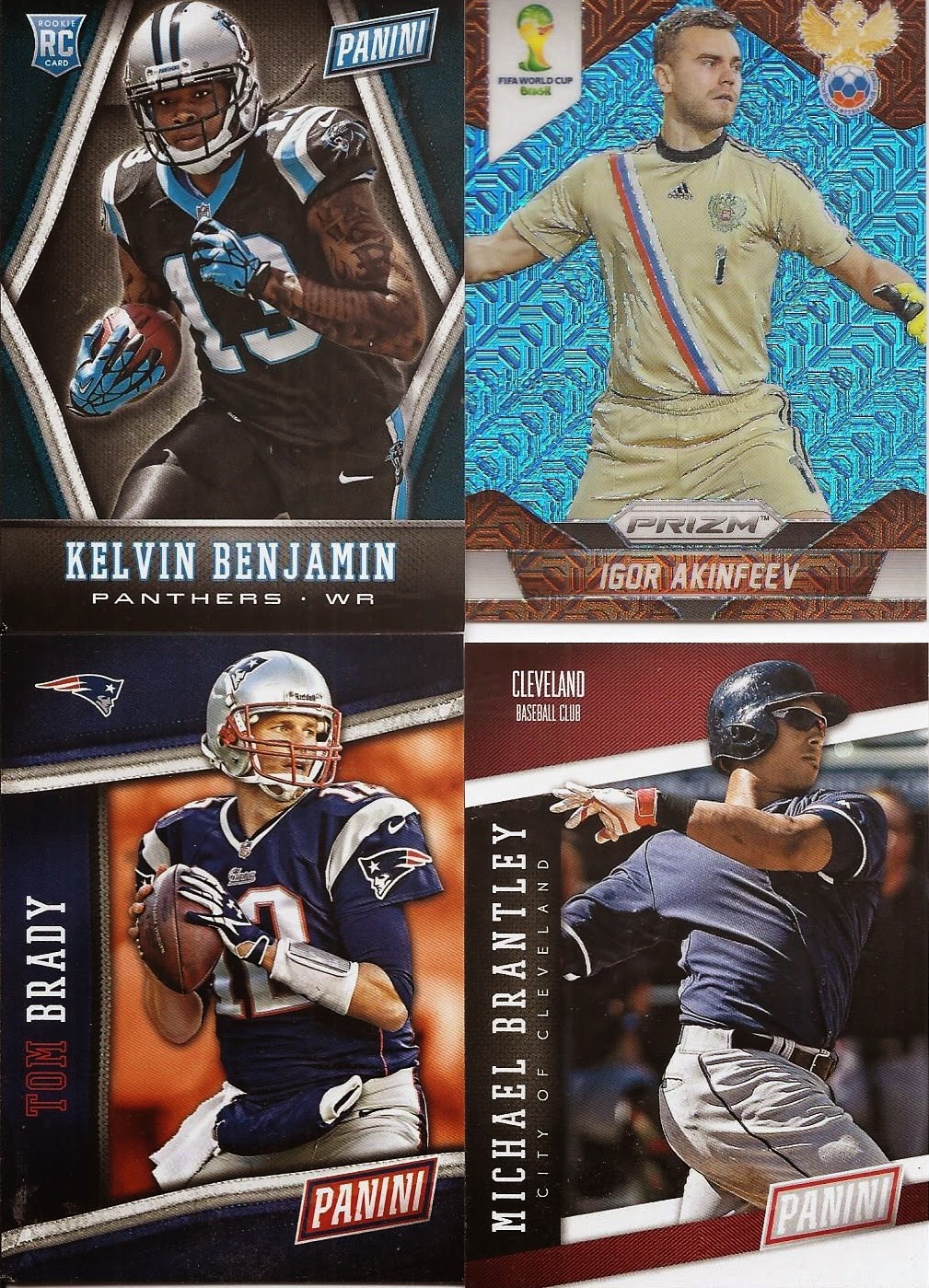 2 cards apiece in these. Kelvin Benjamin is having a pretty good training camp with the Panthers. Although they aren't numbered on-card, the soccer blue wave cards were limited to 55 each, as best I can tell via ebay. The Tom Brady is already set aside for TMM. Plus, since the event was in Cleveland, I love how "City of Cleveland" is added alongside name on the base of Michael Brantley. It is something that is done on the other players from Cleveland as well, such as Kyrie Irving and Johnny Manziel. 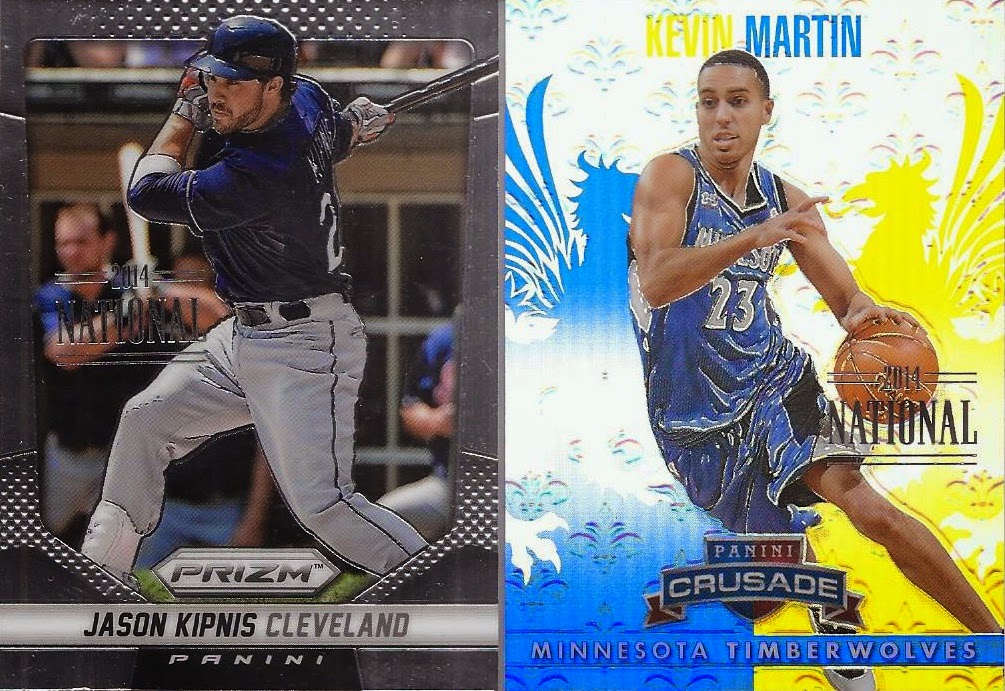 And the breaker's pack produced a pair of cards, both numbered to 5. Neither one is a huge name, but they're still nice bonuses.

So, 1 card of Lowry still ended up with a nice little stack.

Tomorrow, a lot fewer cards to choose from to show off.  5 cards from a random break of Prime where I got a Coyotes/Lightning combo slot, and 4 from another pair of National silver pack. But I will have hits tomorrow to show off, including one that hit a PC and that will become the best swatch in it, and a card that I can think of at least 3 people that would be interested in trading for as soon as they see it.

Patience!
Posted by buckstorecards at 16:56