Here's another $5 repack from the flea market. These consist of about 50 recent base cards, along with a relic card. Since the base cards were helpfully together in groups of 4-6, that makes it easy to scan everything! 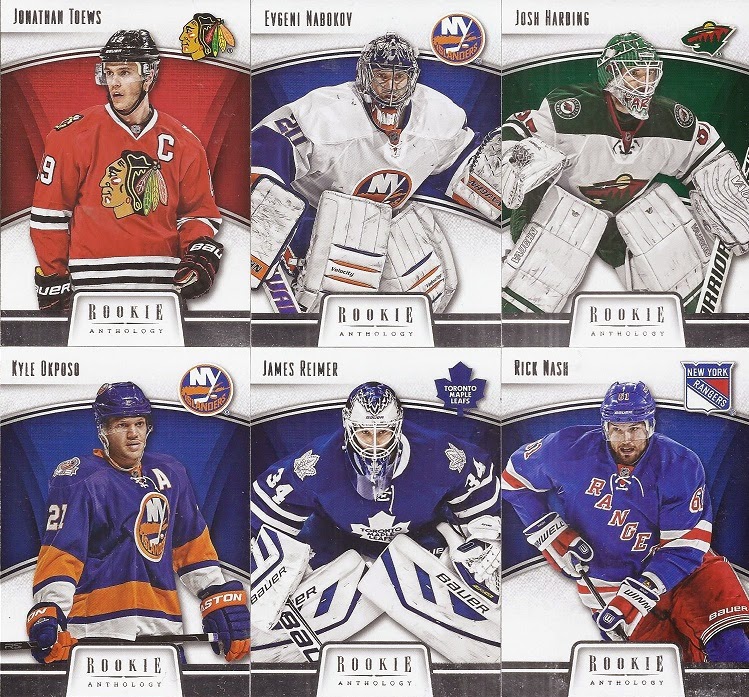 First up, some RA base. I knew I needed the Toews for my base set of Anthology, so this was the one I went for. I also ended up needing the Okposo and the Harding. Considering I was 28 cards out when I purchased this, a 50 percent need average was pretty good. 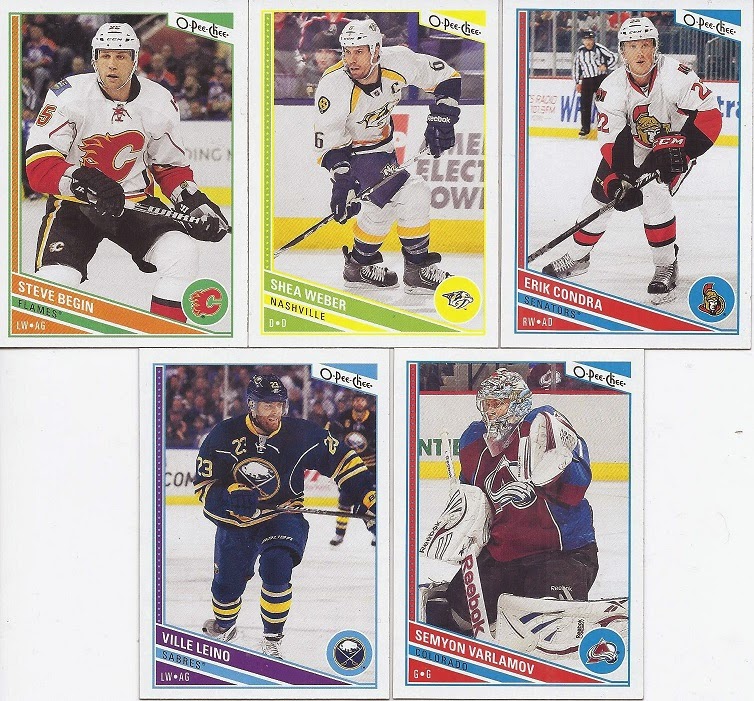 Probably the lowest end base in this repack were these OPC cards. I gotta pick the Senator as my favourite card in this bunch, even if it is a dupe. Plus, it was the only Sen in the pack. 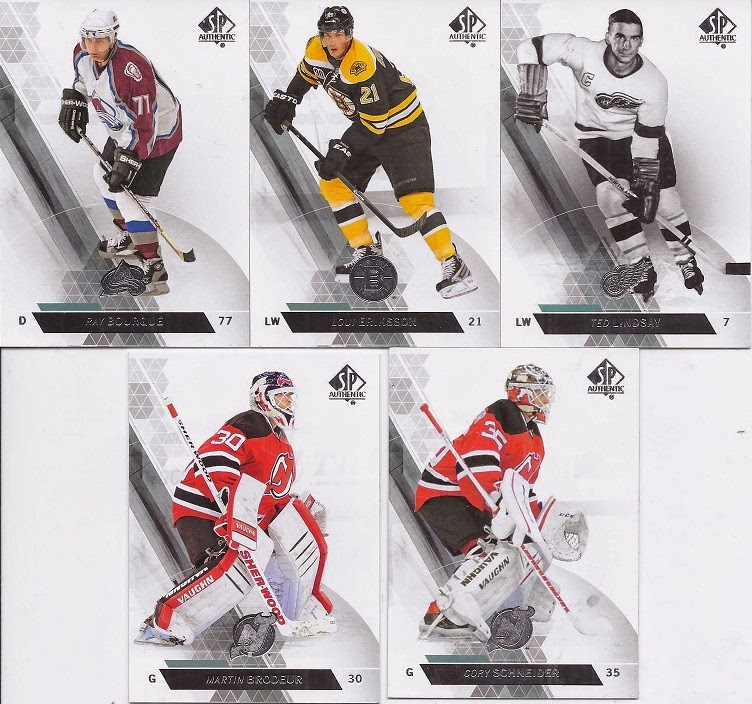 Next up is a group where it is harder to pick a favourite card. There's a player I've always liked in Bourque, and some nice mask photos with the Devils cards. But, the appearance of Ted Lindsay takes this fivesome. While Ted does make some appearances in recent sets, he really isn't the type of player that reaches overkill levels. The B&W photo works nicely with the background design as well. 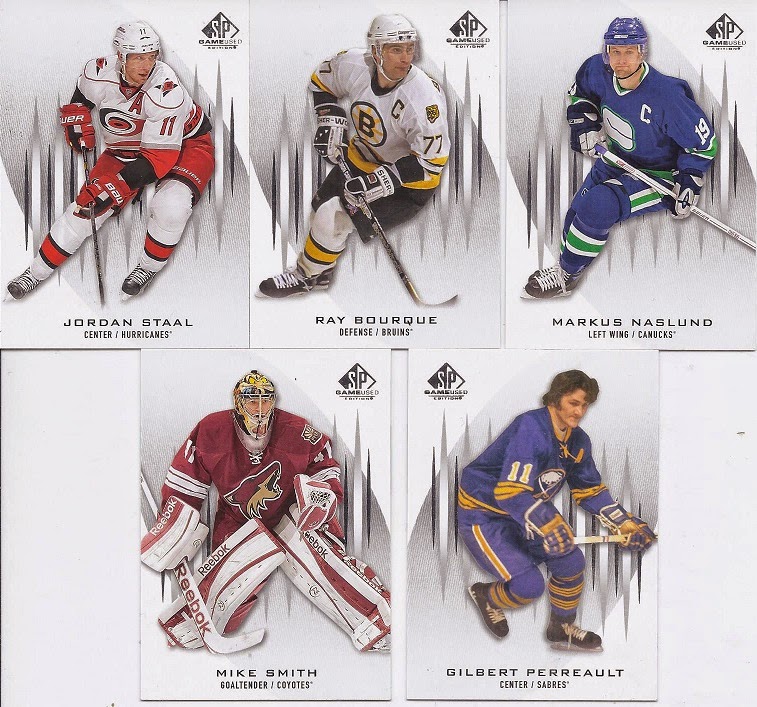 But, I'll pick the Bourque here. It is a narrow win over Gilbert. 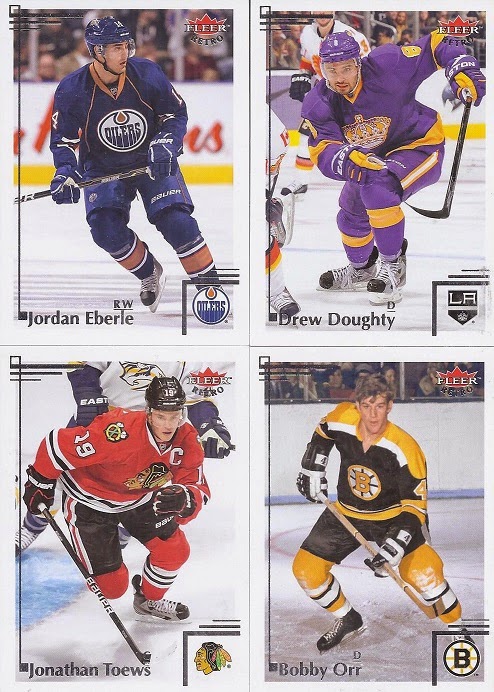 Only 4 from this set. Bobby Orr is the type that it is always great to come across cards of, even if he does make a lot of appearances. But, the throwback of Doughty is also a nice one. 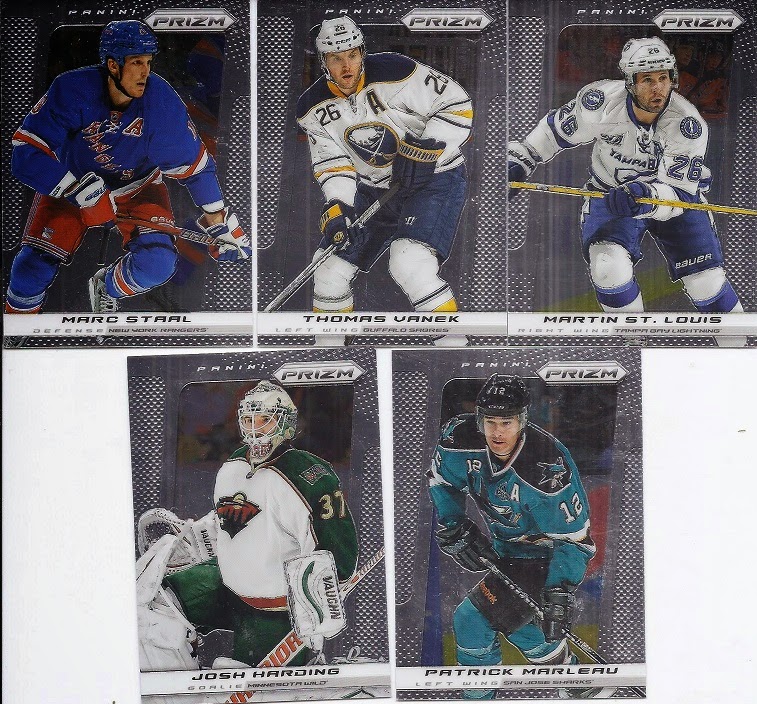 Prizm. Nothing much here. I guess the mask card of Harding is the favourite, but it wasn't the most interesting lot for me. 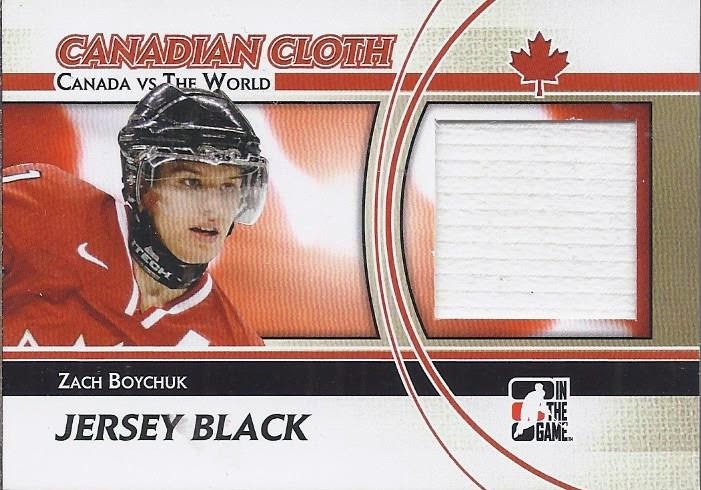 And here's my hit. A plain white watch, but I do like getting these Canadian Cloth cards. It isn't mentioned where this is from aside from the "while playing for Canada" on the reverse. So, I'm left to guess the source. Since I can't recall Zach being a member of Team Canada at a WC, this is probably from one of his stops with the World Junior team.

Wow. These are pretty obnoxious. If I have to pick a favourite, I'll go for a mask binder card, since you get a nice close up on the Howard. 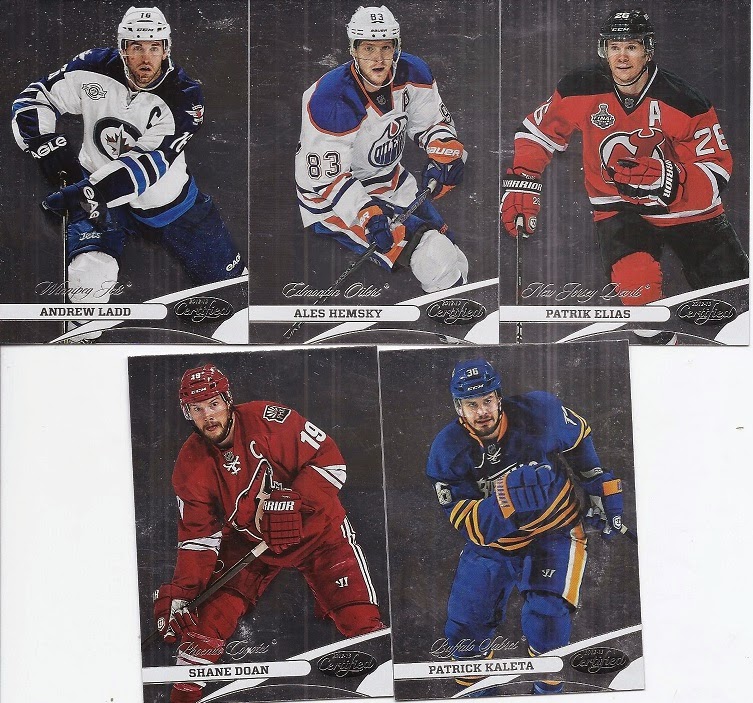 I dislike scanning these only because they show off how filthy my scanner is. Patrick Kaleta really doesn't seem to be the type of player you'd find in this type of set, so that one is my favourite in this group. 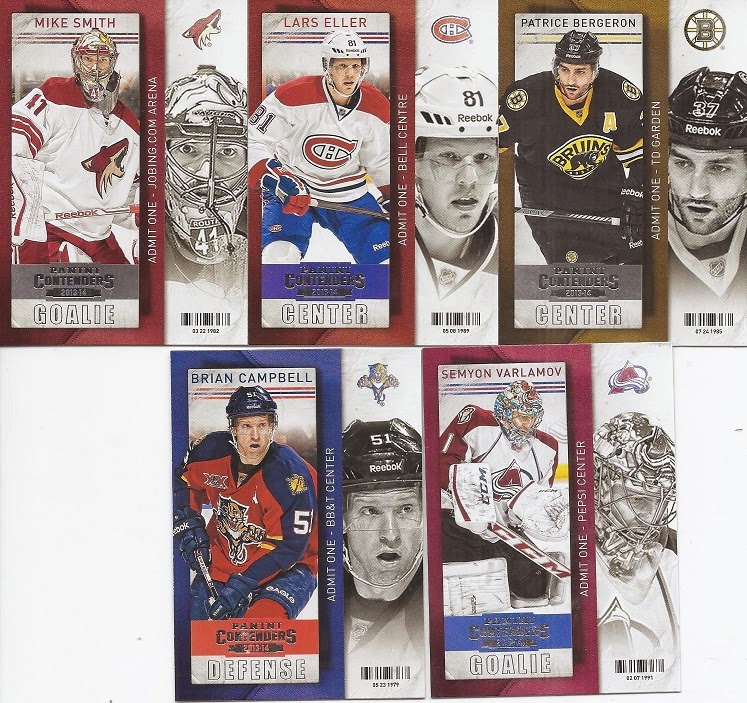 The Bergeron was visible card on the other side of the repacks. There's a pair of great mask shots here. Mike Smith still remains among my favourite (if not my absolute favourite) current mask, so I'll vote for that one, especially because of the Wile E. closeup.

Posted by buckstorecards at 16:47