The # of cards in each pack dictates I'll need to list the rack pack and scan the highlights, while scanning the whole packs of the rest. So, let's wrap up this repack box. 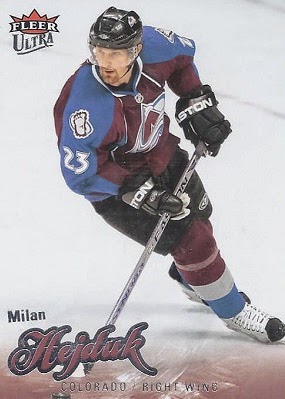 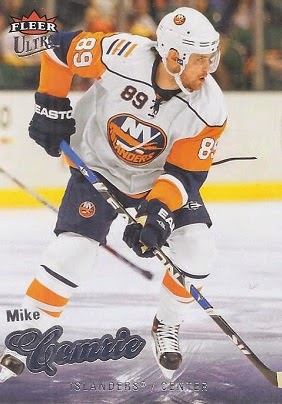 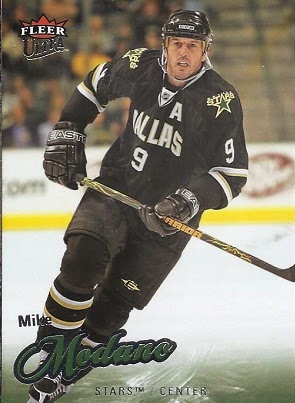 Mike Modano - One thing I noticed as I worked through the pack is that the bottom of all the cards featured the ice surface, as opposed to the boards, the bench, or anything else. It means the colours work really nicely with the full bleed photos.
Daymond Langkow 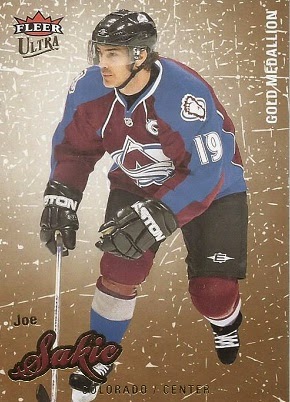 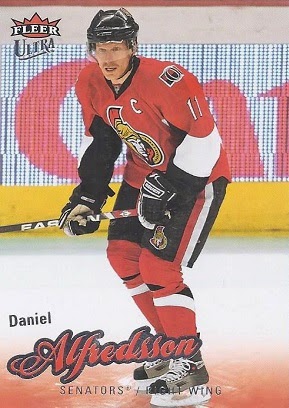 Daniel Alfredsson - A dupe Alfie is still a new Alfie for the collection. If it doesn't go in the Alfredsson binder, it can go in the Sens one.
Gilbert Brule
Markus Naslund
JP Dumont 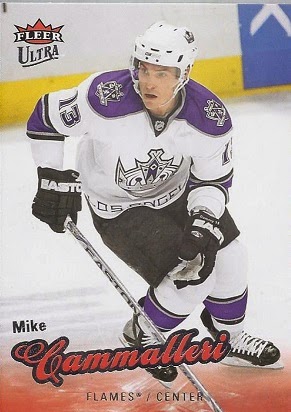 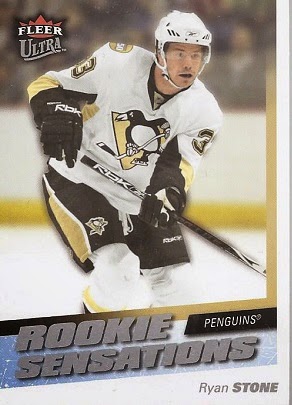 Ryan Stone - Rookie Sensations - He played parts of a couple seasons in the NHL, before heading to Europe. Wikipedia says he played for the awesomely-named Hamburg Freezers.
Guillaume Latendresse 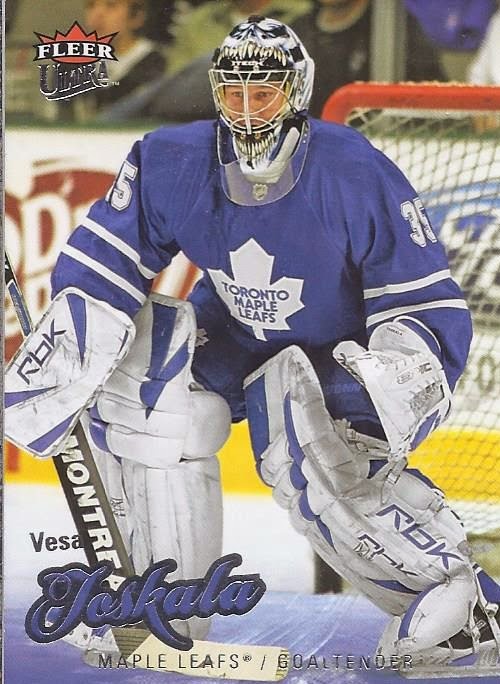 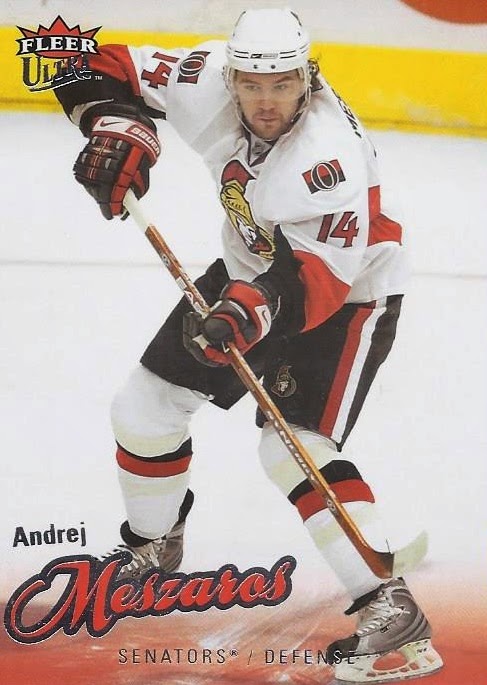 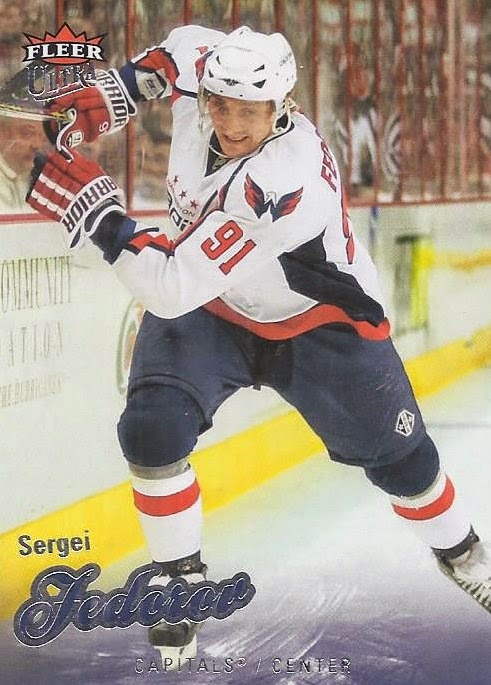 Sergei Fedorov - He spent a season and a half there, but I still completely blank on his time as a Capital.
Ed Jovanoski
Chris Kunitz 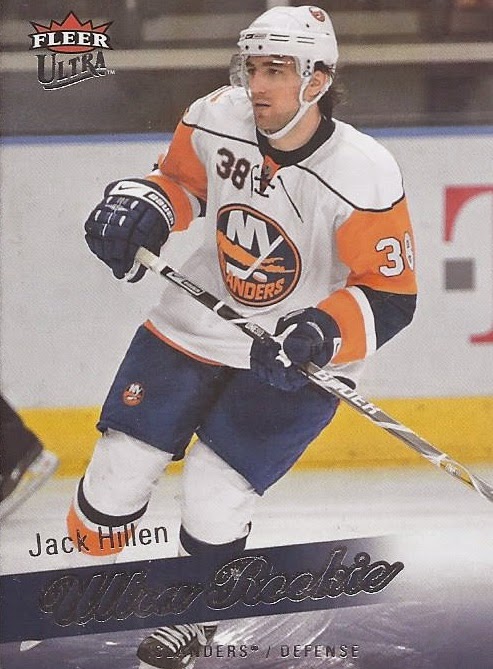 Jack Hillen - Hey! A rookie from 08 that still spent time in the league in 2013-14. That's something, considering the batting average these can have.
Mike Green
Pierre-Marc Bouchard
Michal Rozsival
Tomas Plekanec
Dan Cleary
Alexander Steen 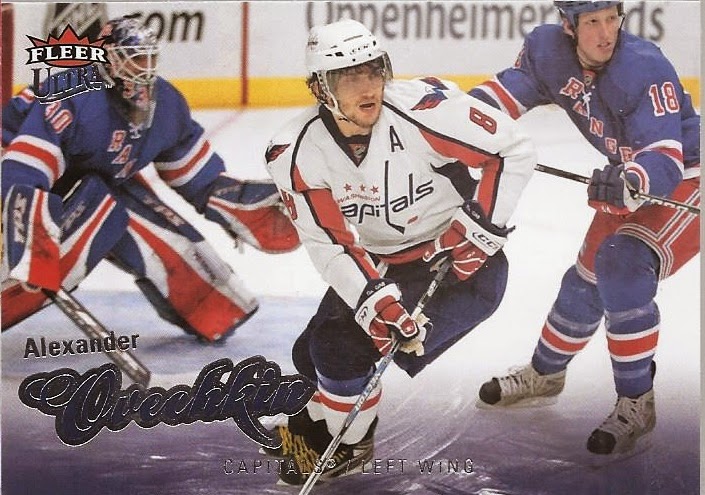 Now, to the packs where I can scan every card. 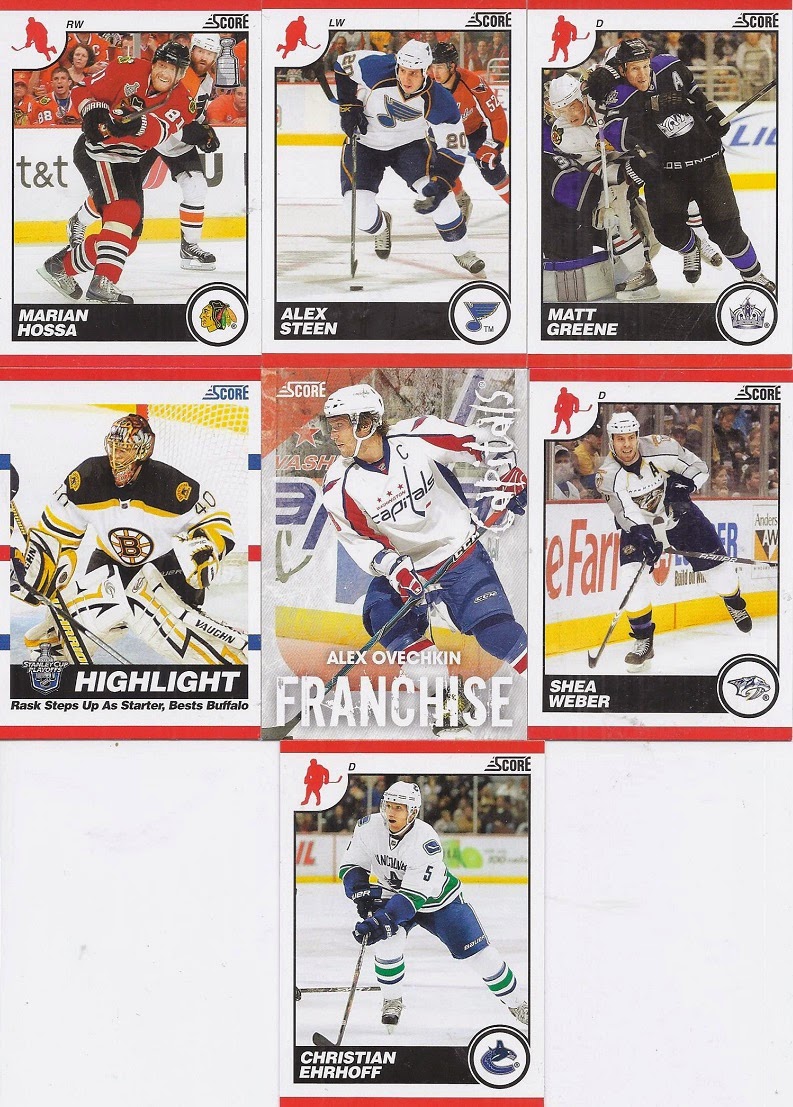 I didn't really think Score this season had spectacular photo choices, but the Green does give a nice pic of the chaos that can take place in the crease. 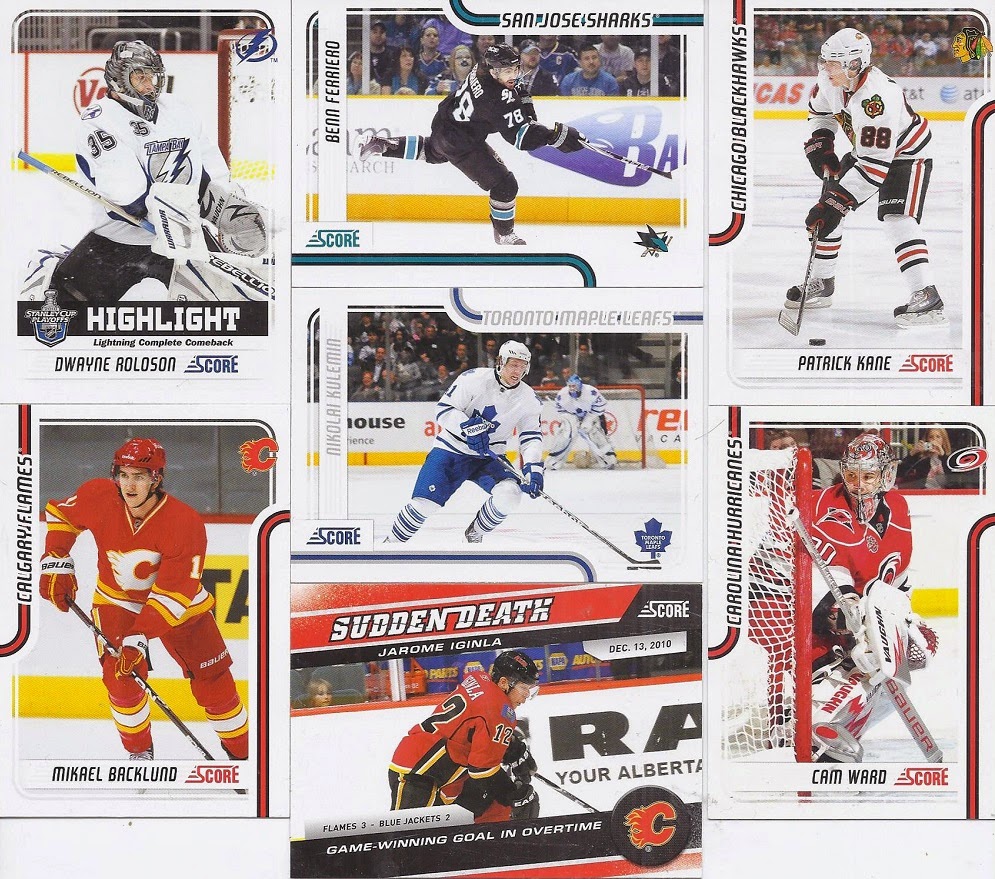 The Roloson is a dupe for my mask binder, but the Ward isn't. It's a glossy parallel as well. 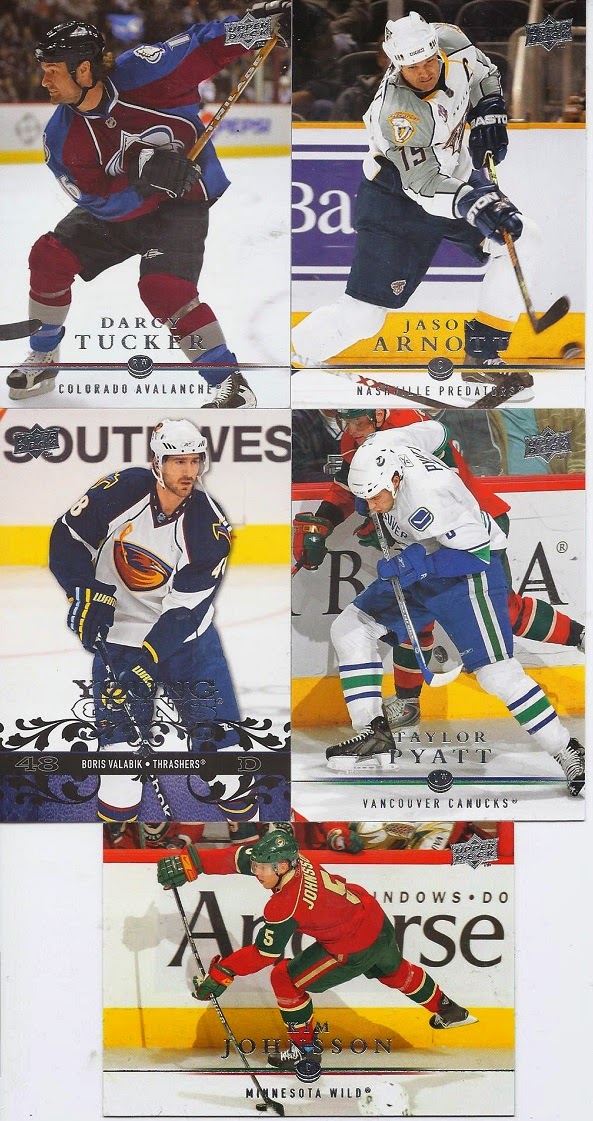 Here's some UD. The easy highlight here is the Young Gun of Valabik. He's a 2/14 baby, and also a Kitchener Rangers alum. I have a card for the former, but not the latter. So, this is a nice addition to the latter collection, despite his lack of NHL success. 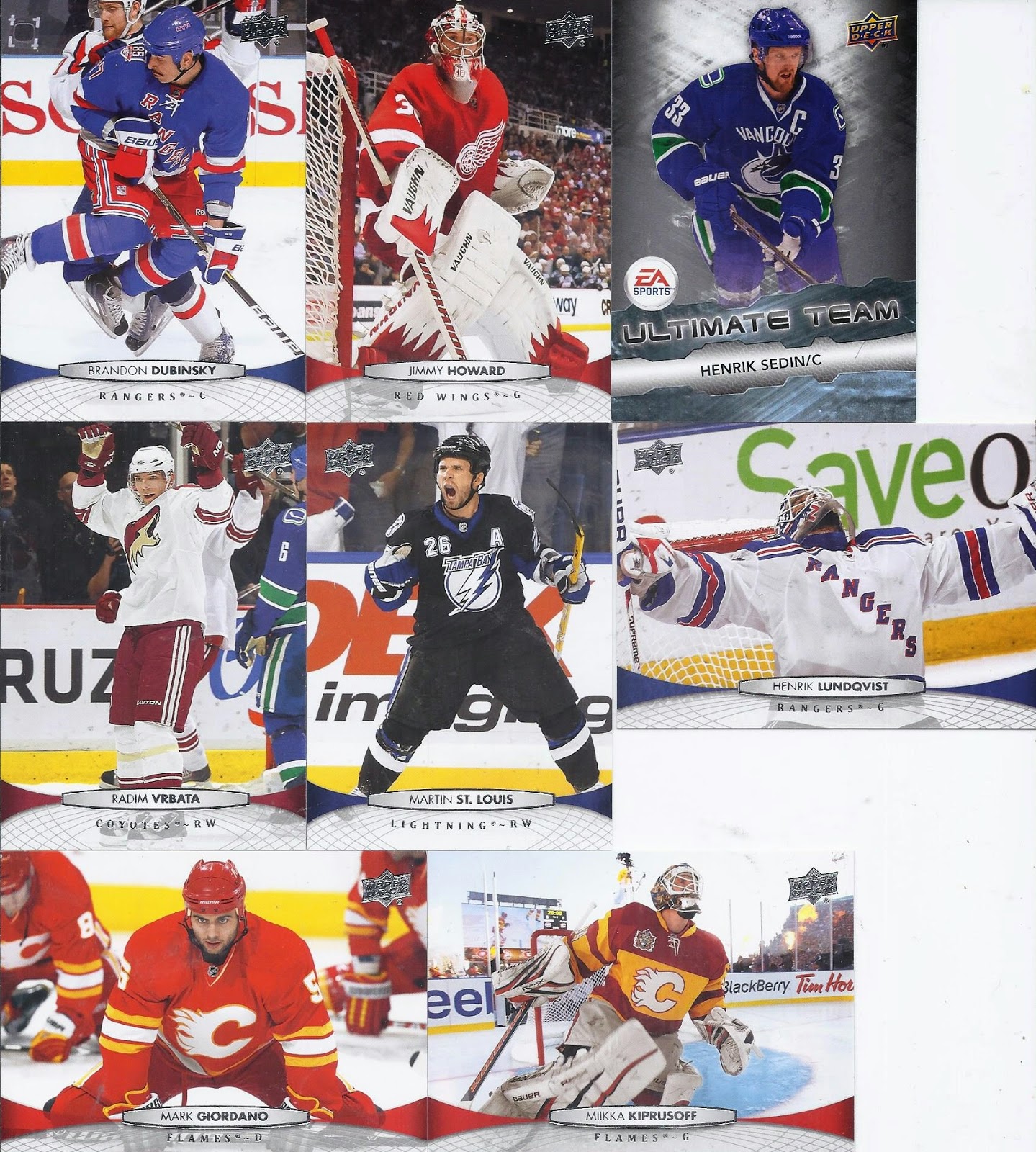 And here we have the last pack. A great variety here. Celebration shots. Retro uniforms. Masks. And darned if that Miikka from the Heritage Classic isn't a beautiful card. In terms of photography, probably my favourite photo in the whole box.

Posted by buckstorecards at 08:44