Despite coming up short in Game 1 of the playoffs earlier today, I'm still happy with the Raptors performance in 2013-14. Considering all the talk at the beginning of the season was along the lines of Riggin' for Wiggins, I'm elated with the playoffs and the division title, even if it was in the Atlantic.

But, this does seem like the perfect excuse to post some of my new Raptors cards on their way into that binder, all additions to my plans to acquire at least one card every Raptor ever. As best as I can tell, I'm two short, and they're both in the Top 10 list on the sidebar. 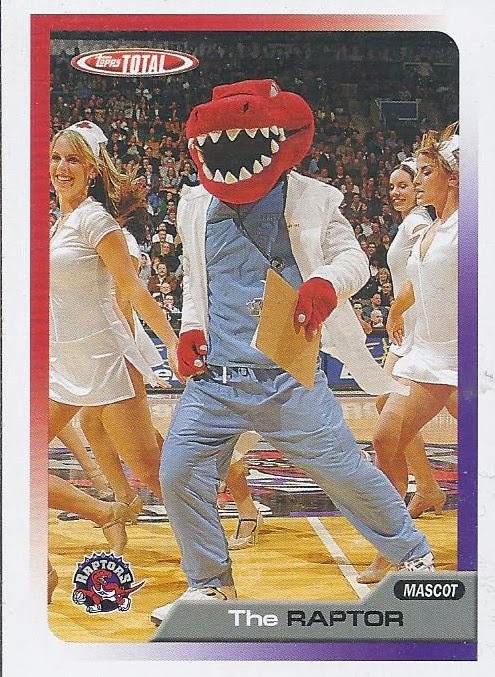 If I'm going to include cards of coaches in things like this, I might as well also include one of the someone (something?) that has been there from the start. He (She? It?) isn't in the usual attire in this card, but that only adds to the charm of this card. I believe that the Topps Total sets were the only one to include cards of the mascots. 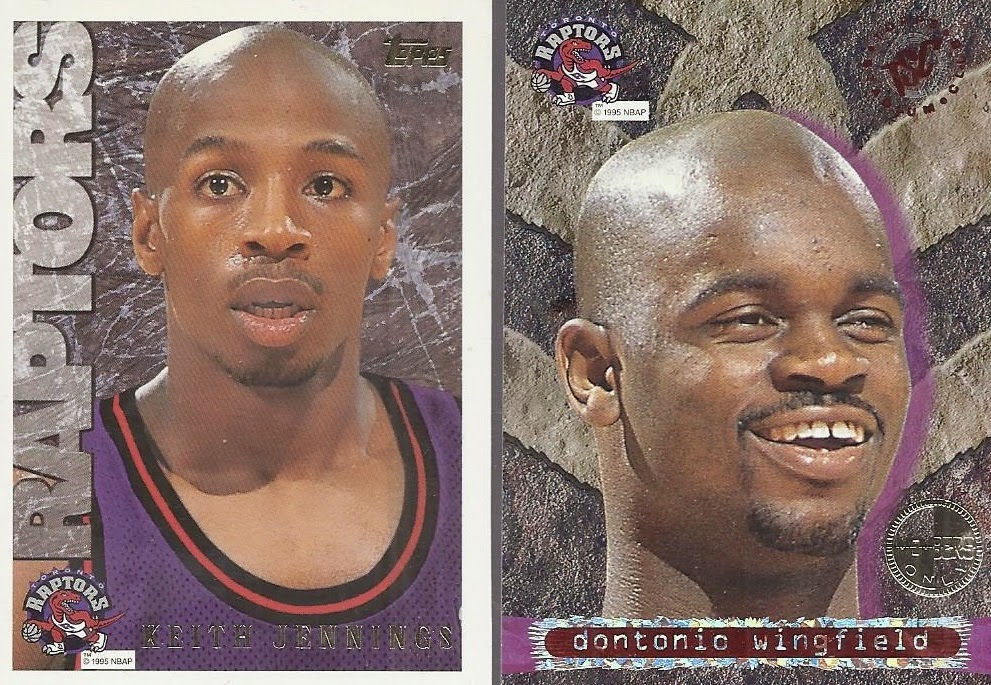 While The Raptor has technically never played a game for the team, he (she? it?) isn't the only one that has a Raptors card, but never played for them. Both went to the Raptors in the expansion draft, but both were gone before the inaugural season got underway. While Wingfield latched on for a few seasons in Portland, Jennings never played another game in the NBA. Zero-year Raptors (tm: Nick @ Dime Boxes) To round out the list, there were also guys for whom their only Raptors card was a hit. DJ Augustin played only 10 games for the Dinos, and was released after the Rudy Gay trade. Still, Panini stuck a sticker on a photo with him in a Raptors uni and called that a card. 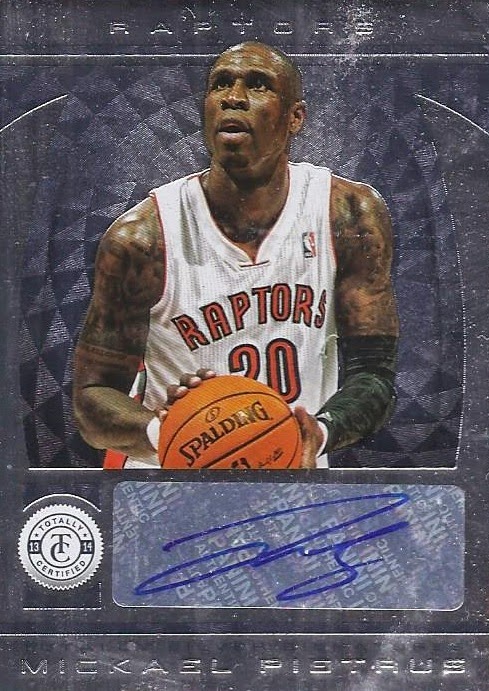 Pietrus played 6 more games than Augustin, and found himself as a Raptor in this year's Totally Certified set. He's one of 3 players in NBA history born in Guadeloupe, and with 10 NBA seasons, the most prolific as well. So, there's some nice trivia to go with this hit. 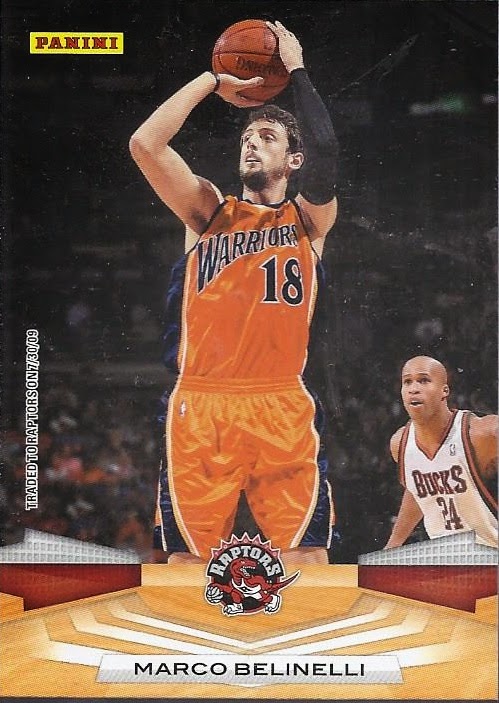 And finally, Marco Belinelli played 66 games for the Raptors, but this was as close as things got to a card of him as a Raptor.
Posted by buckstorecards at 13:27