Not quite dime-box goodies - Part 9

Because I really should get through this before the Expo (less than a month to go). And it beats boring  you with all the set builders that have arrived in the mail for '14 Heritage. These are all cards I pulled from a 12 for $1 bin in January. 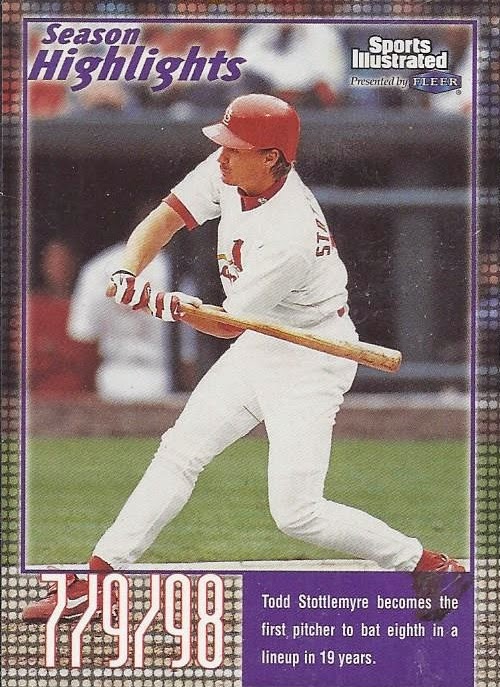 When I saw this, I was certain I already had the card. I grabbed it anyhow, deciding that if it was dupe, Nick @ Dime Boxes would enjoy a pitcher at the plate card, especially one that salutes a decistion to bat Todd Stottlemyre in the 8th position. But, I didn't have it, so this one is a keeper. 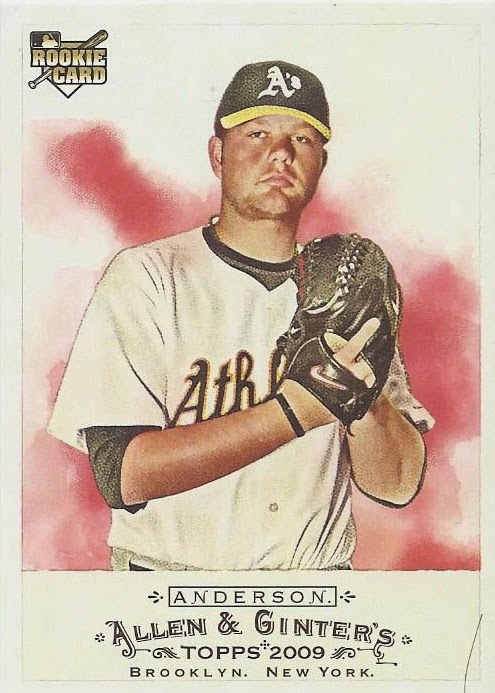 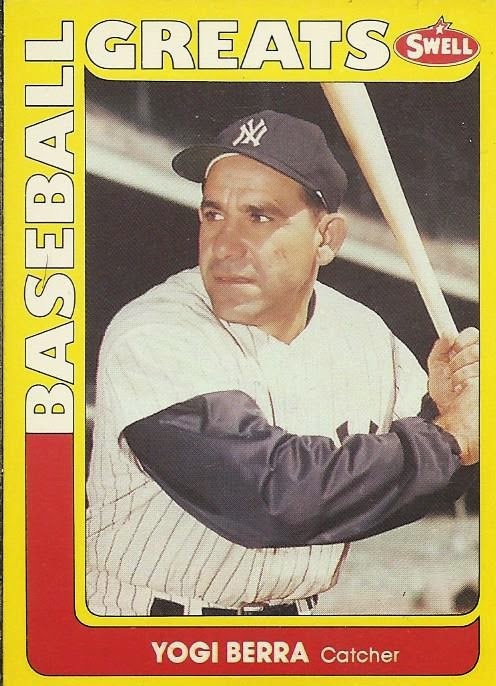 It's a Yankee card, so I should really not be interested in it. But, Yogi is always a hard card to pass on picking up for less than a dime. And I can pretend I grabbed it since he did have a stop with the Mets. 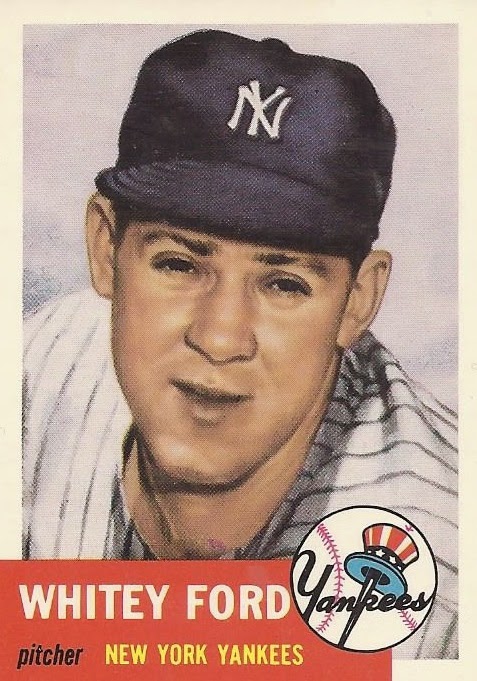 And a completely random reprint! What is it with me picking up Yankees cards that day? 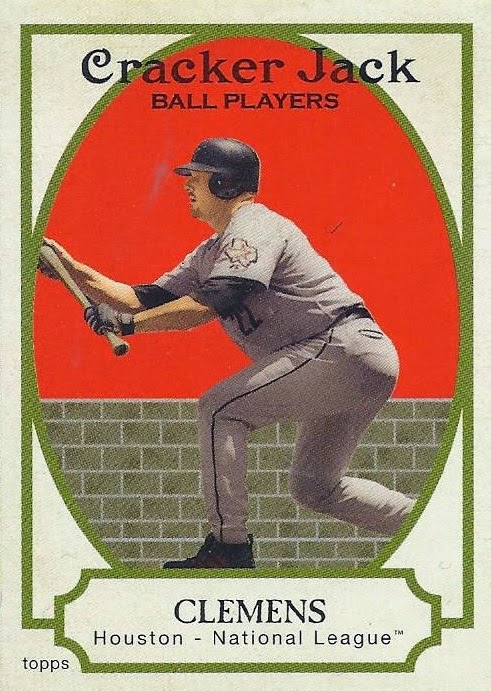 I'm really moving in the indefensible territory now. A picture of a pitcher at the plate, or practicing his bunts, or just posing as if he's bunting. With this background, nobody can really know for sure. 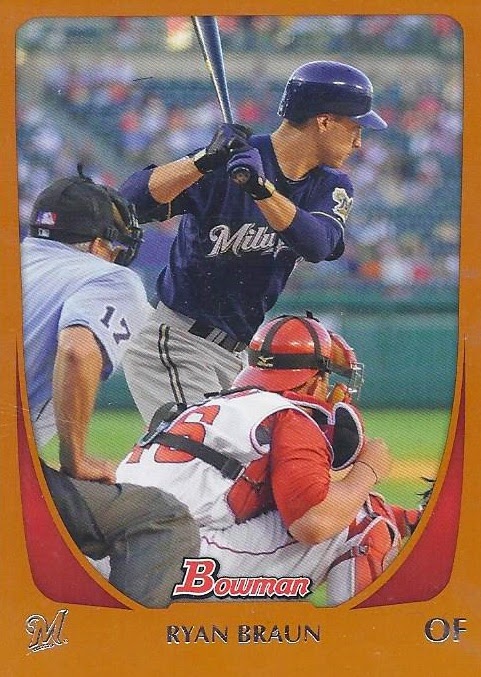 It was numbered to /250, and I wanted to see if this number was required for serial #d insanity. It wasn't. 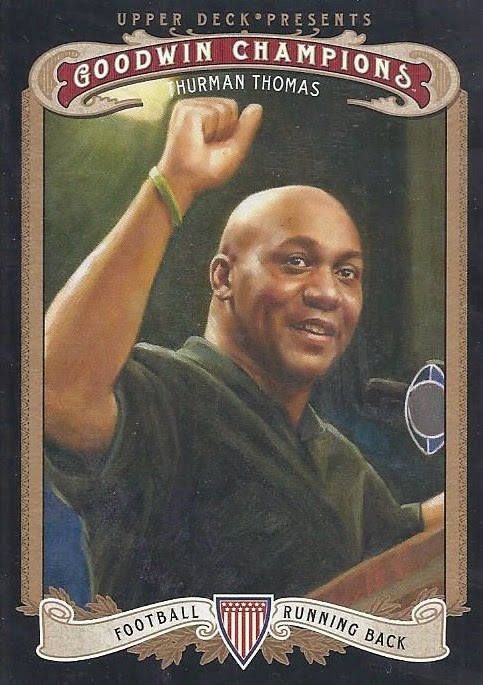 Time to cleanse my palate with a card of one of my favourite Buffalo Bills. Whew. No more Yankees. No more Ryan Braun. No more Roger Clemens. All is right. 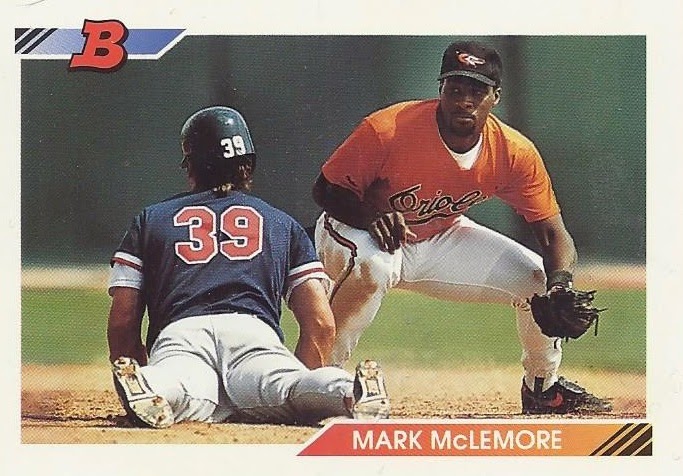 1992 Bowman wasn't just about horrific fashion choices made by draft picks, there were still some interesting cards in the set, such as this interesting view of a play at second. 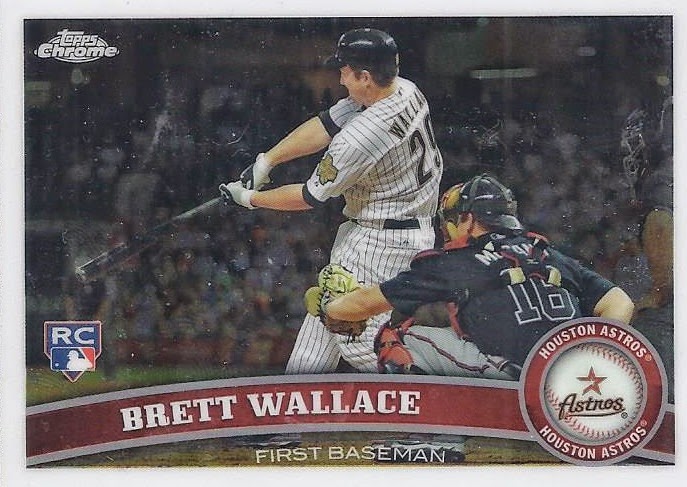 And to wrap things up, here's a nice photo choice that shows the stadium behind the action. I've really started to enjoy cards with this particular view as of late.

Hey, that's 9 cards! Enough to fill a page! Sounds like a good number to wrap up today's post.


Posted by buckstorecards at 10:03