A great package arriving from Greg @ P,tSiA today makes it worthy of a two post day. And it makes me want to keep my eyes peeled for a nice Ducks hit or two at the Expo on Friday, hitting a lot of my PCs. 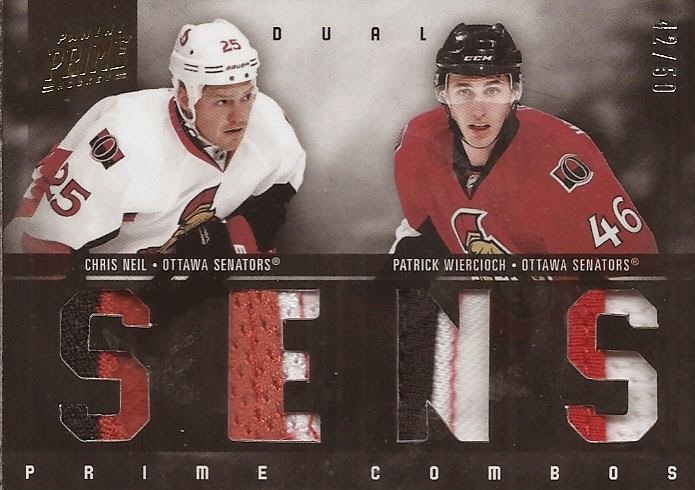 I'll lead with the big gun addition to my Senators collection. A gorgeous dual prime relic from Panini Prime. 2 and 3 colour swatches combined on a gorgeous card. The back of the card provides an interesting contrast of these 2. 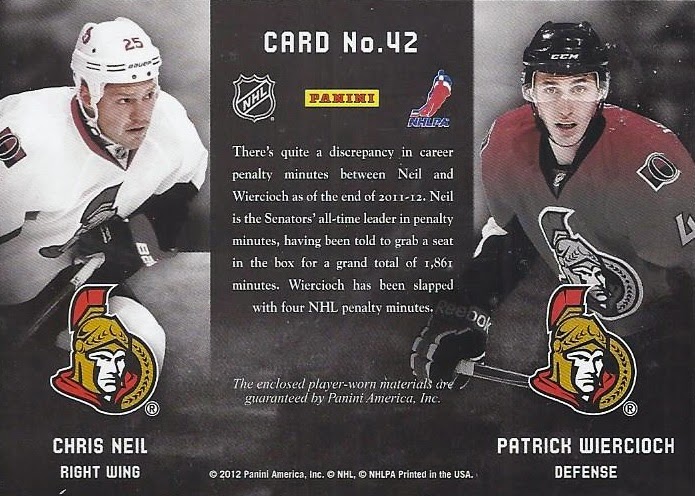 Specifically the contrast in PIM. Patrick has added to him PIM stat a bit, but his 63 still trails Chris' 2216. For the math impaired among us, that's a lot of time in the sin bin. 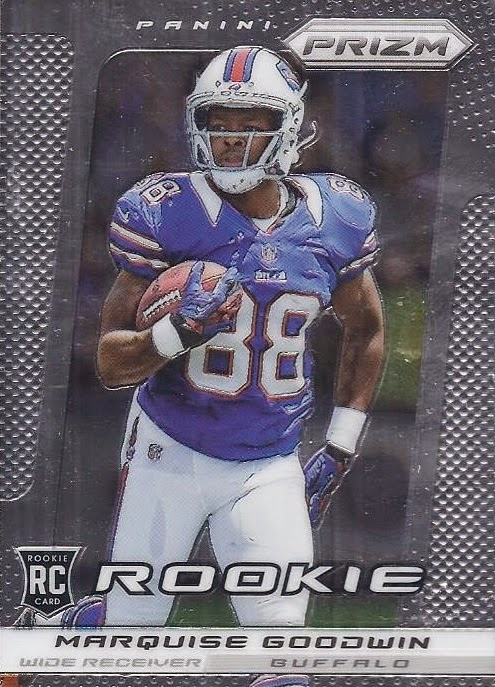 Other PC additions? How about another one of two-sport star Marquise Goodwin. Long jump and football seem like they'd work well together. 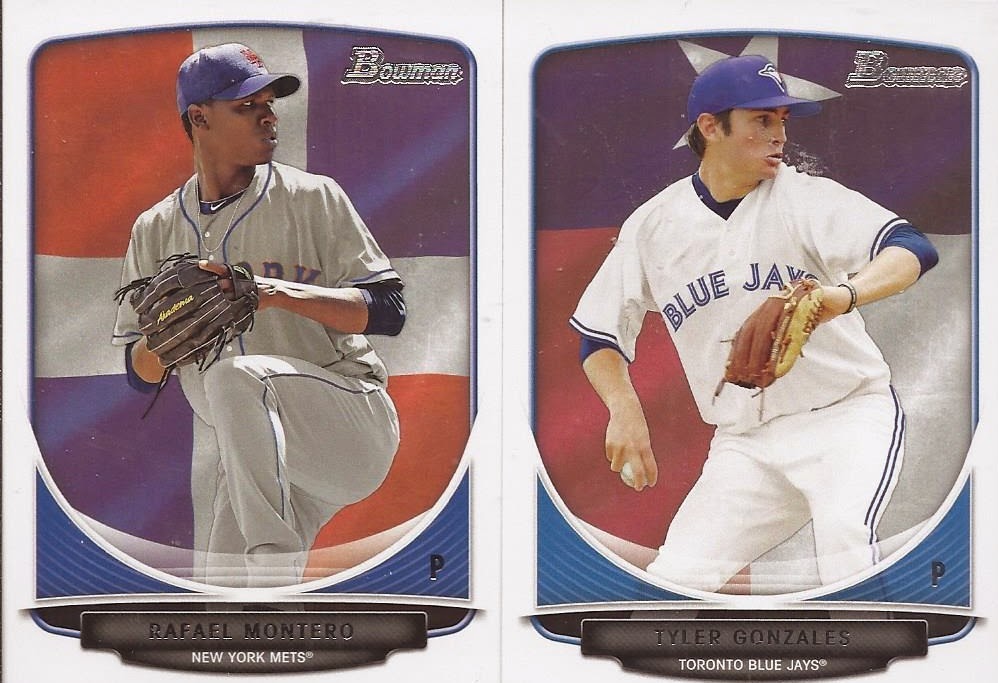 I didn't get any of these parallels in my Bowman purchases, so these are nice additions to my team collection. The Texas flag looks particularly sharp in this format. 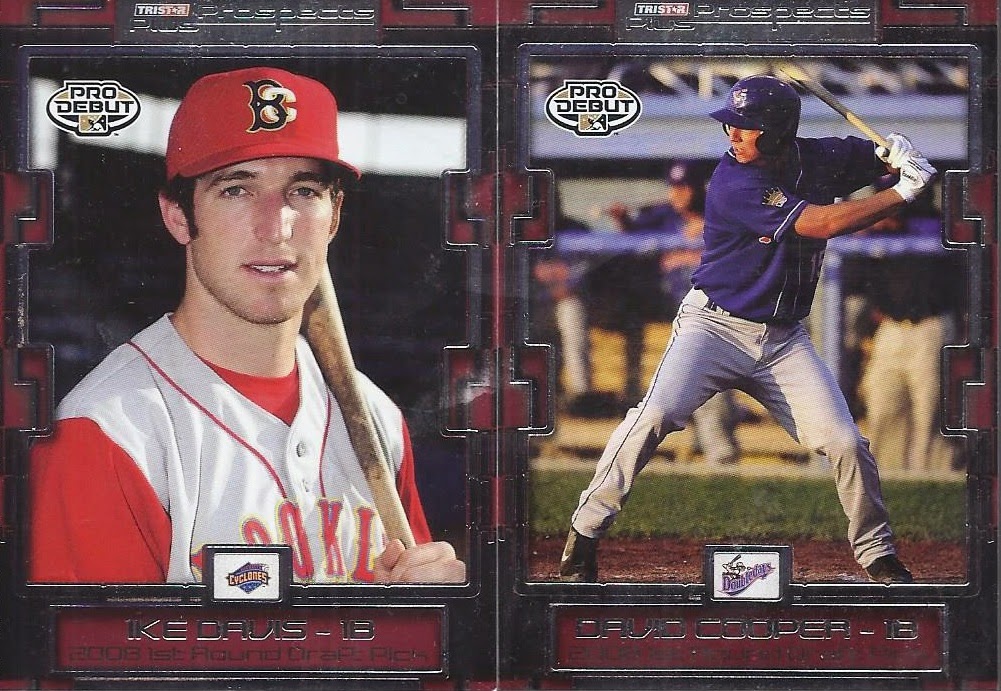 And here are my first two cards from 2008 TRISTAR Prospects Plus in any of my collections. Small as it is, I love the Brooklyn Cyclones logo on the Davis. 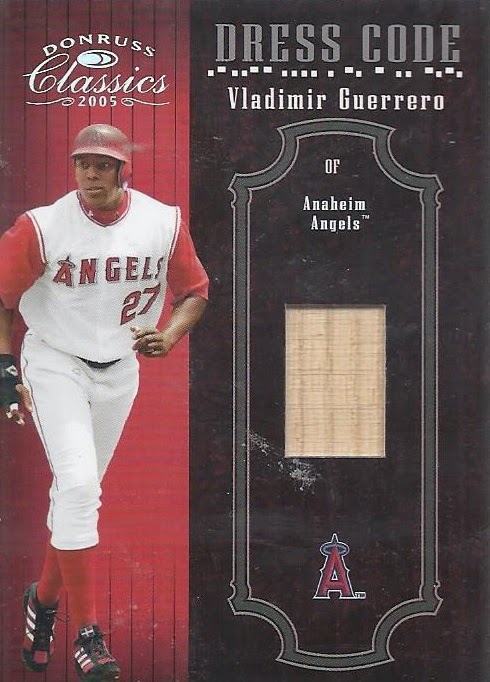 The subset is called Dress Code. The relic is obviously from a bat. I don't even want to know when he wore it. 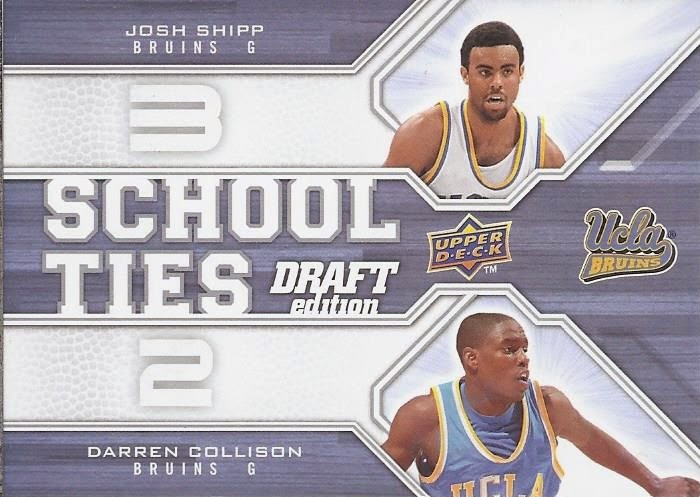 Greg's package hit all 4 major sports. Since he's a UCLA fan, I was surprised to see this card in the package. While Collison is the better player here, I was far more interested in the top half of the card. Josh Shipp may not have reached the NBA, but he's a 2/14 baby. I added an auto of his as my first card of his in the 2/14 binder, and now, here's an insert. That's my 699th card in the binder. 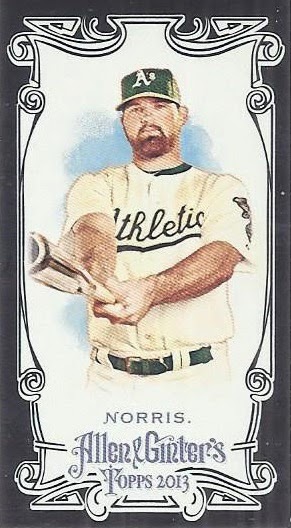 And this mini is #700 for the binder. Quite the milestone! Thanks for putting me at this level, Greg! My goal is to have 800 by year end, and I don't think that is going to be much of a challenge.

Posted by buckstorecards at 17:00