More repack fun. I busted one of those 10 pack repacks. The contents were:

An interesting breakdown. Let's start with all the 2012 products in this post, and then I'll hit the rest tomorrow.

Alex Gordon - It's always nice to start off with a filthy uniform.
Heath Bell
Clay Bucholz - How can a uniform on someone who, for whom every inning he pitched in the majors was in a Red Sox uniform have a card where the uniform looks photoshopped?
Heath Bell
Michael Fiers RC
Zach Walters - Chrome
Michael Crouse - Chrome
Pablo Sandoval - Gold
Jorge Osuna
Anthony Rendon

Oh well, at least the first two were needs for my '12 Bowman base set.

3 cards in a pack - might as well scan all of them. A Blue Jay is a nice start. Apelian had 8 homers in 55 games to start off his pro career, which got him some cards. Unfortunately, he slid to a batting average around 200 in '12, and doesn't appear to have played at all in '13.

Joe Smith
Craig Stammen
Yu Darvish
Carlos Beltran
David Wright - I think this was my only Mets card among the Topps products. 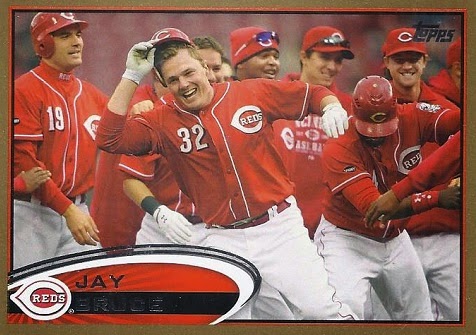 Justin Morneau - WOO-HOO! CanCon!
Drew Pomeranz
Hanley Ramirez
Joey Votto - On Deck Preparation - I hadn't bought too much Opening Day, so I didn't know about this subset. A nice idea, and also another piece of CanCon. This one is my favourite card from these packs.
Casey Mcgehee
Jeff Niemann
Albert Pujols 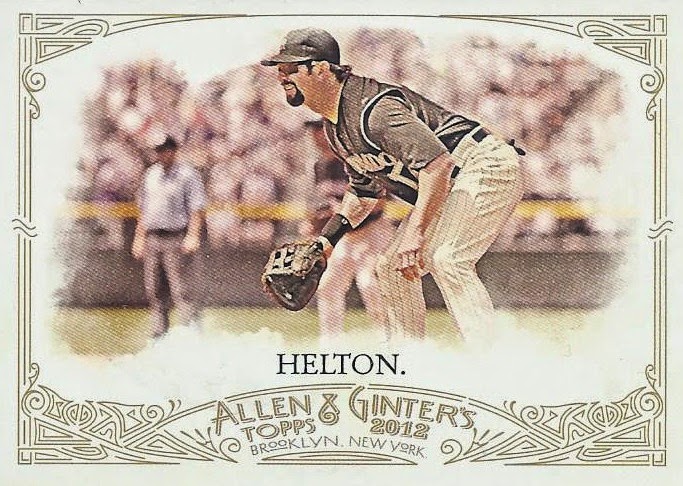 Todd Helton - What a beautiful horizontal card.
Adam Lind
Kirk Herbstreit - Ginter Back Mini - I had no idea who this was, and being a Ginter back made it so I had to google it. 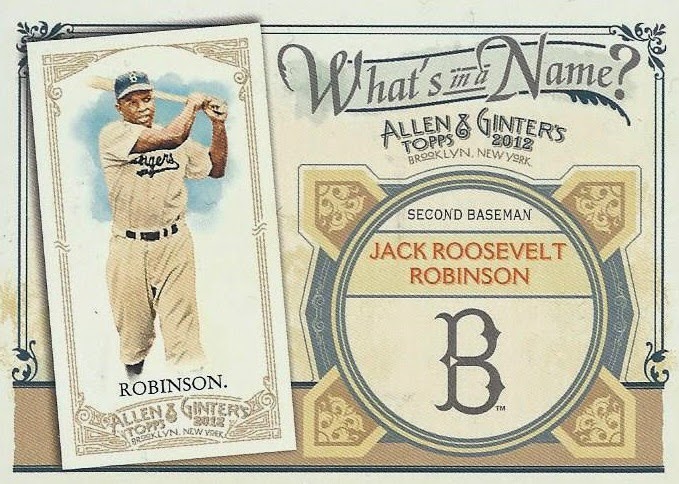 Jackie Roosevelt Robinson - What's In a Name? - Much like the Clemente, Robinson is always someone who it is nice to pull a card of. Even if both of them make a lot of appearances in modern products.
Carlos Santana 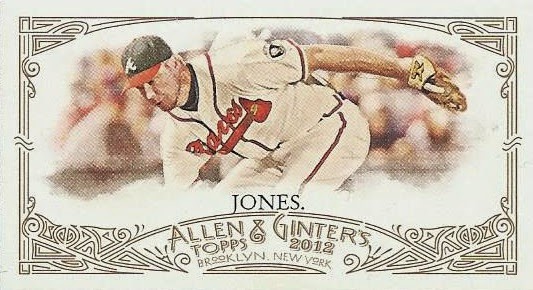 Edit: It looks like blogger ate all of my solo vertical scans. Oops.
Posted by buckstorecards at 13:13