Hey! The big dance goes tonight in New Orleans with Wrestlemania 30. What a perfect excuse to pick up a rack pack of 2014 WWE at Target!

And my first card from this rack pack is: 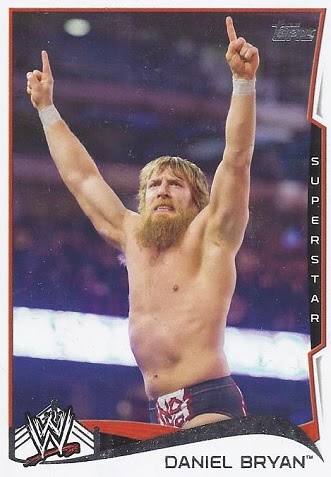 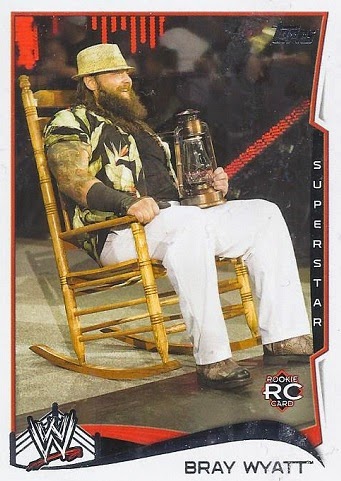 Bray Wyatt RC - Why is this considered an RC when there are cards of Husky Harris out there? 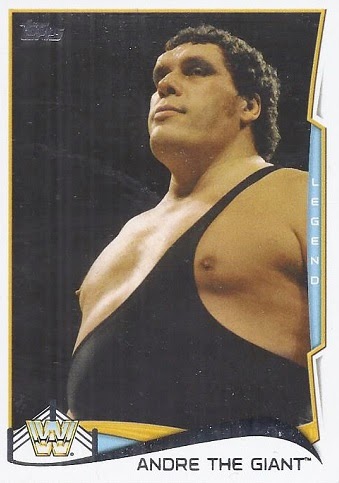 Andre The Giant - A nice look at the legends portion of the set, which comprise the last 15 cards of the 110 card set.
The Great Khali 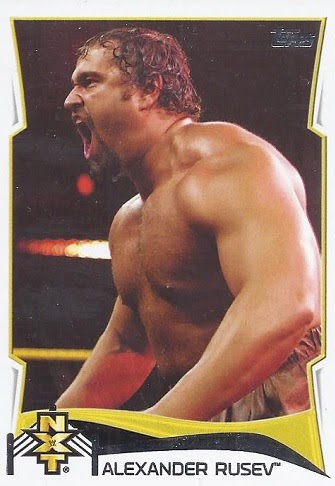 Alexander Rusev - NXT prospect cards are from a 20 card subset. I think they fall in these at 1:3 ratio. Assuming wrestling fans are unable to tell the difference between Bulgaria and Russia, he should get some good heat for his in-ring debut. 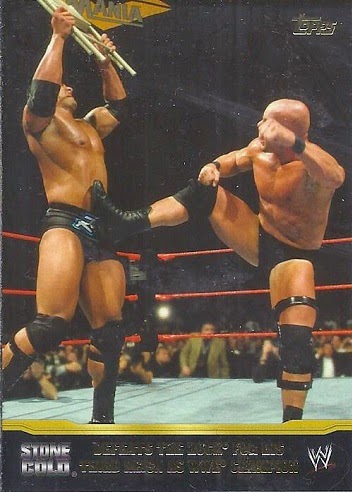 Steve Austin defeats The Rock for his 3rd reign as WWE Champion - This is another subset, a 10 card set that covers Stone Cold's career.
Santino Marella
R-Truth
Kofi Kingston 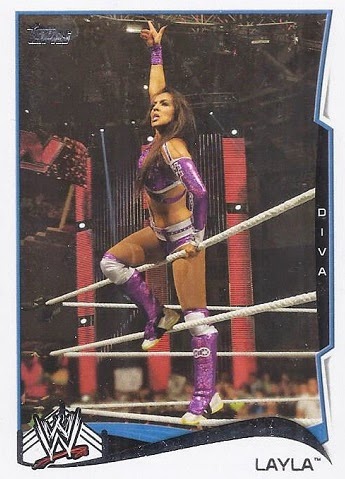 Layla - The Divas have slightly separate designs, just like the legends, although these are distributed throughout the main set. I'm not sure why there are separate red and blue borders, since there really isn't a separate roster for RAW and Smackdown any more.
Cameron
Titus O'Neil Eva Marie - Now I believe the RC is accurate on her card.
Road Dogg 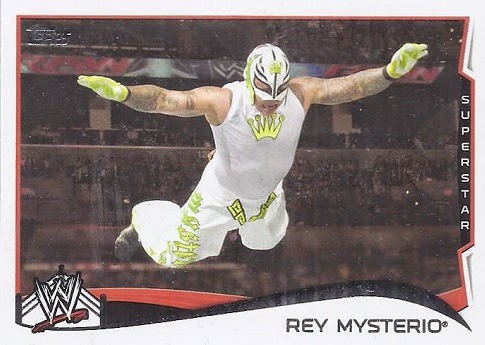 Rey Misterio - Much like with flagship baseball, there are some horizontal cards in this set as well. 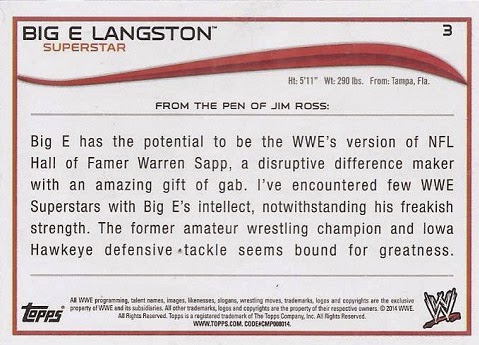 Big E. Langston - Here are what the backs look like. I was wondering if these cards really were written by Jim Ross, but since this one does mention Langston's football background, I guess it was legit. 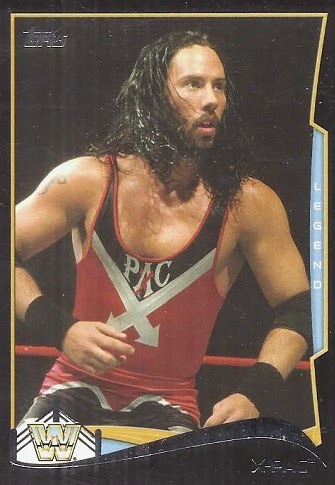 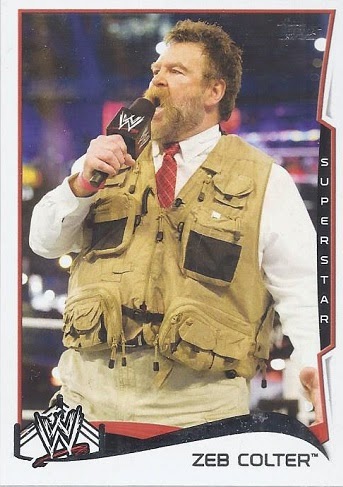 Zeb Colter - Given that Zeb wasn't around for the release of last year's set, I'm amazed they don't have the RC designation on his card. 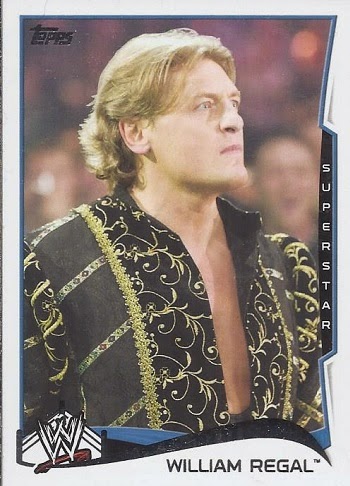 William Regal - I'm happy he's considered a Superstar instead of a legend.
Sheamus

And there we go with another pack break.
Posted by buckstorecards at 07:47