My love for repacks has had me busting some football stuff lately. I've picked up a 10 pack repack, and a 3 pack + a hit repack. I'll start with the former, which contained these packs.

I didn't really know how to break this up logically and to keep the # of cards in each post relatively uniform. I eventually decided to leave the Upper Deck stuff until tomorrow, and hit the other 6 packs today. The piles were close enough, so here we go, chronologically. 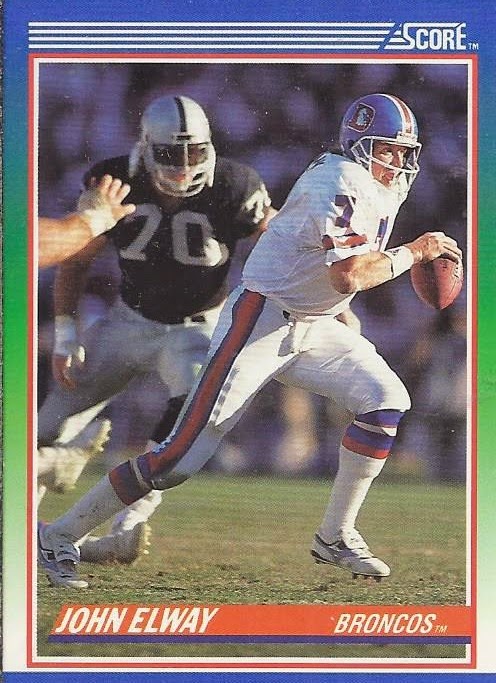 John Elway - A good start. I know this stuff is overproduced out the wazoo, but it is always nice to get a marquee player to start.
Mike Johnson
Bobby Hebert 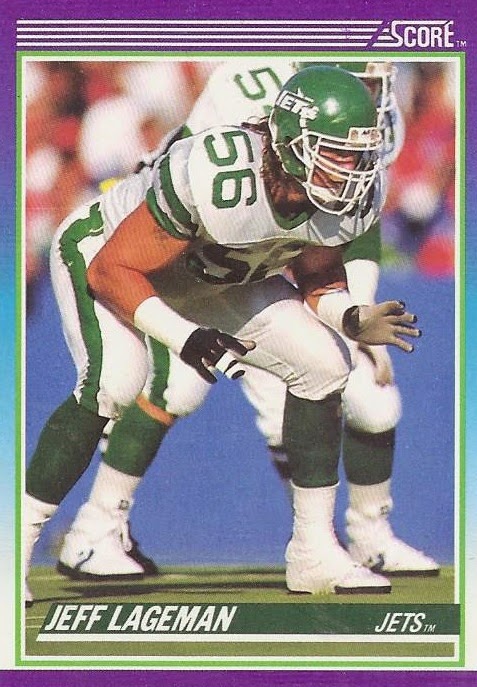 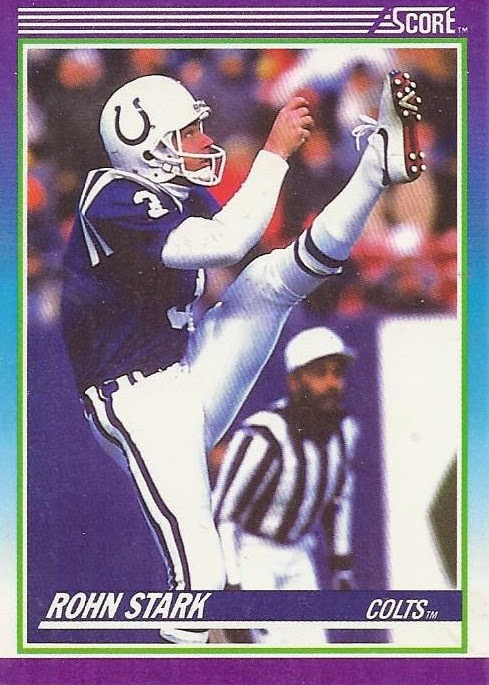 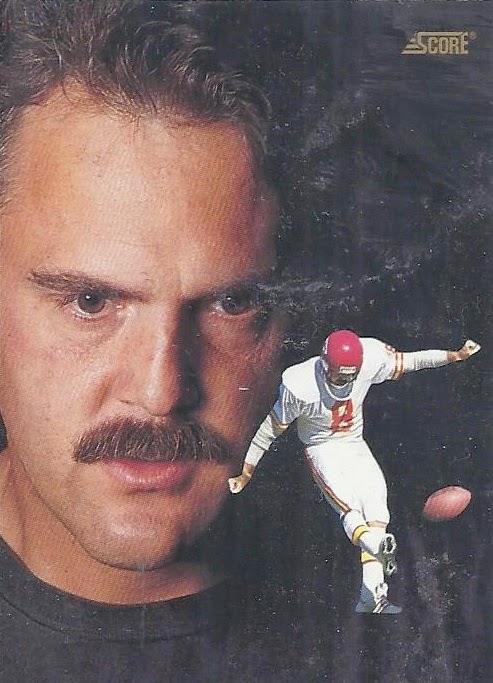 Nick Lowery - Dream Team - Back when kickers were even featured in subsets.
Cedric Mack
Drew Hill 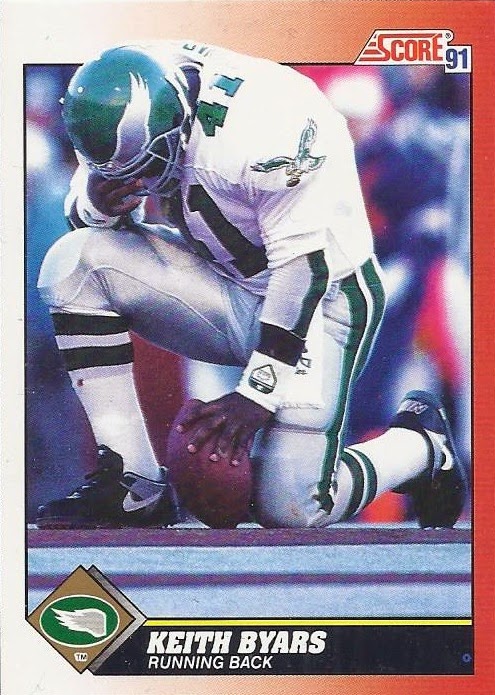 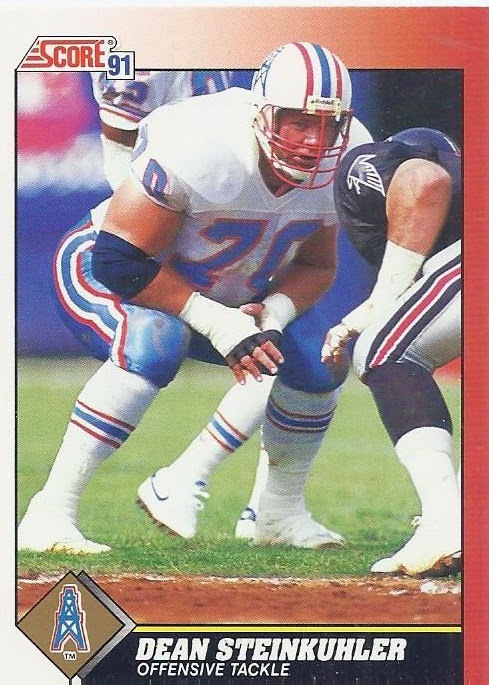 Dean Steinkuhler - My second favourite name in this pack. 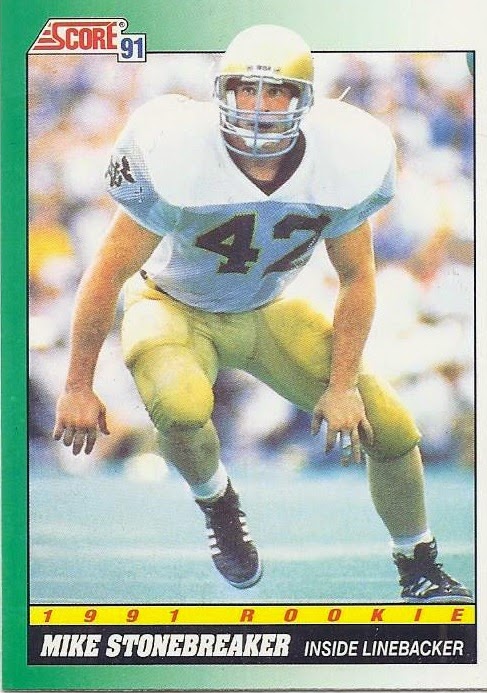 Mike Stonebreaker - Steinkuhler might be a great last name, but it pales to Stonebreaker. 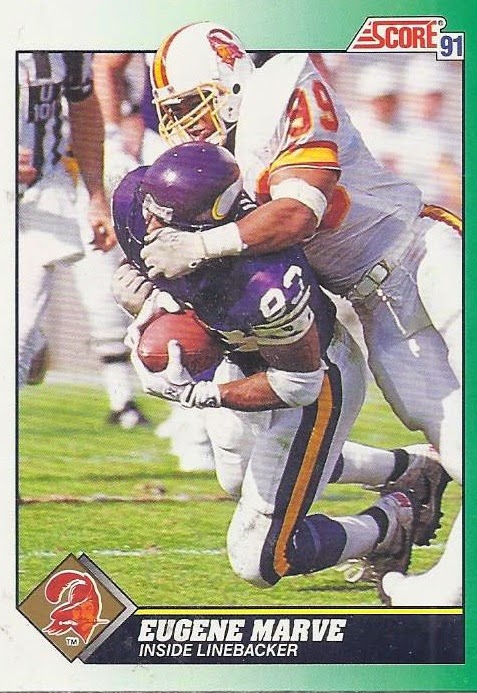 Eugene Marve - Although it captures a potential face mask penalty, it is still my favourite picture in this pack. I'm surprised there were so many keeper cards in '91 Score.
Ronnie Harmon
Max Montoya
Ricky Sanders

Now, a big jump to 2006 with Topps Total. With the name, I imagined getting lots of special teams guys. 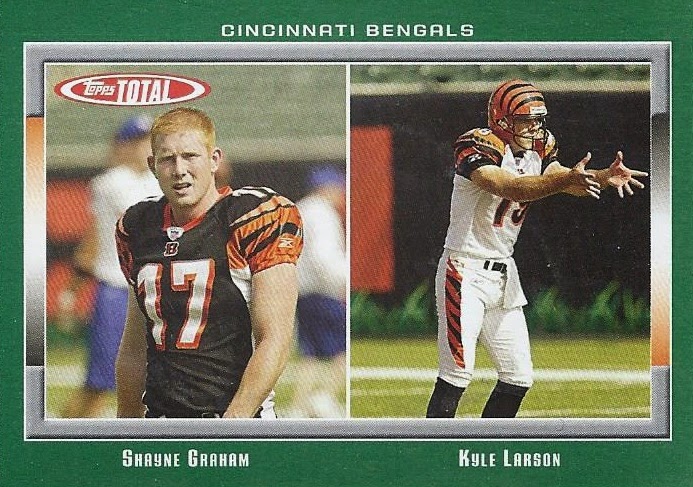 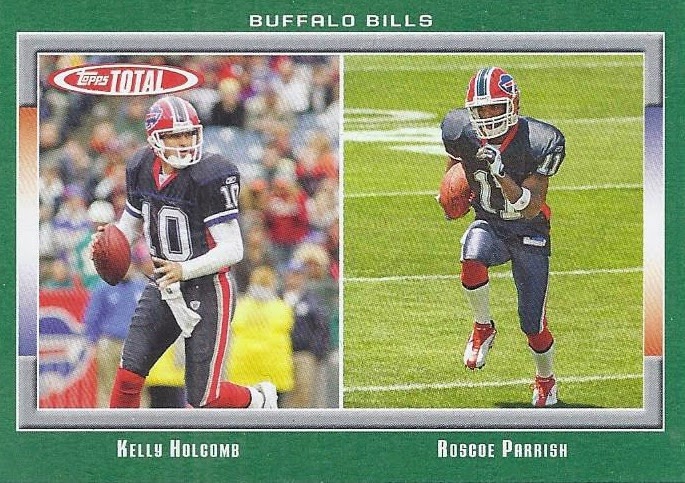 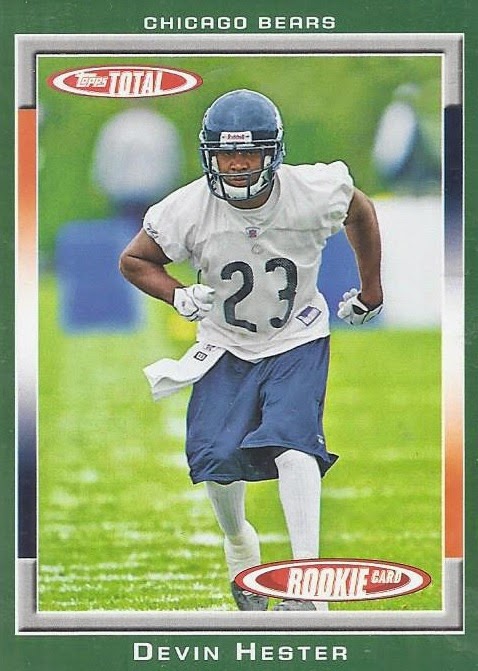 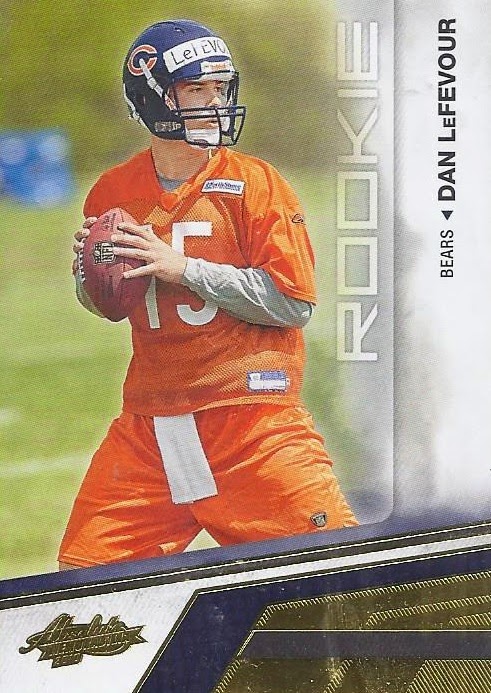 Dan LeFevour RC /299 - Actually, a great pull for me. Dan's currently playing for my fave CFL team in Hamilton, and has been solid in short yardage situations with a QB sneak. About as close to a hit in this repack. 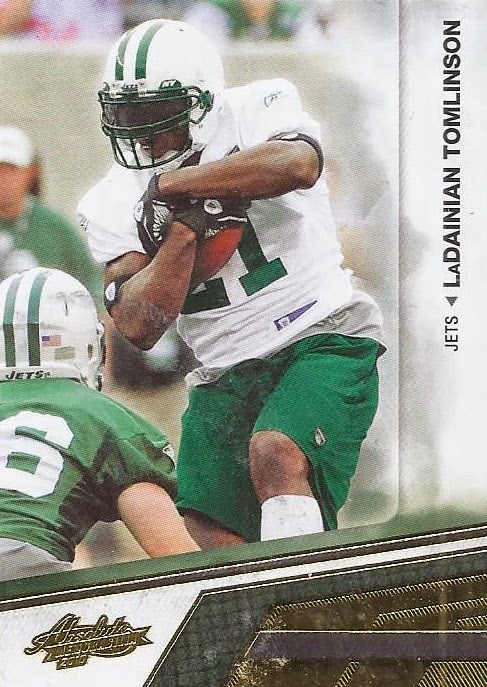 LaDainian Tomlinson - It says a lot about a pack that my favourite photo in is from the team's practice. Nothing good, though.
Ray Rice
Brandon Marshall
Miles Austin 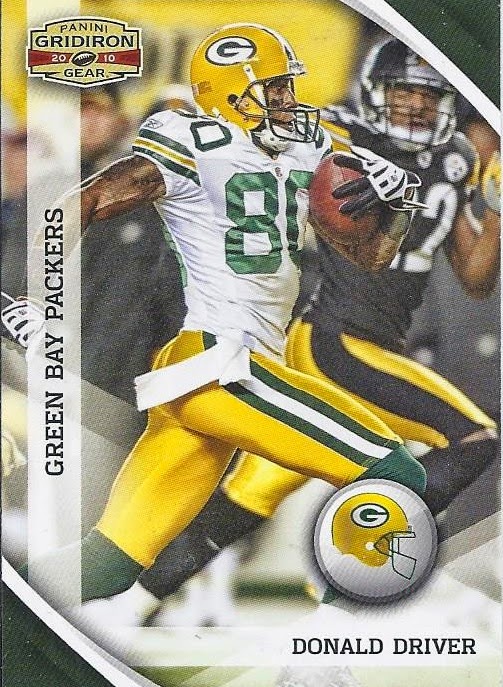 Donald Driver - This pack started with an outstanding sprinting photo. I decided to look up to see if he did go all the way on this, but he didn't pick up a TD vs the Steelers. But he did get a 49 yard reception, so I'm guessing that's what this is.
Ray Lewis
Aaron Rodgers
Devery Henderson
Mohamed Massaquoi
Brett Favre
Joe Haden RC
Braylon Edwards - Reserved for my next package to TMM.
Vince Young 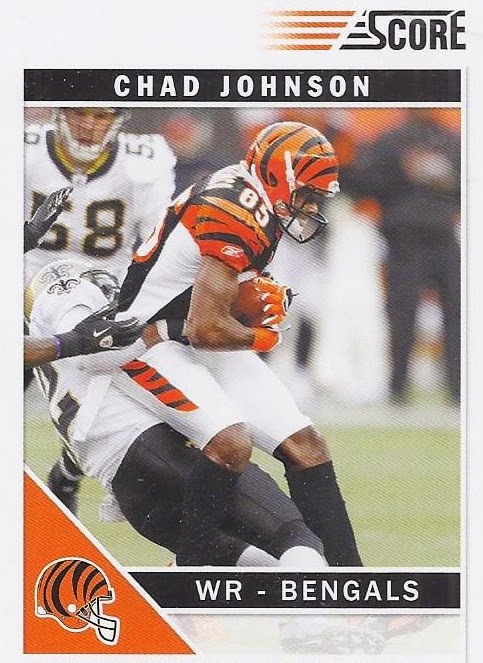 Chad Johnson - Who is trying out for the CFL Alouettes this season. I so want a Quatre-Vingts Cinq jersey.
Tom Brady - Again, it is for TMM.
Cortland Finnegan
Dwayne Bowe 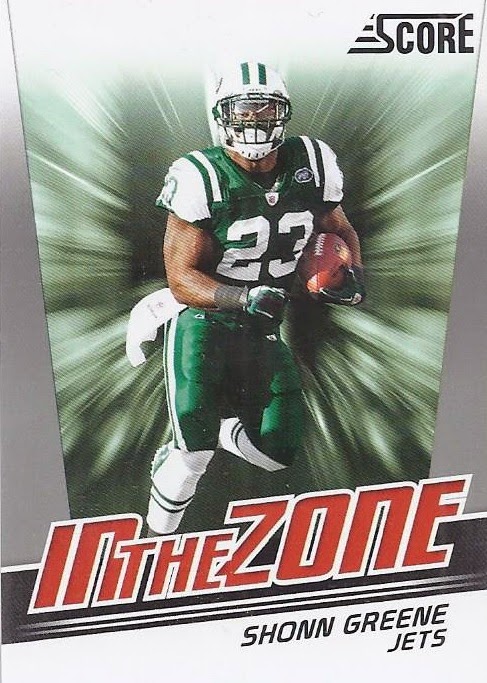 Almost 70 cards. 1 Buffalo Bills card in the whole lot. But, plenty of keepers as well for the misc. football binder. Mainly from the Topps Total for the oddball factor. The Bills ratio really doesn't get too much better in the second part of the break, but at least there will be some great photos.
Posted by buckstorecards at 12:08