I knew I wouldn't be able to resist. I knew I would have to pick up one of those 20 hockey pack and a hit repacks. And I did. Although nothing spectacular came out, I did get a nice variety of sets covered.

That's 13 different sets in it, and there were actually 21 different packs, albeit nothing too high end. I can probably get 4 posts out of this box prior to the expo.

So, to start. I'll cover the Victory packs. And the hit. 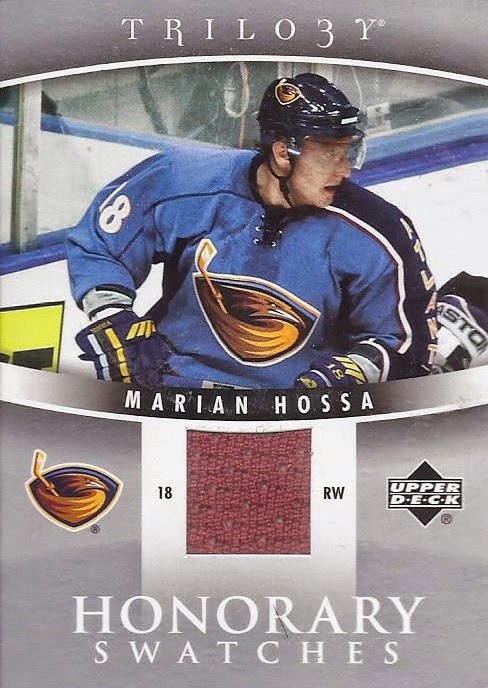 Not too bad. It is a colour I don't have in my hits album. And it is of a guy who is still in the league. And it a former Senator. Always nice.

And now, on to the packs. 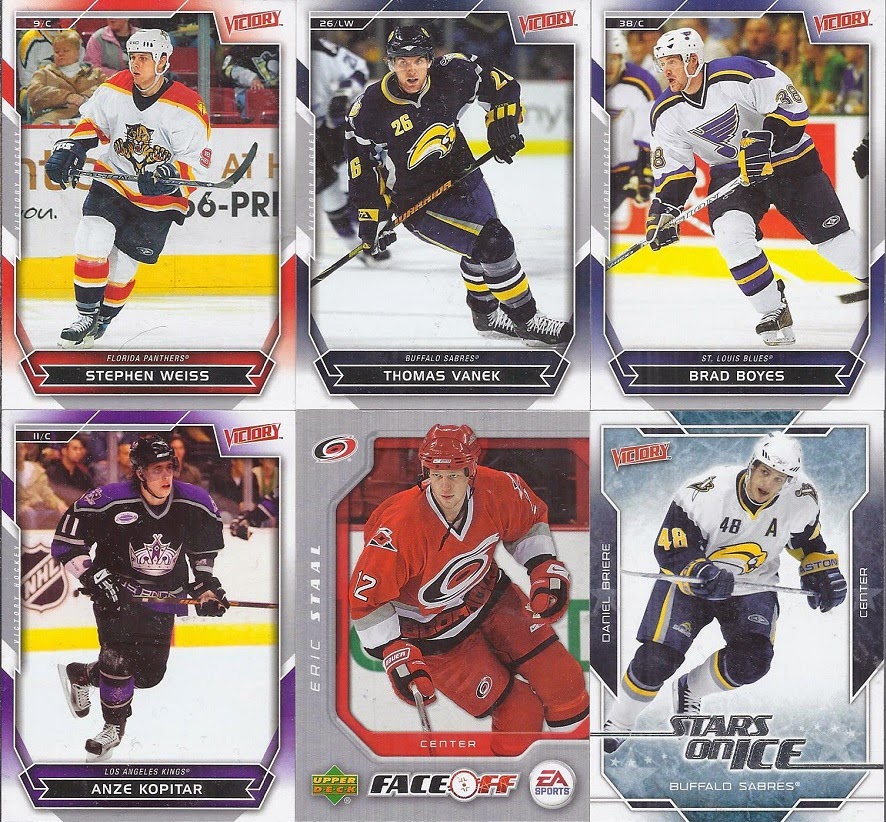 Two inserts in one pack of 6? The set builder in me really doesn't like those odds. Especially when one seems to exist only to promote another product. And doesn't something about that Kopitar look a little blurry? 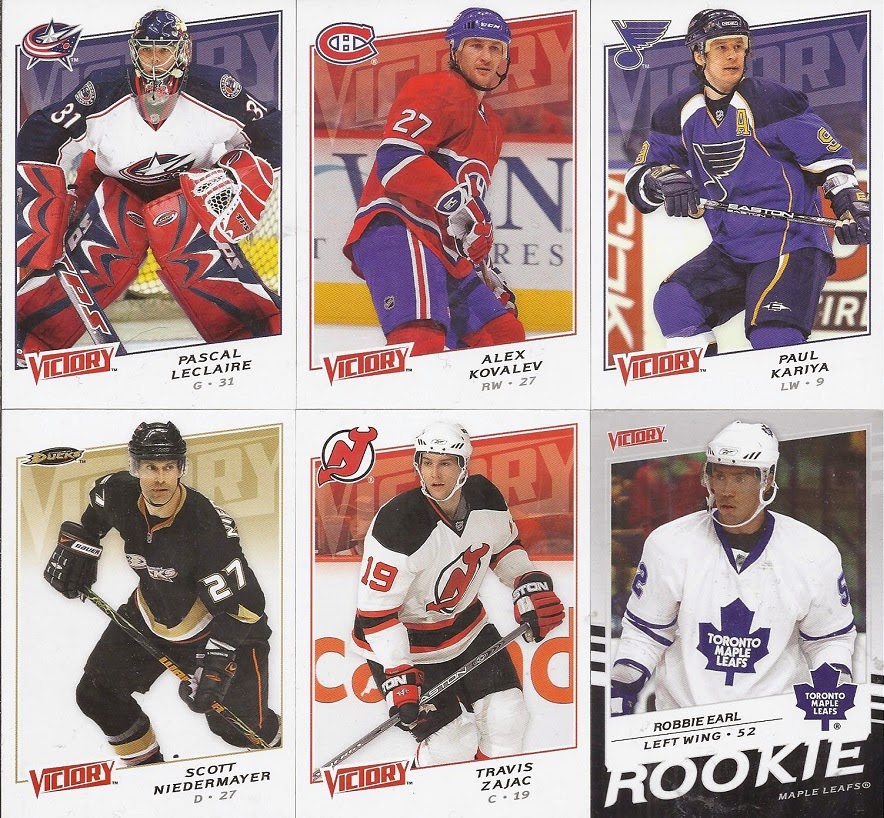 Despite several seasons there, I still can't think of a member of the Blues. Or anything but a member of the Ducks, to be more accuarate. Robbie Earl only spent another half season in the NHL, and has been playing in Switzerland the past few years. 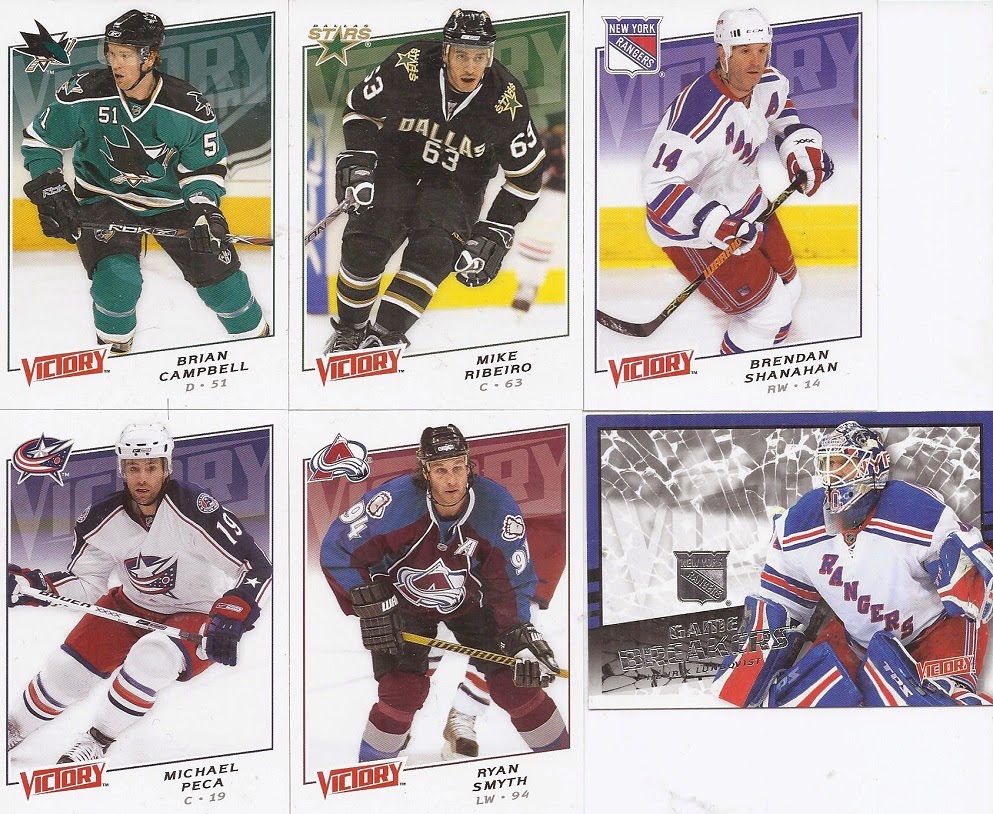 I've said in the past that the Sharks colours work really nicely with this set design. The Leclaire in the earlier pack was a dupe, so Lundqvist is the first mask binder card in this repack box break. 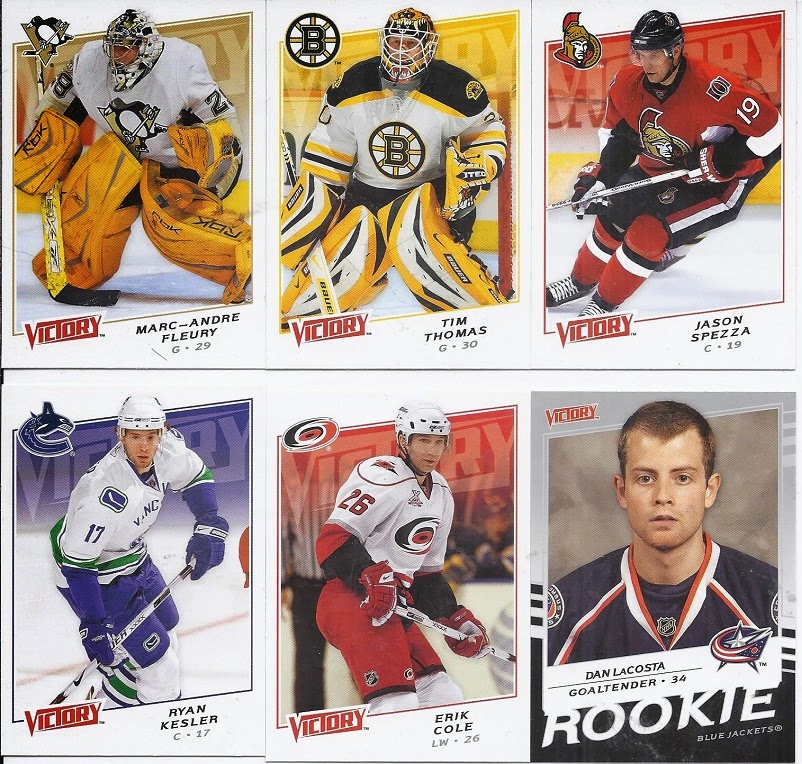 I'm not sure which card of the first 3 I have more dupes of. Probably the Spezza. LaCosta plaed in 4 total NHL games, before heading off to play Canadian University hockey in New Brunswick. He played last season in Cardiff. 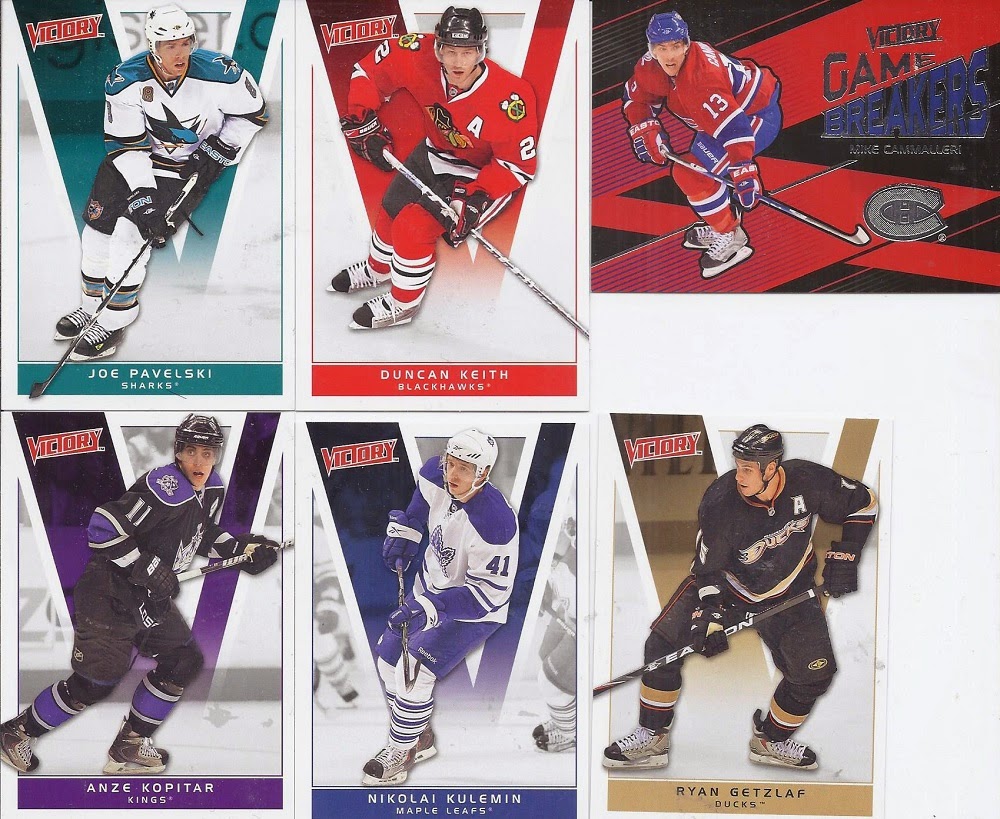 At least I know someone that will give that Cammallleri a good home.

Not the most spectacular start, but things have to get better.
Posted by buckstorecards at 13:25