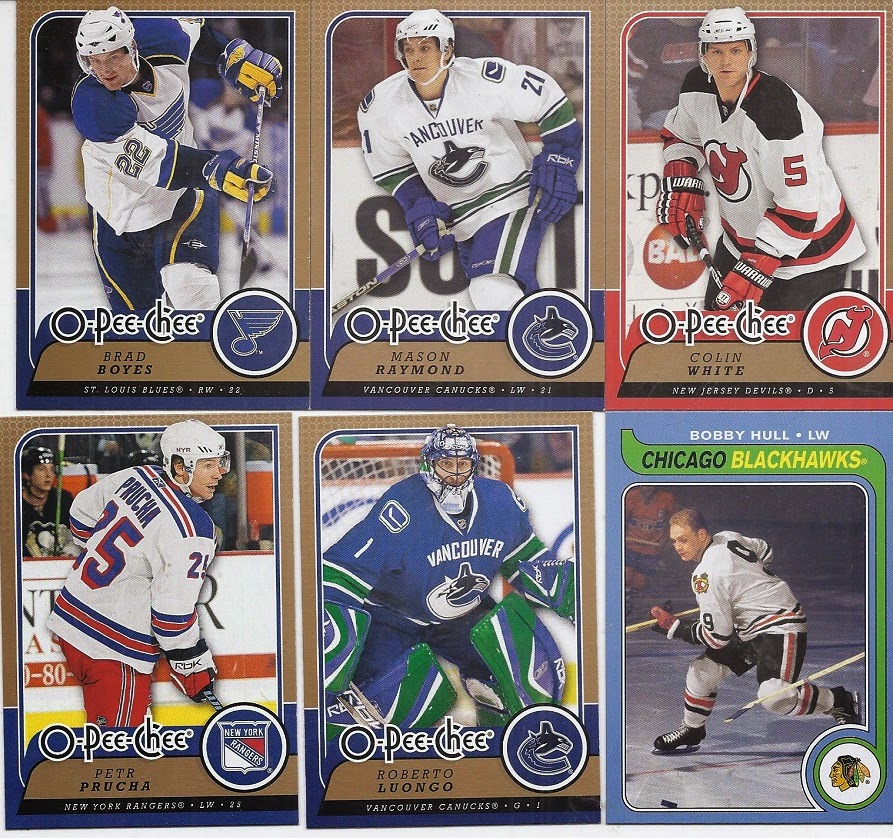 A nice start with this pack. The Luongo card for the mask binder is nice, but that retro Hull is spectacular. While I don't like the set enough to go all out like Shoebox Legends did to complete the set, I do plan to hunt for specific cards from the retired portion of the set. My favourite is the Scotty Bowman, which I already have, but the Lanny McDonald will very likely be the next card on my top 10 list. 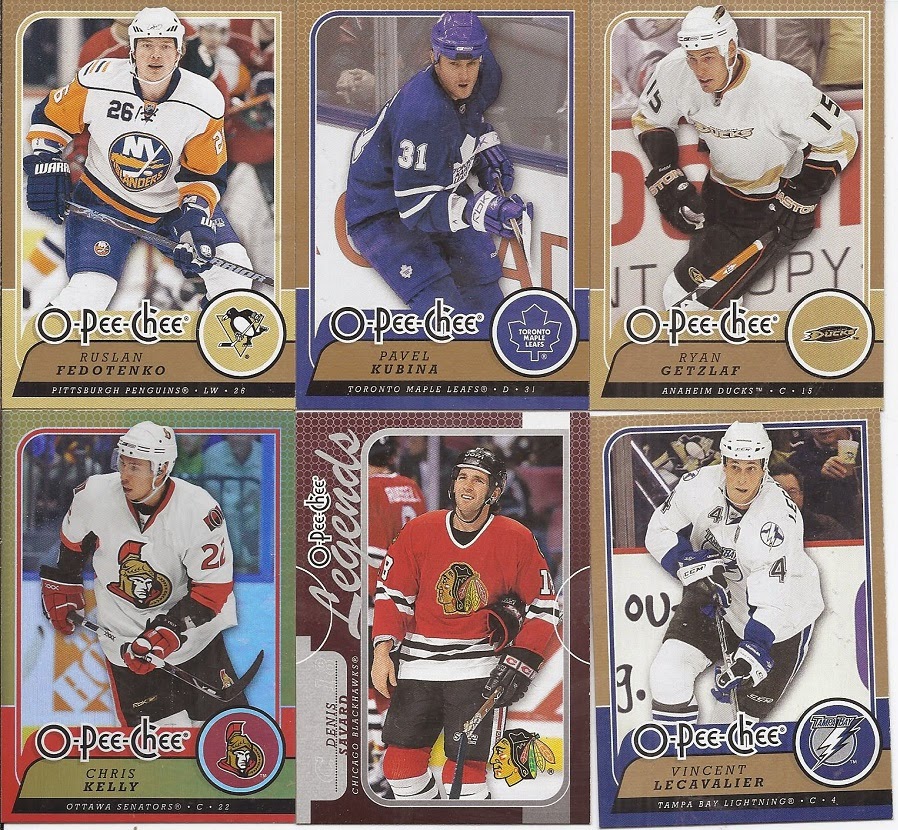 A shiny Senator! WOO-HOO! Although not the parallel, the Savard is still a nice addition to my msic binders. 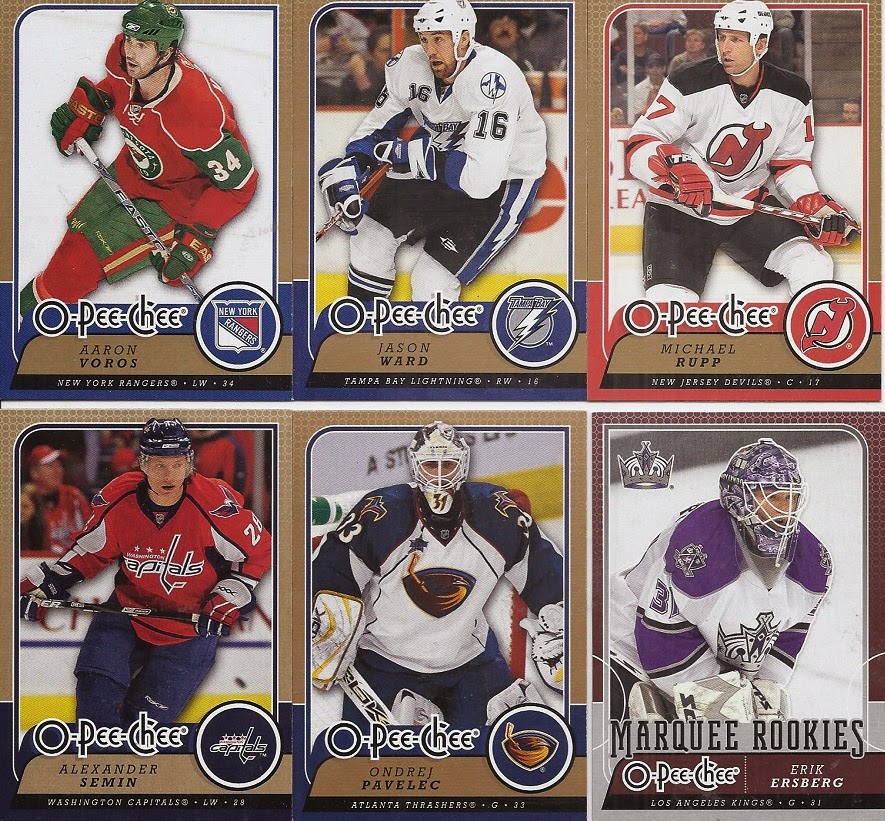 I'd actually picked up a pair of Erik Ersberg cards from various sources for the mask binder, but those were other cards. This one actually features the other side of his mask than what is shown on the others, so that's kinda of a completed rainbow. 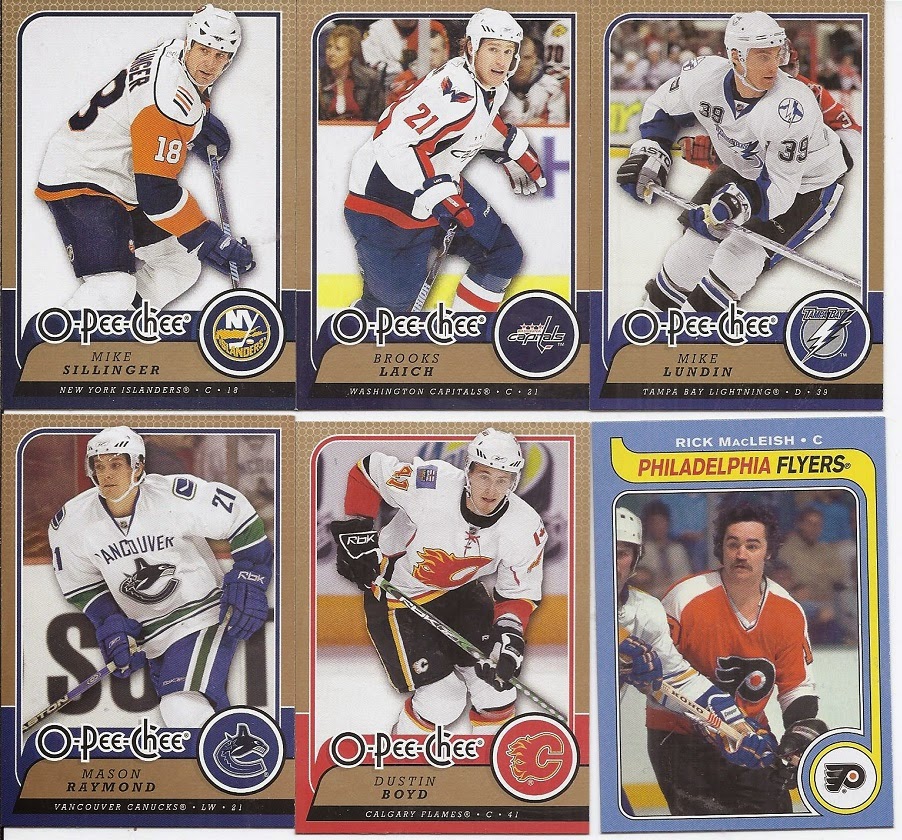 OPC really doesn't have eye-popping base photos, but I do kinga like the Lundin card where he's turning up ice with someone in pursuit. And there's another retired player on the retro card, and it is of someone who it is somewhat surprising to see as part of a 30+ card subset. Great sleazy mustache as well. That photo just screams out 70's.

Another Senator. The retro parallels of the rookies don't really come anywhere close to as spectacular as their retiree counterparts. 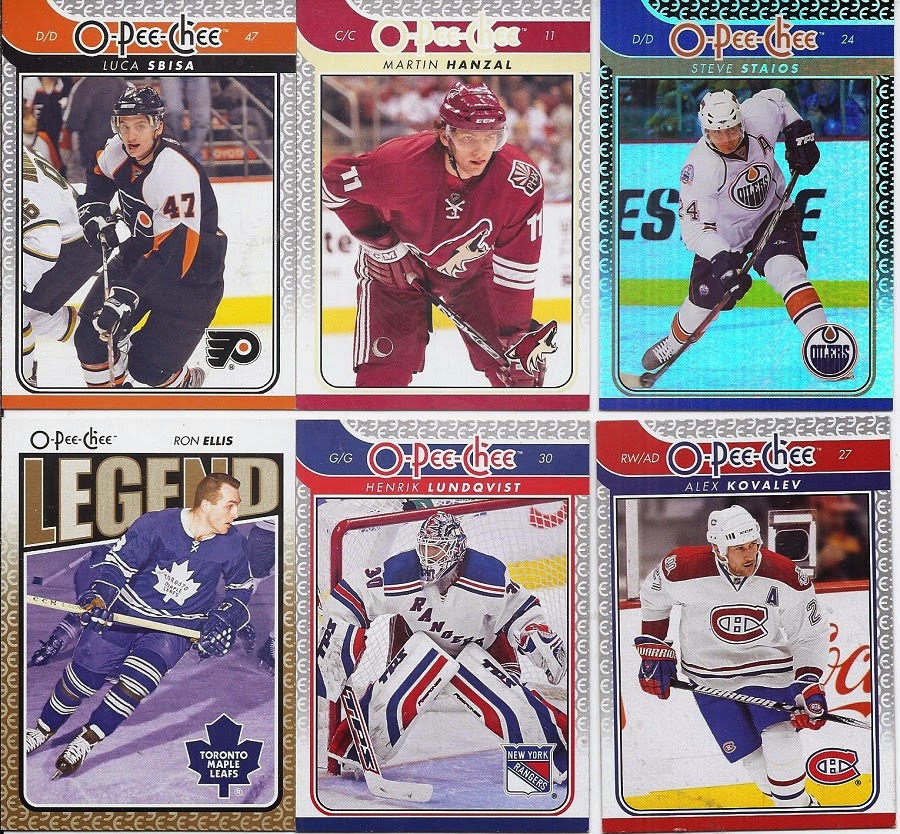 And here's the only other pack of OPC in there. More shiny!

So, 5 more packs to go. One rack pack of Fleer Ultra along with some Score and Upper Deck flagship.
Posted by buckstorecards at 09:41