Now, some of the highlights of the non-goalie portion of the flea market repack. 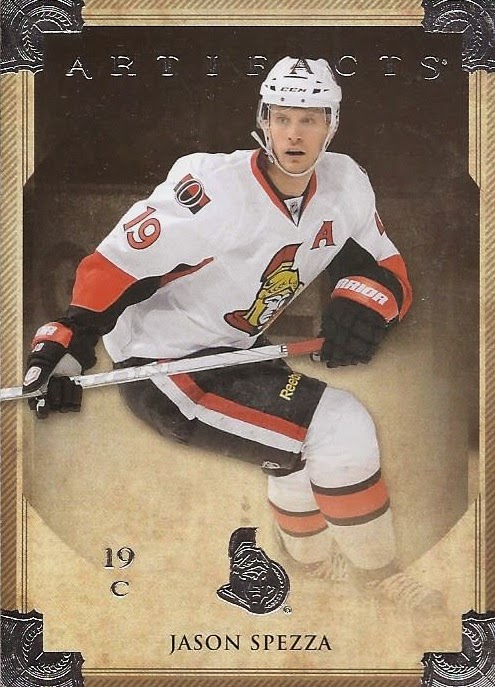 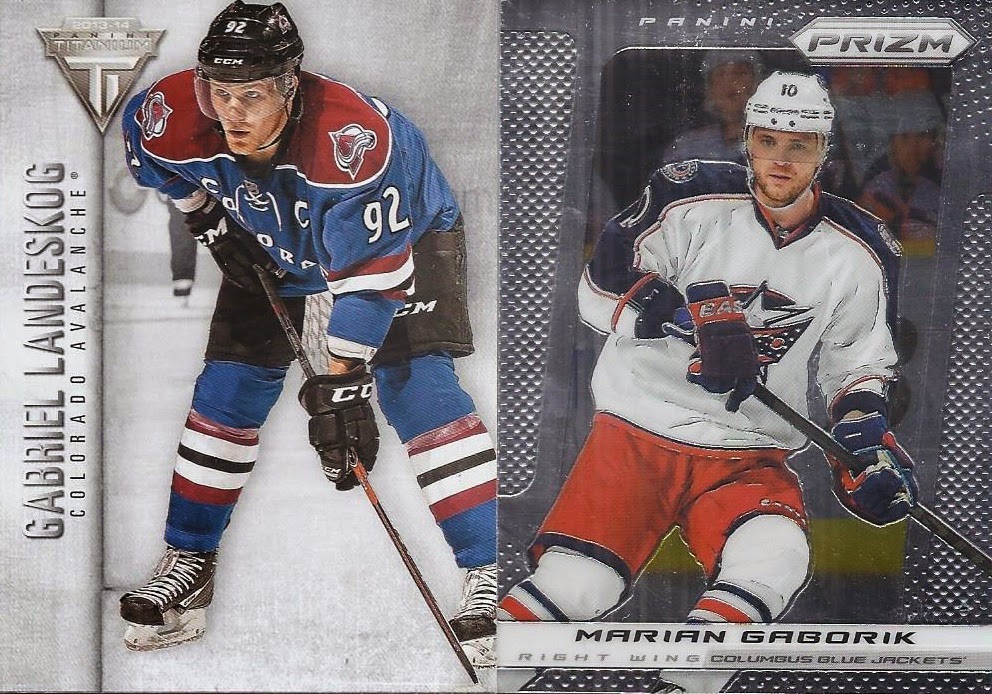 Within the middle of the pack, I came across a pair of cards for a couple of my PCs. A new Gaborik card for the 2-14 collection, and a new Landeskog for my Rangers alum collection. 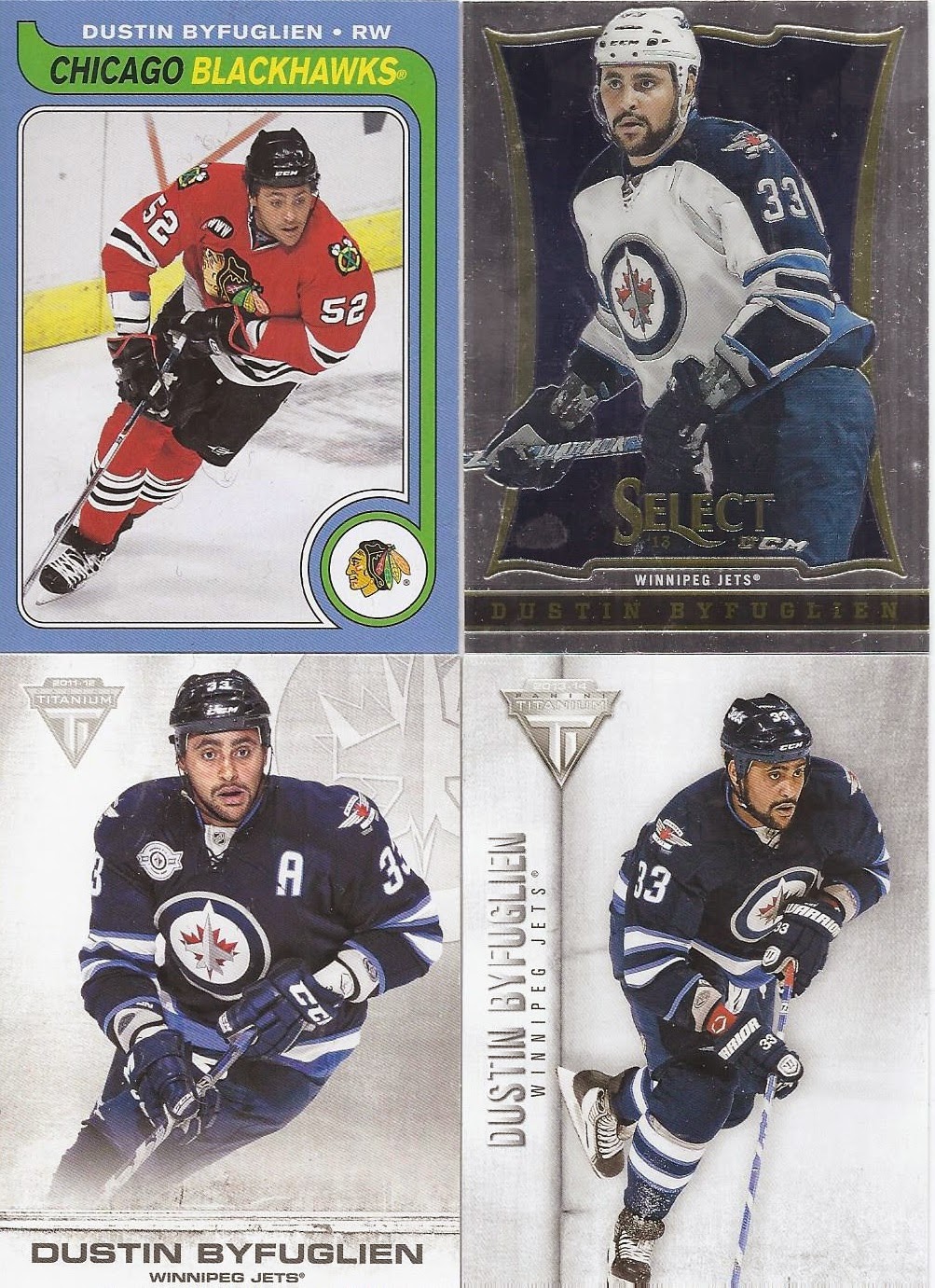 However, perhaps I should consider starting a Dustin Byfuglien (Ebullient is a suggested spelling correction on his last name, FWIW) collection. There were 4 of his cards in this repack. The easy winner is the 79 retro.

Here is some more retro content in terms of the players represented. The Bobby Clarke features a spectacular photo with everything a picture of a hockey player should have. Missing teeth and a long flowing mop of a mullet. It is all spectacular, but how can I vote against a card featuring someone from the Quebec Bulldogs? They're only represented on a few pieces of cardboard - so any appearances of them are welcome. It wasn't just my favourite retro card - it was my favourite in the whole repack. 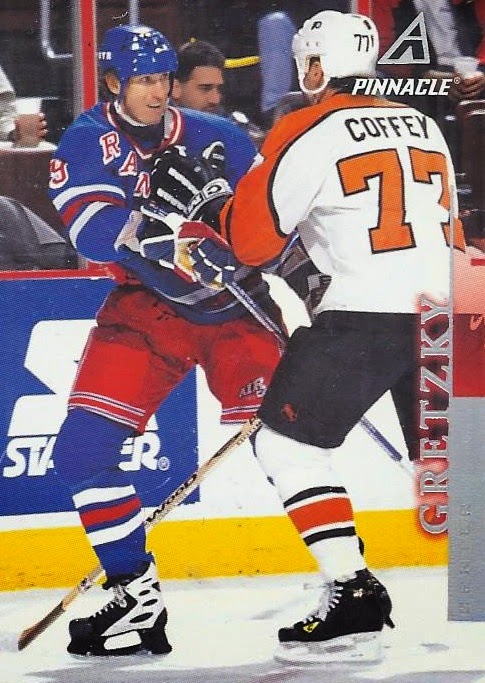 There's always a Gretzky or similar superstar in one of these repacks. Here's this repack's card in question. It's an interesting photo as he meets up with one of his old teammates on the ice, with both clad in uniforms that you really don't think of first (or probably even second) as having been sported by them. 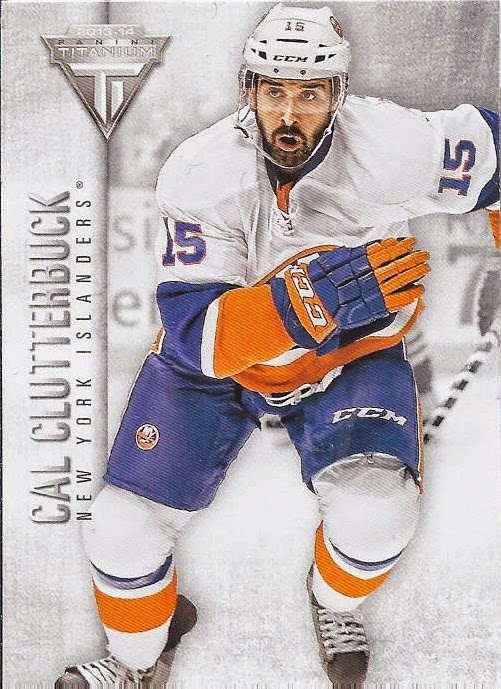 When you're working a 100 card base set, Cal Clutterbuck is not the player you'd imagine as being a part of it. 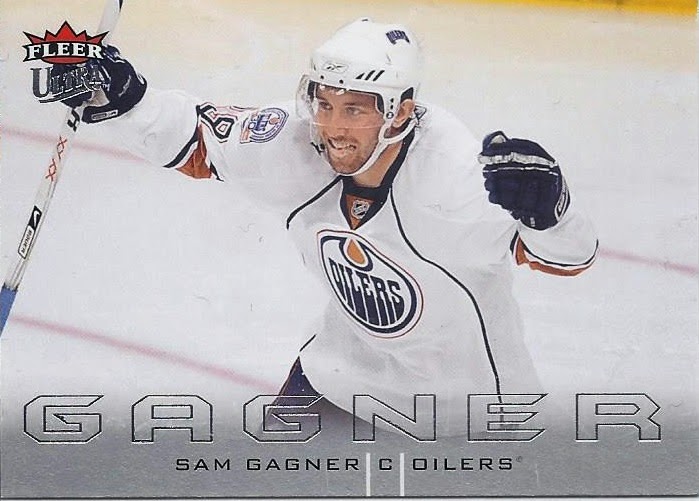 My favourite in game photo goes to this nice celbration shot from Ultra.

And to wrap it up my favourites from the rest, here's a nice rookie card from a future Senator. As bad as this season has been for Ottawa, Kyle's leading the team in +/- with a +21. It's a nice rookie to add to my binders.

So, that's it for a flea market repack. Tomorrow, depending on your viewpoint, I'll show either the best thing or the worst thing imaginable about unlicensed sets.
Posted by buckstorecards at 16:22