I did another group break with mojobreak, grabbing the Blue Jays in case break of 2014 GQ. I didn't do badly at all, picking up a lot of nice cards for my Jays collection. While I did pick up a pair of hits, where I really was pleased with the cards came with the minis.

The Jays only had 8 base cards in the set. But they did have a mini photo variation on the Jose Bautista. And it RULES! 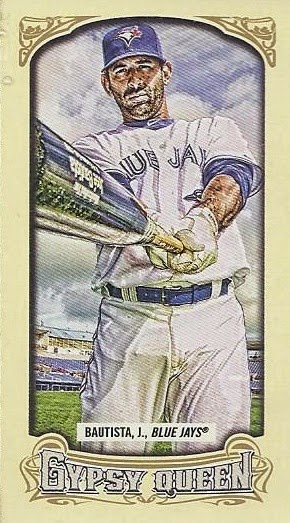 The only way this could be better if the lettering on the bat barrel happened to be reversed so it match the orientation of the photo. And if it were the base card so I could revel in the badass-ness of this card in all its full-sized glory.

And here are the regular minis. Only 3 out? I might finish this team set. 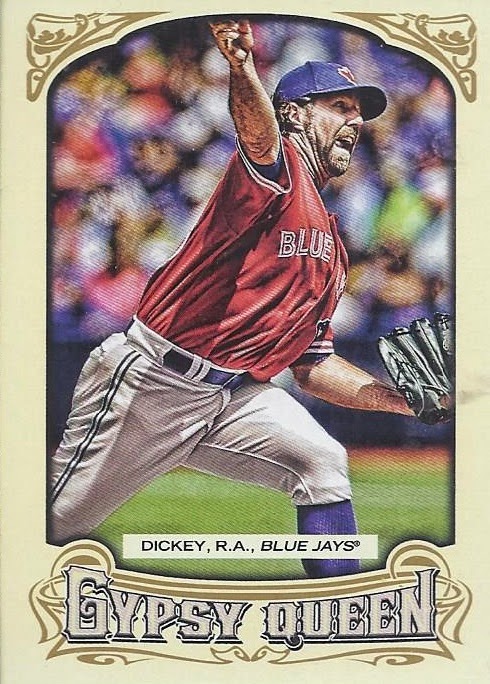 As for the base, I got plenty of those. Of the non-SPs, they ranged from 4 to 6 of each. If you think I'm picking anything but RA Dickey rocking the Canada Day variation as my favourite base card, you don't know me. 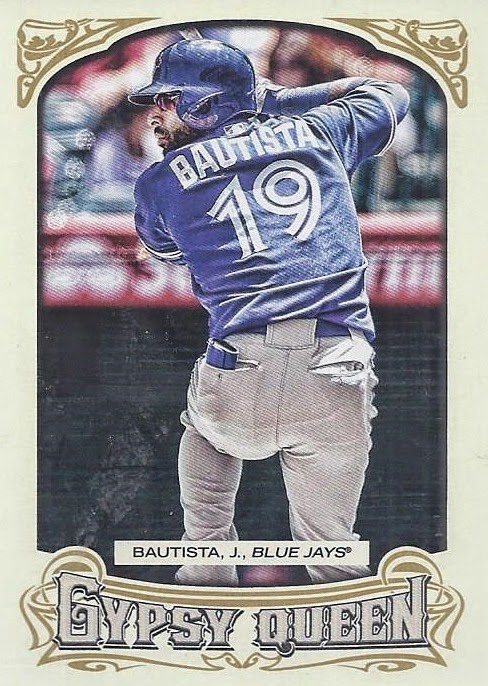 I also got a pair of Bautista SPs. Joey's the only SP among the Jays contingent in the set. You can also see that although a nice card, it doesn't compare to the variation. 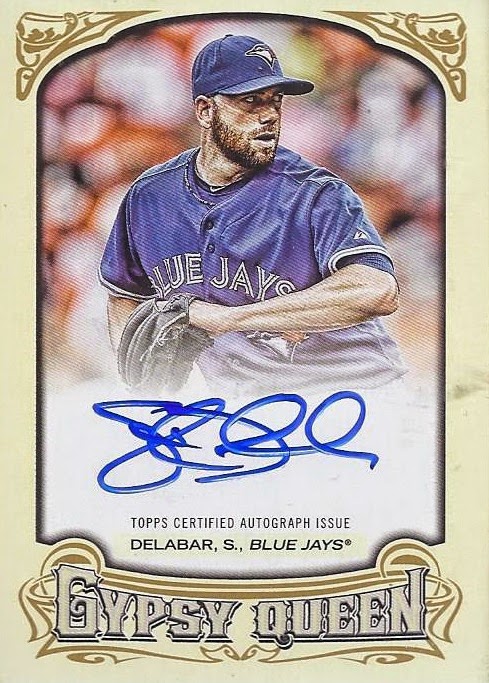 I think every case break I've seen has had one of these come out. Still, it is a nice autograph card of someone for someone who is making their certified auto debut in this year's releases. And a 2013 All-Star. #RaiseTheBar

And to go with it, a nice blue relic of Edwin Encarnacion. How can a Jays fan not be happy with a blue Blue Jays relic?


Posted by buckstorecards at 13:28