Not quite dime-box goodies - Part 12

Still digging through, and the end is in sight! One more post after this one and I can wrap up this box after 3 months! 9 pockets on a page. 9 cards in this post. Sounds right to me! 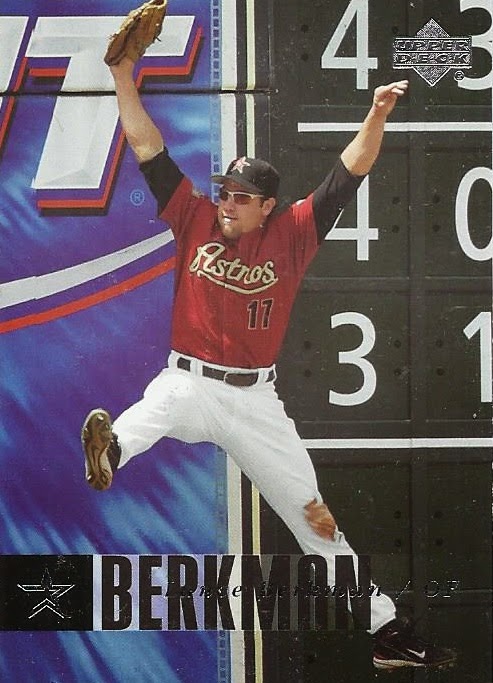 This card was one I was almost certain I already had. However, I wasn't certain enough to leave it in the box. At worse, it is a throw-in when I send it off to someone else. Turns out, I was wrong, as I couldn't find a second version of this card in any of my usual locations. So, this one becomes an easy addition to my awesome photo binder. 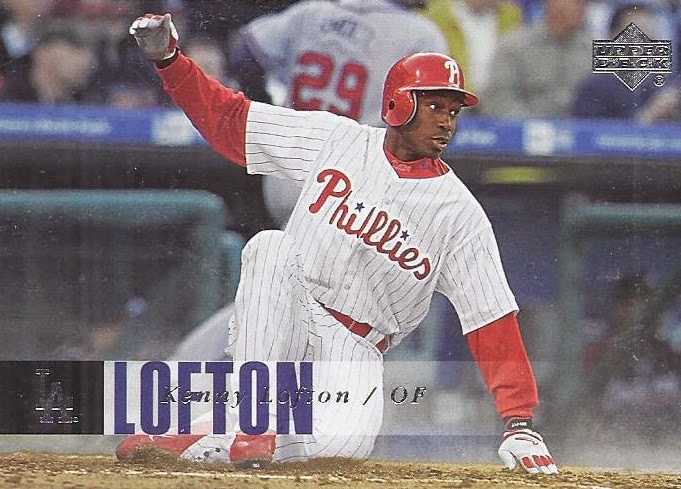 Man, Kenny Lofton had a lot of cup of coffee stops in the final third of his career. I remember he did make a stop in Philly, but the move to LA was completely forgotten. A nice cameo by John Smoltz adds to this post-slide card. More '06 Upper Deck. I'm not to crazy about rear-view shots, but here, with it being pre/post cap tip, it works nicely as Jon gets a nice ovation from those behind the dugout. And still another great shot from the same set. I swear that if I came across a dime box full of mid/late 00's UD, you might need the Jaws of Life to extract me. 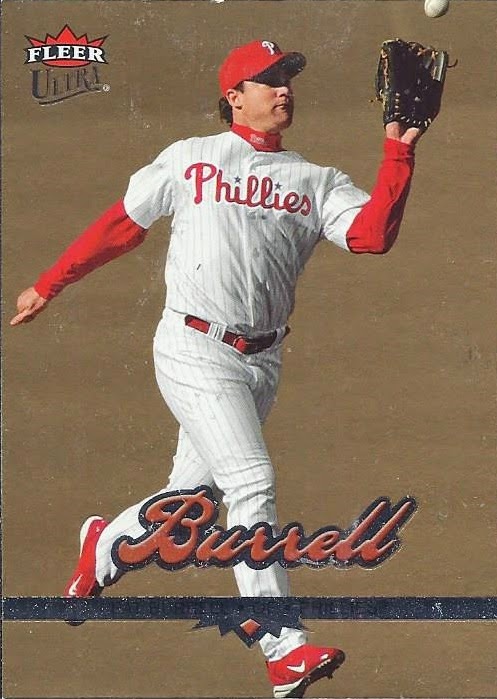 I've said in the past that I dislike cards where the background is eliminated. But here, with the ball visible as it gently drops into Pat Burrell's glove - it kinda works. 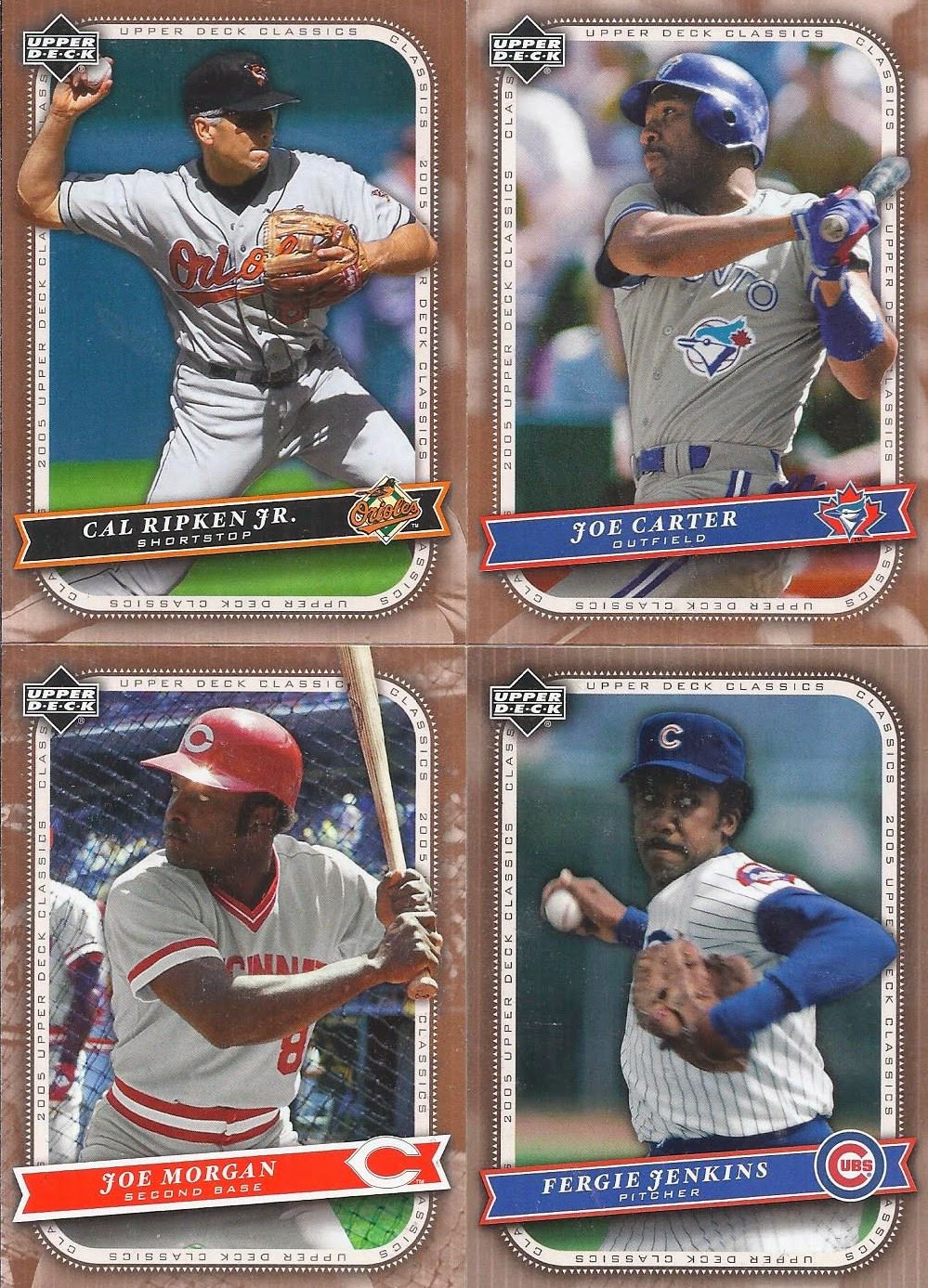 Posted by buckstorecards at 15:51